A consultancy with a creative way to collaborate in person

The ways we work have fundamentally changed. People no longer seek just work-life balance. They want the power to choose when, where and how they work. They want the freedom to create their own schedules, to do work they find meaningful, and to be in a space that suits their unique needs. Gone are the days of a one-size-fits-all nine to five. In All the Ways You Work, WeWork members share how they’re reimagining their professional lives and thriving in this new world of work.

The employees at Anne du Boucheron Inc., a New York City–based consultancy for artists and photographers, began working from home last March like everyone else. As a small company, they were able to transition to the new normal relatively quickly. However, in September, when Anne du Boucheron, the founder and CEO, hired a new employee, she began to seek out options for getting her team back together in the same space, even just for a few days.

‘I didn’t feel that on-boarding someone without having consistent time together [would work],’ she says. ‘Even if you’re on Zoom with your team, you’re not doing eight hours of it. Whereas if you’re in the same space, they hear you the whole day and can ask questions. It just feels much more organic.’

Du Boucheron’s consultancy plays a variety of roles depending on the client. It is a traditional agency in that it helps artists find work and negotiate contracts, as well as providing more strategic initiatives, such as brainstorming the creative direction of an artist’s career.

‘So much of what we do is about tone, the way we talk to clients and artists, and how we think through ideas with them, so one of the best ways of learning is by seeing somebody else do it. That’s how I learned a lot of what I know,’ she says. ‘It’s not so much the formal training, but it was being able to be a fly on the wall and listen to others.’

As such, it was important for du Boucheron to figure out a way to have some quality time with her team, including the new employee, without leasing office space full-time. She’d heard of people renting conference rooms for a day and thought that might be the solution, so she searched on Google to see what she could find.

When WeWork On Demand popped up as an option, du Boucheron was surprised. She’d heard of the brand before, but hadn’t realised there was a new app that allows people to book spaces at numerous WeWork locations whenever they wanted without a longer contract. The WeWork On Demand app lets people book workspace on a daily basis in 190 WeWork locations across 11 cities in the US, with no monthly commitment.

‘I really like the fact that [On Demand] doesn’t tie me up. It’s not overburdening from a financial perspective. You don’t feel like, “Oh, I’m paying for this, so I have to go to the office.” You can just adjust it as you go.’

At first, the team planned to meet twice a week on Mondays and Tuesdays, the days du Boucheron’s son went to school in person, for just a few weeks. The plan was to help their new team member understand the company culture, best practices, and guidelines. But du Boucheron and her colleagues ended up really enjoying the experience of being able to work together again. They continued to meet each week, long after the on-boarding process was finished.

‘It’s great to be around people again, to have the team together,’ she says. ‘Sometimes they even meet without me because they want more days in person, so they can just go onto their app and get a WeWork somewhere convenient.’

Using On Demand, du Boucheron’s team has worked from multiple locations over the past couple of months. They started with WeWork 199 Water St in Lower Manhattan because it’s near to du Boucheron’s son’s school. They also worked in WeWork 134 N 4th St in Williamsburg, close to a few of their homes, and in WeWork 980 6th Avenue, close to the Empire State Building and near an employee’s partner’s office building.

‘I think if [the space] were crowded, I wouldn’t feel as comfortable. But [WeWork does] a good job of managing the number of people allowed in. People wear their masks and are socially distanced. It’s very respectful in that way,’ she says.

Flexibility is another aspect that du Boucheron finds helpful about On Demand. ‘If we have a photo shoot on the West Side that we want to be able to pop into but also be in the office, we can just pick a location close to the studio. So it’s super-convenient.’ 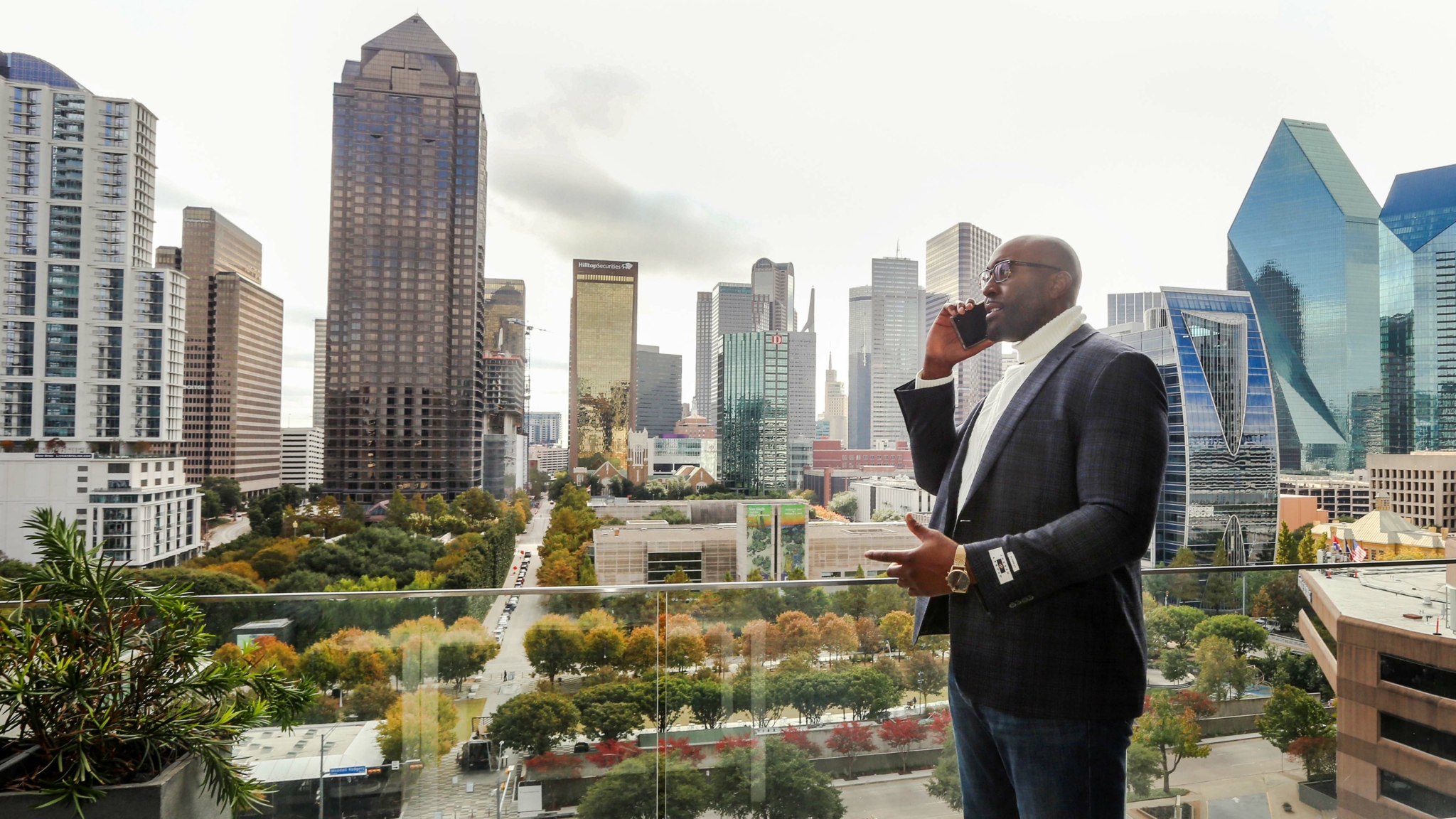 Breaking free from the monotony of working from home
By J. Agrelo 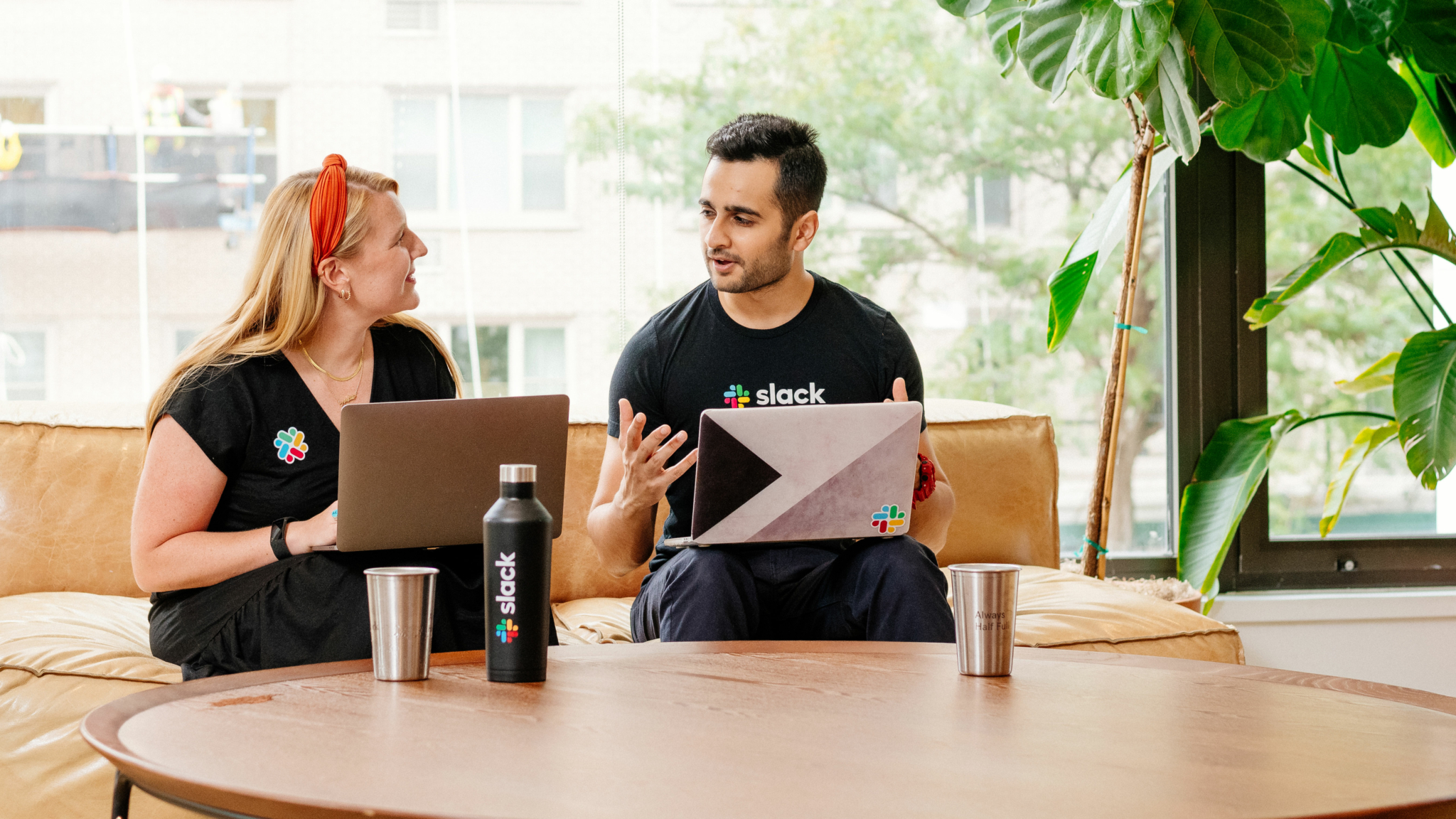 She has also discovered that being able to have a few days a week in person has helped with the company’s overall focus. ‘It’s almost like this non-verbal, magical thing that happens when a team gets together. So I think that’s very helpful,’ she says.

While du Boucheron and her employees usually work in the common spaces at the WeWork locations they visit, they sometimes take advantage of the phone booths for private calls or the conference rooms for longer strategy meetings. In the future, when there are more regular meetings with clients, they plan to book conference rooms in order to take advantage of the privacy.

Du Boucheron said that the kitchens are an unexpected perk as well. ‘We eat in the kitchen, and use the refrigerator and the coffee machine, which is really nice. It’s a good space to go when you don’t want to be staring at your screen for a little bit.’

While remote work might be the norm for the foreseeable future, du Boucheron seems to have found a solution for bringing her team together when they need or want to. ‘I find videoconferencing…such a step up from just the phone. But you do get something else from being in person—something that’s hard to replace,’ she says.

Charlee Dyroff is a writer and teacher from Boulder, Colorado.

Was this article useful?
Category
Member spotlight
Tags
ALL THE WAYS YOU WORK
ON DEMAND
FLEXIBILITY