From a tiny apartment to a dedicated workspace

Stifled by working out of a noisy apartment, this entrepreneur found space to think and flourish at WeWork 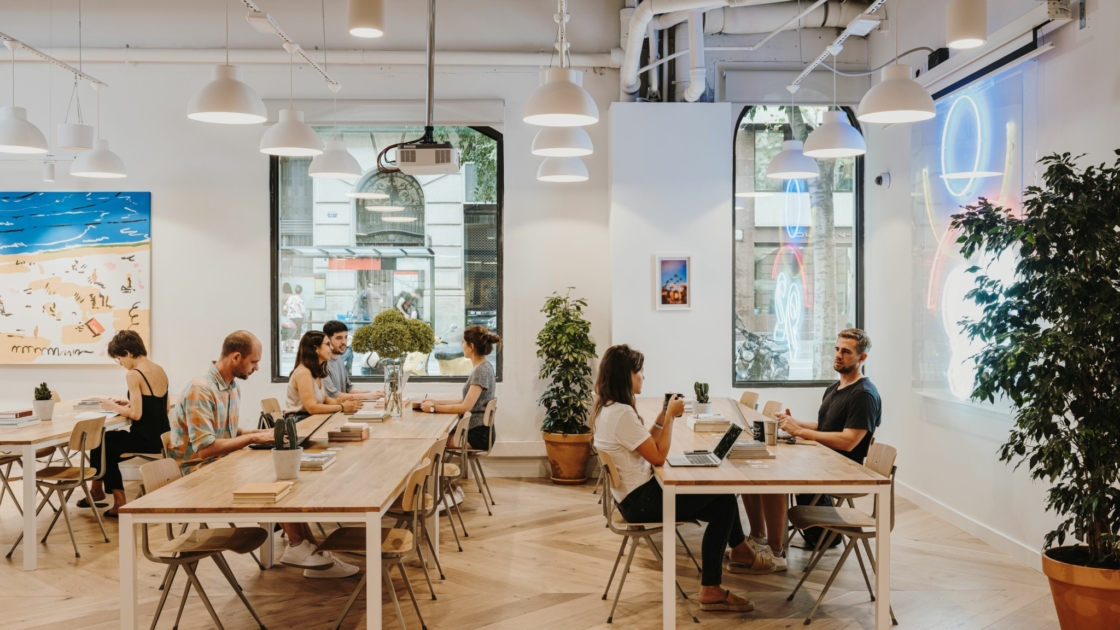 February 2020 was an important time for Jackie Geisler. The former personal trainer had just quit her job at a gym in order to launch her coaching business, Live Free Fitness, full-time. “I already had structure to my business, I already had clients, I already had recurring income coming in,” she says. “And so that was a blessing, because then the world just kind of crumbled because of COVID-19.”

In the early days of the pandemic, Geisler left New York City, retreating to the home of her boyfriend’s parents, where she worked out of their basement. “It was beautiful, and I’m so grateful for having that escape,” she says. “But there were challenges and hurdles.” Scheduling client calls around “family dinner” took some getting used to.

After six months, she and her boyfriend returned to New York City, where they both worked out of an under-500-square-foot apartment. “Good gracious almighty,” she says of their makeshift workspace. “We had a too-small desk we bought off Facebook marketplace for $20—its wheels were broken, the drawer handle was missing. One of us would be working from bed or at the dresser in our bedroom; the other was on the desk in the common living area. In an already distracted world with already short-minded individuals, it was obviously a pretty decent challenge.” Between simultaneous Zoom calls and her boyfriend’s video game breaks, the noisy apartment often made it hard to think.

At the time, Geisler was seeing a life coach, who suggested she work out of a shared workspace. Geisler was interested in the idea, but her business wasn’t making enough money yet for her to consider it. “It was a financial concern,” she says. “It was a question of whether I could invest in something like that for myself.”

Just to have a space where the magic can happen, where I can make that impact, has been absolutely game-changing.

Still, she browsed the WeWork site, optimistically subscribing to emails from the company. When she opened an email announcing a contest that awarded WeWork All Access passes during National Small Business Week last year, she applied. “I thought, I’ll enter, but I’m probably one of thousands applying,” she says.

To her surprise, Geisler was among the cohort of winning businesses. “It was like divine timing,” she says. “I was sitting at my cruddy little desk when I found out that I had the opportunity to use WeWork, which was insane.”

Joining WeWork was huge for Geisler and her business. “It was just something I really needed, but I couldn’t make it happen on my own,” she says. “I remember being so giddy. I was super excited about the idea of connecting with other entrepreneurs. I said goodbye to my little desk and my bed, and I started increasing my productivity by having a space that wasn’t that, which was amazing.” 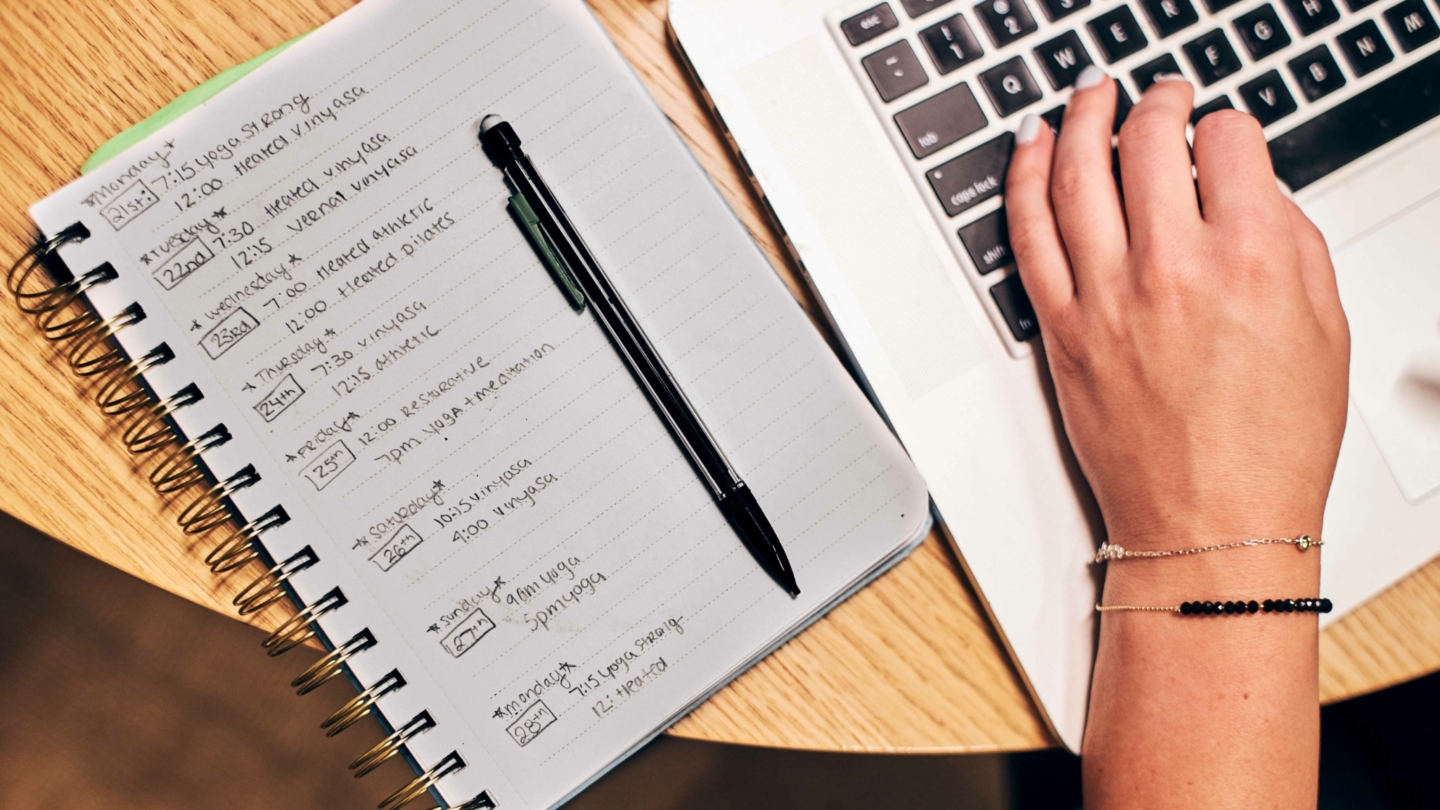 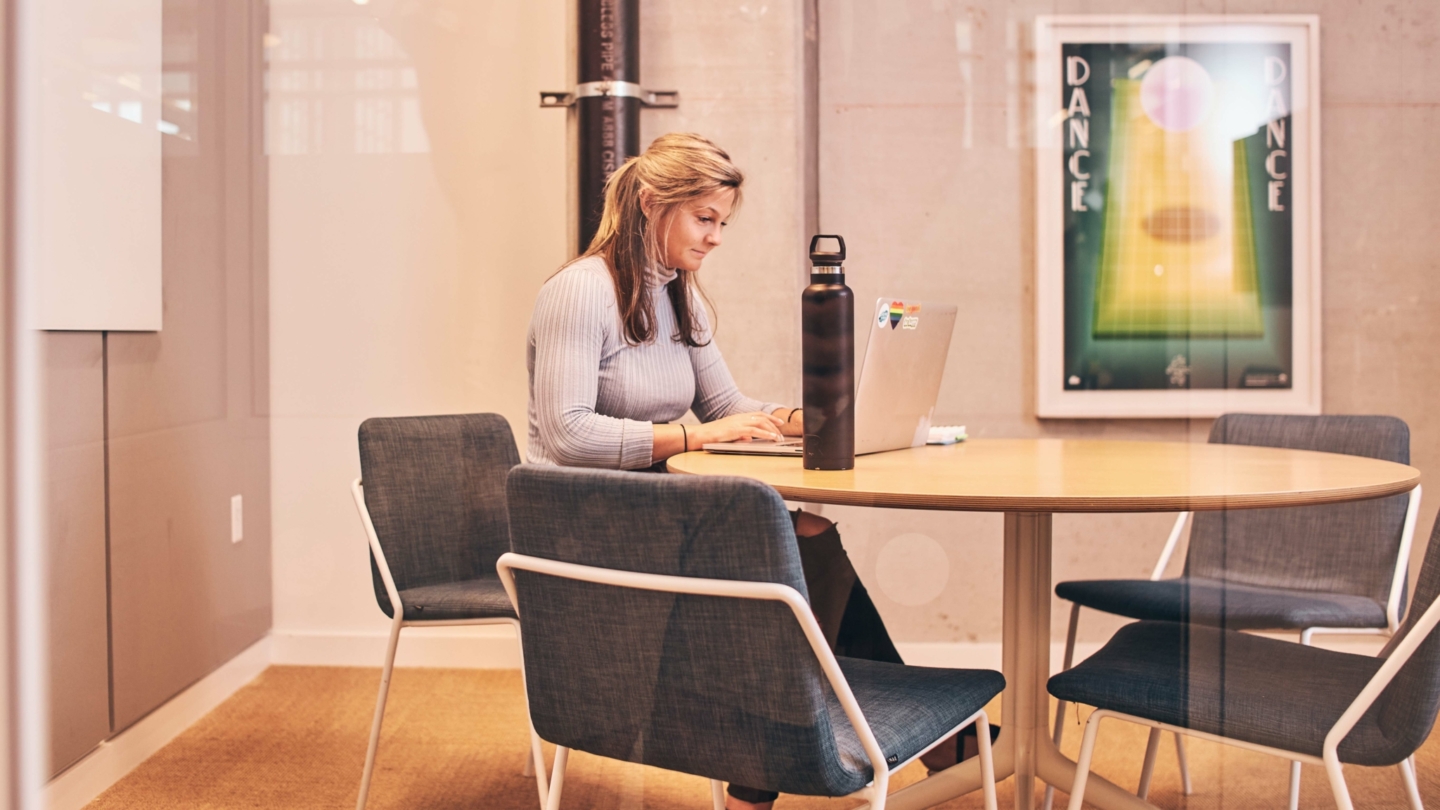 WeWork’s cozy corners and quiet conference rooms allow Geisler to focus on planning for the week ahead.

Geisler has come to treasure the distraction-free environment WeWork offers. “I am a big fan of silence,” she says. “I’ll use a silent room or reserve a private room, and just bring my lunch, spread out, and put my to-do list on the white board. I love being able to spread out and have a space that is mine where I can be for four, five, six, seven hours—without another person yelling at Call of Duty.”

Finding a new work environment has allowed Geisler to focus even more fully on the clients she coaches—and expand her services to address the idea of better living with a more holistic approach. “It’s one thing to be healthy but not happy, or happy but not healthy. But it’s something entirely different when you can be both healthy and happy in all cylinders of your life,” she says. “I want to take women who are living passively and reactively and letting life happen to them, and set them free to live their life intentionally and authentically.”

For Geisler, there’s a sense of freedom in belonging to WeWork. She appreciates the flexibility of being able to work in any WeWork location—whether at home or while traveling. “I’m working part-time at a gym as a hobby, and it’s nice in between sessions or shifts just to bop over to the WeWork that’s less than half a mile away for a couple hours,” she says. “And a few weekends ago, I was in Miami for a conference, and it was really nice to get up in the morning and bop into a WeWork there to get work done.”

That flexibility will be even more important as Geisler takes her show on the road—she’s leaving New York City to travel more extensively, but she knows WeWork will always be there for her. “There’s a real benefit to having a good space to lock down, set up shop, and grind,” she says. “Just to have a space where the magic can happen, where I can make that impact, has been absolutely game-changing.”

Was this article useful?
Category
Member spotlight
Tags
ALL THE WAYS YOU WORK
FLEXIBLE SPACE
ALL ACCESS