Is your workplace ready for Gen Z?

Gen Z is entering the workplace in a time of unprecedented uncertainty. Supporting them will be critical

Work by the Numbers is a deep-dive into the biggest trends, research and surveys in the world of work and property.

Generation Z has entered the workforce during a once-in-a-century global pandemic, and it has completely changed the trajectory – and stability – of their collective career paths. Before 2020, it seemed that they would enjoy a job market with low unemployment after a decade of steady growth. But that all changed overnight.

Gen Z is roughly defined by those born in 1997 and after. This group grew up with streaming video and smartphones. Now they find themselves entering a job market upended by COVID-19. The transition from student to employee is never easy, but the uncertainty of the pandemic makes this period all the more difficult. These challenges have taken a toll on working-age Gen Z-ers, giving rise to high levels of anxiety and depression and potentially making them prone to burnout and more likely to job-hop.

According to Adobe, Gen Z will make up 27 per cent of the workforce by 2025, and, like it or not, Gen Z is already becoming the dominant consumer group and culture driver. Companies will need to appeal to this generation if they want to stay relevant and competitive. While Gen Z’s identity is still forming, it’s critical that employers understand the unique challenges this generation faces and support them as they begin their careers. If they don’t, they risk getting left behind.

Even before the pandemic, Gen Z-ers grew up under a cloud of uncertainty. The Great Recession loomed large. Gen Z didn’t experience the economic downturn professionally, but from an early age, many had witnessed parents and older siblings struggle with job loss and financial difficulties. This early exposure to economic uncertainty left this generation pragmatic and skeptical when it comes to their careers.

Gen Z will be the most educated generation in history, with 57 per cent enrolled in a two- to four-year higher education programme versus 52 per cent of millennials and 43 per cent of Gen X. But those high levels of education come with crippling levels of student loan debt. In the United States, according to Experian, the average Gen Z student held an average of US$17,338 in student debt in 2020, a 39 per cent increase over 2019 and well on a path to soon match or even exceed previous generations.

Diversity, inclusion and social responsibility are key concerns for Gen Z, which is on track to being the most racially diverse generation ever, according to the Pew Research Center. They’re the most likely to report knowing someone who uses gender-neutral pronouns. Half of those surveyed said society is not accepting enough of individuals who do not identify as ‘man’ or ‘woman’, the highest of any generation.

Most concerningly, Gen Z report struggling with mental health more than their older counterparts. According to an August 2020 survey of 3,409 US adults from the American Psychological Association, Gen Z adults (ages 18 to 23) reported an average stress level of 6.1 out of 10, the highest of any generation, with all adults reporting an average level of 5. An astounding 75 per cent of Gen Z adults reported that they’ve experienced one or more symptoms of depression. The study cites both the uncertainty of the pandemic and a persistent sense of crisis and social unrest as potential causes. It’s clear that Gen Z is bearing the psychological brunt of these uncertain times.

What does Gen Z want from the future of work?

Many of the anxieties felt by Gen Z colour their experience of the workplace. In a 2021 survey conducted by Adobe, 59 per cent of Gen Z respondents reported feeling dissatisfied with their job. Struggles with a work-life balance, long working hours, time stress and a lack of flexibility were other leading causes of dissatisfaction, with 57 per cent saying they felt pressured to be reachable at all times of the day.

So what does Gen Z want out of work? The answer is nuanced – and points to possible success with staggered working days that cater to workers’ productivity ebbs and flows. Adobe found that 62 per cent of Gen Z surveyed globally said they felt pressured to work from 9 a.m. to 6 p.m., despite feeling more productive at other hours of the day. Twenty-six per cent reported feeling most productive from 6 p.m. to 3 a.m. – nearly 10 points higher than any other generation reported feeling during that time.

Research shows that Gen Z favours a return to the office, just not full-time. This could spring from the 72 per cent of Gen Z employees who lack a dedicated home office space and the 86 per cent who share their home with at least one other adult. They want the social benefits of in-person work – and 41 per cent identify mentorship as something they miss while working remotely. According to a survey by YouGov, nearly 50 per cent are concerned that remote work is hurting their career progression and ability to get promoted. Twenty per cent want to work from the office every day, the highest of any age group, but 70 per cent would prefer a hybrid work set-up.

Gen Z employees want more out of work than just flexible schedules. In a survey conducted by the Workforce Institute in 2019, 51 per cent of Gen Z respondents said they were motivated by enjoyable work. With 57 per cent saying they expect to be promoted once a year, career advancement and meaningful recognition are also big motivators.

This generation has a lot to offer employers. They are digitally savvy, and come with both socially conscious world-views and higher levels of education than the current workforce. To attract and support Gen Z employees, employers would be wise to focus on three main areas: trust and mentorship, meaningful diversity and inclusion, and mental health.

In survey after survey, Gen Z workers expressed a keen interest in mentorship and growth opportunities at work. A 2019 survey from the Workforce Institute found that 44 per cent preferred to work with their teams in person, 43 per cent said they preferred hands-on training and in-person orientations, and 75 per cent said they preferred to receive feedback from their manager in person. Trust is vital, with 47 per cent saying they want a leader who trusts them, topping the list of traits they want to see from management.

This generation isn’t interested in hollow gestures when it comes to diversity and inclusion. They’re looking for companies with ethical leadership and business practices. Many feel that minorities are not well represented in the workplace. This concern weighs heavily when considering job opportunities. In a survey of over 5,000 US high school and college students conducted by Tallo in September 2020, 69 per cent of respondents said they would be far more likely to apply to a company that emphasised diversity and inclusion in their recruitment process. One in three reported avoiding opportunities where they suspect they will be treated unfairly because of their gender, ethnic or racial identity. It’s critical that from recruiting and promoting to the ways in which a business operates, diversity and inclusion must play a key role. 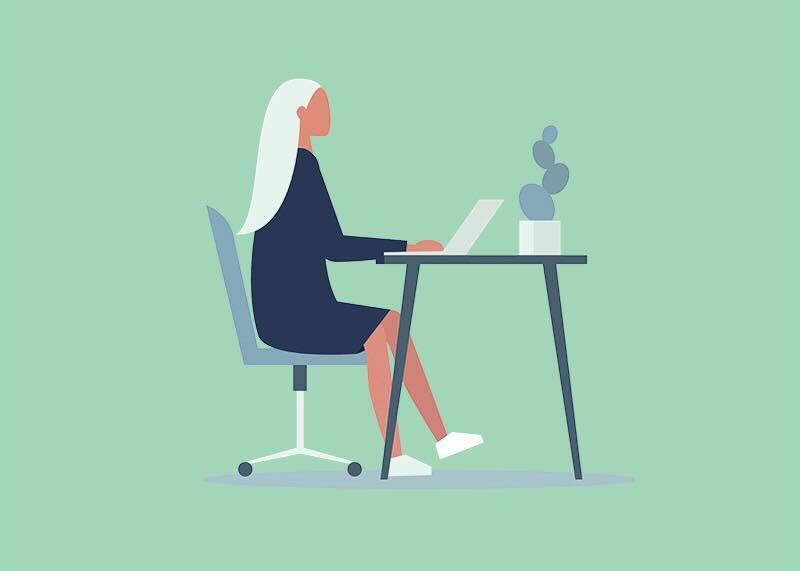 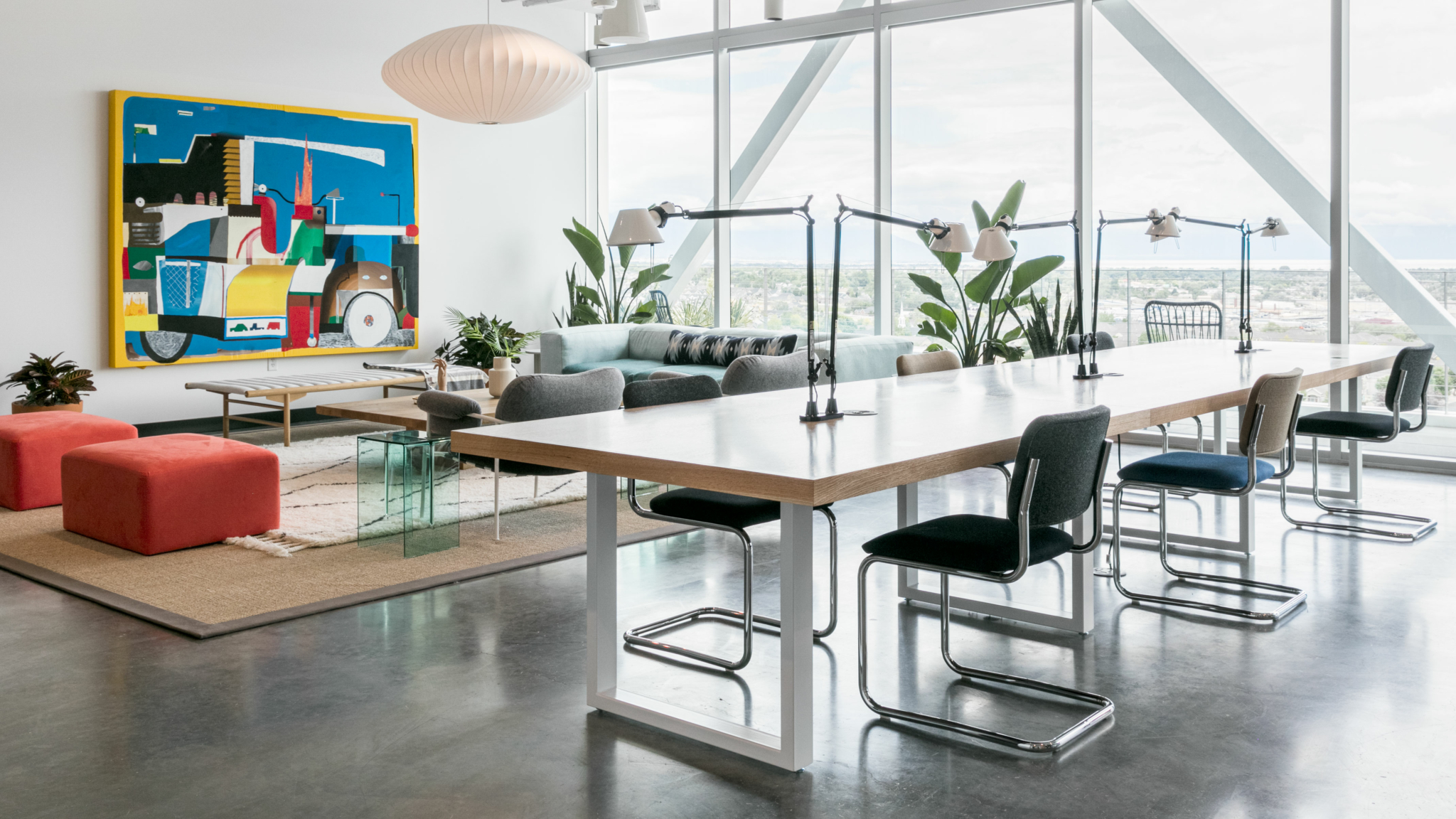 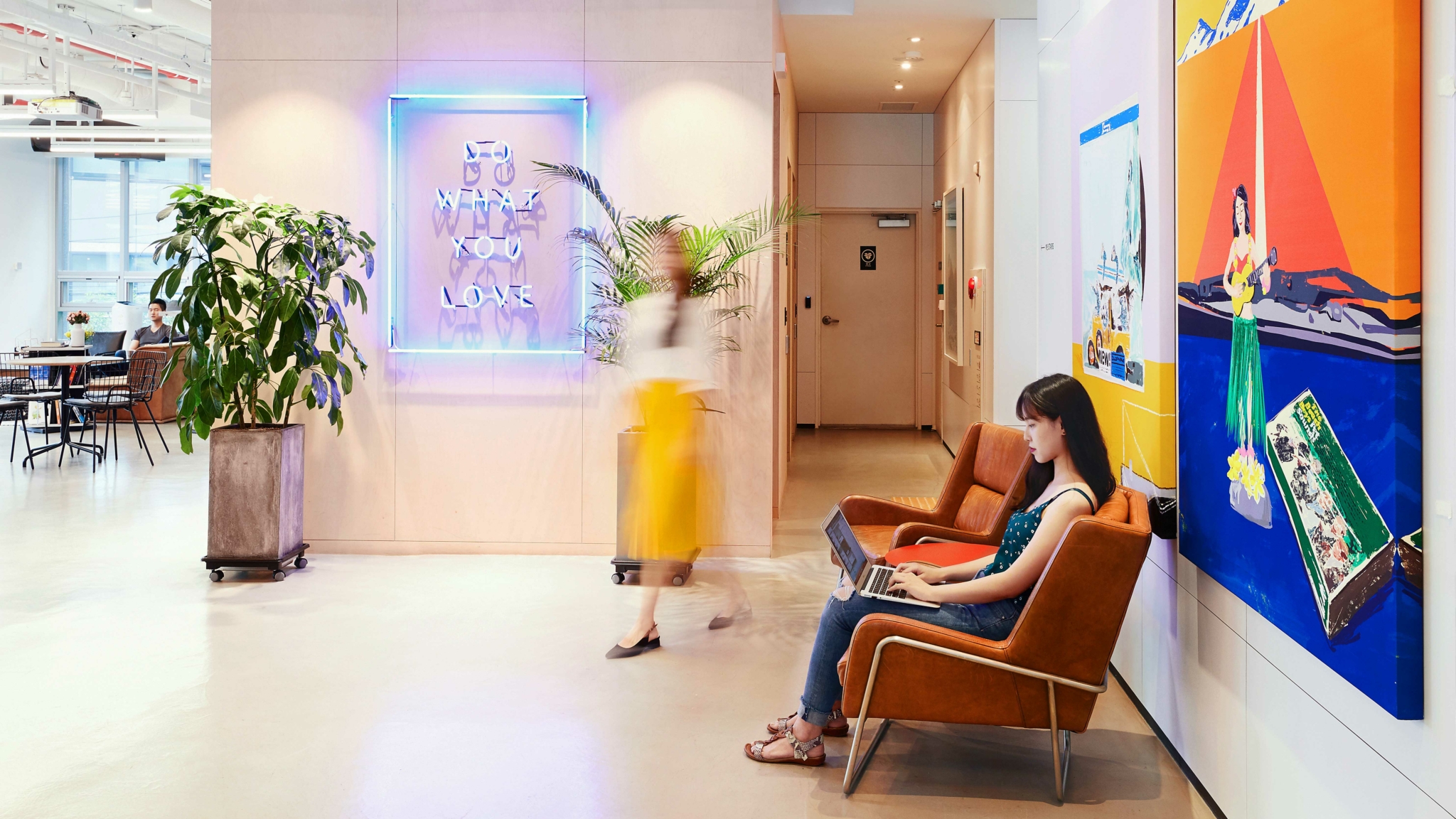 With the startling levels of anxiety and depression among Gen Z, it’s critical that employers prioritise the mental health of their employees. In a survey from Gallup carried out before the pandemic, Gen Z ranked a focus on well-being as their number one priority from the workplace. One third – 31 per cent – want their employers to offer mental health days, and 37 per cent want flexible working hours.

Despite the troubling mental health statistics, Gen Z remains hopeful: 64 per cent report feeling optimistic about the future. Maybe that hope is what keeps them from settling for jobs that aren’t serving them. According to Adobe, 56 per cent said they are likely to pursue a new job in the next year – that’s seven points higher than millennials and 25 points higher than Gen X. A Bankrate survey from August 2021 puts this number at a staggering 77 per cent. While that level of resignation is unlikely, it’s clear that Gen Z workers are more prone to leave their jobs than any other generation.

Every generation faces its own set of obstacles, and those faced by Gen Z are daunting. That adversity has created a pragmatic, independent generation ready to build a better future not only for themselves but for older workers, and for those who come after them. Whether that future involves working for your business will be determined by the ability of the company to offer a focus on mental health, diversity, mentorship and flexibility.

Was this article useful?
Category
Research studies
Tags
MANAGEMENT
TALENT AND RETENTION
WORK BY THE NUMBERS