What is employee well-being, and can employers boost it?

Work by the Numbers is a deep-dive into the biggest trends, research and surveys in the world of work and property.

During turbulent times, the human tendency is to check in with ourselves and ask, ‘Am I OK?’ For millions of workers around the world, the answer to this question is a complicated one. Between the COVID-19 pandemic and increases in the cost of living, it’s easy to understand why people might be feeling overwhelmed. Well-being is top of mind, at home and at work.

Employees are looking to companies to create a work environment that supports their needs and enables them to do their best work. The stakes are higher than ever: 11.5 million people in the US left their jobs in the second quarter of last year, according to the United States Department of Labor, the highest rate of resignations in over 20 years. That doesn’t mean everyone is going to quit tomorrow, but those numbers should give employers pause.

Companies that place an emphasis on worker well-being see higher engagement, experience less turnover and find it easier to attract talent. Every company wants to be a place where employees feel engaged, excited and proud to work. But what does well-being actually mean? And how can companies create an environment that promotes it?

A stressful world has employees asking for help

A recent study by NPR paints a staggering picture of how the pandemic, and specifically the Delta variant, has affected the American public. The survey of 3,616 adults found that 38 per cent of US households reported facing serious financial difficulty, with Latino and Black households struggling the most, at 57 and 56 per cent, respectively. People with children reported added pressures: 20 per cent of households struggle to find adequate childcare to allow them to return to work, and 69 per cent say their child is falling behind at school.

Another troubling finding is the emotional stress caused by the rise of hate crimes in the US. One in four Asian households said that they feared they would be threatened or physically attacked because of their race. This same sentiment was felt by 22 per cent of Native American households, 21 per cent of Black households and 8 per cent of Latino households.

All of these factors are taking a toll on mental health. Half of those surveyed by NPR said someone in their household experienced severe problems with anxiety, stress, depression or insomnia in the last few months.

These anxieties appear to also be on the rise in the workplace. Out of 1,500 US workers recently surveyed by Indeed, 67 per cent report that burnout increased during the pandemic. Another study by YouGov found that the ‘Sunday scaries’, a common anxiety that some employees feel on Sunday as they anticipate the coming workweek, is on the rise.

In a recent survey by Deloitte, 80 per cent of 6,000 global workers said well-being should be a top priority for their employer. All of this stress, burnout and social anxiety make well-being in the workplace all the more critical, and employees are begging for help.

What is well-being at work?

Workplace well-being is a blanket term for all aspects of working life. It includes how employees feel about the physical quality and safety of the workplace, the social environment and the work they do.

Well-being in the workplace can be broken down into four main categories:

Career: do you like what you do every day?

Employees who feel that their work is meaningful and see realistic opportunities for growth and development tend to report higher rates of wellness at work. In a recent YouGov survey of over 9,000 US employees, 55 per cent of all employees surveyed feel like their job makes a meaningful contribution to the world, and of those, 88 per cent also report feeling fulfilled by their work.

On the other hand, those who don’t feel like their work is meaningful or don’t see growth opportunities in their career are more likely to experience stress, burnout and other mental health issues. In a 2021 report from the American Psychological Association surveying 1,501 US employees, 52 per cent said that a lack of professional growth contributed to stress in the workplace. This figure is up from 44 per cent, when the same survey was conducted in 2019.

Social: do you have meaningful relationships?

While employees appreciate the flexibility of remote work, there is a risk that increased isolation while working remotely could take a toll on their mental health. In a 2017 survey by Gallup of 195,600 US employees, 70 per cent said having a friend at work was the most crucial factor in their happiness in their job. Social isolation, in general, is associated with increases in depression, stress and other long-term health issues. A flexible work schedule with coordinated in-person meeting times and social events can help employees form fruitful relationships at work.

Physical: do you have the energy to get things done?

Employees who are able to carve out time to take care of themselves are more likely to enjoy their work. Sleep, in particular, is critical. Lack of sleep slows down thought processes, impairs memory, makes learning more difficult and increases the risk of depression. While companies can’t realistically make sure employees get enough sleep, they can foster a culture where employees don’t feel pressure to work excessively long hours or at nights and weekends. It’s also well established that exercise can improve mental health, so benefits that include fitness reimbursement could go far in improving physical well-being.

Financial: do you have enough money to live comfortably?

It’s a no-brainer that higher wages lead to happier workers, but the rising cost of living in many cities is adding pressure on lower-earning employees. Rents in the US have sky-rocketed, increasing 11.4 per cent in the first six months of 2021 compared to an average of 3.3 per cent in 2017, 2018 and 2019 – and experts predict these increases will continue in the coming months. At the same time, wages have remained largely stagnant. And the strain of low wages is far-reaching. NPR found that 59 per cent of respondents earning less than $50,000 a year experienced financial hardship versus just 18 per cent of those earning more than $50,000 a year.

Low wages have an impact on employees as well as employers: in a study by the American Psychological Association, more than half of employees surveyed said low salaries affect their job performance.

How companies are supporting well-being

A recent survey by LinkedIn gives insight into what employees are asking for. Of the 5,291 US-based professionals surveyed, when asked to list what they wanted from their employers after the pandemic, 50 per cent included flexible hours and work location as being more important after the pandemic, 45 per cent included work-life balance, 41 per cent included better benefits including paid time off and healthcare, and better salary and workplace culture tied at 36 per cent. Offering competitive pay, attractive benefits and a healthy work environment is the baseline, but how else are companies trying to address employee well-being?

A study by the American Psychological Association found that 48 per cent of workers say that a lack of involvement in decision-making regarding remote work schedules, changes in the business, and matters related to HR and wellness contribute to stress in the workplace. Twitter has taken steps to let employees in on higher-level decision-making. These include establishing working groups with the CEO, frequent employee satisfaction surveys and a simplified talent development programme. The goal behind these measures is to bridge the divide between employees and leadership. Partly because of these efforts, Twitter enjoys strong employee engagement and frequently ranks as a top company employees want to work for.

Studies have shown that flexible hours have a positive impact on general employee well-being and happiness. Slack was one of the first companies to embrace the workplace flexibility trend, announcing early in the pandemic that employees would have the freedom to work when and where they prefer. To give employees a wide range of options, Slack has retained office space for employees and offers WeWork All Access memberships as well, giving employees a pass to hundreds of WeWork locations around the world.

Citibank made work-life balance a priority

Citibank took steps early this year to create a more distinct line between the personal and professional. They instituted Zoom-free Fridays, encouraged employees to use more of their holiday time, and moved to discourage scheduling calls and meetings outside of working hours. While the results of these efforts remain to be seen, stressful working conditions and long hours have long plagued financial institutions, so even small steps have the potential to make a big difference. 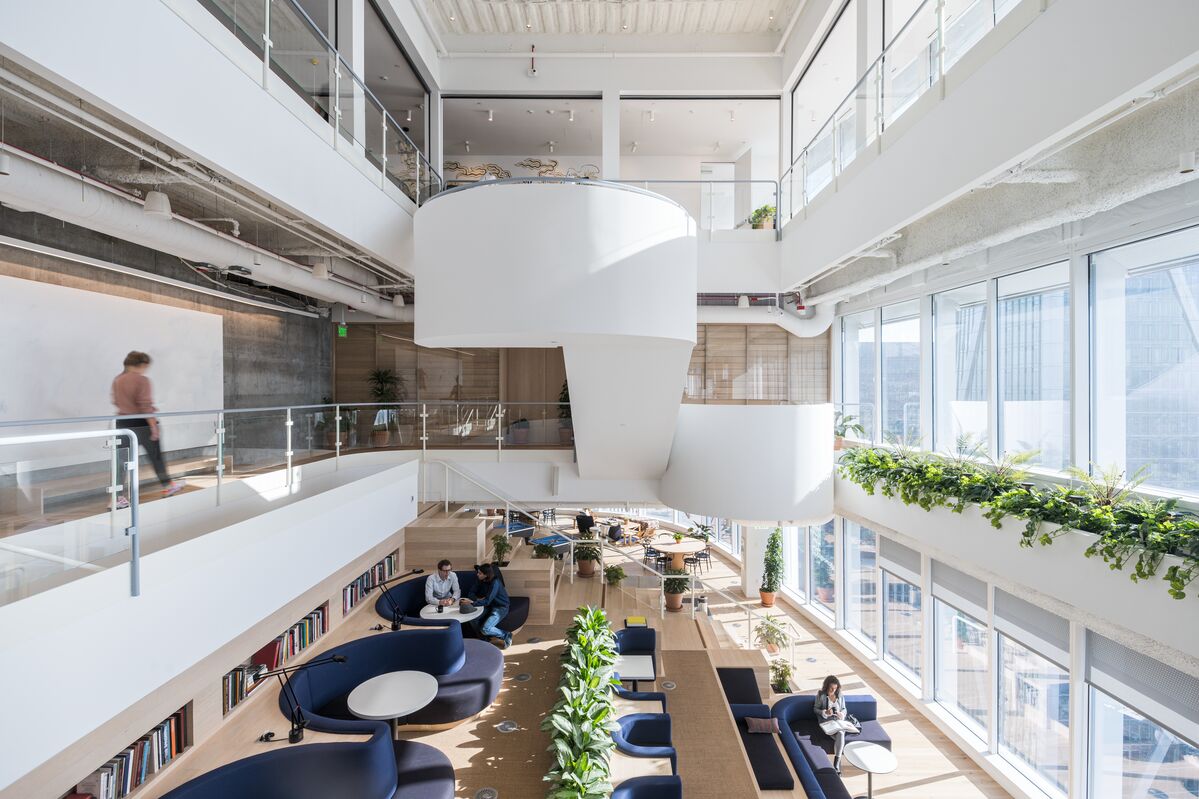 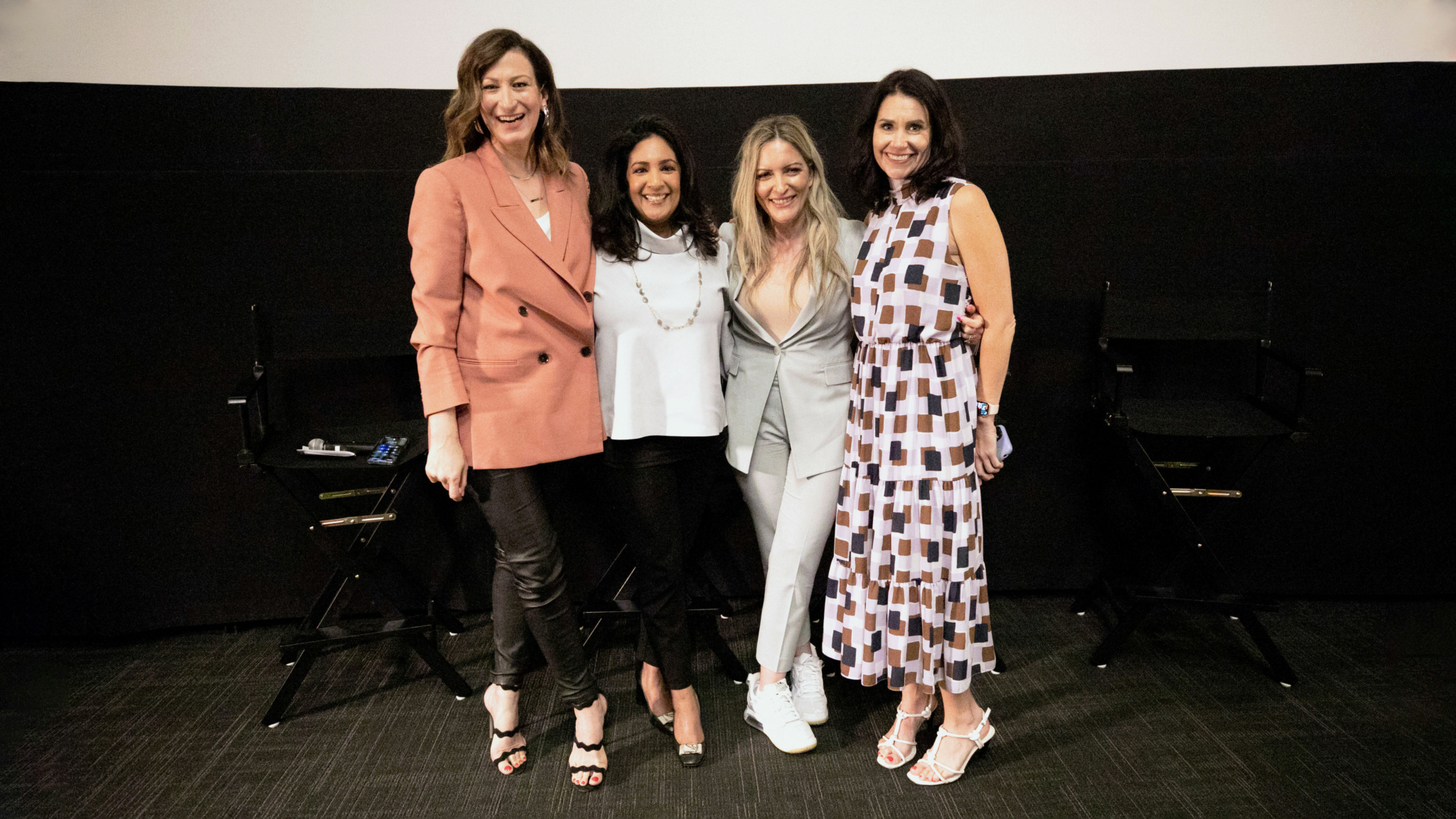 Seattle-based credit card processing company Gravity Payments got a lot of attention when the CEO announced that the company would raise its basic wage to $70,000 a year in 2015. The company has since reported increased revenue and signs that employees were thriving. The increase in pay has helped employees buy homes and have more children, and 70 per cent of employees were able to meaningfully scale down their debts. For Gravity Payments, easing part of the financial burden that some of their lowest-paid employees experienced made a huge difference.

Well-being can feel like a complicated undertaking. The flashy perks and gimmicky benefits that were popular a few years ago (table tennis tables, anyone?) didn’t end up endearing employees to their employers in a lasting way. And companies that offer competitive wages and benefits may still find themselves struggling with high burnout and low employee engagement if they don’t take extra steps to help employees out.

Empathy pays dividends. It’s critical that companies take steps to understand what employees are going through and tailor benefits to respond to the real challenges they face. Employees are willing to walk away from their jobs. Flexible work and compassionate leadership are here to stay. Companies that fail to make well-being a priority are likely to fall behind.