For many small businesses, office space is a game changer

The pandemic has been hard for everyone, but for small businesses trying to get off the ground, it’s been especially trying. When COVID-19 hit, mobile app development company Appdrop had to shut its office in the San Francisco Bay Area, sending both cofounders to their respective hometowns—one to Nashville and the other to Washington, D.C.

“It was definitely difficult transitioning to remote work. We’re already introverted, and now it’s that much more difficult,” says Appdrop cofounder and CEO Kamar Mack. Not being able to be in the same room makes it that much harder to complete the long list of to-dos that go into building a business: everything from ideating and executing product ideas to securing funding and hiring people.

A long-distance cofounder relationship was also the case for Ian Mukherjee, cofounder and head of engineering at Kouch, a gaming platform where fans can play against celebrities. Mukherjee lives with his cat in a studio in New York’s Financial District, while his cofounder is all the way in Florida. “My cofounder and I have been working a world apart,” Mukherjee says.

Mack and Mukherjee were part of a group of small business owners who recently found out via a Zoom call that they had been awarded five WeWork All Access passes for them and their teams for the next six months. WeWork launched the contest that awarded the passes during National Small Business Week to acknowledge all the troubles small businesses have faced this past year. WeWork All Access allows teams to work from hundreds of WeWork locations around the world.

Among the many difficulties of long-distance teamwork has been forming a sense of cohesion. Supertext is a localization and translation agency with leadership in Los Angeles, Zurich, and Berlin. “We’re global by nature, but through the pandemic with travel restrictions, we really missed [having] a shared experience,” says Kristy Sakai, CEO of Supertext USA. With WeWork All Access, Supertext team members can be in different cities but still be within WeWork locations. That’ll give them a shared experience so they can “still feel like one team across different locations,” says Sakai.

Clean energy company Ecogy Energy has been growing like crazy—a positive during this time. The company, which operates renewable energy projects across several states primarily in low-income communities, has tripled in size in the past three years. But it’s expanded to the point where lacking a central office is a noticeable handicap.

The business is “headquartered” in Brooklyn, but project manager Joel Santisteban says he needs to add an asterisk to that because “we’ve been fully remote for the past year and a half and making do,” he says. Santisteban apologized for background noise from outside, as he was videoconferencing from a café under the Williamsburg Bridge. “There will be a train going by,” he says. With WeWork All Access, Santisteban looks forward to being able to gather the team in a proper office in Williamsburg someday soon.

Not having a space to come together has been a problem for businesses—but so is not having adequate space, period. The hardest part of the pandemic, says Jackie Geisler of Live Free Fitness LLC, has been living and working from a New York City apartment the size of her parents’ walk-in closet in New Hampshire. “My boyfriend is right on the other side of this door working from the bed,” she says.

It’s a scene familiar to many who work in shared home spaces. Dailyhuman, a technology company that allows people to treat friends to their next visit to any US restaurant, recently secured funding. They grew the team, which is spread out from Tel Aviv to Melbourne, and flew everyone to New York, where they met in the founder’s house.

“The whole time I was thinking: I need a whiteboard, I need a conference room, I need this, I need that,” says Zi Xie, chief business development officer at Dailyhuman. Having access to work materials and space would allow the company to have fun and build culture but also to “get [stuff] done,” she says. “It would be amazing to have access [to a space], so all of us can feel a sense of connection,” she says.

Salma Qarnain Shaw and Roderick Lawrence, cofounders of Black Man Films, have also been doing their best to grow their organization virtually. Their production company tells the stories of Black men and women and people of color. After launching last August, they’ve managed to shoot their first narrative short (in person) as well as collaborate with dozens of artists and meet with funders (virtually). Doing all of that during the pandemic was challenging, says Shaw.

Having access to workspace is essential for growth because it will enable the team to meet face-to-face with artist collaborators and funders. It will allow for more “generative work,” Shaw says, such as building up a production pipeline, forming a business plan, and having meetings with marketing and funding partners. The production house is currently talking to festivals around the world as well as major streaming services. Being able to bring visitors into a conference room with a whiteboard will be a huge step up, says Lawrence. “You don’t gain anyone’s essence unless you get to be with them in a space,” he says.

For these and the other winners of the WeWork small business contest, they’ll now have a space that’s just for work. They’ll be able to form connections with teammates, stretch out, and have quiet places to focus and a community with which to network—all elements necessary for them to realize their big ambitions. This year has shown us just how valuable a bit of space is in all aspects of our lives. 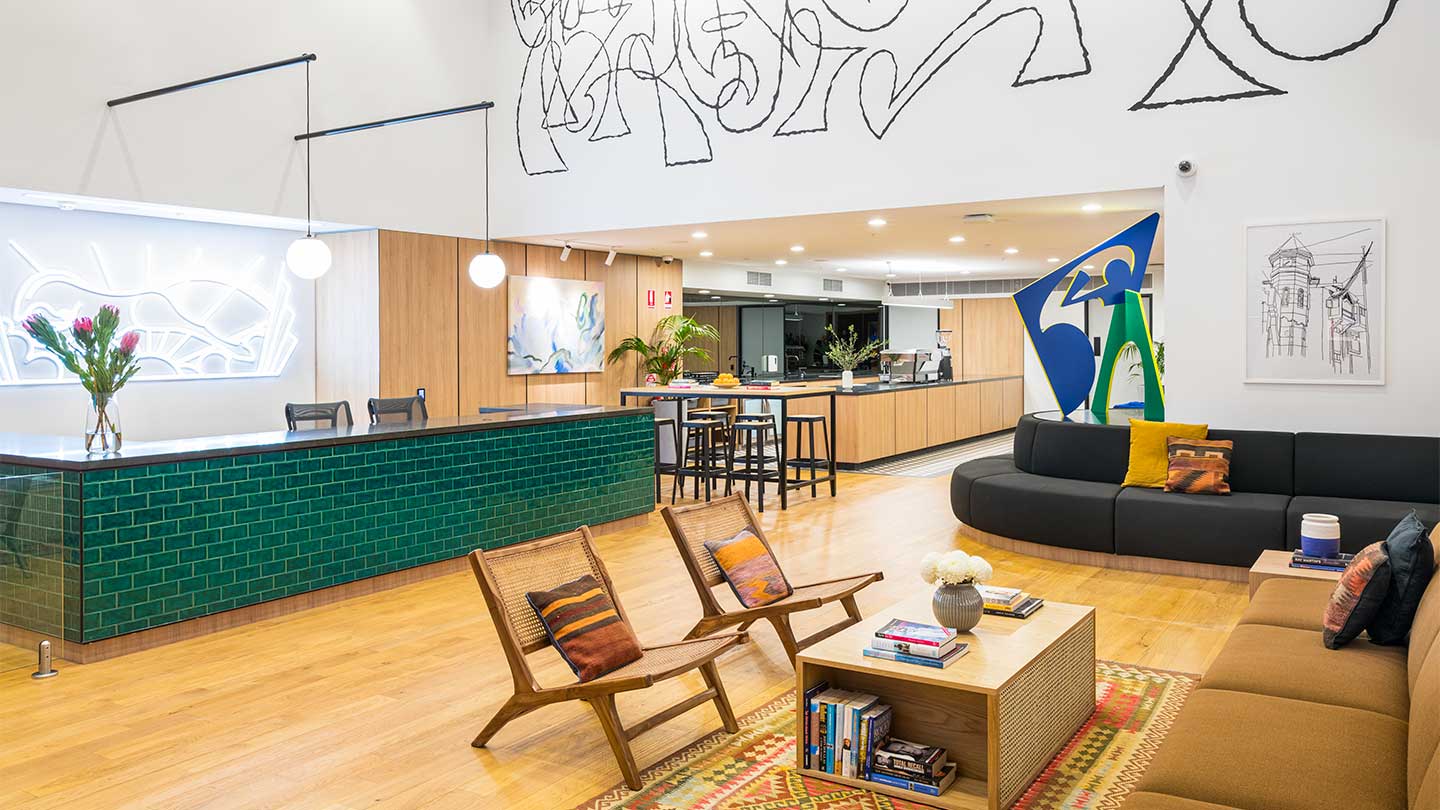 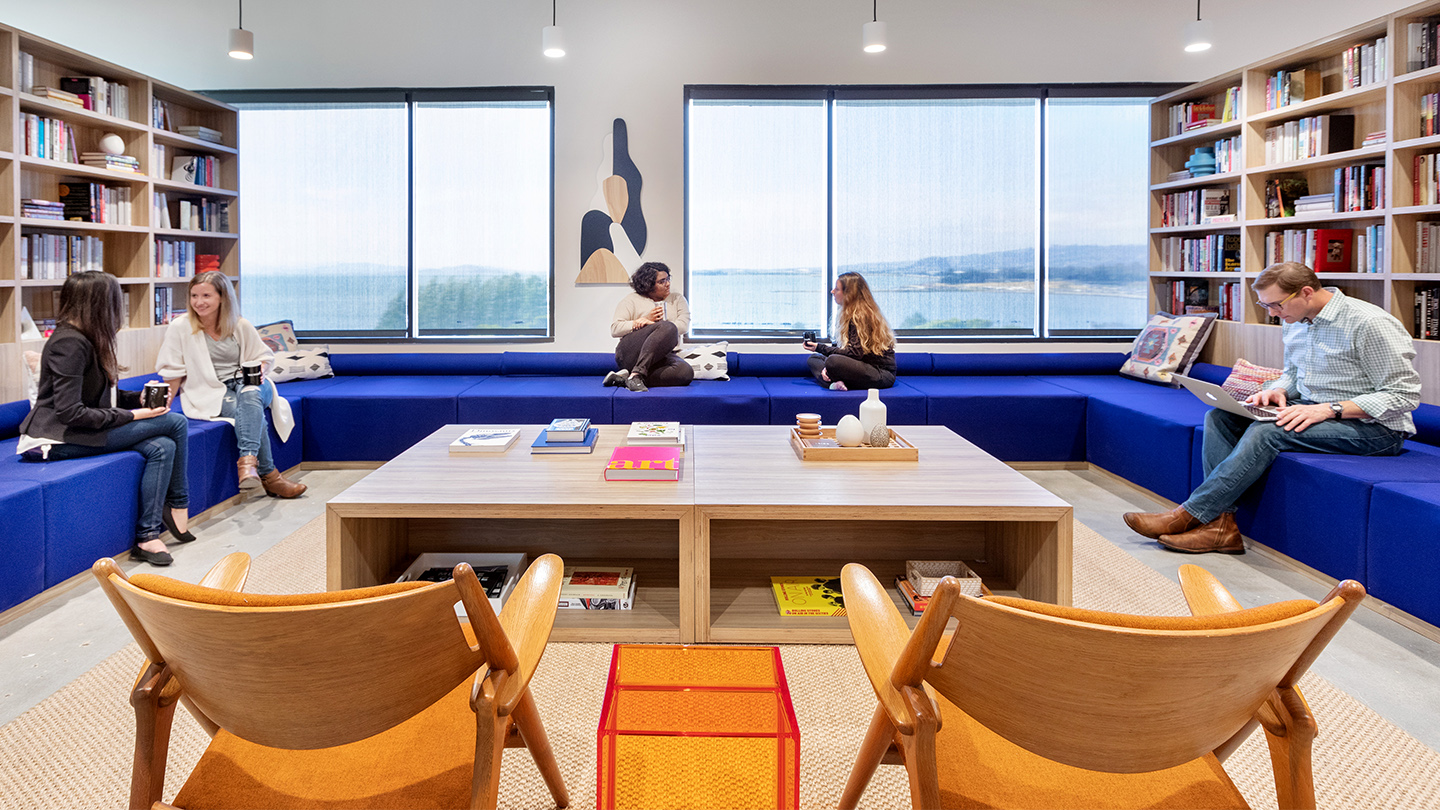 Anjie Zheng is the managing editor of Ideas by WeWork. Previously she was a reporter for The Wall Street Journal. Her work has also appeared in Fast Company, Quartz, and LitHub.