The world's most successful companies are incorporating indoor plants, vertical gardens, and courtyard landscaping into their office designs

There are certain design elements you can expect in a modern office space: open floor plans, motivational messaging, an impressive array of snacks, and—in many cases—lush office greenery. Gone are the days of gray walls and rows of cubicles. Some of the most successful companies in the world are incorporating indoor plants and courtyard landscaping into their office layouts.

When Apple announced plans for its Silicon Valley campus, the designs involved planting almost 9,000 trees. Inside Amazon’s Seattle headquarters, you’ll find “spheres” of more than 40,000 plants from around the world. And, of course, greenery is a staple in all WeWork coworking spaces.

“If your office has a rooftop or balcony, hold community events there and invest in greenery for your indoor space in the form of palms, potted plants, and other botanicals,” says VP of product and commercialization at WeWork Michael Hershfield. “Your employees and your company will benefit.”

One of the first studies into the long-term effects of office plants was conducted in 2014 by researchers in Australia, the UK, and the Netherlands. It examined three office environments over several months and found greenery significantly increases workplace satisfaction in employees, heightens self-reported concentration levels, and improves perceived air quality.

Office greenery and workplace happiness and productivity go together because of our appreciation for nature, the power of attention stimuli, and—according to one thought leader—the “friendships” we form with living things.

Biophilic design holds that natural environments evoke in humans a different response than urban environments. They give us a sense of being away; feeling relaxed, tranquil, and simply existing. And when introduced to sterile environments, natural elements can help in mental recovery and stress relief.

In an extensive literature review, Kaitlyn Gillis and Birgitta Gatersleben of the UK’s University of Sussex link indoor plants to stress reduction and pain tolerance. “Plants have the ability to directly bring green, living nature into the indoor environment,” their report states. “Psychological studies have demonstrated the health and wellbeing benefits of placing plants inside.”

Researchers from the University of Michigan suggest urban environments are brimming with “dramatic stimuli,” or distractions that require urgent, directed attention to avoid, say, being hit by a bus. Certainly, receiving an urgent request or an email that requires an immediate reply is less dramatic than being hit by a bus, but the stimuli is similarly immediate and “top-down.”

This is different in nature, which is “filled with intriguing stimuli that modestly grabs attention in a bottom-up fashion,” the researchers say, adding natural environments can help “replenish” our capacity for attention and focus. Something as simple as viewing pictures of nature can make a difference, the researchers found; imagine what a wall garden might achieve?

“So you have to put yourself in the spot of the plant, as it were, and say, ‘Which person do I want to be my new friend?'” he says. This encourages ownership and heightens a sense of accountability. The results? Robinson’s empirical observations suggest employees are working more efficiently since choosing their “plant friend,” and he says no plant has died in five years.

Though many articles (and plant retailers) suggest the benefits of indoor plants extend to “purifying the air,” this is likely not the case in a standard office.

These claims are based on 1989 research by NASA scientist Bill Wolverton that did declare plants to be a “promising economic solution to indoor air pollution.” However, this experiment was conducted in an airtight laboratory with the aim of determining whether plants would benefit humans in closed environments in space.

“It’s such an alluring and enticing idea,” Elliott Gall at Portland State University tells The Atlantic. “But the scientific literature shows that indoor houseplants—as would be typically implemented—do very little to clean the air.”

The perception of air quality improves with office greenery, however. And perhaps in workplaces—where employees should feel happy, energized, and engaged—that’s also an important result.

“Get a plant that’s interesting to you and the people around you,” Bloomscape CEO and WeWork member Justin Mast says. “Find plants that you can relate to. Or, more simply, just get excited about.”

For more tips on improving workspace and inspiring teams, check out all our articles on Ideas by We.

FILED UNDER
PRODUCTIVITY SCIENCE OF SPACE
Interested in workspace? Get in touch.
Productivity

01 How to prioritize work when everything’s important 02 Three workspace attributes that improve employee productivity 03 Eight counterintuitive ways to be more productive 04 ‘I am easily distracted at work. How can I be more productive?’ 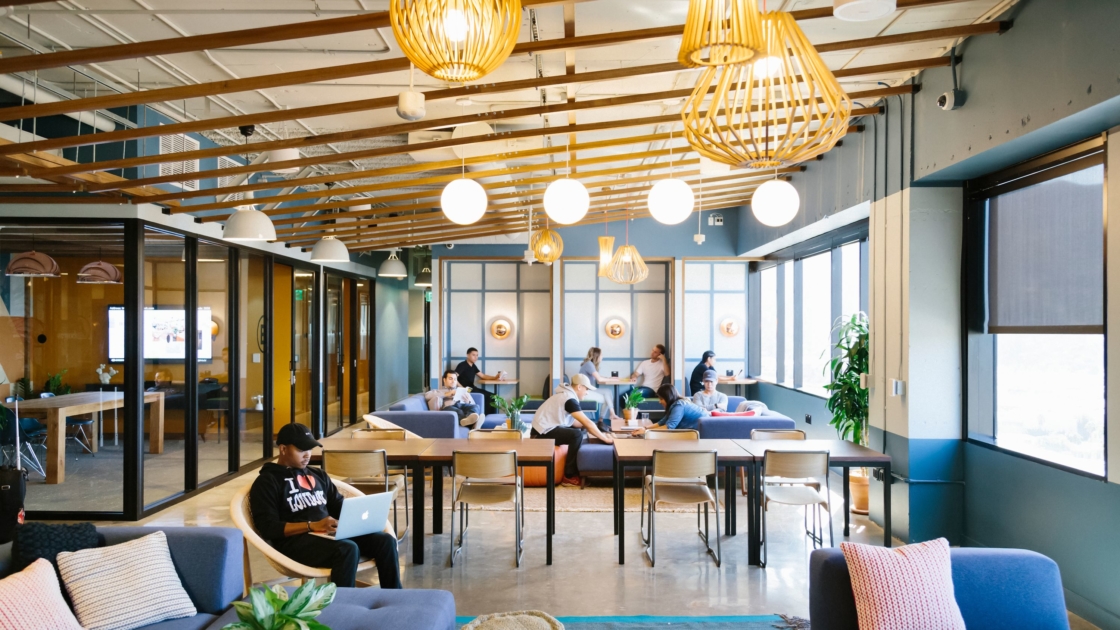 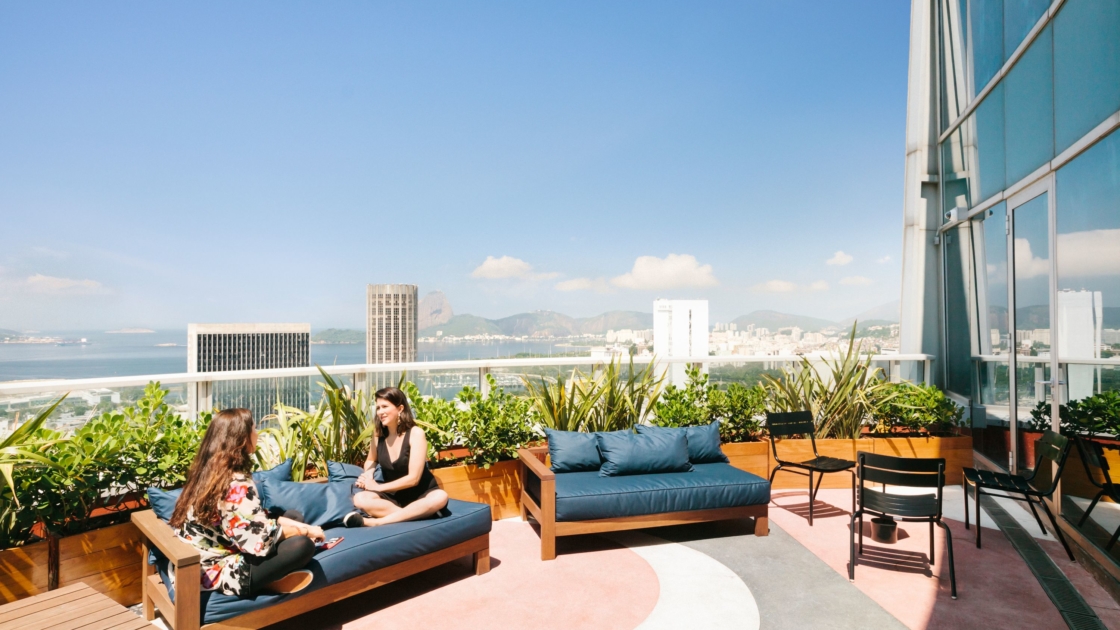 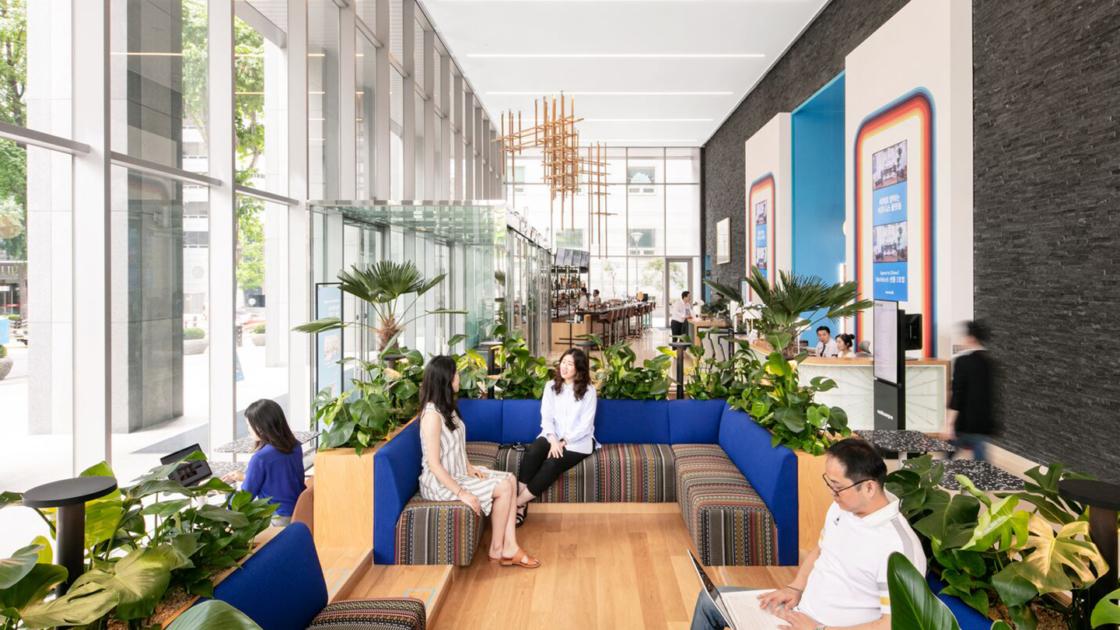