The office is going through a creative growth spurt

For scores of companies preparing to return to the office, what they want and need in those spaces looks a little different than it did in the past. Many businesses are seeking flexible lease terms, easily scalable office spaces, and design that delights and retains their workforce. That’s why they’re turning to WeWork for the type of hybrid, hub-and-spoke solutions for which WeWork is known.

According to members of WeWork’s sales teams in the U.S. and U.K., a lot of the companies they’re speaking to and working with are also looking for a new level of guidance and creativity in how to approach their office returns. For some, it’s a matter of leaning even more heavily into WeWork All Access, which allows their employees to choose the office that’s most convenient for them to work from. For others, it’s about customizable spaces to make the most of office life—to enhance and optimize the kind of watercooler collisions and casual collaboration that’s missing from the home office.

We spoke with four members of WeWork’s sales team to learn how new office needs are sparking creative solutions.

In your conversations with companies and clients, what are their concerns and needs as they prepare to head back to the office?

Kali Cardoza, portfolio sales director, Chicago: It has felt much more consultative in terms of companies coming to us and saying, “We have no idea how to think about bringing people back into this space in a safe way. Can you tell us what other companies are doing and how they’re thinking about setting up and designing the space?” We’ve rolled out this idea, the collaboration hub, and set up very different densities in an office, and thought through safety precautions and what a team might require if they’re coming in and how frequently. I’m often sharing stories of how other clients are thinking about coming back, because companies are really turning to us to think through space standards in a way that they didn’t before.

Blaze Silberman, director, enterprise accounts, San Francisco: Everyone’s kind of standing at the pool but just starting to dip their toes in. Nobody’s jumping in. There’s pressure coming from executives to get people in the office, there’s pressure from some employees who want to go somewhere to work, but nobody wants to go back to how it was. That’s where our conversations are right now: The real estate contact is right in between the employees and the executives. The business leaders are starting to come to us because of that desire for flexibility. And finally, people want a cooler space now more than ever. Everyone’s remote, but they want to have this place that’s really cool to come into that has coffee, kombucha, a roof deck. I think that’s more important than it’s ever been.

Can you share examples of some of the client solutions you’re working on and strategies you’re developing?

Silberman: For one fintech company we’re working with, remote-first also means that they want to always have access to an office for all their employees. Yet they still want to figure out how to collaborate but without being in the office. So we put together a hybrid, multi-spoke strategy. We’re working on five to 10 smaller offices, and we’re going to build collaboration hubs for them. We’re providing hundreds of WeWork All Access passes, so we’re essentially building this strategy where all of their employees around the world can access hundreds of WeWork locations. And when they need a dedicated space to actually collaborate, they have one.

Andre Nunes Pedro, portfolio director, London: A well-known sports team had a 6,000-square-foot lease in London that was expiring, and they were struggling a bit with talent attraction and retention of their young workforce. They ended up moving to WeWork because of the building’s [design and] buzz, and we’ve been able to make sure their employees are happy and they retain them for the long term. In that partnership we’re also going to do a barter deal; we’re going to spend money on advertising with them and become a global partner of [the team] with box tickets and co-branded marketing. It’s an example of a deal that went beyond just office space; it was a win-win situation.

Eric Benvenuti, portfolio leading director, Boston: For a consulting company, we did a deal where they booked 25,000 square feet from Monday to Thursday. Then we gave them enough conference room credits so they could book all the conference rooms on the floor below it when all their consultants came back each Friday, putting them at 40,000 square feet to get that Friday influx back home. So we have that ability to be really creative with an entire portfolio, because we’re not just a landlord in one building.

What are some of the unique attributes of your region right now, in terms of how companies are returning to work and what they need?

Benvenuti: In Boston, it’s historically a five-year-plus lease term; no traditional landlord is going to give you space for just a year. A lot of these groups are coming to us and saying, “I want a nine-month deal,” or “I want a 15-month deal.” It’s a little bit more strategic than going to a sublease, which is more like, “This is a two-year sublease, take it or leave it.” We can be more flexible to tailor it to their specific needs and also do some customization, which no sublease is going to provide.

Silberman: We’re sitting in the hotbed of [shifting pandemic conditions], so flexibility is key to all of this, and testing new markets. On the West Coast, a lot of companies are saying, “We’re not going into the office now, we’re not sure what we’re doing yet. We’re just slow-playing this.”

Cardoza: The Midwest has traditionally been more of a coworking market versus other markets that are home to enterprise offices. It’s been interesting because I think some of the secondary and tertiary markets—like Minneapolis and Detroit and Columbus—returned to the office a bit earlier than Chicago. In part, this is because there are a lot of people trying to get out of their houses and needing a place to work. Yet now we’re also seeing enterprise users enter markets in the Midwest; for example, we just signed a large consulting company on full-floor deals in Detroit. 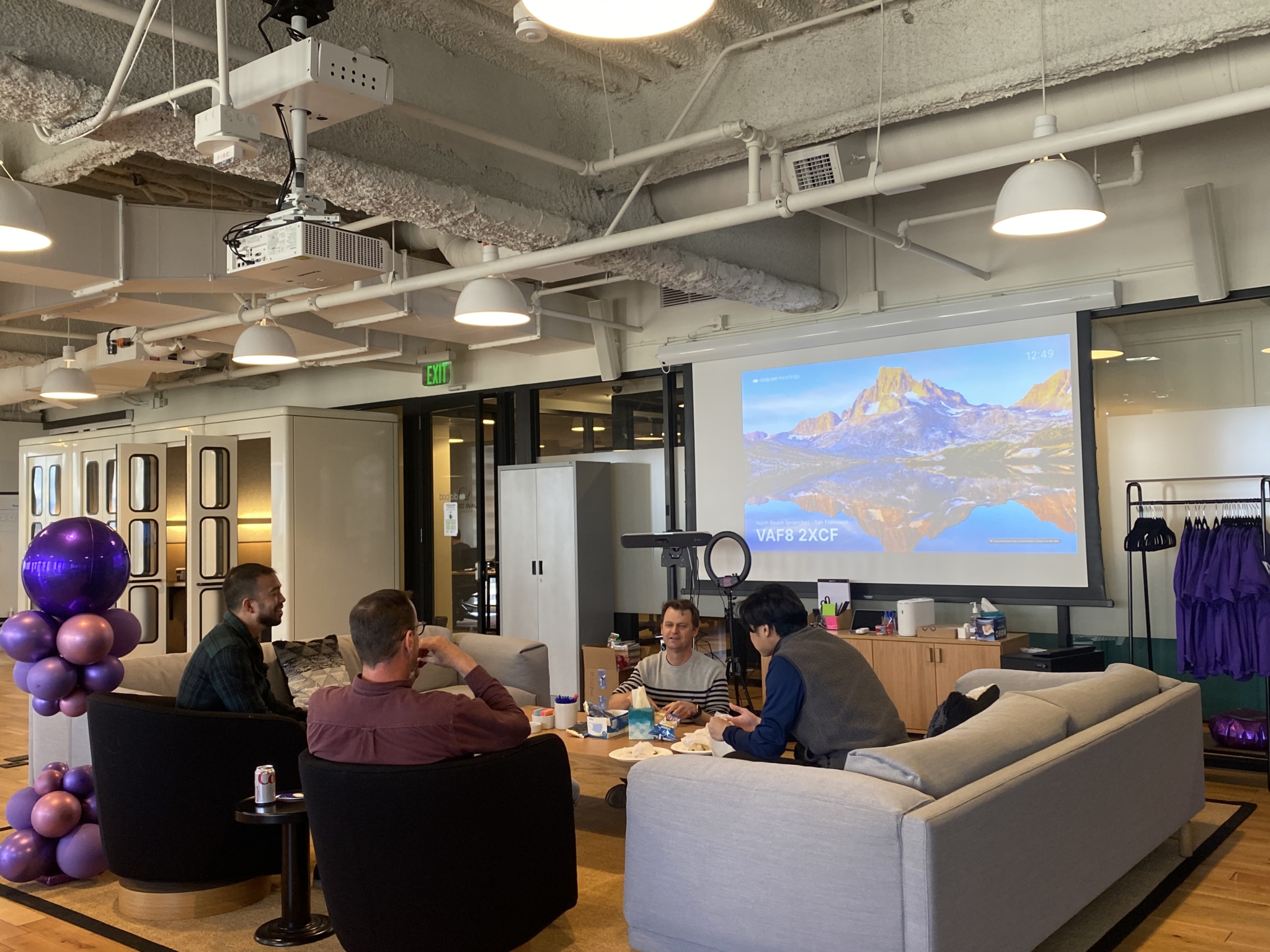 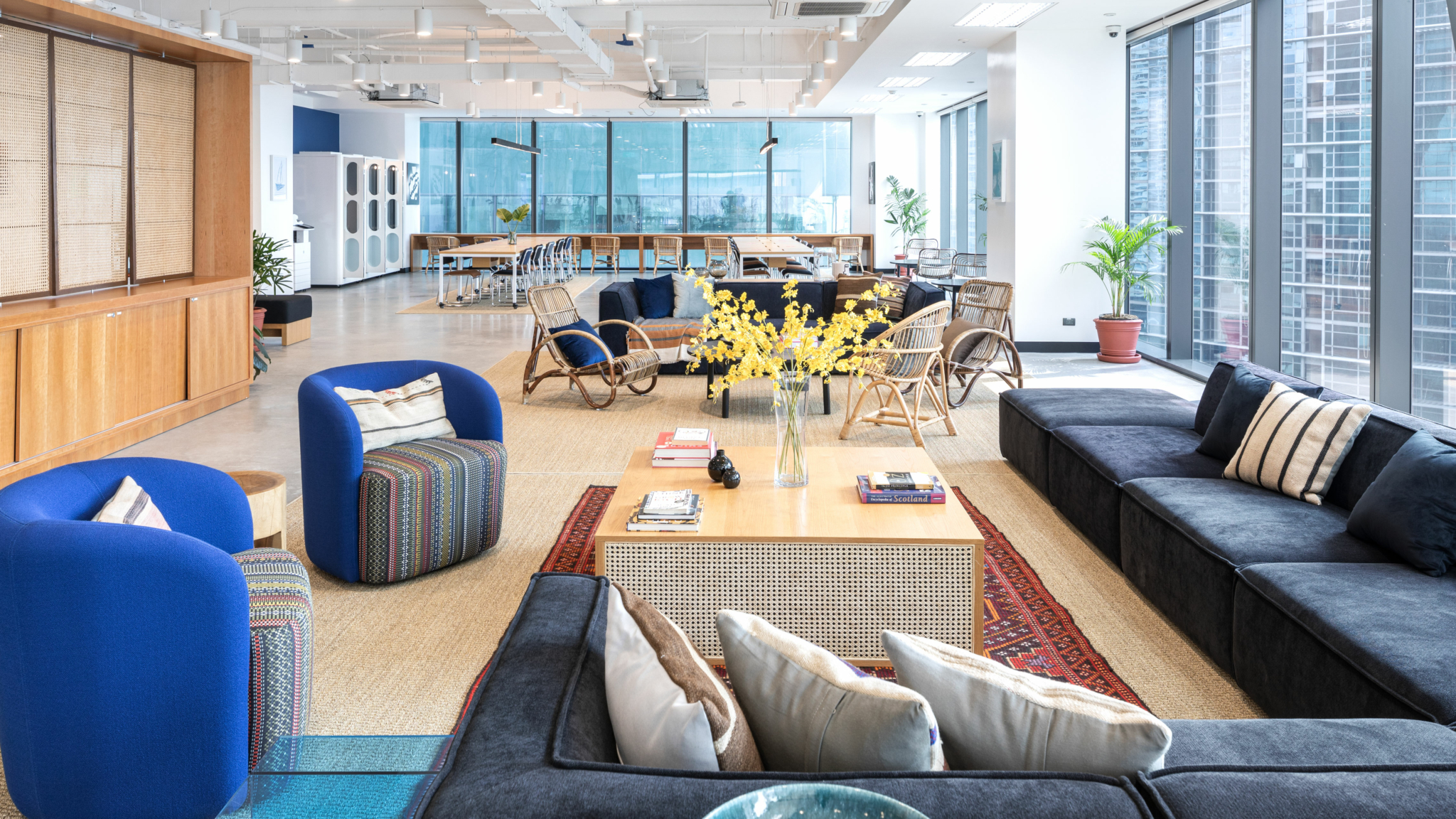 A lot of companies are now adopting the hybrid model. How much of that are you seeing in your own deals? Why is it an attractive model?

Cardoza: We’re seeing more and more requirements come in that are like, “We’re not going to require a team to fully return to office, but there are some people who want to come in every day, there are some people who want to come in two or three times a week, and there are some meetings and some teams that require some level of collaboration, so we want to be able to come in and workshop for a few hours a week.” That’s a use case that I think we wanted to be able to provide to clients in the past—but now it’s really becoming a reality.

Silberman: One element that I think is worth mentioning is more tactically, how these companies are thinking about budgets. In one case, [a company] is making a very big shift from 77,000 employees going into the office five days a week, then to 100% remote, and now, as of September, three days in and two days out. With WeWork, they can now take money away from that 15-year lease for 100,000 square feet, sign a two-year deal, and shift away from things like building improvements.

They don’t want to lose that budget. Instead they think, “We’re just going to make it more about the employees and their experience of working rather than the space itself.” We’re a great in-between space because we’re definitely great for coworking, but every enterprise client we have customizes its spaces with us.

Pedro: I think everyone is trying to solve a bit for uncertainty. Ultimately it is [our job] to be as flexible and as accommodating as possible while having in mind a number of options, because the reality is that nobody knows what’s going on. Everyone is talking about collaboration hubs, reducing densities, increasing densities, more space, less space. We’re seeing a lot of focus on collaboration, on transferability, and on portability. And we’re here to turn that real estate portfolio for members into an elastic. That’s what we do better than anyone else.