New solutions for saving the planet

These member companies each have a dual purpose: to build success and sustainability

Businesses need a lot to succeed: a team, resources, and a great idea. Made at WeWork showcases the innovative services and products built within WeWork buildings around the world.

Planting a tree with the touch of a button. Growing food in space. There are so many solutions that businesses have come up with to tackle the increasingly dire climate situation our planet is facing. Here are some of them.

On a mission to clean up the ocean

Every minute, the equivalent of two garbage trucks filled with plastic ends up in the ocean. Even worse, the current total amount of plastics in our oceans is expected to triple by 2040. “It will require a global effort to reverse the impact of this,” says William Pearson, cofounder of Ocean Bottle.

Ocean Bottle is working to be part of that reversal. The company makes reusable water bottles from recycled materials—and for every bottle purchased, Ocean Bottle funds the collection of more than 11 kg of plastic (or 1,000 plastic bottles).

Through local partners, the company pays plastic collectors in some of the most polluted coastal communities around the world, including Haiti, Bali, the Philippines, and Brazil. These are the people “who bear the brunt of the world’s excess,” says Pearson. Ocean Bottle pays these collectors above the market rate for their efforts. The company tracks how much plastic it prevents from entering the ocean, as well as how many collectors, and which communities, it has supported.

Ocean Bottle bills itself as an ocean impact company first and a reusable bottle brand second. “If we are serious about contributing to helping the climate and the United Nations Sustainable Development Goals, then we must address poverty and other forms of social imbalance and injustice, at a local level,” says Pearson. “We do this with the help of our global community of customers and collaborators.”

Their office at WeWork The Cursitor in Chancery Lane, London, provides a hub for their team to work together. They also have WeWork All Access memberships so they can use other qualifying WeWork locations.

Since its founding, the business has collected over 4 million kg of ocean-bound plastic—enough plastic bottles to circle the planet twice. The goal is to increase that number to 7 billion plastic bottles by 2025, equal to the amount of plastic in the Great Pacific Garbage Patch. The company also plans to launch a new Ocean Bottle app this year.

Use the code WEWORK5 at oceanbottle.co for £5 ($6.50) off custom engraving on a bottle.

A new use for natural materials

Shoe insoles can help millions of Americans suffering from foot and back pain, but most insoles are made of gels, foams, and plastics that take thousands of years to biodegrade. Fulton aims to do better—to reduce body pain sustainably. The company developed an insole made entirely from natural and sustainable materials: cork (which is made from tree bark), natural latex foam, and vegan leather made from cactus.

We were able to create a product that is good not only for our bodies but also for our planet.

Over the course of a little more than a year—including during the pandemic—the team researched materials, went through 10 rounds of prototyping and user testing, and iterated on design. Through it all, the team kept their eye not only on the quality and performance of their product but its impact on the planet as well.

Sustainability is core to Fulton’s mission. The footwear industry contributes to 1.5 percent of global carbon emissions each year (compared with 2 percent for the entire aviation industry), according to the company. “The level of emissions caused by the industry is simply not OK, and sustainability should be a top priority for every footwear brand,” says Libie Motchan, who cofounded the company with Daniel Nelson.

Their three-person team meets every day at WeWork 160 Varick Street in New York using WeWork All Access. They love how the membership also allows them to visit WeWork locations when traveling to meet business partners. “Knowing there’s always an office nearby is incredibly reassuring when we have such jam-packed schedules,” says Motchan.

In a recent analysis, the business found that its insoles are actually carbon negative to manufacture, because harvesting cork sequesters CO₂ from the environment. “We were able to create a product that is good not only for our bodies but also for our planet,” says Motchan.

Use the code WEWORK10 at walkfulton.com for 10 percent off products across the site.

“That’s why we decided to work with an independent laboratory that specializes in home and body care,” Le Chatelier says.

The team built out “an extremely strict charter,” which governs the selection of the products it features. Every single product is checked against these rules, and all employees learn about them. The company also regularly organizes conferences with the laboratory it works with.

“For us, action for the environment must be collective. We change the world by giving people the desire to do things differently, and then giving them the tools to do so,” Le Chatelier says. “Sustainability has to be a pleasure.”

Right now, “products are incomprehensible, so the [experience of shopping] itself is a chore,” Le Chatelier says. Agua Blanca makes the experience easier and more enjoyable for consumers by curating “the most efficient, clean, and desirable brands and products.” It currently features 60 brands and more than 600 products on its site.

The two cofounders began building the company during the pandemic, working from multiple WeWork locations based on their moods and needs. “And WeWork followed us during our development,” Le Chatelier says. The team now employs around 20 people and has a dedicated office at WeWork 7 Rue De Madrid in Paris. This year, the company plans to expand into two new countries in Europe.

The means to make food to infinity and beyond

StarLab Oasis wants to grow food in space. It might seem like science fiction, but its mission tackles an issue exacerbated by Earth’s growing environmental problems. A warming climate, population growth, and limited availability of arable land have led to crop failure and reduced global food supply.

“We utilize a space environment to develop agricultural technologies and organisms [including new plant varieties] to be used on Earth,” says Mohamed M.N. Mbarouk, business development and strategy at StarLab Oasis. The company also builds what it calls “off-Earth food production systems for future space voyagers.”

It does so by exposing food samples to unique space environments—including intense radiation and the physical stress of microgravity—to see how organisms react metabolically, and how new types of seeds develop. The company, composed of experts in astrobotany, considers itself “pioneers in the field of space agriculture.”

On Earth (in Abu Dhabi, specifically), StarLab has lab facilities and an office at WeWork Hub71. Established in August 2021, it was founded as a sister company to space exploration companies Nanoracks and Voyager Space, both of which help provide it commercial access to space. StarLab partners closely with local communities to understand which types of plants to research growing in a space environment.

Being able to grow food in space has a lot of benefits, both on and away from this planet. As space missions become longer in distance and duration, growing food in space will be more beneficial than bringing prepackaged food, and can provide crews a fresh flow of vitamins, Mbarouk says.

It’s also inherently more sustainable than farming on Earth. “While practices on Earth allow us to cut corners when it comes to agriculture, in space, everything must be as efficient as possible,” Mbarouk says. Once the technologies and techniques have been developed for commercial use in space, StarLab hopes they can be used back on Earth as well.

The company is also looking further afield, to a time when human beings need to plan for life beyond Earth—“be it [on] space stations, transit vehicles, or planetary surfaces,” Mbarouk says. In that case, humans will need the technology in place to grow the plants and microorganisms that provide the nutrients needed to survive.

Having an office at WeWork affords the already innovative company access to other innovative companies. “Being around other companies doing vastly different things allows us to pull ideas from unexpected encounters, such as a coffee chat,” Mbarouk says.

This year, the company plans to open a new research facility in Abu Dhabi with the hopes of it becoming a global center for space-agriculture research. It’s a big project for a company with big but worthy—and by its estimation, achievable—goals.

“Unlike many concepts related to space, everyone understands the necessity of eating and the benefit of being surrounded by plants and nature,” Mbarouk says. “It’s much easier to explain to most people how space-agriculture works and why it is important.”

Planting trees at the touch of a button

Treeapp is a mobile app that enables anyone to plant trees for free while discovering and shopping from sustainable brands. Users choose a location in the world where they want to plant a tree and then watch a one-minute ad from one of Treeapp’s sustainable brand partners. In exchange for their attention, the brand funds the planting of a tree in the user’s chosen location. Users can also purchase directly from the app’s marketplace.

“We identified three main barriers to taking climate action: People don’t have the time or money, or know how to have an impact,” the company says.

The company has planted one million trees since its launch less than two years ago. While planting trees by watching ads is currently available only in the UK and Ireland, Treeapp plans to expand internationally to fulfill its goal of enabling people to plant one million trees a day.

Buker started investigating better ways to plant trees after his home country of Turkey planted millions of trees only to have the vast majority of them die in a few months. Harito saw the destructive wildfires in Athens firsthand in summer 2018, spurring him to seek forest preservation solutions. And with product and engineering expertise, Ng wanted to tackle this problem by creating a scalable tech product. 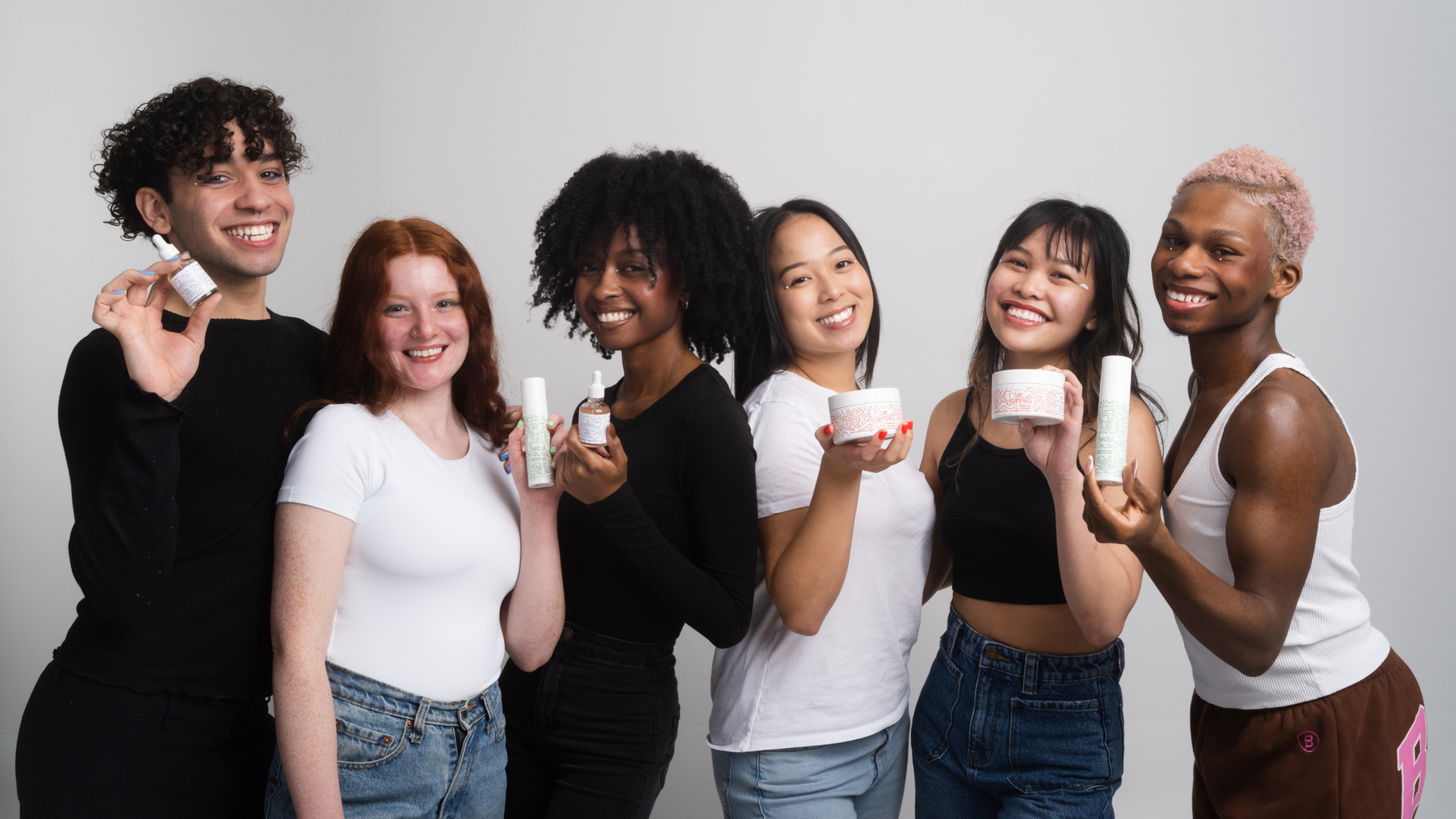 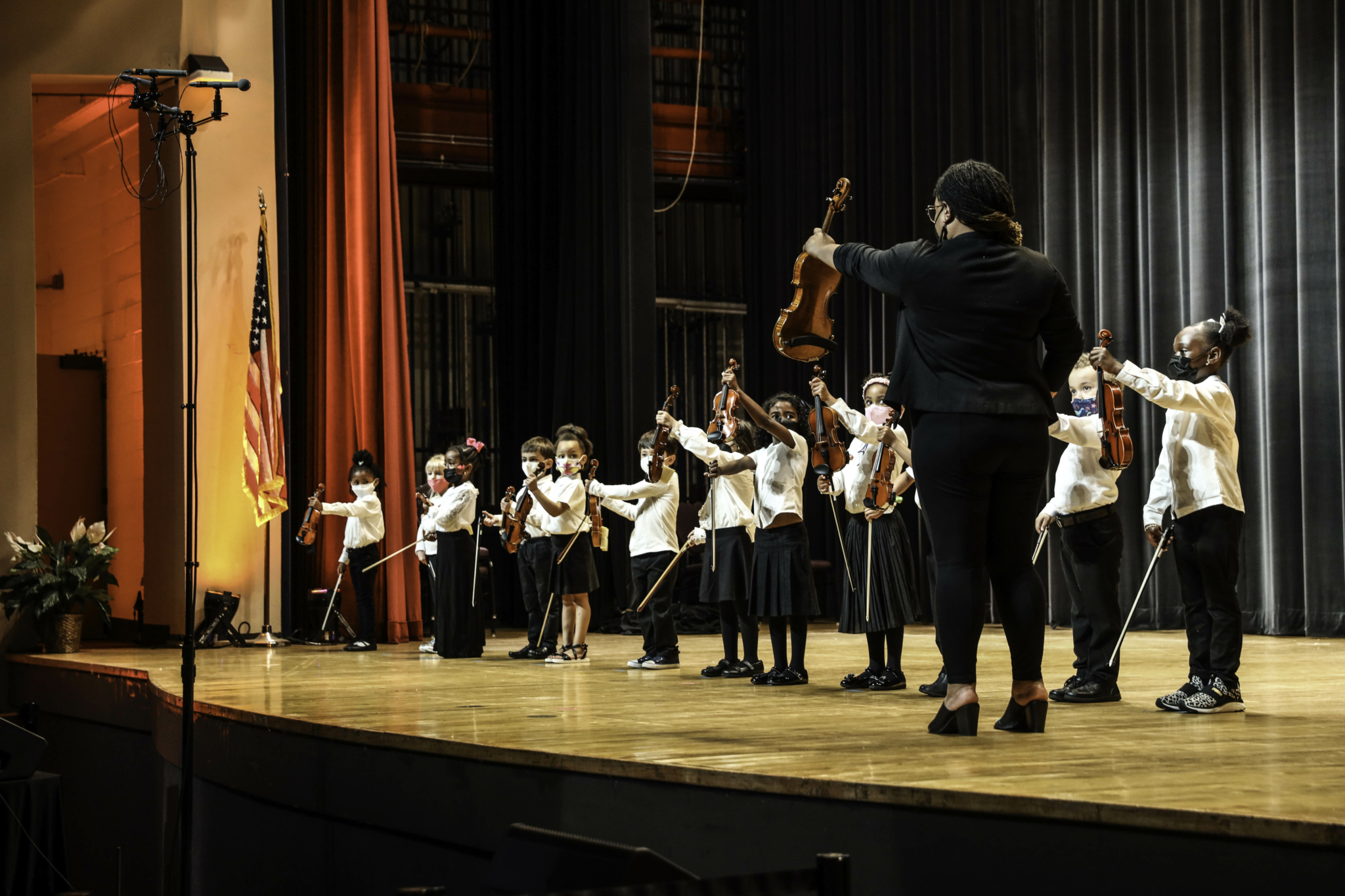 Businesses that help all students get ahead
By Melanie Mannarino 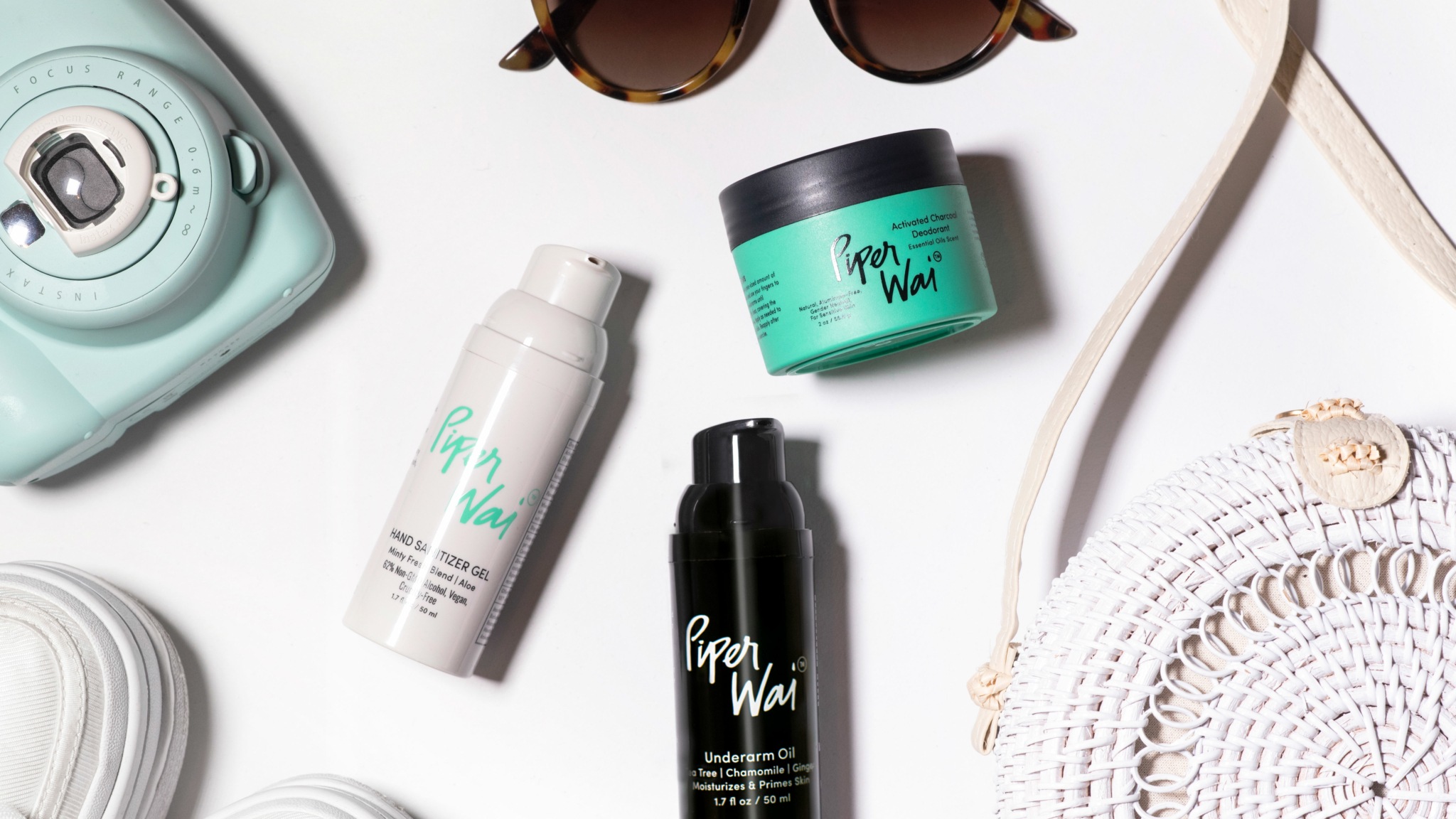 In its marketplace, Treeapp sells recycled, biodegradable, and ethical products selected by the team. That helps create a community of sustainability-minded individuals and companies.

“We are making sustainability fun, easy, and accessible to all. Our educational take on both reforestation and how to live more sustainably through eco-conscious purchases will help anyone feel empowered in making green choices,” the founders say.

The company is based in WeWork 3 Waterhouse Square in Chancery Lane, London. Having an office at WeWork means the company is able to work with many other businesses focused on sustainability. “We saw a strong alignment between WeWork’s ethos and our mission to green this planet,” the founders say. “Being part of such an amazing community in London is accelerating our growth and enabling us to make an even bigger impact across the world.”

Was this article useful?
Category
Member Spotlight
Tags
MADE AT WEWORK
IMPACT
CULTURE