Pick up where you left off

Dedicated desk
Your own desk in a shared office 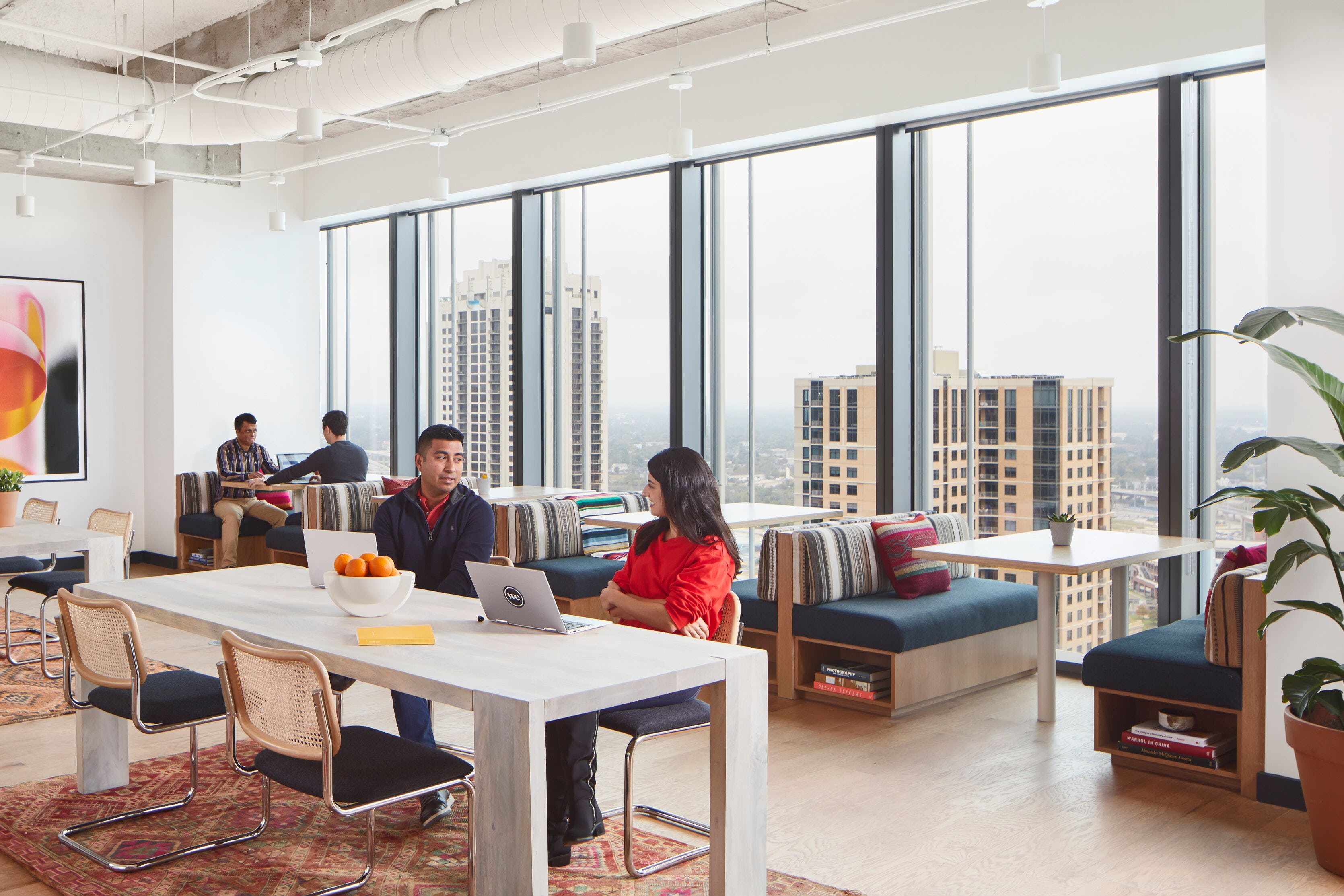 Work from coworking spaces, meeting rooms, and private offices near you with WeWork All Access, now 20% off for up to six months. No long-term commitment required. Terms apply.*

Make your return to the office easier with this special offer

Unlock daily access to hot desks, meeting rooms, and private offices across hundreds of locations with a WeWork All Access membership. Get a special introductory rate for up to 3 months. Terms apply.* 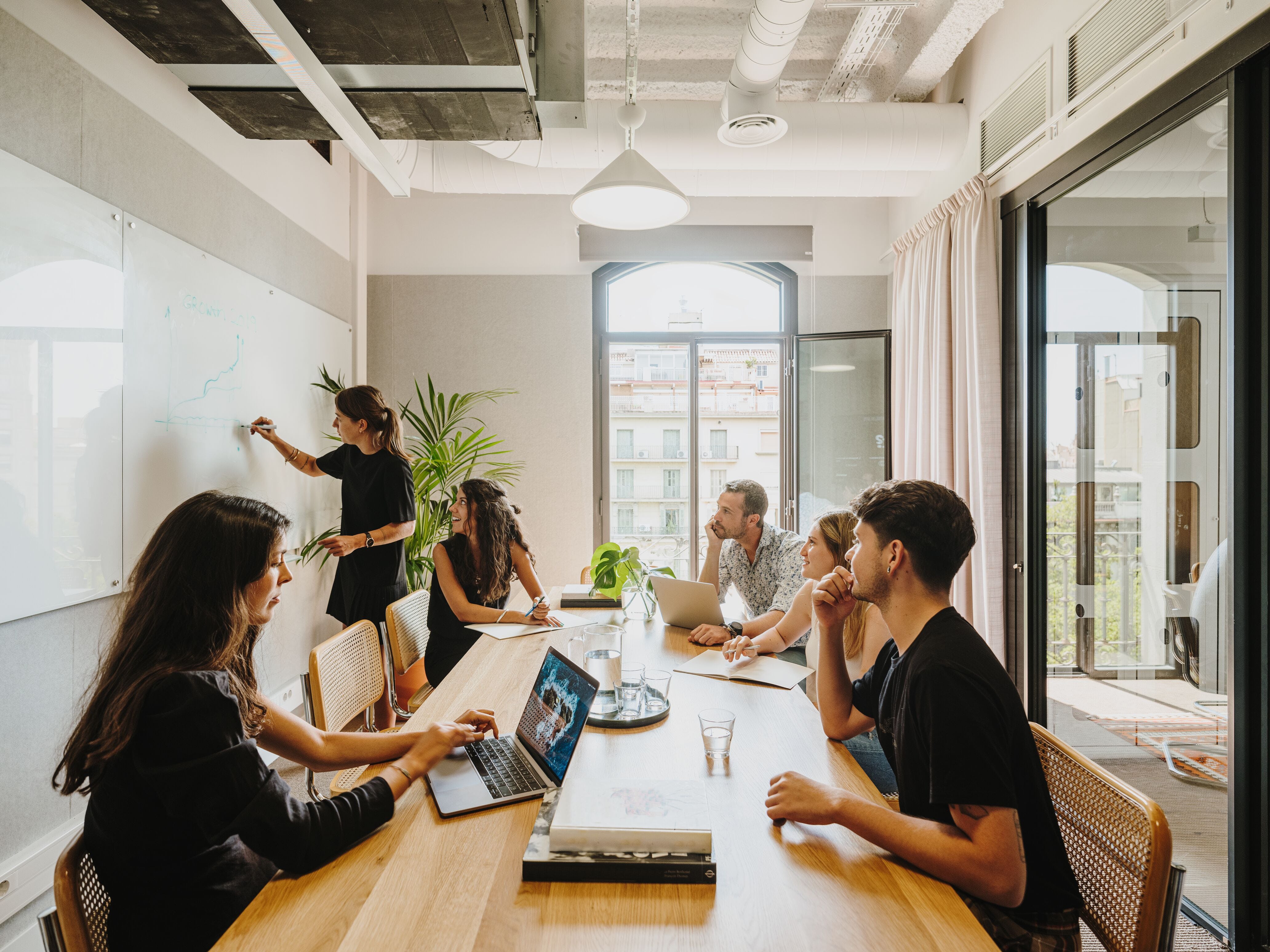 Get 50% off your monthly membership fees to coworking spaces near you. Hurry, offer ends 11/30/22. Terms apply.

These versatile rooms can be set up to allow teams to gather, meet, participate in video conferences, or give a presentation—virtually or in-person.

With years of operational expertise and service-focused backgrounds, our Community team is here to provide everything you need to keep your office running smoothly.

We will work to clean and disinfect our spaces by following our cleaning schedules and practices, to protect the wellbeing of our members and employees.

Phone booths give you a quiet space to make private phone calls, participate in short video calls, or just take a quick break without distraction.

Every floor has its own space stocked with a business class printer, office supplies, and paper shredder.

Our Community Team regularly hosts activities like networking, lunch & learns and more, plus fun activities to help add entertainment to the day.

Our commitment to health and safety

We’re prioritizing the health and safety of all members and employees in our spaces so you can continue working with peace of mind.

We'll continue to clean and disinfect our spaces by following our cleaning schedules and practices, to prioritize the wellbeing of our members and employees.

We provide complimentary sanitization products in our spaces.

Our HVAC systems will continue to be maintained and monitored to ensure air ventilation and filtration are working correctly.

Learn more
Sanitization
We'll continue to clean and disinfect our spaces by following our cleaning schedules and practices, to prioritize the wellbeing of our members and employees.
Behavioral signage
We've installed strategically placed signage as friendly reminders on hygiene measures.
Sanitization equipment
We provide complimentary sanitization products in our spaces.
Ventilation and air filtration
Our HVAC systems will continue to be maintained and monitored to ensure air ventilation and filtration are working correctly.
Learn more

See how the workplace is changing

Home to the city’s central business district, it’s no surprise that office space in Downtown Oakland is the most in-demand location in the city. A popular alternative to San Francisco, Downtown is where the city of Oakland began, all the way back in the 1850s, and this district takes pride in its heritage. A great deal of the office space in Downtown Oakland as well as the apartment buildings and houses date back to the 1920s and seem hardly to have changed in the passing decades. Other areas of the city have undergone redevelopment, with office space available to rent in both new buildings and carefully repurposed former industrial and empty store-front buildings. Unlike many business districts, however, Downtown Oakland boasts a range of cultural attractions for your team to enjoy when they’re ready to leave your office space for the day. The city has a thriving scene of bars, jazz clubs, and nightclubs, and is home to the famous art deco Paramount Theater, which has hosted acts as diverse as Springsteen, Brian Wilson, and Diana Ross. Opting for an office space in Downtown Oakland means setting yourself up for success, whatever industry you’re part of.

Why Choose WeWork in Downtown Oakland

Situated at the crossroads of art, culture, and commerce, WeWork’s workspaces in Oakland provide the space, support, and community your team needs to succeed. Steeped in creativity, our Oakland workspaces put you at the forefront of the city’s burgeoning tech and arts sectors. These vibrant locations are designed with you in mind: Progress happens naturally thanks to comfortable collaborative areas and an abundance of natural light, while specialized workstations keep your team comfortable and engaged. Take advantage of our flexible solutions to grow at your own pace, and tap into a global network of members to form local and far-flung connections. Each of our Oakland workspaces boasts a wealth of all-inclusive amenities—including high-speed internet, cleaning services, and free-flowing coffee—allowing you to focus on the work that matters. Schedule a visit to find out more.