A look at one office floor plan, transformed

How one office changes during COVID-19: It’s de-densified, decentralized, or turned into a collaboration hub

As vaccination numbers trend steadily upward, industry experts, consultants, and CEOs are wrestling with how to safely bring people back to the office. They are embracing some key strategies to update the real estate footprint they already have.

WeWork has been working closely with enterprise companies on these updates. “Design trends aren’t neatly linear, so there is no ‘return to normal,’” says Ashley Hohmann, project executive at WeWork, based in New York City. “The adaptations we’ve had to make during this pandemic will continue to inform the way we interact with space.”

This can be boiled down into three key usage strategies: de-densification, decentralizing, and turning the office into a collaboration hub. The strategies can be employed as standalone measures or used in combination. Here’s a closer look at how one floor of an office can be transformed using these strategies.

De-densification involves limiting the amount of people in one space. That can mean separating desks physically or having a strategy where not everybody is working on-site at the same time. Alternating workdays can reduce the number of employees on-site, which frees up more space for specific activities.

“That might translate to reducing the number of desks and pivoting to an ‘A’ day, ‘B’ day, or a hotelling model,” says Hohmann. A hotelling or hot desk model designates a workstation that is used by more than one person. Users may alternate days, with cleaning done in between. Unoccupied chairs and unused workstations can be removed. Informational signs, stickers, and other wayfinding tools can be used to encourage separation.

As shown in the graphic above, de-densifying is the simplest strategy to implement, as the basic office layout remains unchanged. The before and after floorplans demonstrate how a table that used to serve eight employees now serves four. That allows everybody to spread out and socially distance. Assuming half the people would be working from home on Day A, and the other on Day B, only half the total amount of workstations are needed.

“The goal is giving those utilizing the space a generous area to function,” says Hohmann.

Companies with large, traditional headquarters could benefit from moving more people out to satellite offices.

“Teams don’t have to be centrally located to function successfully,” says Hohmann. “Companies are rethinking their real estate portfolios to provide solutions that are convenient and enticing for their teams. This could mean a smaller footprint where their HQ was previously.”

The WeWork headquarters in New York City is a prime example of how this system can work. Before the pandemic, most employees reported to a headquarters building in Chelsea. Decentralization spurred WeWork to create three new satellite offices in Brooklyn and Downtown and Midtown Manhattan. The various offices allowed employees to choose the satellite closest to where they lived, cutting down on commuting time and increasing workplace flexibility.

The same strategy was embraced by a global insurance company headquartered in a major Asian city. They didn’t have the real estate needed to de-densify their offices as they were configured. Decentralization allowed them to create temporary satellite offices across the city and keep their operations up and running.

In the collaboration hub model, rows of workstations are removed. The captured space is repurposed into other areas to promote working together. These can be onboarding and training areas that are configured like miniature classrooms, learning areas created by using circular seating to encourage eye contact and interaction, or active collaboration zones with casual seating.

“The collaboration hub is a response to the need for leveraging existing real estate, to provide a variety of space types that can respond to the needs we see now and those we anticipate,” says Hohmann.

PayPay, a Japanese cashless payment service, built its collaboration hub by first eliminating coming into the office for tasks that could be accomplished at home. It then created zones within the office for specific purposes, such as an active collaboration area, a learning zone, and a community/social zone. PayPay saw productivity rise, with 90 percent of employees reporting a boost in efficiency.

A collaboration hub can also involve creating neighborhoods or spokes of specialists. Each spoke functions as a gathering spot that encourages a cross-pollination of ideas. Each spoke is anchored by a private office that can be surrounded by focus work areas, hangout spots, conference areas, and smaller, private sub-offices that are perfect for phone calls.

“What we’ve seen is that the role of a traditional office has been upended,” says Hohmann. “Members can create areas for activity-based work that empowers teams to collaborate in ways that they couldn’t otherwise.”

Everybody thinking about the office and the future of work agrees that there is no returning to the past. Employees and business leaders recognize the need for more flexibility in both how and where they work.

“Being locked into old models can push companies to attempt to enforce outdated solutions, subsequently harming their culture and driving away talent,” says Hohmann. “I think those who have the freedom or foresight to remain nimble in their responses will come out ahead.”

Many aspects of work and life have been paused or slowed in the last year. One thing the pandemic has shown is that while people can get work done virtually, nothing can compare with the inspiration and innovation that comes with collaborating in the office, at least some days a week. 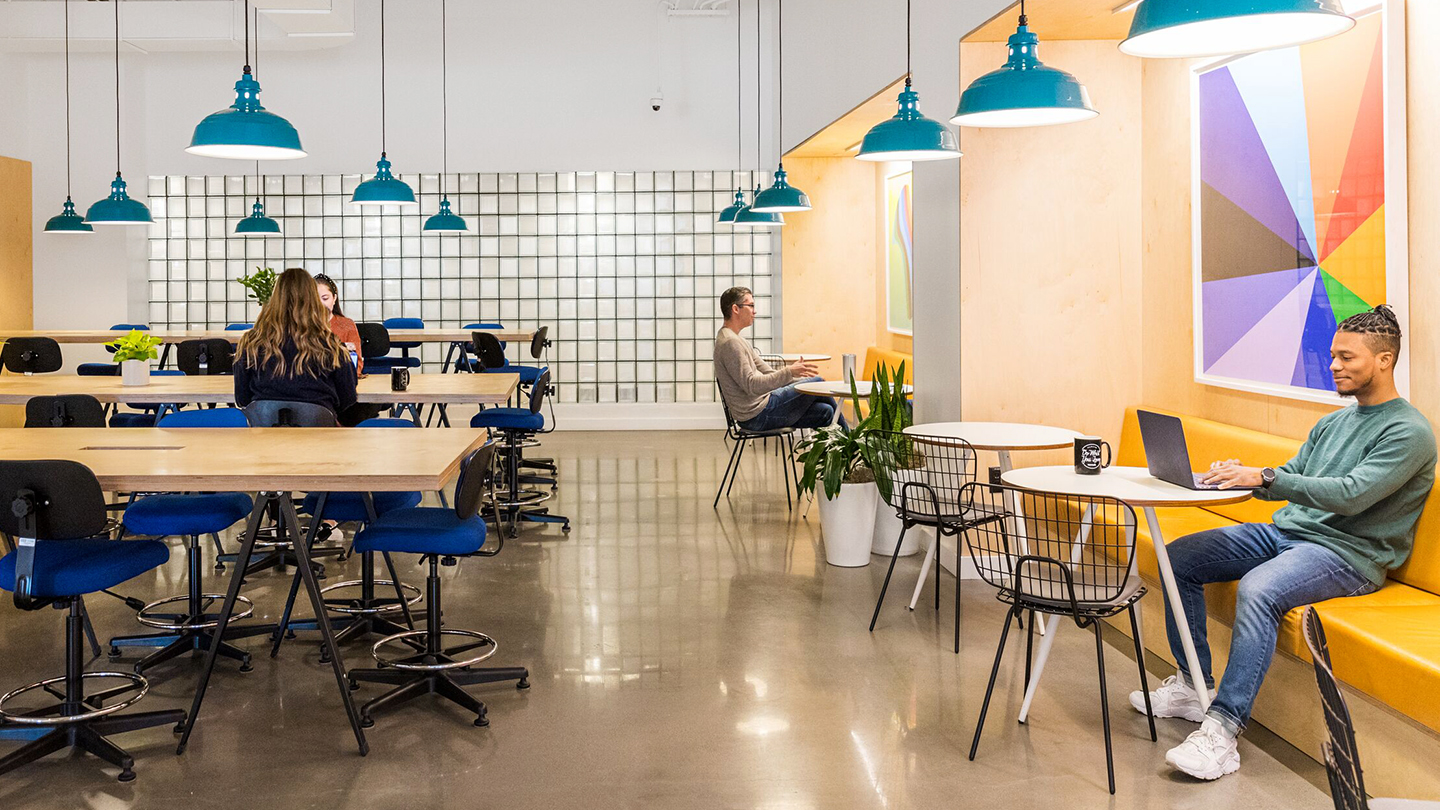 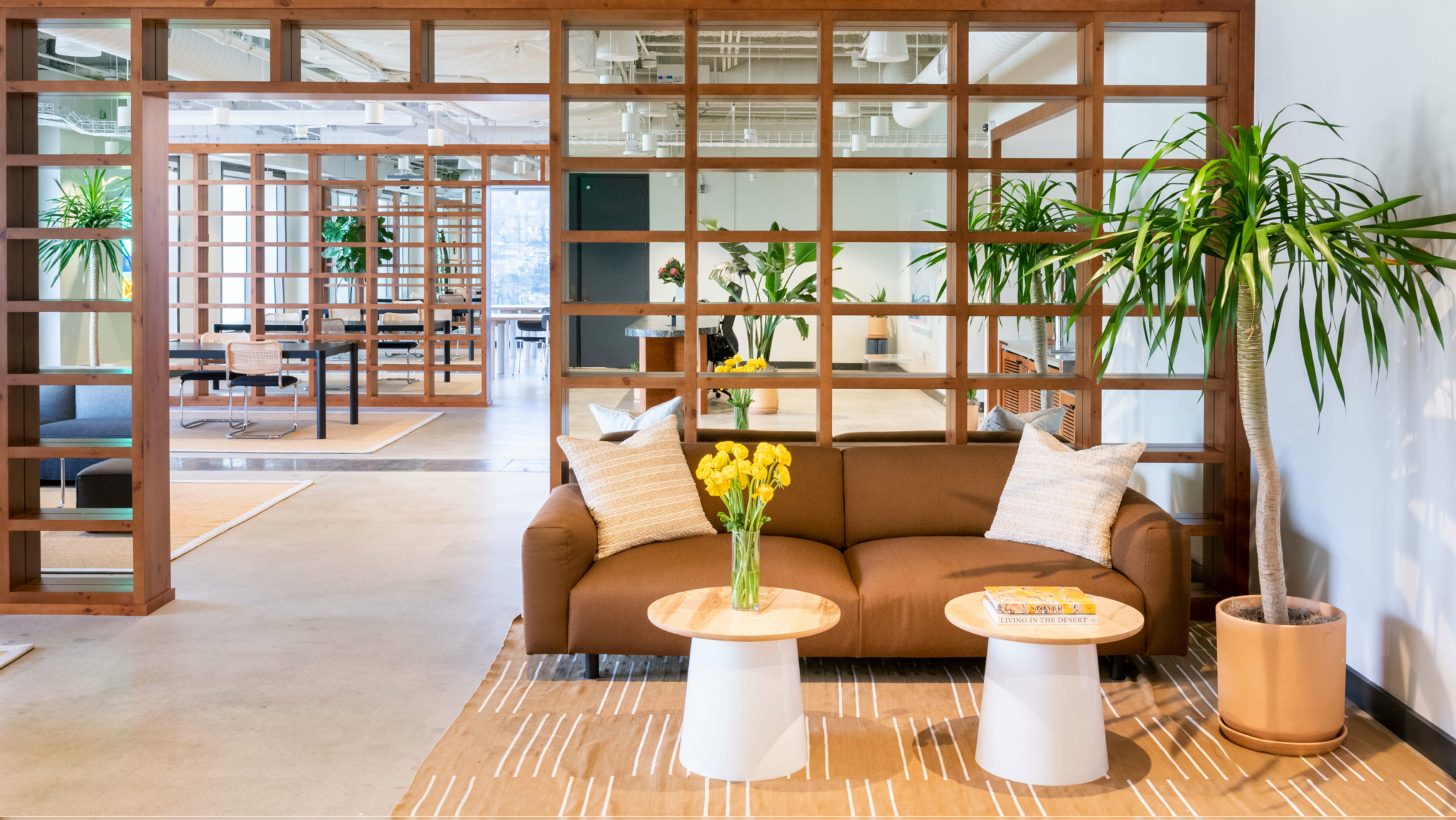 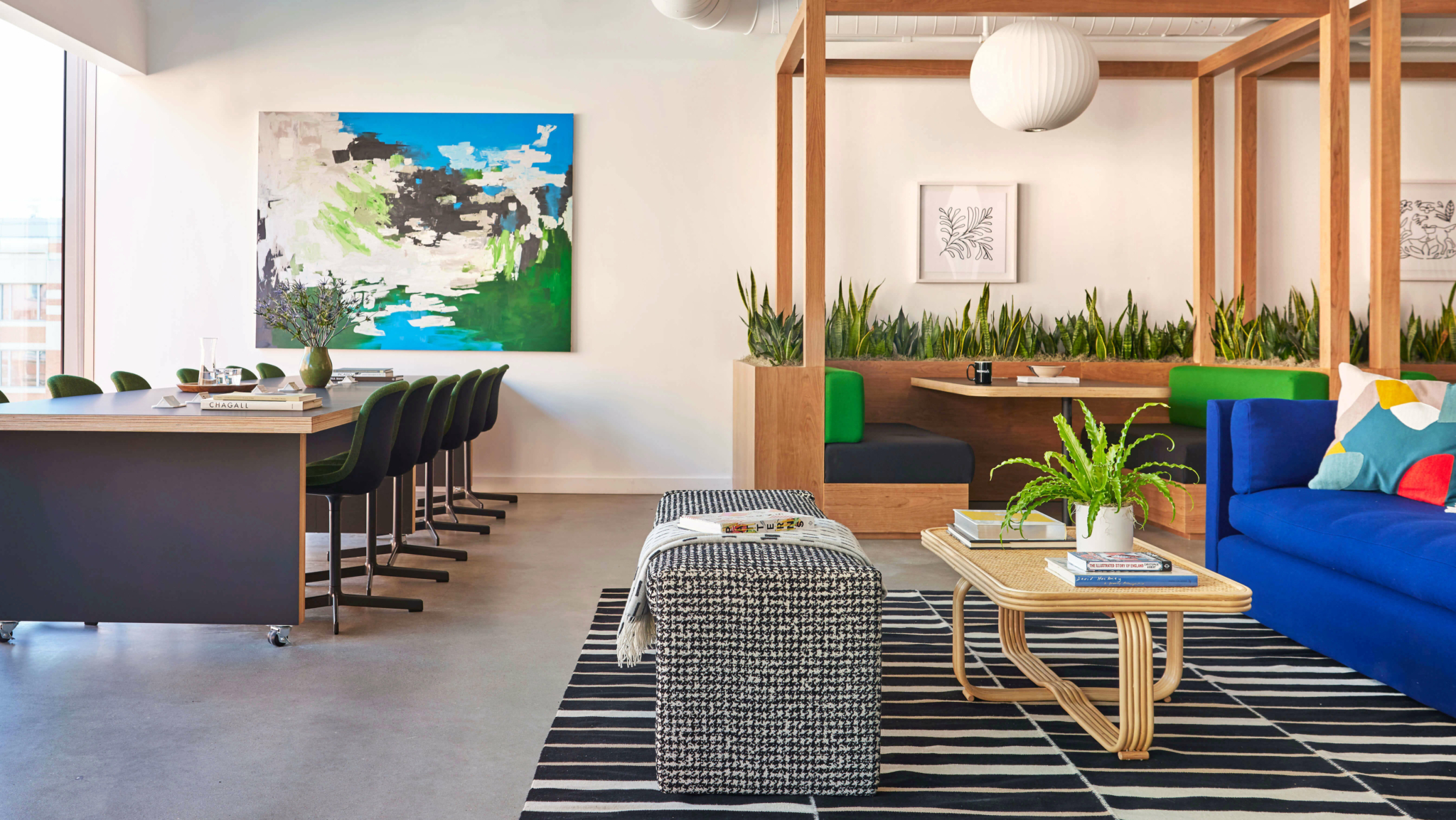 Scott Sowers is a freelance writer based in Washington, D.C. He writes about real estate, architecture, design, energy, and the automotive industry. His work appears in The Washington Post, The New York Times, The Atlantic, and other publications.