Make your return to the office easier—get 25% off a WeWork All Access membership for the first 3 months. Terms apply. Learn More
EXPERT INSIGHTS
Adam Grant
December 7, 2020

Why we should “kill the university”

EXPERT INSIGHTS
Adam Grant
December 7, 2020
IN THIS STORY
Virtual guest speakers usually say yesTech can bring quiet voices to the conversationStudents ask for what they needNot all learning needs to be synchronousIntensity of communication beats frequencyThe travel-abroad semester needs a rethinkUniversities can do better at connecting studentsKilling the university could result in something better

If there’s one thing we’ve learned this year, it’s that all along we should have been thinking a lot more proactively when it comes to education, rather than waiting for a pandemic to hit. That’s where the idea of a “kill the university” exercise comes into play.

The idea comes from a consultant, Lisa Bodell of futurethink. We were working with a company, and the CEO said, “I don’t want to have an organization full of dinosaurs. Let’s shake this up.” Her idea was to take the perspective of the company’s biggest competitor—and figure out how to drive the company out of business. She asked the executives to try to kill their own company.

I have never seen a more energized group of execs in my life. After they generated all these ideas, they were able to recognize some as real threats and others as opportunities. Then they asked themselves: What are we going to do about them?

You’re also in a position to raise problems that normally you’d be uncomfortable pointing out. You can admit that the emperor has no clothes, even if you’re not a great tailor. Because that’s the whole point.

A few questions would emerge: Do we all need to be on-site all the time, in order to facilitate learning? Do we need to employ faculty? Or could we build a consortium of universities with shared talent that could teach all over the world?

Those kinds of questions are exciting to me—especially now, after this year of virtual and hybrid learning. Already, I’ve started thinking about teaching and learning in new ways, and have made discoveries and observations that have fostered meaningful interaction and collaboration in this remote environment.

As soon as we learned we’d be going virtual at Wharton, I was nervous. I do almost exclusively experiential learning in the classroom. The students spend time solving problems, and then receive feedback about how they can be better negotiators or make better choices as a group. I knew some of that would be lost.

For me, the immediate answer was guest speakers. For years I have struggled to bring the caliber of guest speakers that I want to Philadelphia. But this year, everyone is sitting in front of their computers looking for something to do.

I asked my students to nominate speakers—and so far I’ve had a 100 percent “yes” rate. We’ve had Mellody Hobson, Sheryl Sandberg, David Chang, Admiral William McRaven…the list goes on and on. Saying yes to a 30-minute Zoom is not that hard. This is one of the best things I’ve ever done in the classroom.

If I’m running a University that goes beyond the hub model, I’d make a list of the alums and other speakers I most want to bring into the classroom, then make that a staple of the experience.

Tech can bring quiet voices to the conversation

For years I have struggled to get my more introverted students’ voices into the classroom. With Zoom, I encourage students to participate actively in the chat window using hashtags: #question; #debate to bring in real diversity of thought; #aha if you have an insight to share; #onfire if you desperately want to get into the conversation right now.

What’s remarkable is the variety of perspectives and the choreography. For years in the classroom, I’d call on whoever had a hand raised. Now I can hear from students who build on one another, who get to reflect and formulate their question before they ask it aloud. I think that kind of innovation is long overdue.

Students ask for what they need

One thing that was surprising to me was that my students asked for more supplementary resources that build on the material we are studying. Before this year, I’ve rarely had requests for extra articles to read or TED Talks to watch. Now I’m compiling a library for students to follow up and do a deeper dive into different areas of my class.

Not all learning needs to be synchronous

My job as an organizational psychologist is to ask, What do we know from the data? We can look at how interdependent a task or project is. It’s actually easily understood through a sports metaphor.

Some learning activities or projects are like baseball: Everyone gets a turn at going up to the plate, swinging the bat, running bases. That type of work can be done asynchronously. As a professor I can record a video, ask students to write down their thoughts, and send them back.

Where we really need to be synchronous is when we are doing something that’s more like basketball or soccer: passing ideas and information and data points back and forth.

Going forward, I’d say, let’s move everything that can be done in a pooled fashion to an asynchronous situation, so that when we do come together, that time is well spent.

The best alternative to a university hub model is the way NASA trains astronauts. One of the things they learned: It’s not the frequency of communication between people that builds their connections to the team and the culture, it’s actually the intensity of communication that matters.

When they brought an American, Italian, and Russian cosmonaut together, instead of creating a weekly experience, what NASA did was bring them together for 11 days—they got lost in the wilderness together and cooked meals together. A very deep-dive immersion.

Applied to the university setting, I would take a cohort or class of students over a concentrated period of time, maybe on campus or in another location, and put them through a series of experiences that are very personal, sometimes stressful, and that ultimately force them to open up and take off whatever mask they’re wearing. Once we have those experiences, we can do a lot of learning from a distance perspective.

That would open the door for experiential learning. If we want people to trust one another, we need them to have intense experiences together in a short burst of time. Then we can all be distributed geographically but still feel connected.

The travel-abroad semester needs a rethink

We are living in an increasingly polarized country, and my students are horrified by it and want to change it. And now with the pandemic, people are worried about traveling abroad. This presents an opportunity. Sociologist Arlie Hochschild, the author of Strangers in Their Own Land, has suggested a within-country exchange. What if we partnered coastal universities with ones in the Midwest or the South, and sent students to a different state or part of the country instead of a semester abroad?

Universities can do better at connecting students

As a psychologist, I know a huge part of students building connections and feeling engaged in the classroom is also about feeling like they have common interests with their classmates. But basic commonalities are not enough—these shared interests and backgrounds and values need to be rare.

As an example: Imagine you’re in your hometown, and you run into someone who is from your hometown. That commonality is meaningless—it’s expected, there’s nothing special about that. But if you ran into that same person in another country, you’d immediately be best friends, because in that situation, that commonality is rare.

Research shows that first-generation college students often feel unprepared for the challenges and struggles of going to university. But put them in a workshop where they hear from juniors and seniors who are also first-gen, and it helps students realize that other people like them also struggle. They see it’s OK to say “I don’t know,” or to go to office hours. That does a ton for improving grades, performance, and retention.

So if we move away from the hub model, I’d say part of the job of the university is to bring small clusters of people together who have some things in common that are rare. Think about groups at risk, who have a shared experience or background, and build those bridges. That will ultimately help everyone succeed and belong.

Killing the university could result in something better

We don’t really know what a true generation of digital nomads who’ve had a full virtual learning experience will want in the future. I think we’re all going to want the traditional classroom model at some point, but I don’t want to extrapolate my own preferences on a generation that has had a really different upbringing.

Reducing technological friction will go a long way. Hearing people laugh during a Zoom lesson would make my job as a teacher or speaker so much better. We’re also hardwired to build trust in a face-to-face setting, and these pseudo-3D images of one another are not cutting that.

Another idea: Let’s realize that people don’t bond at a 200- or 300-student level, they bond at a 5-, 10-, 50-student level. So maybe we’re going to create more pods that have shared experiences together, versus some huge, meaningless graduating class where you don’t know most of the people.

Think of it as rebuilding, rather than re-creating, what we already had.

Adam Grant is an organizational psychologist and TED speaker who helps people find meaning and motivation at work. He is the author of Think Again: The Power of Knowing What You Don’t Know (February 2021) and a professor of psychology at the Wharton School of the University of Pennsylvania.

FILED UNDER
CULTURE LEADERSHIP EDUCATION
Interested in workspace? Get in touch.
Was this article useful? 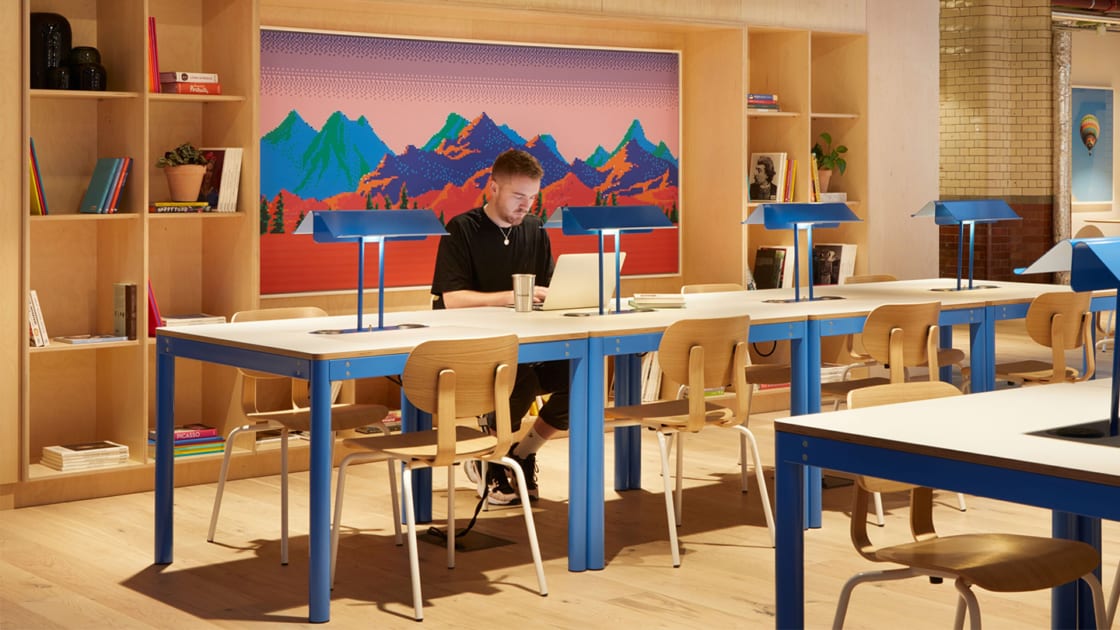 Spaces to study and extend the university experience

For those who can’t get to campus this semester, being in a WeWork space sustains the educational momentum 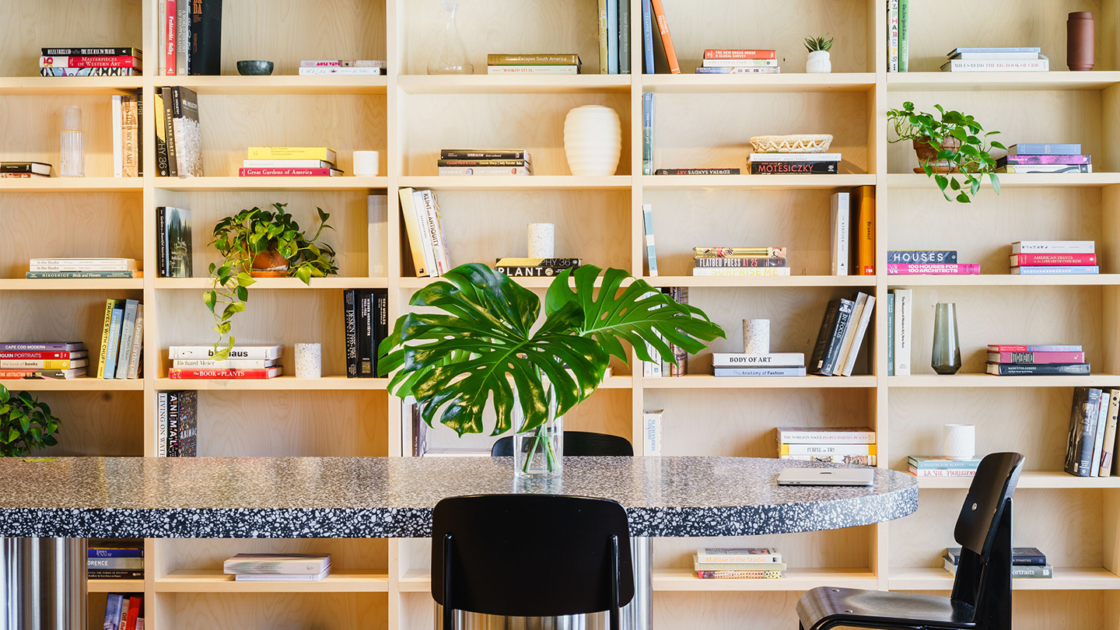 The impact of COVID-19 on the university student experience

A new study shows just how much students are struggling, and how universities can improve their experiences 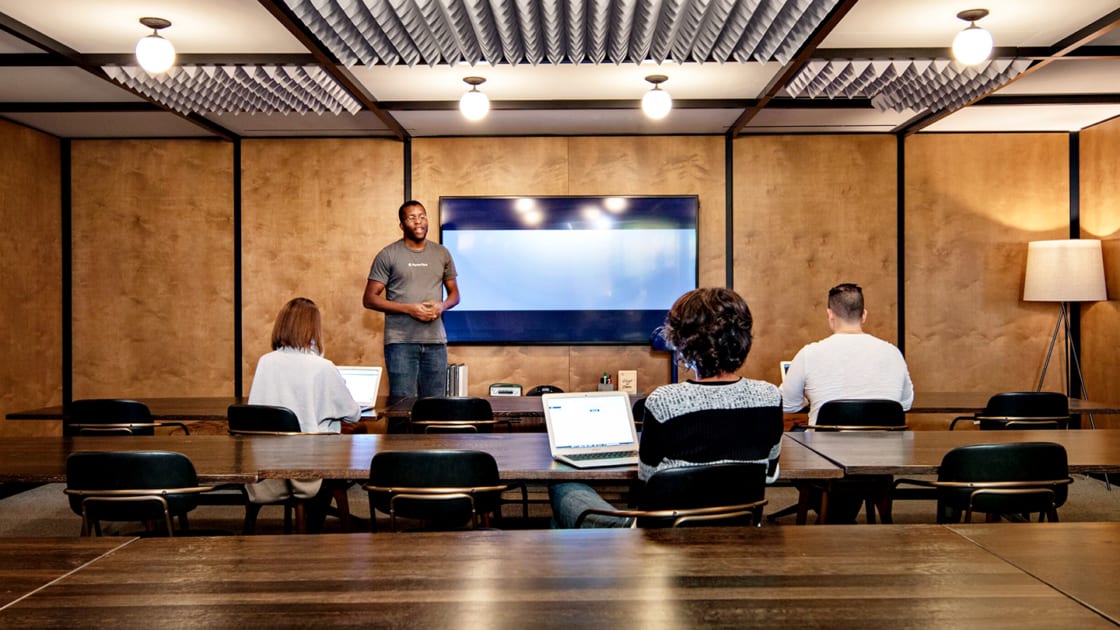 The changes universities have been waiting for