For hundreds of years, London has been a global hub of economic activity. Beginning in the Enlightenment, one of the most vibrant intellectual periods of the last millennium, it was the coffee houses of England that housed the creators, entrepreneurs, and changemakers who were reimagining the world around them, and who would begin to shape the future—from the Industrial Revolution to the increasingly connected global community of cities in the 21st century. As cities around the world continue to transform, grow, and connect, London remains a thriving and diverse community of creators and changemakers and a model of leadership to the world.

WeWork is a part of that story: We started in London in 2014, welcoming 600 members into our first location in South Bank. Four years later, we’ve grown to over 35,000 members in 39 open and announced locations spanning from the business district of Hammersmith in West London to the creative hub of Hackney in East London.

Today, in concert with the Centre for Economics and Business Research (CEBR), the leading independent economics consultancy in the UK since 1992, we are excited to release the findings from our first London economic impact report at the House of Commons.

Reflecting on our growth in London, we wanted to answer this question: “What role does the WeWork community play in connecting and uplifting the local economy, and how is WeWork helping Londoners make a life and not just a living?” To do that, we asked CEBR to help us understand our impact on people, neighborhoods, and the city itself. The answer is clear: WeWork is helping businesses in London to grow, save, and thrive, and, as a result, supporting dynamic economic activity across the city.

WeWork helps businesses to be more productive and to save, which drives tremendous growth. In London, 81 percent of members say that their productivity has improved since joining WeWork. That bump in productivity has come along with cost savings: The average four-person company in London saves £24,000 a year on occupancy costs, a 38 percent savings over traditional real estate options. Those savings allow for business to grow: WeWork members in London report that their revenue has increased by an average of 34 percent. Since joining WeWork, these companies have hired an average of 5.8 new employees.

Businesses say that their savings go far beyond month-to-month real estate expenditures. Vaughn McKenzie-Landell, CEO of JAAK, which makes it easier for the music industry to license music for online use, says his company has been able to take more and more space as it has grown.

“WeWork has helped us expand by giving us a level of flexibility we’d be hard-pressed to find elsewhere,” says McKenzie-Landelle, a member at WeWork 41 Corsham St. “We’ve gone from two to 16 people, and WeWork has had the perfect solution for every team size and problem we’ve thrown at them. The team at our building feel like members of the JAAK team.”

One of those business leaders who has found a home at WeWork is Monica Parker, founder of Hatch Analytics. The member at London’s WeWork Medius House says WeWork has created an environment where women “feel that they’re a part of a community.”

But more than that, Parker says WeWork has the right services and amenities to let her focus on running her company.

“A lot of female founders like myself have learned the importance of delegating,” says Parker. “You can’t be a successful entrepreneur, especially when you’re a woman who has a family and a life outside of work, without delegation. WeWork allows you to delegate the small things no founder should have to worry about.”

WeWork brings new people, businesses, and economic activity to London’s neighborhoods. More than three-quarters of WeWork members in London are new to the neighborhood where they work, bringing with them not only their businesses but also increased spending in area pubs, cafes, and restaurants. The average WeWork member spends £55 on food, drink, and other necessities every week— more than three times the average Londoner. That adds up to nearly £75 million a year in spending at local neighborhood businesses.

To get to their new place of work, 97 percent of WeWork members in London walk, bike, or use public transit. That’s just the start for WeWork’s impact on sustainability; WeWork spaces are more than 2.5 times more efficient than traditional real estate, unlocking more than a million square feet of real estate in London’s already-dense neighborhoods and business districts.

Beyond the impact on business and neighborhoods, WeWork is having a profound economic ripple effect on London as a whole. By providing a home for some of the fastest-growing startups in London—along with some of the biggest and most established firms—WeWork is creating an ecosystem of innovation that allows WeWork members to tackle tough problems together. About a third of WeWork members say that members they met in the office have given them ideas on how to improve their businesses.

“I actually teach productivity in my business,” says Abigail Barnes, CEO of Success by Design Training. “I’m constantly inspired by the community at WeWork.”

Barnes, a longtime member at WeWork 15 Bishopsgate, says that amenities like meeting rooms and spaces for large-scale gatherings allow her to accomplish more than her peers outside WeWork.

“Last week I sponsored my 20th event in a WeWork,” she says. “I’ve probably had over 1,000 people in total come to events at WeWork. So my membership has allowed me to easily do things people outside of WeWork find it hard to do.”

A powerful engine for growth

The dynamic economic activity taking place in WeWork spaces drives growth outside of WeWork buildings, too. CEBR found that the WeWork economy creates a 2.1x economic multiplier, meaning that every 10,000 WeWork members support more than 10,000 additional jobs outside of a WeWork building through induced and indirect spending. Between WeWork members and the jobs they support, the WeWork economy totals £6.3 billion in activity throughout the city.

Together we are reimagining, reshaping, and humanizing the architecture of our space, our buildings, and our cities to support innovation, encourage human connection, and provide economic opportunity. We started in London, but we’re already expanding across the UK to cities like Manchester. In every building, in every city, we carry our conviction that great things happen when we bring people together to connect, collaborate, and change the world.

We are committed to London, and we are going to keep building, keep innovating, and keep fighting to create economic opportunity for people across London, the UK, and around the world. 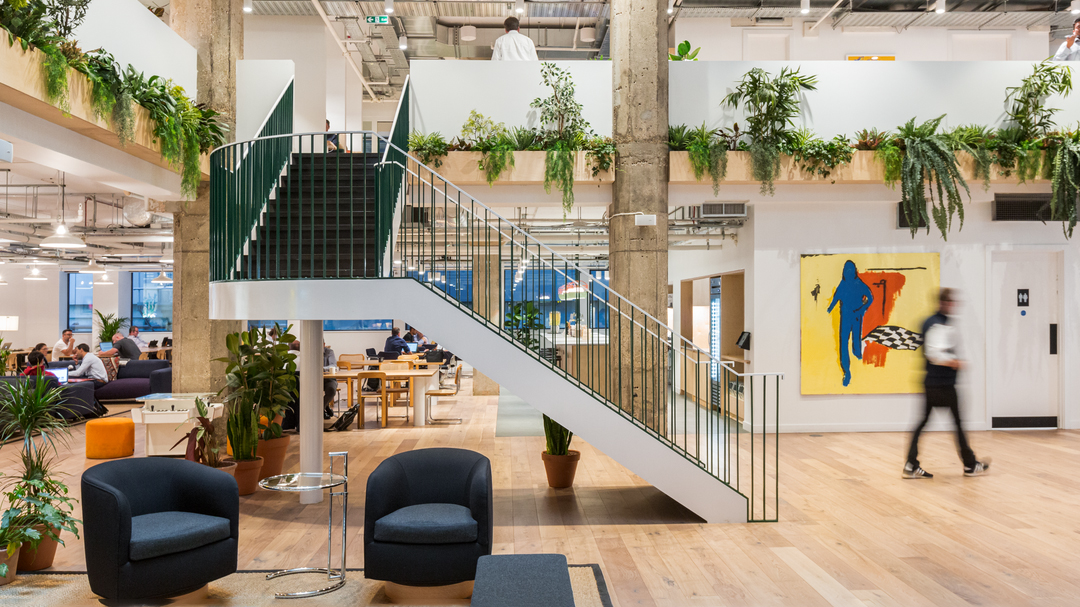 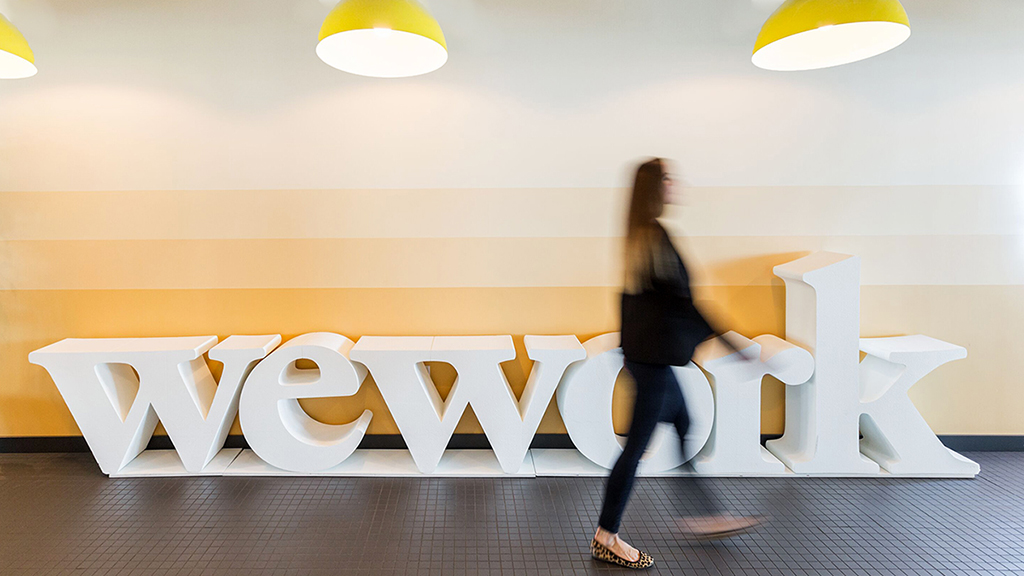