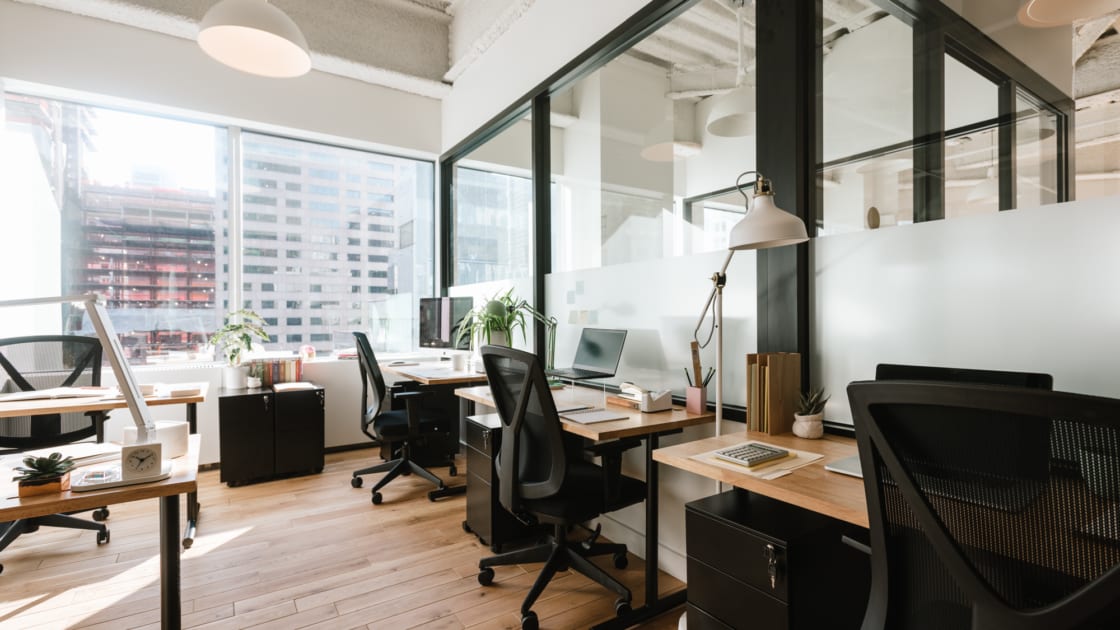 A few years ago, Kevin Freidberg, founder of 7-Second Websites, joined an online writers group. The Minneapolis copywriter had been working from home for nearly a decade and was really missing a sense of community. “When you work full-time, you just get everything, including help, ideas, and inspiration. When you’re by yourself, you realize that goes away,” Freidberg says.

To further build his community, Freidberg joined WeWork 729 N Washington Ave in 2019. He started out working at a hot desk in a communal space and quickly realized how much he enjoyed the sense of structure and the separation between work and home life that came with being a WeWork member. Next, he wanted to connect with other members.

At that time, Freidberg had recently become certified in a type of copywriting called StoryBrand—a framework for clarifying your business’s mission statement—and was a copywriter for different brands. He decided to prop up the StoryBrand book behind his laptop while working, so people could see it when they walked by, as a way to spark conversation and meet new people. “That was my first way of saying, ‘Hey, come talk to me. I’m here,’” he says.

It turned out to be an effective conversation starter. “People started coming up to me, saying, ‘Hey, I read that StoryBrand book. Is it cool? Does it work?’”

Those conversations led to coffee chats—and Freidberg made his first group of friends that way—friends he’s still connected to and with whom he has weekly lunches. 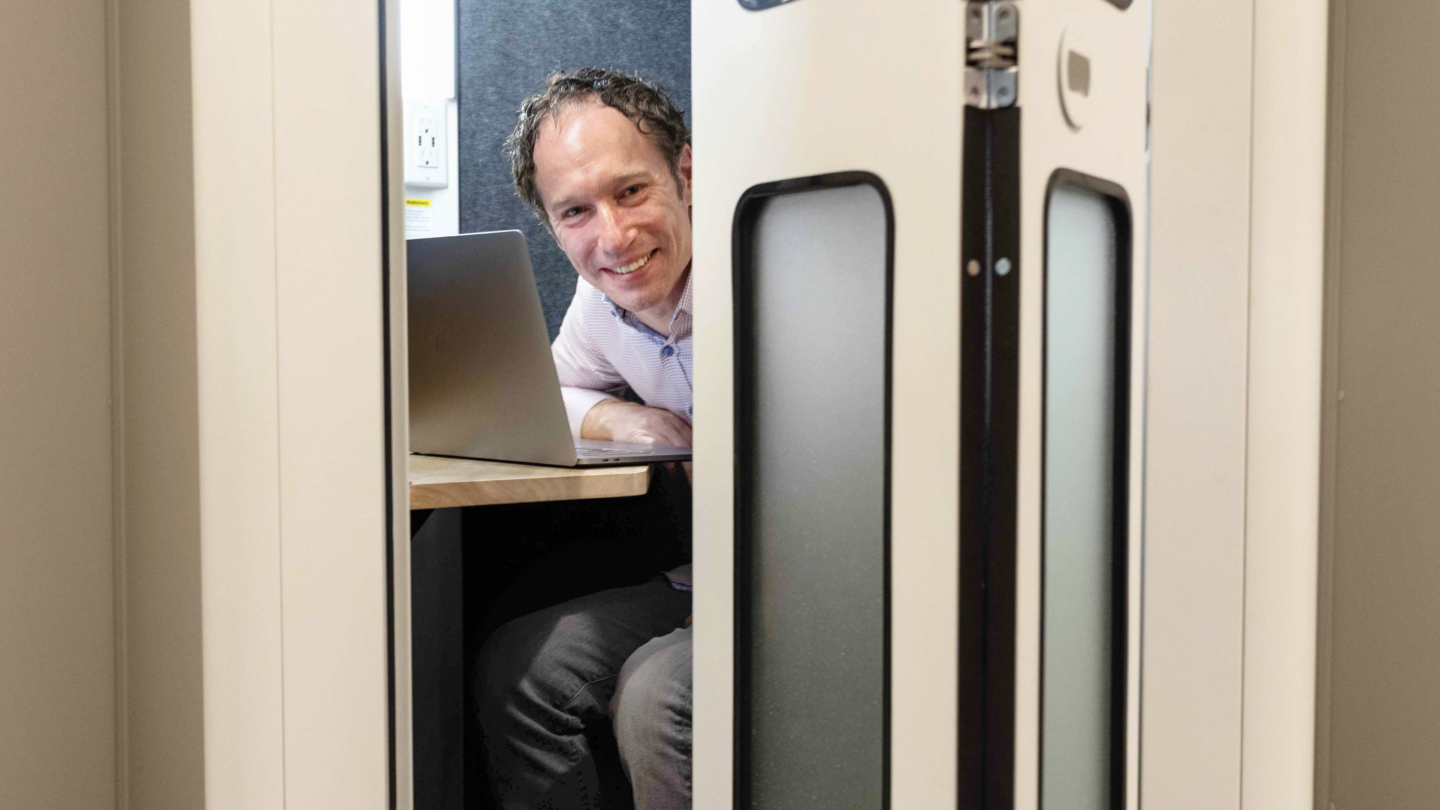 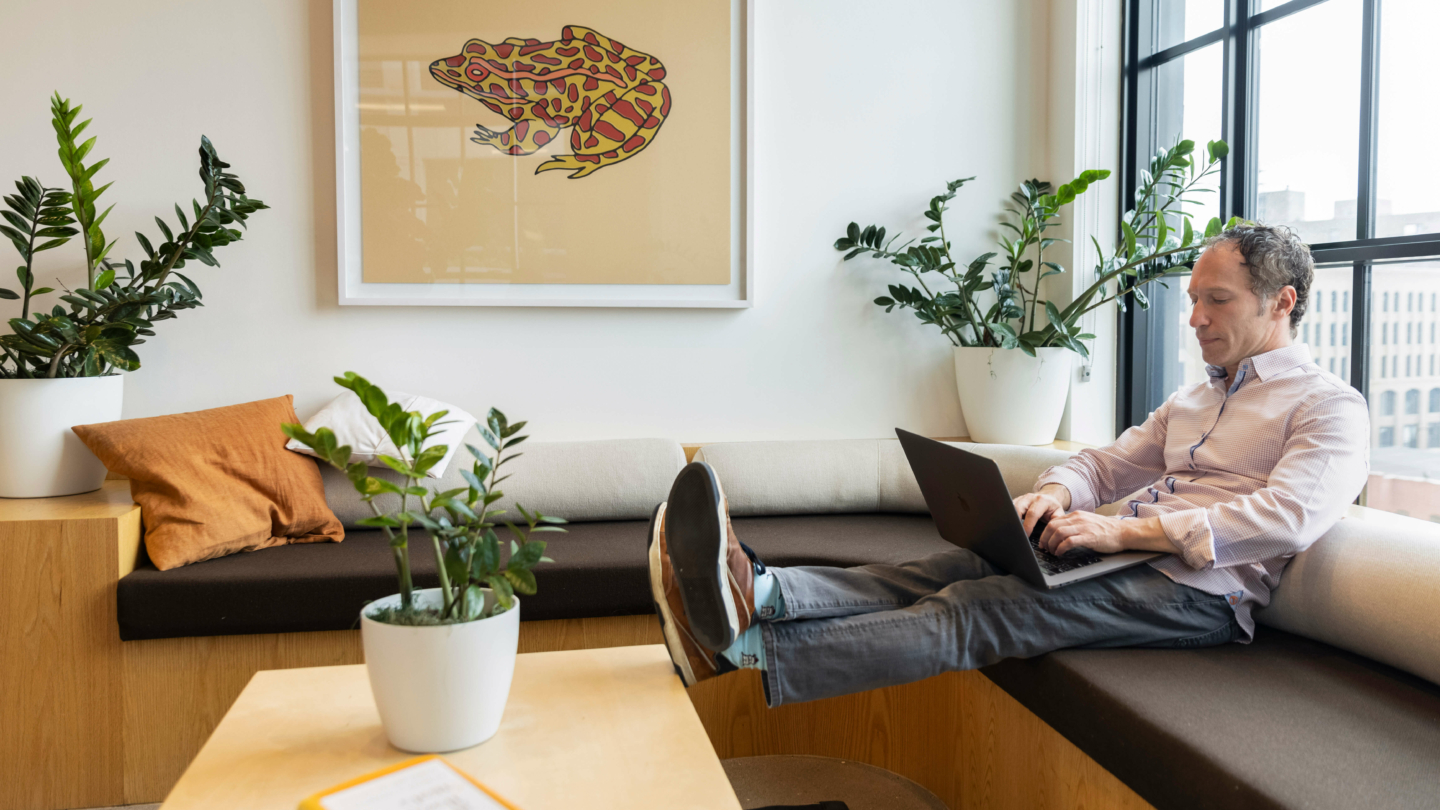 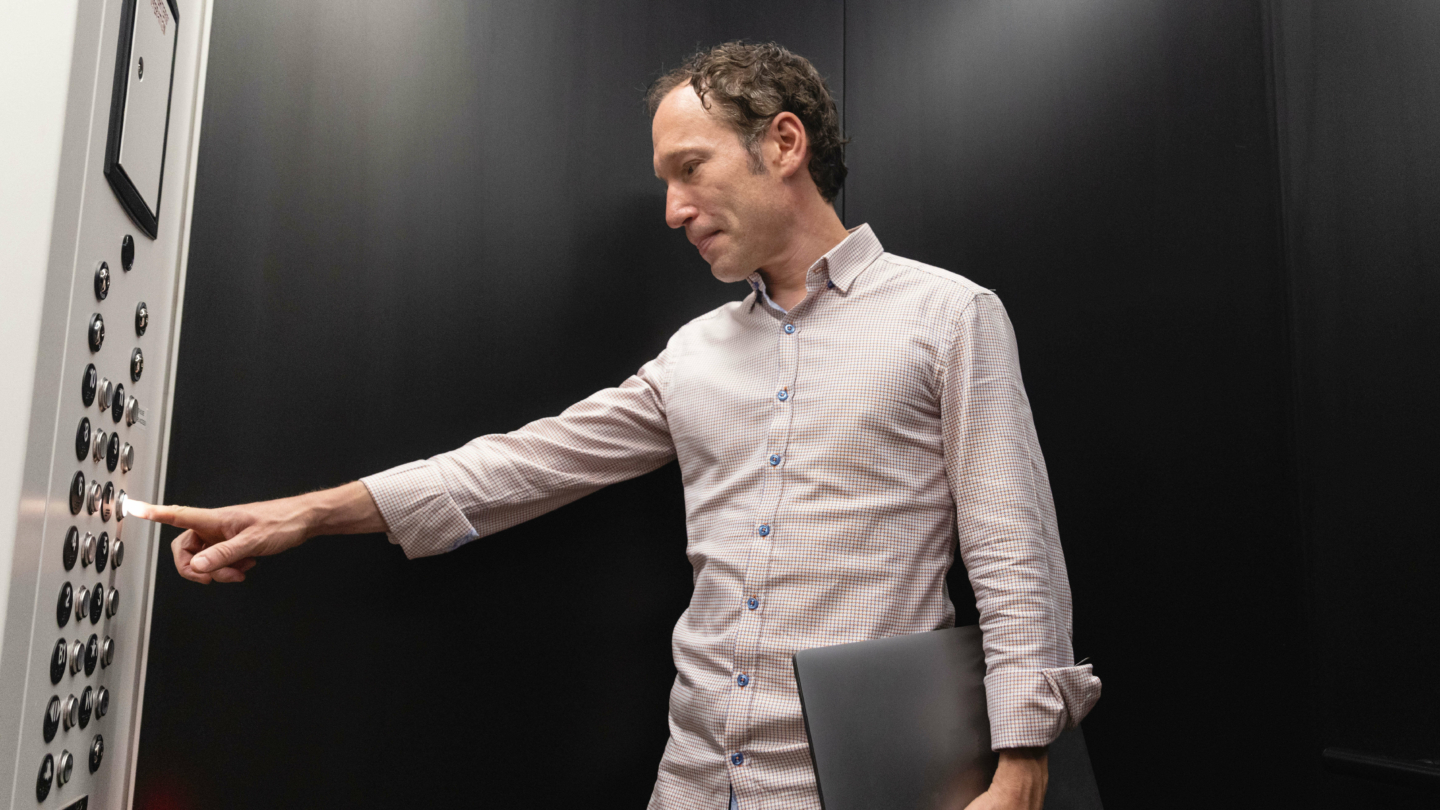 But that wasn’t Freidberg’s only get-to-know-me strategy. He also decided to start a new conversation each time he rode the elevator in the building. He’d ask what the person did for a living, but when it came time to share his own work, he found it wasn’t easy to explain in a few seconds. When he’d share that he did a combination of writing and marketing, he’d receive a half-hearted “that’s interesting” response. Freidberg was determined to get his pitch right. He wanted people to know quickly—in a few seconds or less—what he does. The elevator was his training ground.

After a few months of experimenting with different phrases on his elevator rides, one day he found himself saying: “I write websites.” It was simple and to the point, and it stuck. Freidberg could be talking to anyone, with the door to their floor about to open, and if they asked him what he does, he’d be able to say it before they stepped onto their floor.

Freidberg soon gained a reputation at WeWork as the guy who writes websites. “For some reason, 80 percent of the time they’d say, ‘Oh, we need a website,’” he says of the people he spoke to. “Sometimes they’d make me come onto their floor and talk and we would wind up getting together later to talk business.”

Shortly after that, Freidberg was riding the elevator with another WeWork member who told him she runs a mental health startup that deals with depression. In turn, he shared that he writes websites, adding that he’d dealt with depression himself. “And she pulled out her phone and goes, ‘Is next Tuesday good? I’ve got 4 o’clock,’” he recalls. “I was like, ‘Yeah, that’s great.’”

Freidberg lights up when he shares this story—it’s a favorite. “That was the first really big deal I got to close at WeWork,” he says. “I still work with this company and they’re terrific.”

Only one person showed up for his first workshop: a WeWork community manager who needed the help. Freidberg dove in, and by the end of the session, she’d found the words to articulate her job and her team’s mission. “Her face just lit up,” he says. “I got addicted to taking people through this process of three questions. It’s all centered around your customer rather than yourself.” Freidberg has held many WeWork Labs since—and hopes to run more—and he still uses that first example as a template for his workshops. 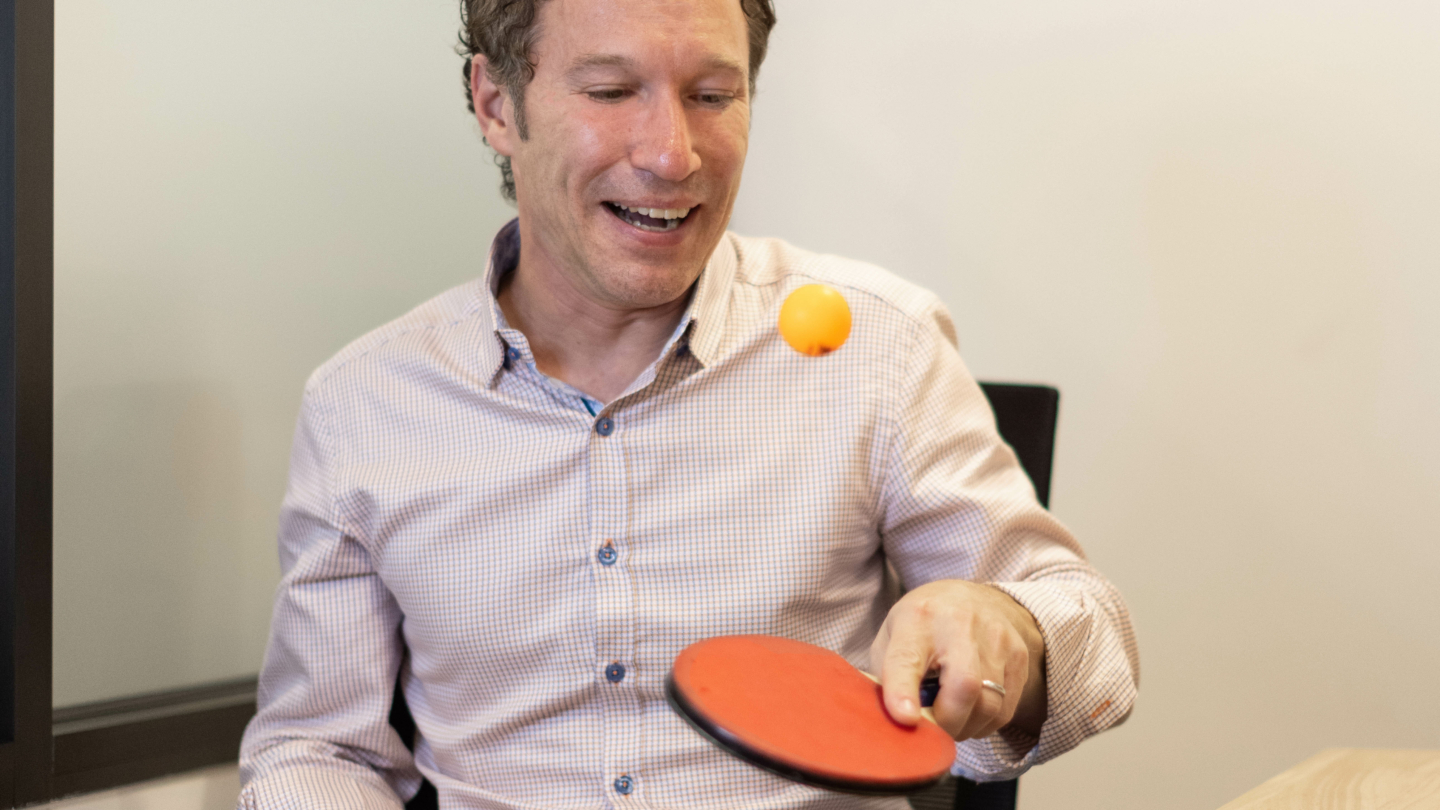 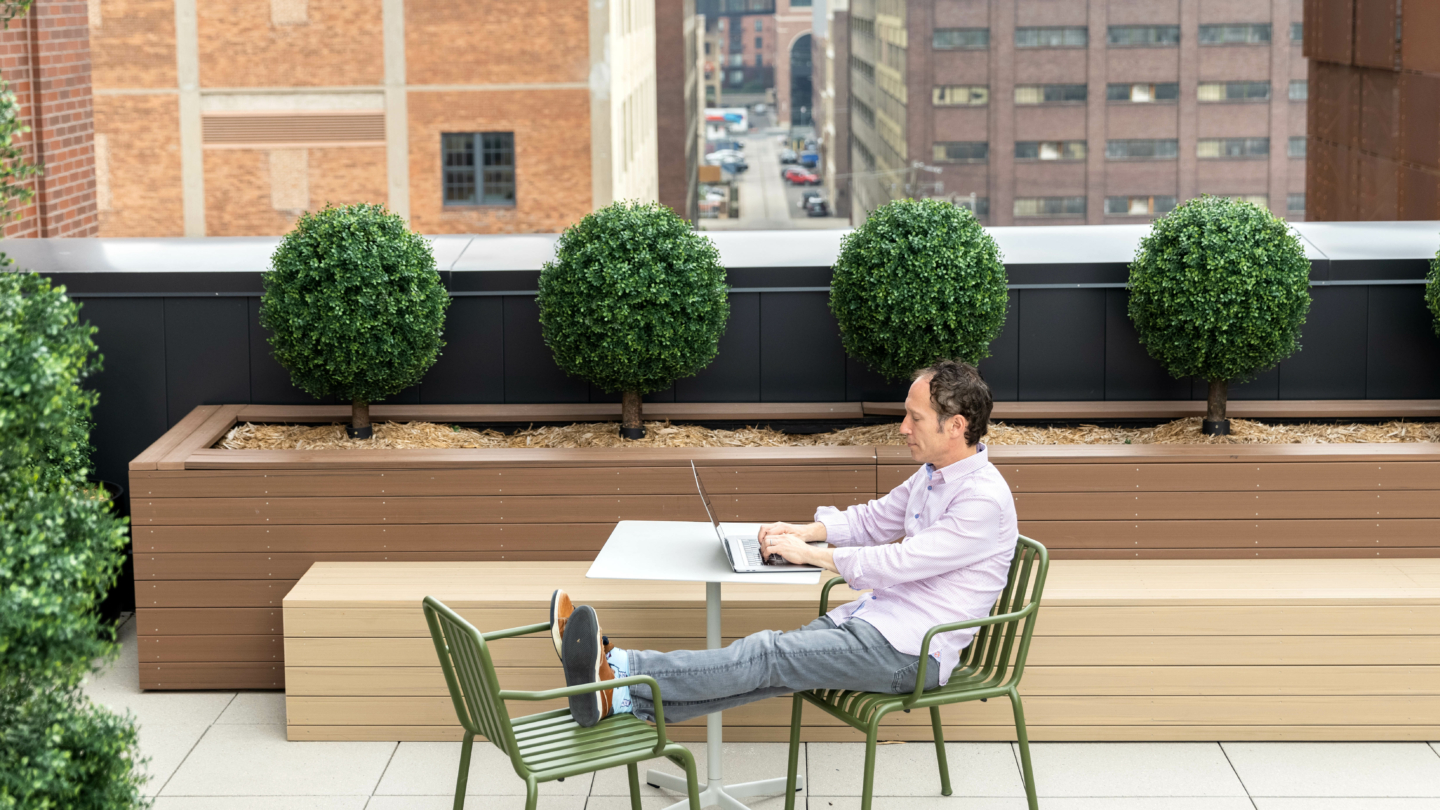 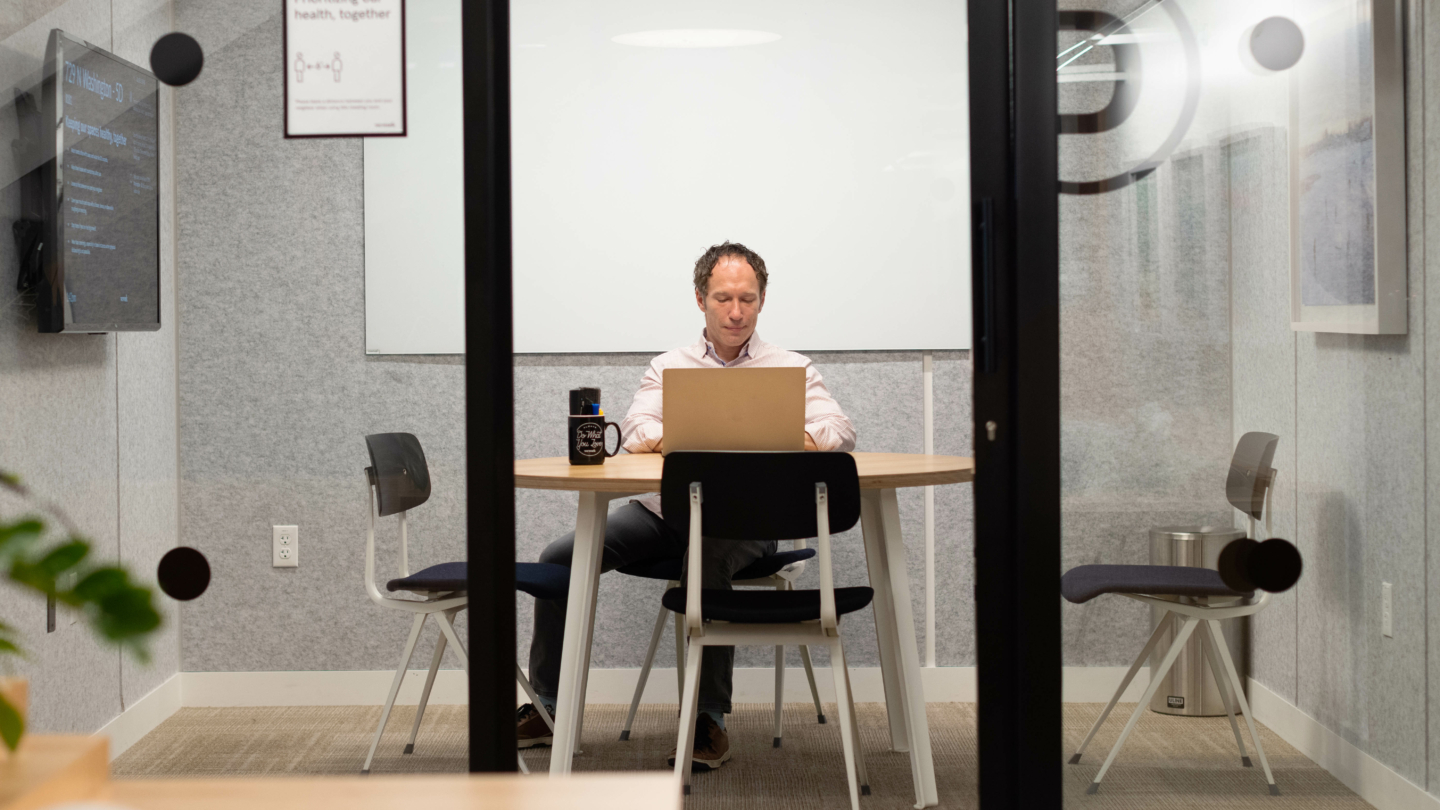 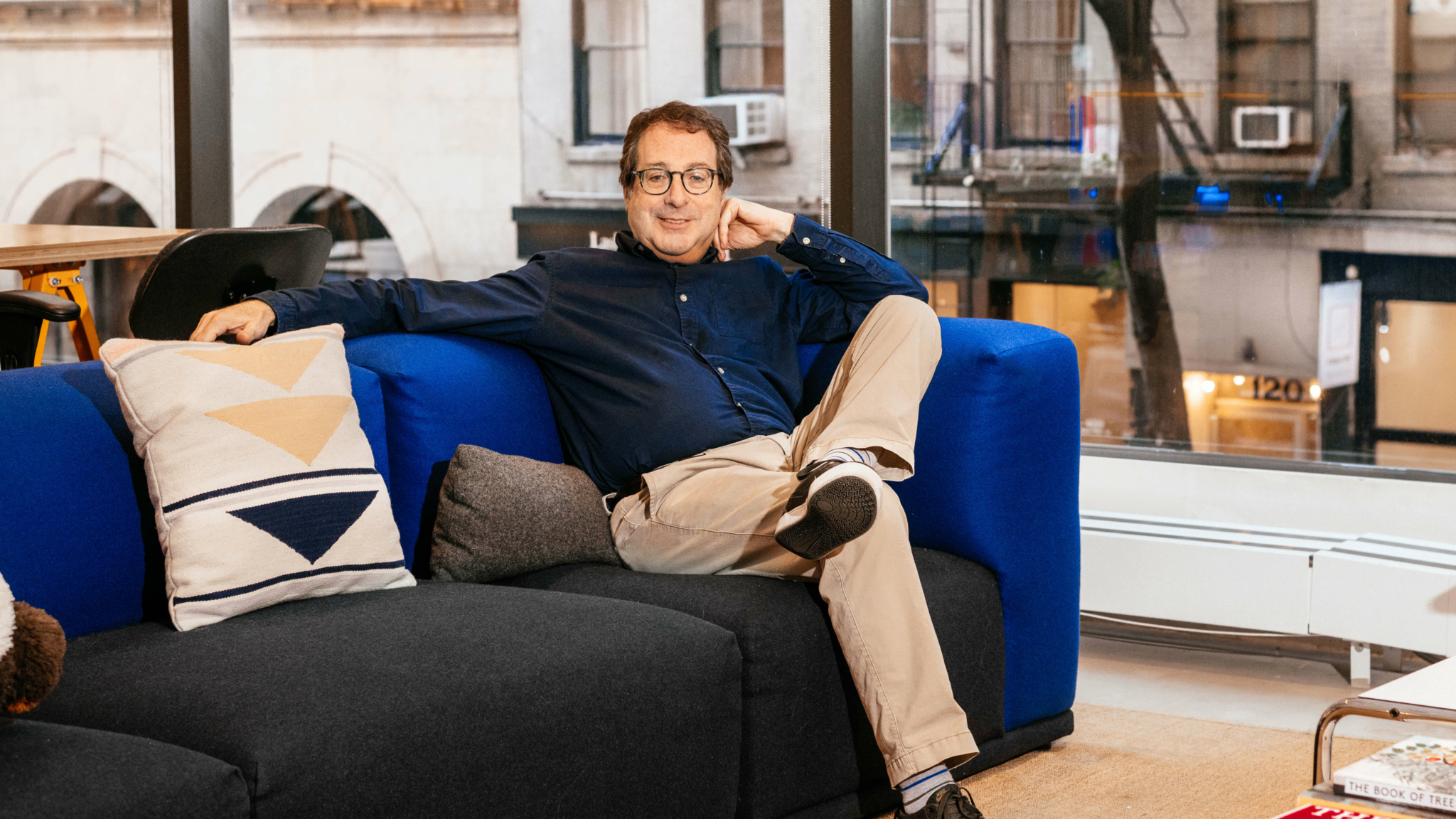 The entrepreneur curating food reviews across the country
By Jo Piazza 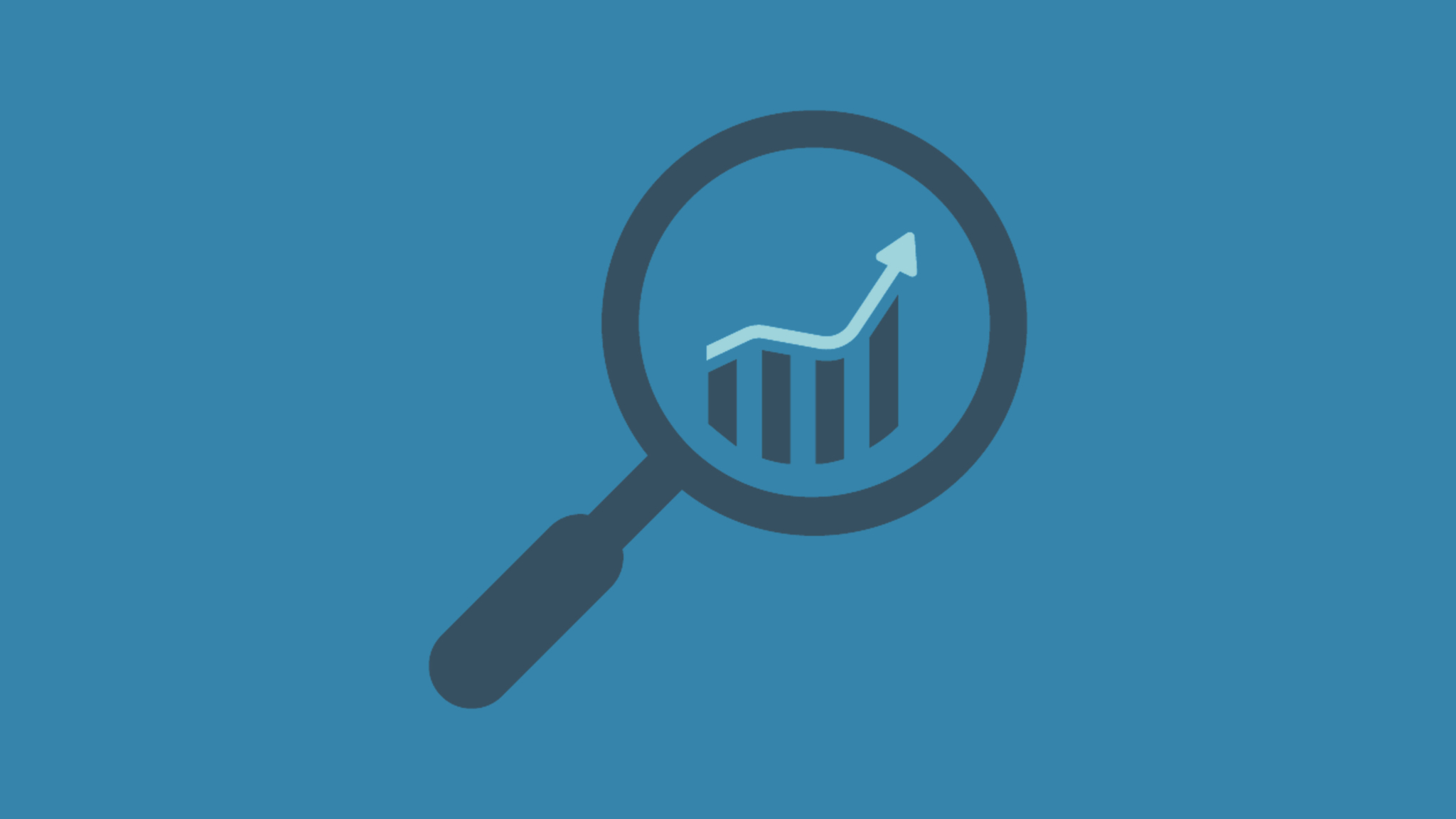 What is search engine optimization (SEO)?
By Sam Lee 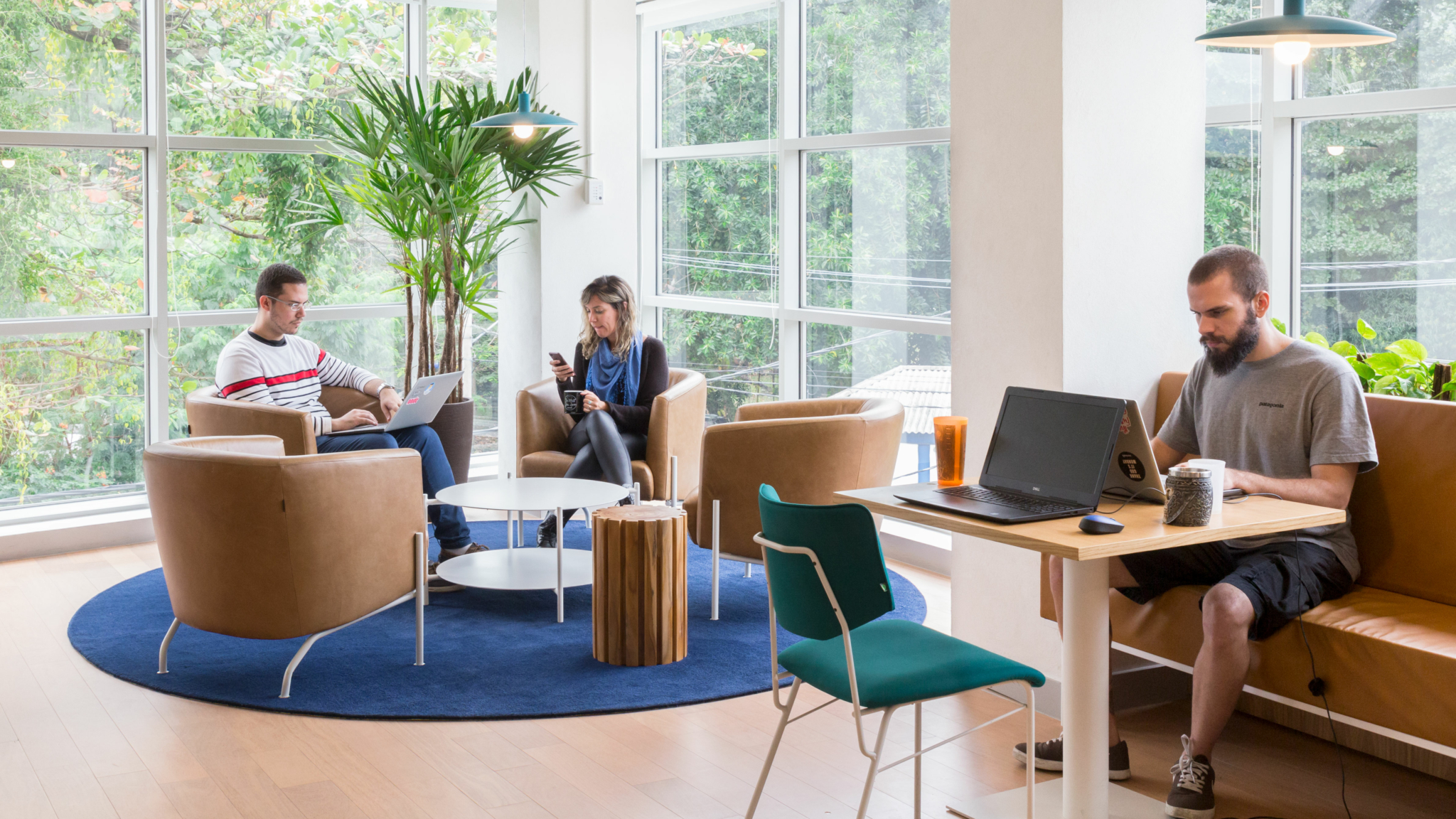 Is it time to consider a 30-hour workweek?
By Samantha Pena

Today, Freidberg works in a sunny three-person office, right down the hall from a friend. He jokes it may be a bit spacious for one person, but he enjoys the extra room and the ability to host guests. Sometimes he’ll invite a guest to join him for the day to work together in silence, then brainstorm during the afternoon. During work breaks, he wanders the floor, discovering new offices and learning about other companies.

As it turns out, the name has extra meaning. He initially chose it because “the name felt right,” he says. “Only much later, like six months later, I realized I’m on the seventh floor of 729 Washington Avenue. That was kind of cool number stuff. That feels lucky.”

Leeron Hoory is a writer based in New York City with experience covering real estate, politics, and technology. Her work has appeared in Quartz, the Village Voice, Gothamist, Slate, and Salon, among others.