This year’s Asian American and Pacific Islander Heritage Month comes amid turmoil: a spike in violence against Asian Americans, the second wave of a COVID-19 crisis in India, and an ongoing fight for racial justice in America. It’s a particularly poignant time to reflect on where we’ve come from and where we’re going. In the workplace, empathetic leadership has been key to helping teams pursue their work during a time of change and uncertainty. Three leaders at WeWork shared their stories, how they’re processing AAPI Heritage Month, and how they’ve adapted their management to the times.

How the pandemic has changed managing

For Jacqueline Luu, vice president of internal audit at WeWork, not sharing the same physical space during the pandemic has made building connections among team members challenging. It’s also hard to know how others may be struggling. At WeWork, Luu leads a team that provides independent, objective assurance and advice to add value to WeWork’s operations, risk management, control, and governance processes.

During these times, Luu finds it essential to be “open-minded, nimble, and kind in all interactions,” and to be “supportive of everyone’s needs to balance their personal responsibilities with work,” she says.

“I don’t want people to feel like they have to sacrifice anything in their personal life in order to get work done, or vice versa,” Mar says. “Helping them find that balance is really important right now.”

Trust is key, according to Nitin Gopalani, director of people ops and service management. His team optimizes employee experience and supports those who have HR interactions with employees.

“We ultimately have to trust one another, and that even though we’re disconnected—they’re at home, I’m at home—we’ll get the job done,” Gopalani says.

Though challenging, Gopalani has also found a benefit to these unusual circumstances. A year ago, he might have been embarrassed if his children ran by in the background of a video call. Now everyone can empathize. “It’s had the effect of building stronger relationships,” he says. “My team knows more about me and my family, and I know more about them. Finding those bright spots definitely helps.”

Being Asian American in the workplace

A diverse population, Asian Americans have roots in more than 20 countries. There is no single story that represents every Asian American journey. While Luu’s parents were refugees of the Vietnam War, Gopalani’s parents were born in India, and moved the family to Hong Kong where he spent the first years of his life.

“I grew up around a diverse group of people, whether they were from Australia, the UK, or China, and I think that really impacted my world view,” says Gopalani.

There is also not one story that represents the Asian American career path. While a quarter or more of Asian Americans report workplace discrimination, Gopalani, Luu, and Mar agree they have been fortunate.

“I don’t feel that I’ve been treated differently than anybody else at WeWork or any other company,” says Gopalani. “I know that’s not always the case for a lot of people.”

Luu agrees, saying she hasn’t felt negatively impacted by her identity. “My only observation is that I look young for my age, which makes people question my level of experience,” Luu says.

This has happened to Mar, too. He has also experienced being one of the only Asian Americans in a work setting, and he has had coworkers confuse him with other Asian American colleagues. But he sees dynamics improving.

“Historically, it’s not very common to have someone who looks like me in the role that I have,” Mar says. “So I’ve had to overcome some expectations, especially earlier in my career. Over time though, it has become less and less of a barrier.”

Attention to Asian American issues has increased this year due to a rise in violence toward Asian Americans. “To me, it feels like an unusual time to be celebrating,” says Mar. “While it’s usually a time of celebration and having meals with family and friends, there is this added pressure of making sure that people who might not come from the same background understand the importance of celebrating our heritage and our experiences.”

Gopalani recalls the discomfort that came with looking a certain way and growing up in America after September 11. “My community—people from India, Pakistan, or any brown person—all experienced this in the wake of September 11,” he says. “I can only assume that it’s what people of East Asian descent are going through now. No one should be in that position. You don’t feel safe. You don’t feel comfortable. And there’s nothing you can really do because you have to live and survive—this is your home.”

For Luu, AAPI Heritage Month makes her reflect on her family’s story. Her parents escaped war-torn Vietnam with three-year-old Luu and her siblings. The journey was treacherous: Pirates attacked their boat en route to the Philippines. Her infant brother fell overboard as the boat started to sink, and was rescued by a local. Her father helped navigate the boat to the nearest island of Malaysia, where the family lived in a refugee camp until they were sponsored by relatives to move to the U.S.

“My mother and father sold their possessions to feed us in Malaysia. They were very brave to bring three young children to a new country and start over. I’m proud and thankful to them,” says Luu. “I don’t want their sacrifices to be in vain, and I have worked hard to ensure that they know how much I appreciate them.” 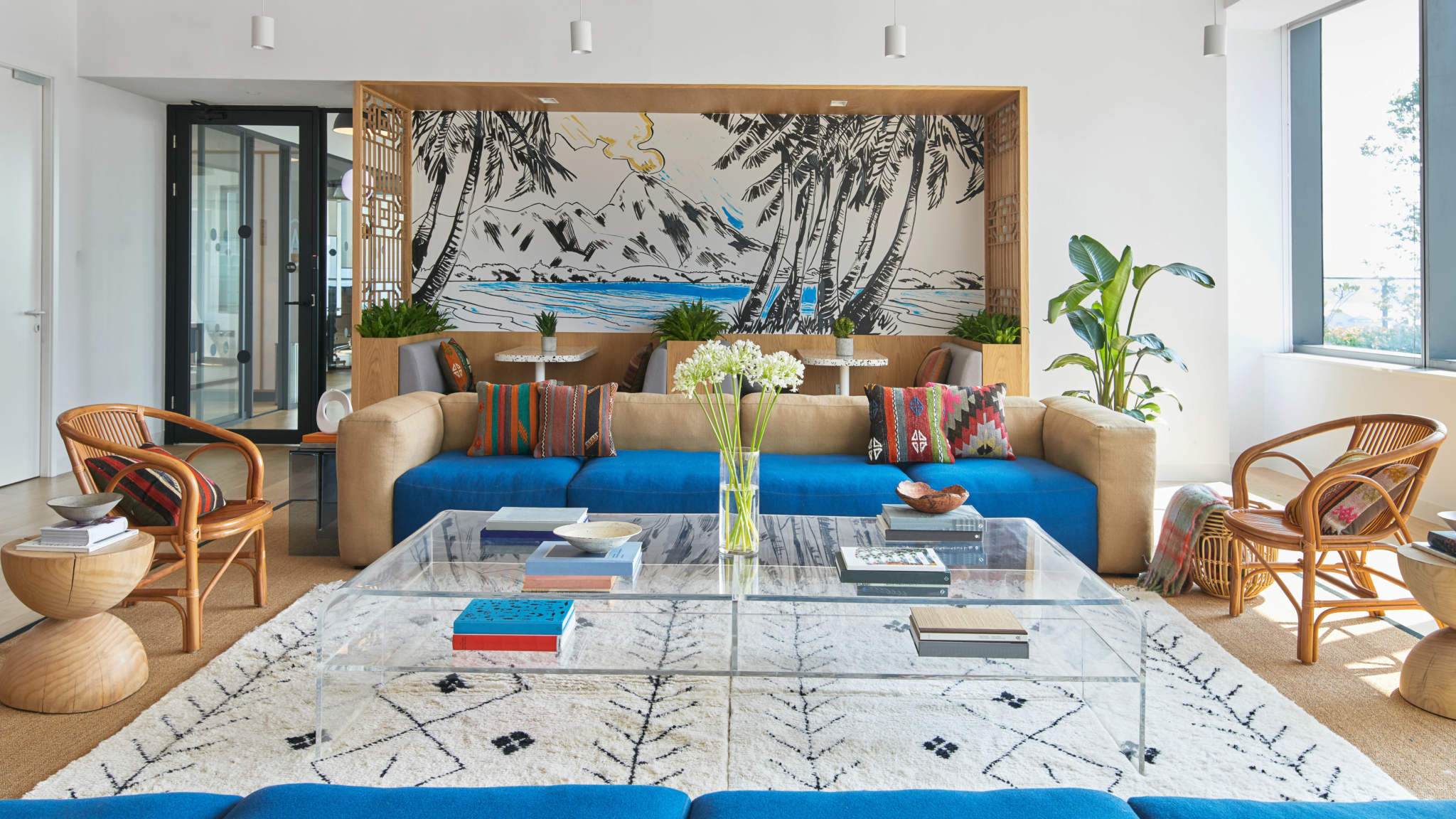 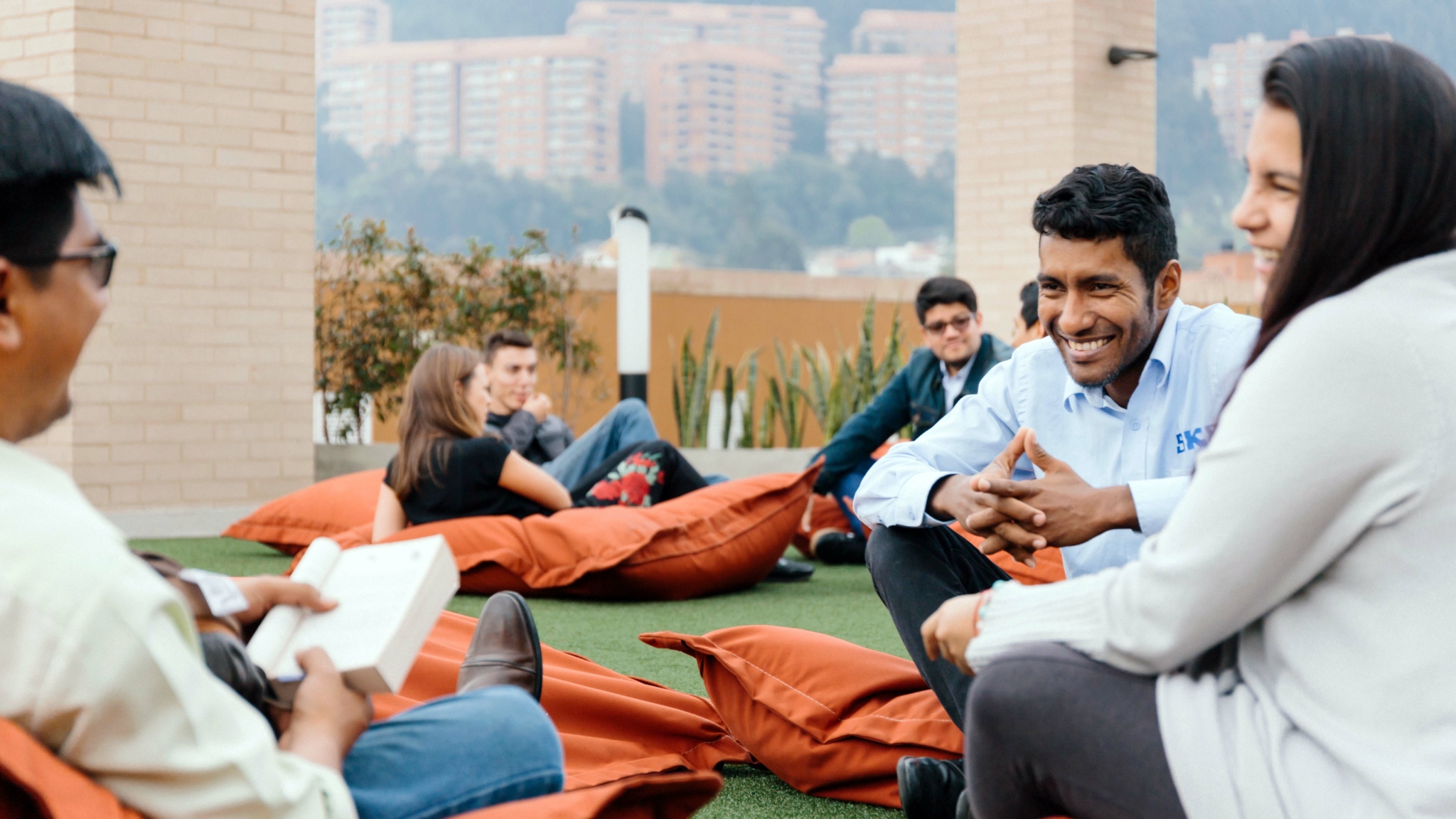 What is diversity and inclusion in the workplace?
By Steve Hogarty 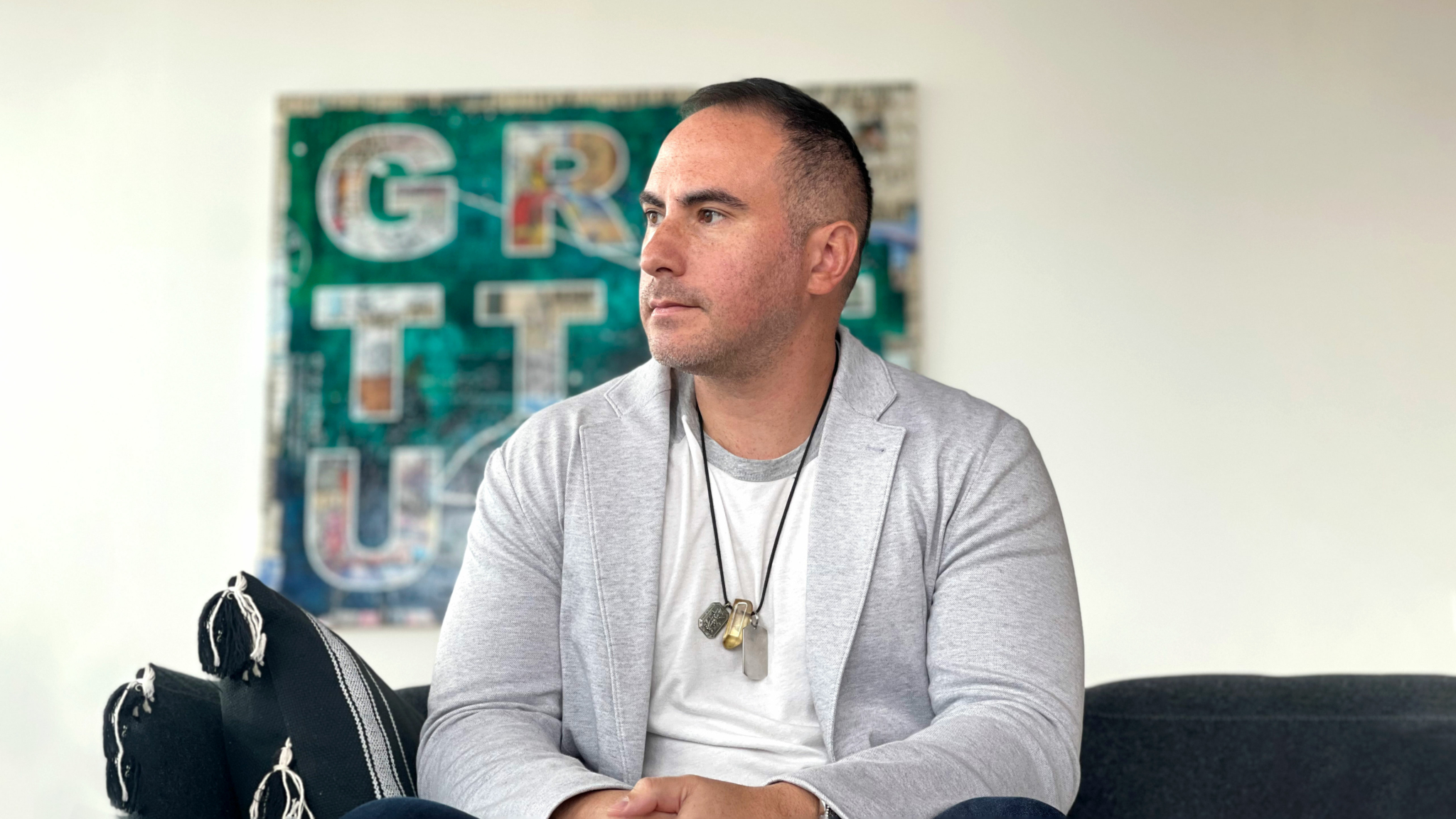 Finding life lessons in service to their country
By Anna Dimond

Luu says she’s inspired by the leaders at WeWork for their depth of knowledge and experience. “I love the entrepreneurial spirit and innovation that our leaders possess and want to learn as much from them as I can,” she says.

Mar draws inspiration from his mentors, many of whom have been women. He thinks this may be due to parallels in experience, and has found it helpful to talk to them about “being one of only a few people who looks like them in the workplace…how they navigated those challenges, and how they dealt with others feeling like maybe they were there simply to fill a quota or add to a statistic.”

Gopalani finds inspiration from the different perspectives of his peers. “You may have one path that you know works, but that doesn’t mean it’s always the right one,” he says. “Ensuring that you provide people with the ability to share their voices, their feelings, their beliefs—I think that’s important and is something I try to do with my team, whether it’s a big project or a small meeting.”

Though this year has been sobering for the AAPI community, Gopalani, Luu, and Mar all remain hopeful. Gopalani is particularly hopeful in shaping the future through his children, making sure they grow up in a diverse community and experience a range of cultures and beliefs.

Mar is encouraged by the level of Asian American representation at WeWork, particularly on the legal team and in leadership. “What you want is for it not to be unusual anymore, for it not to be notable. I think the only way that happens is over time, and hopefully we’re getting there.”

While AAPI Heritage Month brought the opportunity to feature these three WeWork leaders, their thoughtful and effective leadership is something to highlight and encourage all year long. As Luu says, “We need to all support one another, and to be human and kind regardless of race, gender, or sexual orientation at all times.”

Tria Chang is a freelance writer whose work has appeared in the Washington Post, Ozy, and Reader’s Digest, among other publications. She is also an editor at Mochi Magazine, the longest-running online publication for Asian American women.