The share of Americans who identify as lesbian, gay, bisexual, transgender, or something other than cisgender heterosexual reached an all-time high of 7.1 percent in a 2021 Gallup survey of 12,000 U.S. adults. The numbers make sense. Increased visibility and cultural acceptance have made it easier for LGBTQ+ people to come out, especially among younger generations who are less burdened by the prejudices, violence, and repression of the past. In fact, 20.8 percent of Gen Z and 10.5 percent of millennials identify as something other than heterosexual.

With all the progress made in recent years, it can be easy to forget that historically, the workplace was an extremely hostile environment for out LGBTQ+ people. Until the Supreme Court ruled in 2020 that workers could not be fired for their sexual orientation or gender identity, there were no legal protections for LGBTQ+ workers in many states. Despite that landmark ruling, it remains risky for many to come out at work, and that’s just one of the many challenges LGBTQ+ workers continue to face.

As we celebrate Pride Month, we’re examining the challenges LGBTQ+ people face at work and highlighting some of the policies companies have put in place to create a more inclusive and welcoming environment for all employees.

What challenges do LGBTQ+ employees experience at work?

Employment discrimination for LGBTQ+ Americans continues to be “persistent and widespread,” according to a 2021 survey of 935 LGBTQ+ adults conducted by the Williams Institute at the UCLA School of Law. Nearly half—45.5 percent—of respondents reported unfair treatment at work, including being fired, not hired, or harassed because of their sexual orientation or gender identity at some point during their career, and 31.1 percent said these experiences occurred within the past five years.

A 2020 report from McKinsey further highlights how wide-ranging these experiences are for LGBTQ+ workers depending on their orientation, race, and gender. They found that 62 percent of bisexual women and 53 percent of lesbian women experienced sexual harassment versus 41 percent of straight women. And 30 percent of LGBTQ+ men reported experiencing sexual harassment versus 18 percent of straight men. The report also showed that LGBTQ+ women were twice as likely than both straight women and LGBTQ+ men to feel pressure to “play along” with sexual discussions and humor.

These experiences exacerbate persistent feelings of isolation and loneliness, with 58 percent of LGBTQ+ women saying they felt like they were almost always “the only one like them” in the room, according to McKinsey. For LGBTQ+ women of color, this number rose to 66 percent.

It’s difficult to pinpoint what motivates discrimination and harassment: 57 percent of Williams Institute respondents who reported discrimination said that their harassers said or did something to indicate that their behavior was motivated by religious beliefs. Often, harassers are single individuals rather than a group of people targeting an LGBTQ+ colleague. (A 2017 study by CareerBuilder found similarly high rates of harassment.)

With all that in mind, it’s unsurprising that 26 percent of respondents in the Williams Institute survey were not out to their coworkers, and 50 percent weren’t out to their supervisors. There is also a gender gap at play here: 80 percent of LGBTQ+ men reported being out to their colleagues, versus 58 percent of LGBTQ+ women. In several reports, gay white men reported having an easier time integrating into the office, perhaps because they typically share the most superficial characteristics with the heterosexual men that the workplace was originally designed for.

For people who don’t identify with the gender assigned to them before they even spoke their first words, the world can often feel like it wasn’t designed for them. Things that people don’t think twice about, like which bathroom to use, can be a source of immense anxiety. On top of that, the trans community faces considerable stigma that leaves them vulnerable to levels of discrimination and violence far higher than the average person.

Transgender Americans are far more likely to struggle early in life, which makes obtaining education, housing, and healthcare significantly more challenging. These struggles impact their career prospects. According to a 2021 survey by McKinsey of more than 1,000 trans adults, only 29 percent agreed that it was easy to understand how to navigate company culture and career growth compared to 44 percent of cis respondents. More than half said that they weren’t comfortable being out at work, and two thirds remain closeted.

A majority—59 percent—said they avoided certain industries out of fear for their safety.

And once transgender people did land in a given industry, more than half said they avoided speaking in meetings, while more than 40 percent said they don’t talk to colleagues altogether. These fears come from very real experiences. The Williams Institute found that 43.8 percent of transgender respondents suffered verbal harassment at work, compared to 29.3 percent of cisgendered LGBTQ+ respondents.

These disturbing numbers highlight both the immense struggles trans people face at work and the value from this community that we all miss out on. McKinsey found that greater trans inclusion in the workforce and equitable pay could raise consumer spending by $12 billion each year.

Wages are one clear way to measure the impact these challenges have on the LGBTQ+ community. In 2021, LGBTQ+ employees earned 90 cents to every dollar a typical worker earns, according to a survey of 7,000 full-time LGBTQ+ employees conducted by the Human Rights Campaign Foundation. When broken down further, the wide range of experiences within the community come into sharper relief.

What can companies do to help?

With the many challenges facing LGBTQ+ employees in the workplace, several of the largest companies have invested in policies and initiatives to create a more inclusive workplace. According to the Human Rights Campaign’s 2022 Equality Index, 93 percent of Fortune 500 companies have included sexual orientation language in their nondiscrimination policies, and 91 percent have included gender identity language.

These policies put these protections into writing—but given the persistently high levels of discrimination and harassment, it’s clear that more can be done to support LGBTQ+ employees. Here are some ways companies are attempting to do that:

Employee resource groups (ERGs) can provide support, career and personal development resources, and networking opportunities for employees with shared characteristics or lifestyle experiences. An ERG can help LGBTQ+ employees feel less alone at work and can give them vital resources to help deal with the challenges they face both at home and at work. HP was one of the first companies in the U.S. to establish an ERG dedicated to LGBTQ+ employees, in the early 1990s. Since then, HP has been recognized as a “Best Place to Work for LGBTQ+ Equality” by the Human Rights Campaign for nearly two decades.

According to HRC, 66 percent of Fortune 500 companies have transgender-inclusive benefits, and 56 percent offer domestic partner benefits. Tailoring benefit packages to be more inclusive not only offers tangible health and wellness support for LGBTQ+ employees, it also signals that they belong.

Apple has long offered equal benefits for same-sex partners and transgender health benefits, earning the company a top position on HRC’s Equality Index since 2002. The tech giant regularly takes a public stance against anti-LGBTQ+ legislation and funds many LGBTQ+ advocacy groups. And in 2014, Apple’s CEO Tim Cook became the first CEO of a major company to come out as gay. 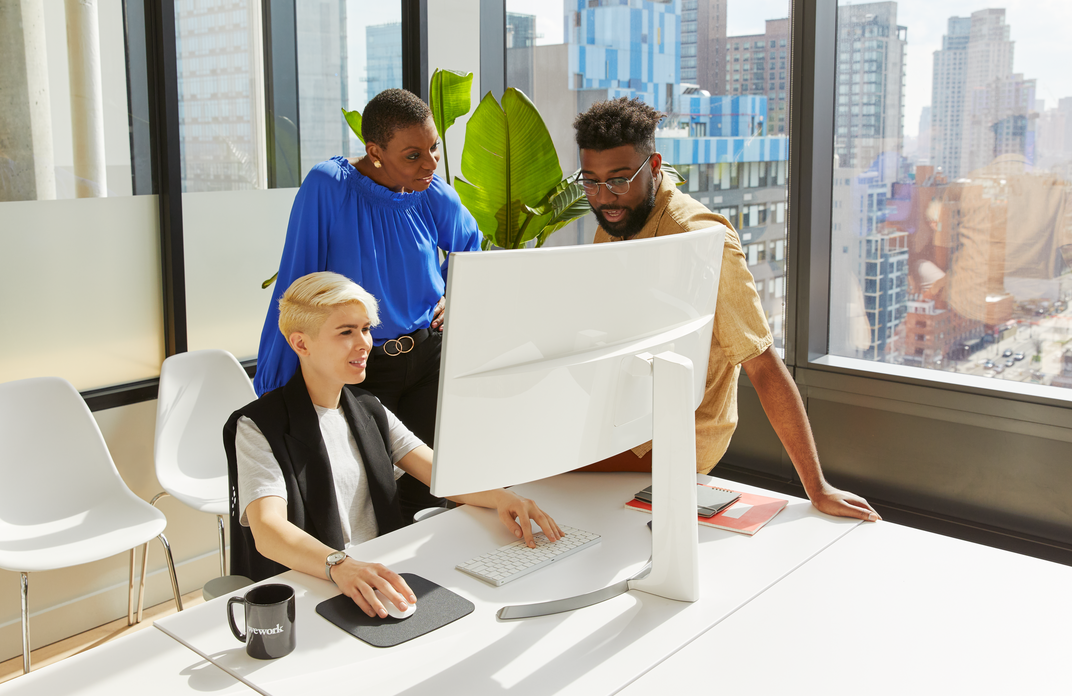 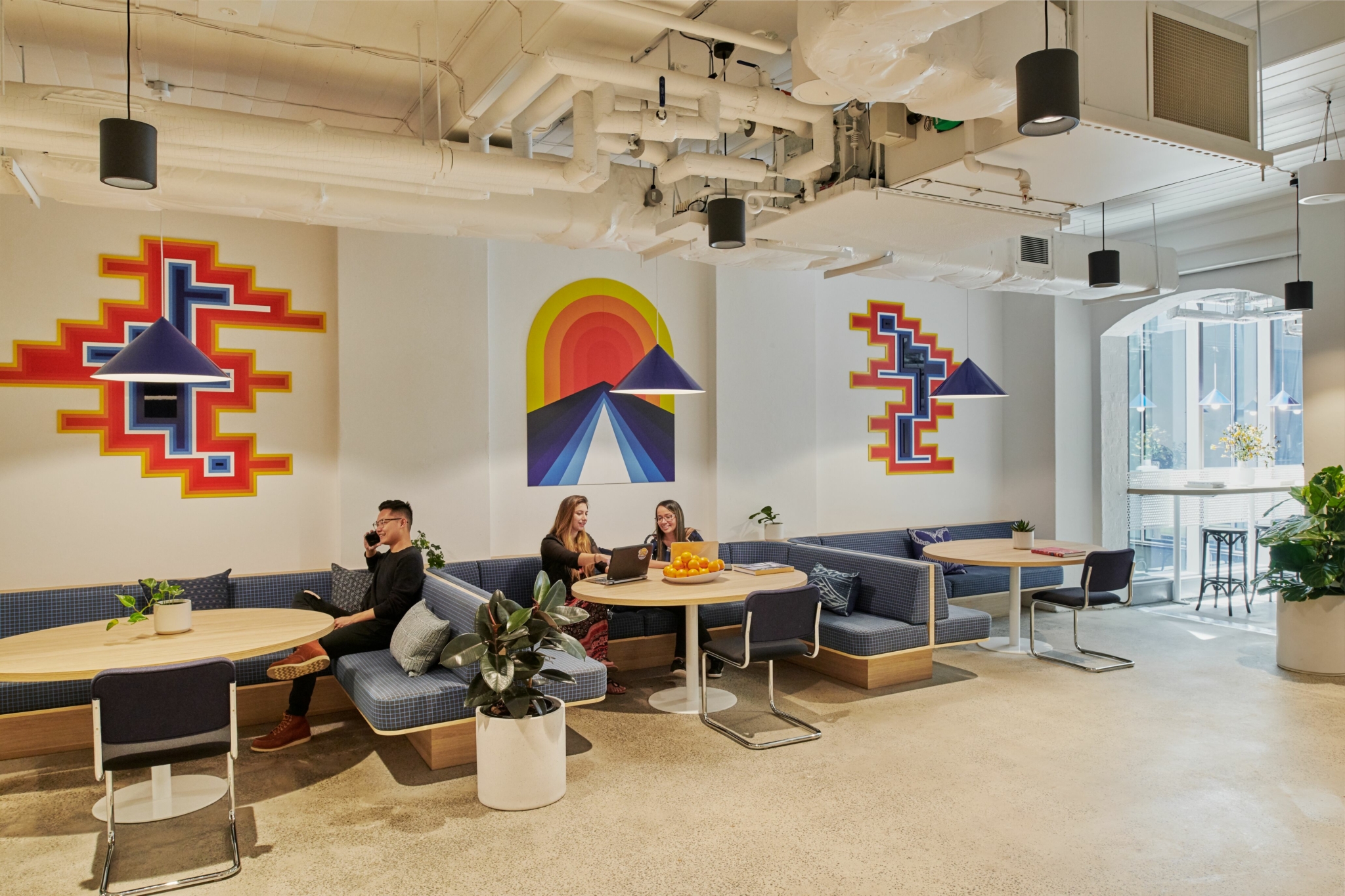 Using pronouns at work can be a way to make people, particularly transgender employees feel more comfortable and included. And if you make a mistake, thanking someone for correcting you instead of saying sorry can help make the situation less awkward for them.

In an initiative spearheaded by their LGBTQ+-affiliated ERG, Columbia Sportswear recently offered its 2,500 U.S. retail associates the option to add pronouns to their badges. Critically, this policy was not a requirement, but 240 employees chose to participate and express themselves.

The recent progress made for the LGBTQ+ community at work is promising. Only a few years ago, LGBTQ+ employees were often fired when their identity was discovered. They were forced to live a lie and hide who they loved. We’ve come a long way since then, but that fear still remains for some—especially for LGBTQ+ women and people of color and transgender people. Fortunately, more companies are realizing the incredible contributions the LGBTQ+ community is capable of, and they’ve shown that they are willing to take steps to create a more inclusive and diverse workplace for everyone.