Make your return to the office easier—get 25% off a WeWork All Access membership for the first 3 months. Terms apply. Learn More
EXPERT INSIGHTS
Leah Frackelton-Cooper
Creative manager at WeWork
October 13, 2020

For Londoners, the commute may have changed for good

From new bike lanes to decentralized offices, the infrastructure has been set for new ways of commuting

As businesses worldwide are working to facilitate their employees’ safe return to the office, UK Prime Minister Boris Johnson announced that he is once again asking office employees to work from home if possible. Over the past few months, Transport for London (TfL) has been preparing the city with health and safety measures for its transport network as well as updating London’s roads to allow more bikes and pedestrians while maintaining social distance. When the city’s workers return en masse, this infrastructure will help protect employees during their commute.

To ensure a safe return to work when the time is right, TfL, the government body that controls London’s transportation network—which includes the main arterial roads into London, buses, and trains—is welcoming people back onto public transport. TfL’s services have been back to pre-pandemic levels for some time and are cleaner than they have ever been, ensuring Londoners can return to a safe, reliable, and well-managed public transport network. It has advised commuters to wear masks, socially distance, and travel off-peak where possible to enable social distancing. The public transport network has also gotten creative with alternate options for commuters.

“We know that it might take a while for all of our customers to be able to come back [safely to the public transport network], so we have to have really good alternatives in place for people to use,” says Alexandra Goodship, strategy and planning manager for TfL.

Creating new ways to get from one point to another

TfL has implemented Streetspace for London, which aims to make it safer to walk or cycle as your preferred mode of transport. It includes widening sidewalks to allow for walkers to better maintain social distancing, and implementing “low-traffic neighborhoods” across residential areas of London, to reduce congestion. The program had been in the works long before the current crisis and recently has been ramped up.

“The initiatives that we’re taking forward under the Streetspace plan are quite broad,” says Goodship. And, she says, while some initiatives are planned as being temporary right now, more may be made permanent.

The Streetspace plan is encouraging people to get on their bikes instead of jumping behind the wheel. New cycling lanes and routes are being introduced at record speed to make it easier for cyclists to get around.

There’s another reason to ramp up bike routes: It will reduce auto pollution. “With COVID-19, there’s a real danger that as the city opens up and people start to return to work and move around the city again, they will use their cars,” says Goodship. More than two million Londoners currently live in areas with dangerously high levels of pollution. Those levels will climb if people choose driving over public transportation, cycling, or walking.

Expanding the Santander Cycles network, which celebrates its 10th anniversary this year, makes it even easier for Londoners to choose smarter alternatives. “Over the past few months, there’s been an increase in demand [for the bike-share service],” Goodship says.

TfL broke several of its own records over the past few months. More than 85,000 new members have signed up with the bike share company since March—a 200 percent increase compared to the same period last year—which led to 2.3 million cycle hires during the months of May and June. Seeing as many British retailers have completely sold out of bikes until 2021, it looks like the bike sharing trend will continue.

“We are responding by adding eight new docking stations to make sure that more people can use the bikes,” Goodship says. These will be based in residential areas around South London, connecting people to the City and East London.

Partnerships with businesses like WeWork help too. “The partnership with Santander Cycles makes it more cost efficient for members to choose to cycle, which is just one of the ways our business can assist companies with employee well-being,” says Mathieu Proust, general manager of the United Kingdom, Ireland, and Emerging Markets at WeWork.

Bringing the office closer to workers

As businesses look to spread their employees out among hubs across London by using a hub-and-spoke model like the one WeWork offers, employees can work closer to home and cut down on commutes while saving on real estate costs for their companies.

The idea of “city as a campus” helps businesses create a decentralized, agile, and resilient real estate portfolio across multiple WeWork locations—all under one membership, in one city. Companies can leverage the WeWork platform to establish a central headquarters, and complement it with satellite offices based on their workforce’s living radius and commute preferences. This model allows greater flexibility for both workers and companies, something studies have shown is highly desired.

Proust explains how it works: “This opens up London to your employees through 60 locations around the city. It allows businesses to give employees greater flexibility where they need it, and ensures that there is space for productivity and collaboration, which can really prosper in face-to-face environments.”

While some people have embraced working from home, numerous studies have shown that employees still miss office life. Video calls can’t replace an opportunity to collaborate in real life and connect with colleagues. The hub-and-spoke model gives people the best of both worlds.

With air pollution being high on the agenda for the city of London, and hub-and-spoke models being better for employee well-being and cost-saving to businesses, the daily commute for London’s workers could pan out very differently when the full transition back to the office occurs.

Leah Frackelton-Cooper is the creative manager for WeWork EMEA. She is responsible for developing and implementing tone of voice and visual languages across traditional and digital media platforms, internal and member communications, and product user-experience. She pursues the latest social and business developments across all sectors to ensure our languages and design remain relevant, recognized, and engaging.

FILED UNDER
EMEA REAL ESTATE STRATEGY HEALTH AND SAFETY
Interested in workspace? Get in touch. 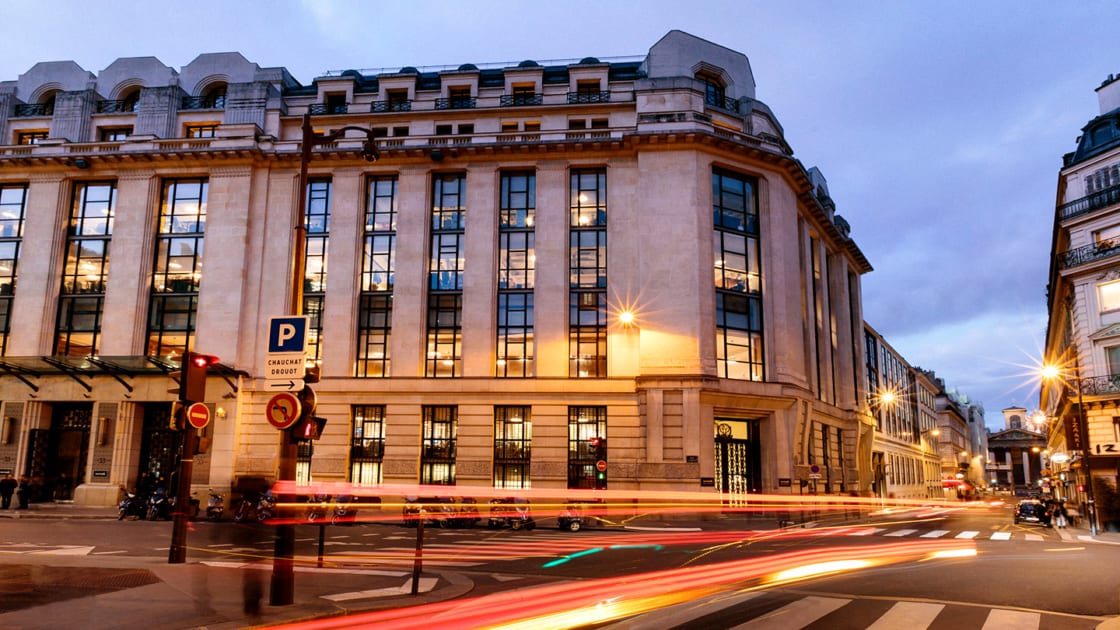