It takes most nonprofits dedicated to finding a cure for debilitating diseases—like cystic fibrosis or, in the case of the federal government, HIV/AIDS—decades to discover a breakthrough treatment or get a drug approved, often after raising billions of dollars.

The EB Research Partnership is on its way after only nine years.

Epidermolysis bullosa, or EB, is a potentially deadly genetic skin condition. Those afflicted are missing an essential protein that binds the skin’s layers—without it, the skin blisters and tears, leading to severe pain, permanent scarring, and disfigurement. Because there is no cure, doctors typically tell parents of children born with EB (1 in 200 American babies each year) to try to make life as normal as possible. That can mean spending hours every day wrapping sores with bandages to prevent infection.

EB Research Partnership’s progress—$25 million raised and 50 research projects funded, half of which are active—is the result of its innovative venture-philanthropy model that cofounder Alexander Silver says was “borne out of a mistake I swore we’d never make again.”

Soon after their son, Jackson, was born with a severe form of EB in 2007, Alexander and his wife, Jamie, created the Jackson Gabriel Silver Foundation to fund research to help find a cure for the disease. It didn’t take long for the family to realize they had made a mistake adopting a traditional nonprofit model—relying on grants to fund research—after the foundation’s first project ended up in limbo due to organizational disarray.

“We lost five years,” Silver, 41, says. “And in the context of somebody who lives with severe EB, whose life expectancy may be 25, 30 years, it’s unconscionable.”

In 2014, the Jackson Gabriel Silver Foundation teamed up with Heal EB, a nonprofit founded by the parents of another young EB-afflicted boy who were also trying to find a cure. With the help of supporters like Pearl Jam singer Eddie Vedder and his wife, Jill (who was the childhood neighbor of the boy’s father), the EB Research Partnership was founded.

Here’s how it works: When the nonprofit awards a grant to a project, it retains intellectual-property rights. When a public company uses that IP to develop a treatment, EBRP receives stock in the company. If the stock grows beyond the original investment, the revenue funds more research to accelerate cures for EB.

“The early investors at Google didn’t just simply hand off their economics to the next party,” says Silver, a partner at New York investment firm P2 Capital Partners. “For some reason, it’s the belief that the nonprofit sector should, and we just don’t fundamentally accept that.”

Additionally, all EBRP agreements include a license that enables the organization to move the IP to another commercial party if the current one fails to move forward.

“We’re very cognizant that the therapy goes first, with or without the partner company,” says Silver.

EBRP could have selected another investment model, like impact investing, but “we don’t want to ever be in a position where we have to turn something down that could cure the disease because of an investor return,” says executive director Michael P. Hund.

The organization’s use of venture philanthropy to save children’s lives is gaining attention: In November 2018, EBRP was awarded a partnership with the Harvard Business School Club of New York, a fellow WeWork member based at WeWork 1460 Broadway. Its team of volunteers conducts a deep dive into the organization’s strategic plan.

Lisa Goldman Forgang, co-chair of social-enterprise programs and community partners at HBSCNY, says the organization was impressed with EBRP’s innovative business model and its ability to leverage their grants as investments. “We’re just hoping to be able to help them get out their success and stories even more and identify new potential donors that would really be supportive to this mission and this model,” she says.

The more success the nonprofit sees—it enjoyed a $6 million return on a $500,000 investment in a gene therapy made three years ago—the more hopeful those affected by EB are of finding a cure. And as EBRP’s venture-philanthropy model proves viable, it can be applied to other incurable rare diseases.

FILED UNDER
FUNDING INNOVATION
Interested in workspace? Get in touch.
TRENDING NOW
01 Six countries where it’s easy to snag a work visa 02 Six financial reasons why businesses choose WeWork 03 Thank-you office breakfast ideas for your employees 04 How to describe your company culture 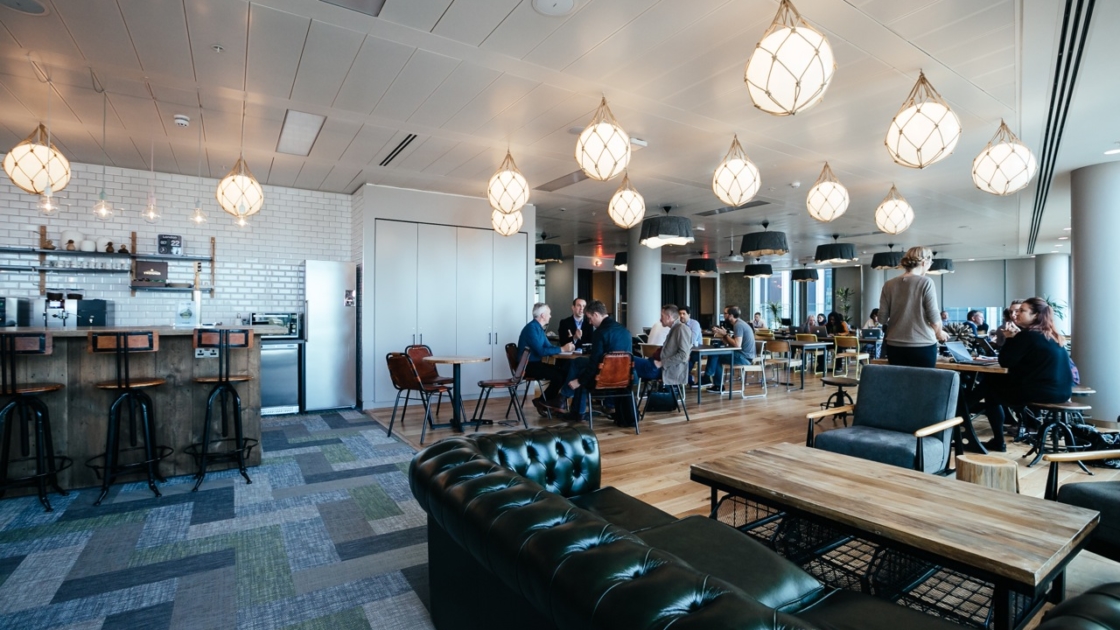 The one thing all innovative companies have in common

The rants against the latest technologies and companies are old-hat at this point: that they isolate, they separate neighbor from neighbor, that they’ll all leave us all in Black Mirror–like stupors while taking profits off ads. And for some Silicon Valley companies, this doesn’t actually seem like such a bad end result. Better living through […] 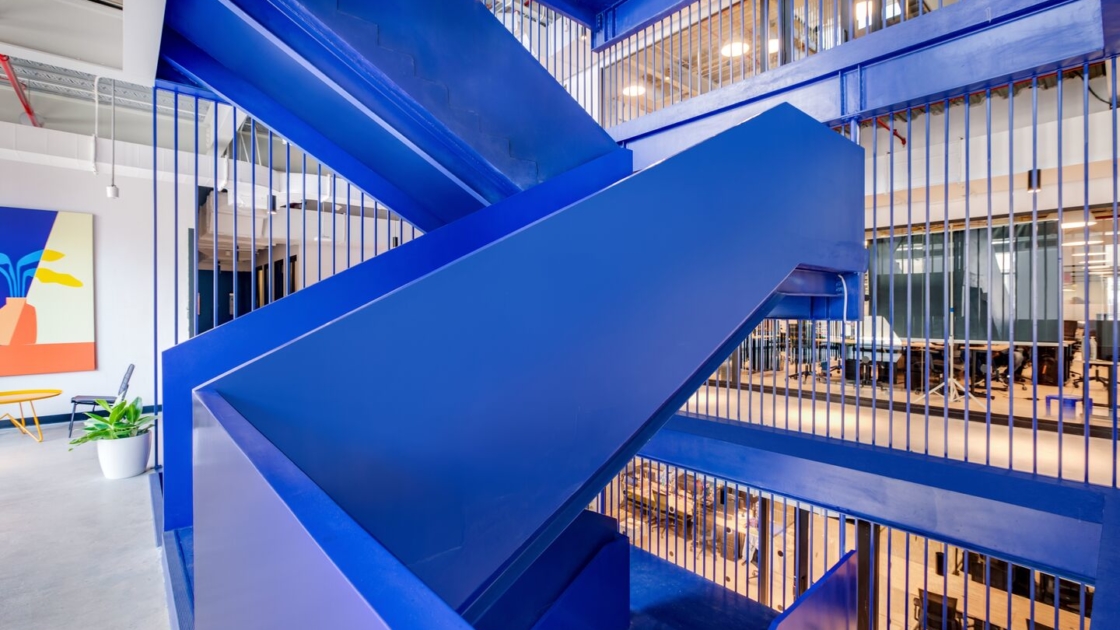 The real science behind innovative offices 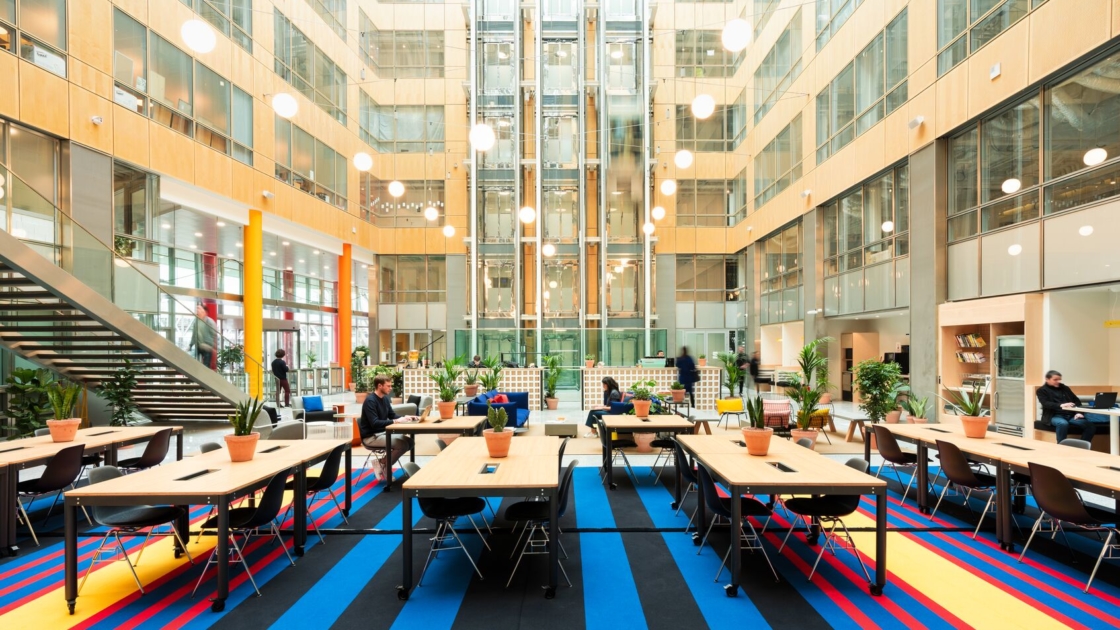