COVID-19 Response: resources and building updates
Pick up where you left off

Whether you're an established enterprise or a scaling startup, find a coworking space that's right for you.

View all buildings in Camden

Dedicated meeting spaces include A/V equipment and unexpected details such as customised wallpaper and marble tables.

Our team are here for you throughout the working week, from front-desk service to personalised support.

Refreshing fruit water to keep you and your guests hydrated throughout the day.

The heart and soul of our locations, these lounges are living room-style spaces designed for creativity, comfort and productivity.

Stay caffeinated throughout the day with an infinite stream of freshly roasted coffee.

Every floor has its own space stocked with a business-class printer, office supplies and a paper shredder.

From workshops to thought-leader panels and cheese tastings, our programming helps you nurture a strong team culture. 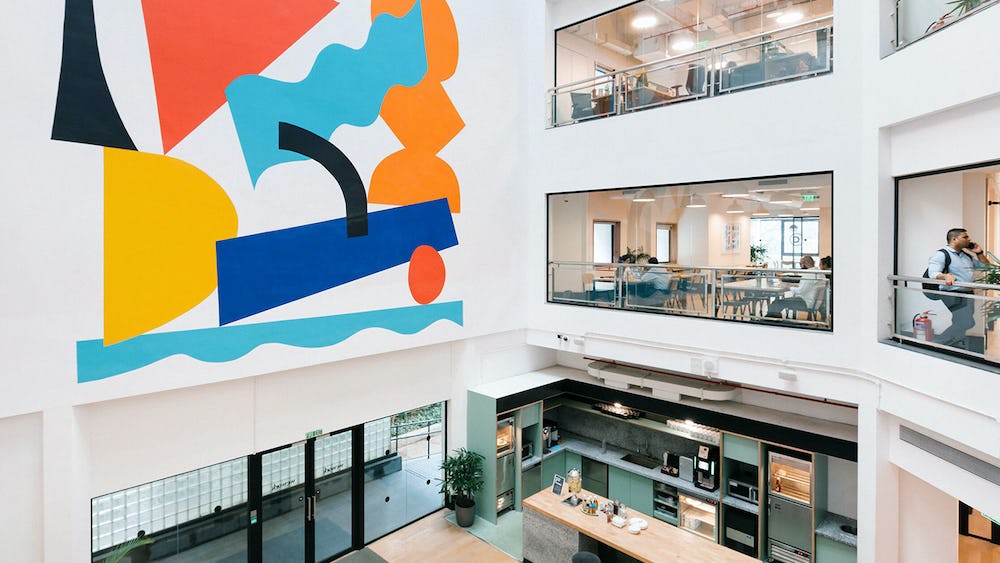 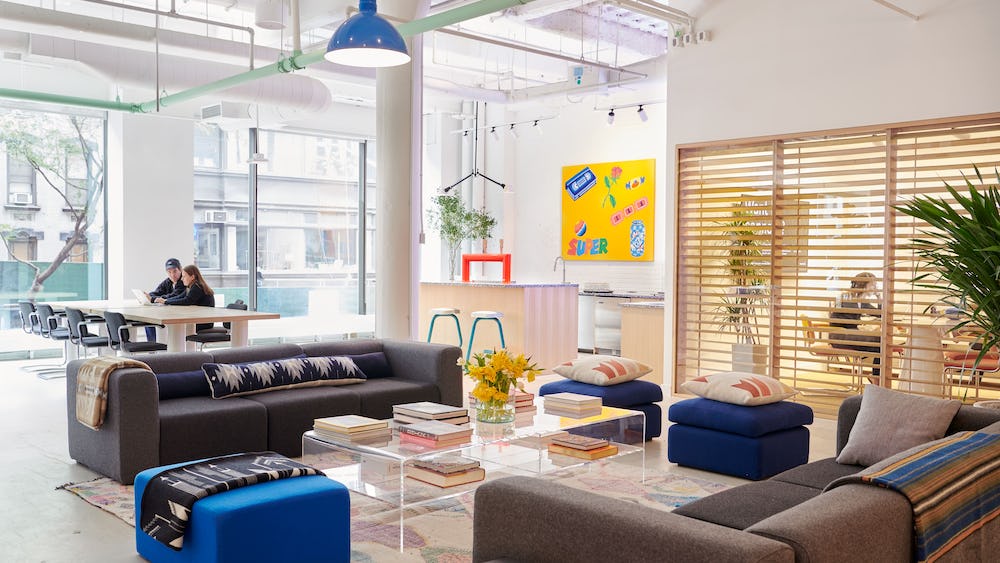 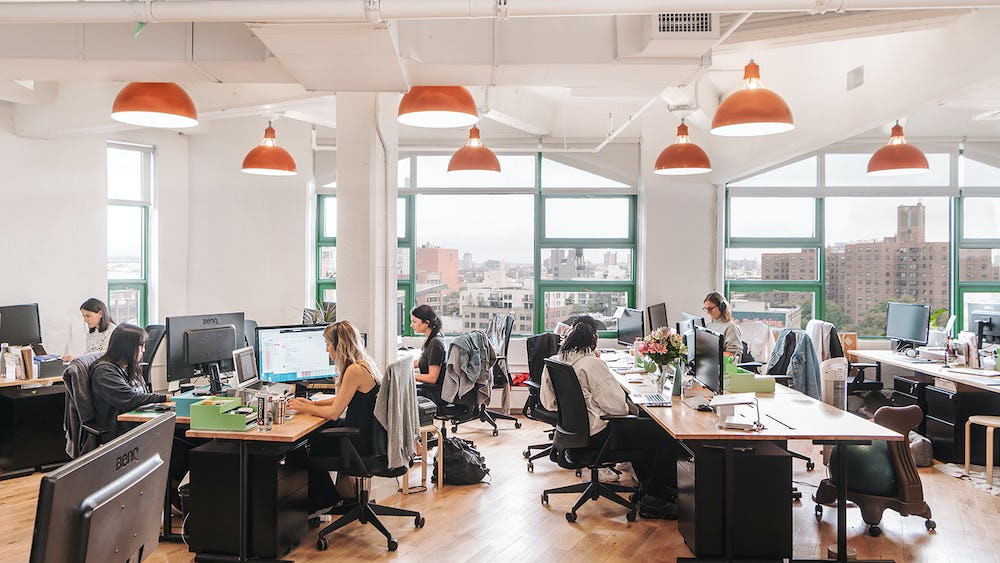 Brooklinen grew from 2 to 32 employees at WeWork
WeWork offered the luxury bedding company flexibility to scale up, on demand, as business took off
See all case studies

Complete the form below and a member of our team will get in contact to learn more about your workplace needs.

WeWork coworking spaces create a community of people who work to make a life, not just a living. They’re beautifully designed, stocked with premium amenities, and filled with an invigorating energy. Find a desk in a prime location, and take your work and business to another level. Our coworking space products:

Why choose WeWork in Camden

Home to writers such as Virginia Woolf and musicians like Amy Winehouse, Camden is a byword for creativity. After going through a struggling period after the war when King’s Cross became known as one of London’s red light districts, the area has undergone regeneration with the restoration of St Pancras railway station providing a high-speed link to Paris. New companies are drawn to the area by the mix of modern redevelopment and the eclectic edge epitomised by the alternative shops found at Camden Market and the live music scene. Camden stretches from the very centre of London at Tottenham Court Road to its leafy residential north at Hampstead Heath and has the second highest number of businesses of any London borough. Camden Market is a must-stop destination for visitors to London, with its alternative fashion, art and music, but the borough also encompasses law courts at Grey’s Inn Road, Great Ormond Street Hospital, University College London, and the British Museum. Bloomsbury has long been synonymous with publishing, while the regeneration of King’s Cross and St Pancras has created a new hub of bars, restaurants and theatres around Granary Square. It’s one of the youngest areas of the city with two-thirds of its residents aged under 45. WeWork Camden builds on this creative model with custom artwork and unique buildings, offering flexible working plans to suit your team of 1-100+. Easily accessible, with seven of London’s 11 tube lines crossing the borough, WeWork workspaces in Camden are spacious but welcoming, with networking events designed to help you become part of our community. Schedule a visit today.

By continuing your journey on our site, you consent to the placement of cookies. To learn more about how we use cookies or how you can disable them, please see our Cookie Policy Any information you submit to us through this website will be processed in Russia to the extent required by law and in accordance with the Privacy Policy