With WeWork Veterans in Residence, veterans find their tribe

When WeWork cofounder Adam Neumann finished his five years in the Israeli Navy, he remembers being full of confidence. “I felt that there weren’t a lot of things I couldn’t do,” he says.

But Neumann discovered that the transition back to civilian life isn’t easy. Even if you know exactly where you want to go, he says, it’s up to you to find the way. The tight-knit community from the military just isn’t there any longer.

Today in the U.S., there is a whole community of veterans who are ready to create their life’s work, but just need a little help getting started. They are eager to take the superpowers they learned from their service and apply them to helping others, starting a business, and building a community.

Bringing these people together is the idea behind the WeWork Veterans in Residence program. WeWork incubated this program in Denver and is now scaling it alongside Bunker Labs—a not-for-profit organization that helps military veterans and their families start and grow their businesses. Today WeWork is proud to announce that Veterans in Residence will become a national program. In addition to Denver, veterans can now apply in Austin, San Francisco, New York City, Seattle, Chicago, Philadelphia, Detroit, Los Angeles, and Washington, D.C.

In addition to the significant multiplier effect we expect this program to have, WeWork is also supporting military veterans by pledging to hire 1,500 veterans over the next five years.

Through the Veterans In Residence program, WeWork is building specially designed Residence quarters complete with dedicated lounges and meeting rooms, providing veterans with workspaces and access to the facilities and services we offer our members. Every six months, a new cohort of 10 veterans will move into these spaces. Over the course of the next five years, the program will welcome 1,000 veterans into the program. They’ll join with other WeWork members, both in their own city and around the world, becoming part of a global community that’s more than 150,000 members strong.

With their Bunker Labs leads, each local “tribe” will meet weekly as a team, work together on planning and executing business plans, and support each other’s day-to-day growth. They’ll also have the opportunity to attend citywide social and networking events that will bring them together with other veterans who have started their own companies and leaders in the local business community.

The impact of the pilot program in Denver has been amazing. Just ask Trevor Shirk, who became a Veteran in Residence in June 2017. He was eager to find his own way after eight years in the Army. He says that his digital marketing company Strattex Solutions has more than doubled in size since joining the program. And even more, he’s found a team, a community, a “brotherhood and sisterhood” of people dedicated to caring for and supporting each other.

Todd Connor, founder of the Creator Award-winning Bunker Labs, has been working with veterans for years. He says that 250,000 active duty service members are discharged every year. About a quarter of them say they want to own their own business, but need a little help getting started.

Veterans can apply now and everyone can help by hosting an event, offering veterans jobs, and/or sharing their own superpowers at a lunch-and-learn event, panel discussion, or workshop. Go to we.co/veterans to apply or to get involved. 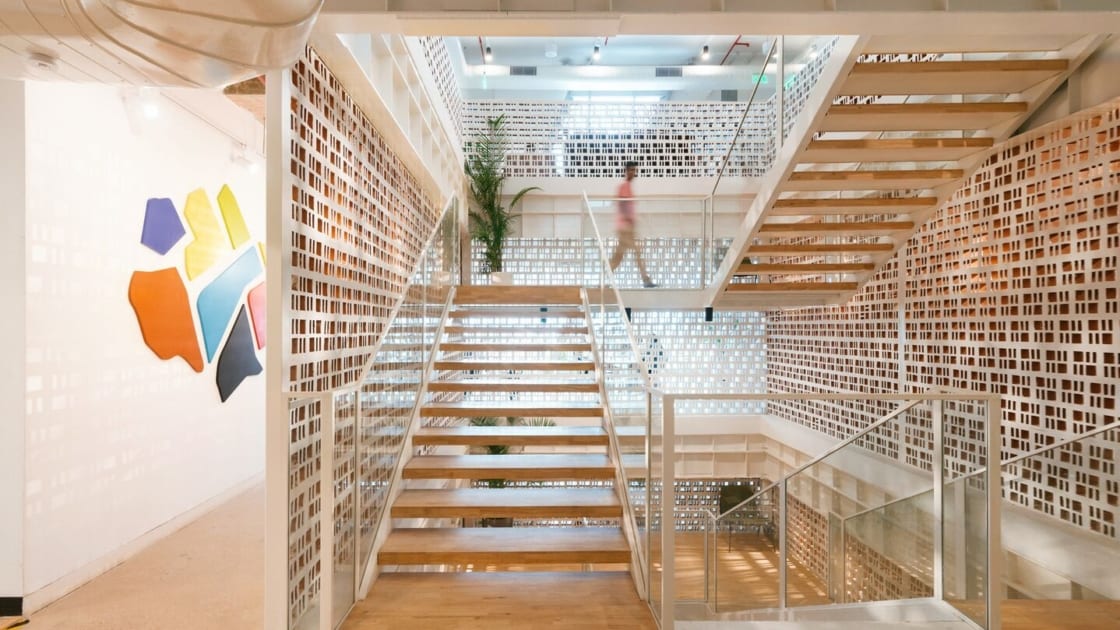