WeWork, Aspen Institute team up on massive survey of businesses

Beginning today, WeWork is surveying its more than 150,000 members around the world on a wide range of topics, from the benefits they provide to the ways they help their employees sharpen their skills.

One of the largest surveys ever conducted of creators, entrepreneurs, and business leaders, it’s a joint project of WeWork and the Aspen Institute. Founded in 1949, the Aspen Institute is a “nonpartisan forum for values-based leadership and the exchange of ideas.”

“By connecting people through space, design, technology, and most importantly, our community, we humanize the way people work and live,” said WeWork CEO Adam Neumann. “We are excited to team up with the Aspen Institute to launch innovative research aimed at providing insights to mayors, cities, and people about the future of work and cities.”

The global survey will go out to WeWork members in more than 50 cities. In addition, the two companies are teaming up on other projects, including economic impact studies in New York, Los Angeles, and Chicago and spot surveys on issues from portable benefits to what skills will be in demand in the future.

To start the conversation, WeWork and the Aspen Institute are launching a national series of town halls. The town hall series will convene business leaders, policymakers, and innovators in cities across the U.S. to discuss the changing nature of work in the 21st century, identifying local and national solutions and opportunities.

Al Fitzpayne, the Aspen Institute’s executive director of the Future of Work Initiative, said the partnership will help them better understand how the workforce is changing.

“WeWork has tens of thousands of people coming through its doors who are self employed, new entrepreneurs, or people who are trying to take their small business and make it grow,” said Fitzpayne. “We’ll be able to learn so much from these innovative, creative people.”

These won’t be the first events WeWork has hosted focusing on the Future of Work. Earlier this month, New York’s WeWork Bryant Park hosted British Prime Minister Theresa May who spoke to business leaders from the U.K. and the U.S. about better ways to collaborate. Before that, Mexico City’s WeWork Varsovia was where former New York City mayor Michael Bloomberg and 25 mayors from across Latin America gathered for the 2017 Mayor’s Challenge.

And last month, WeWork teamed up with The Atlantic to host the Future of Work Forum at Washington, D.C.’s WeWork Wonder Bread Factory. About 200 people showed up to hear the latest from prominent journalists, politicians, and business leaders.

The topics covered by the global survey of WeWork members will range from the length of their daily commutes to what benefits and skills training employers are providing, to what their outlooks for growth and job hires are over the next 12 months.

The information will be important to WeWork and the Aspen Institute, but it is also incredibly useful to cities and mayors. WeWork plans to share relevant data with mayors in each city—valuable data about the city workforce, how it’s changing and how to use these insights to lower the barriers to entrepreneurship, fuel job creation, and create economic opportunity. WeWork will announce the results of the surveys beginning in early 2018. 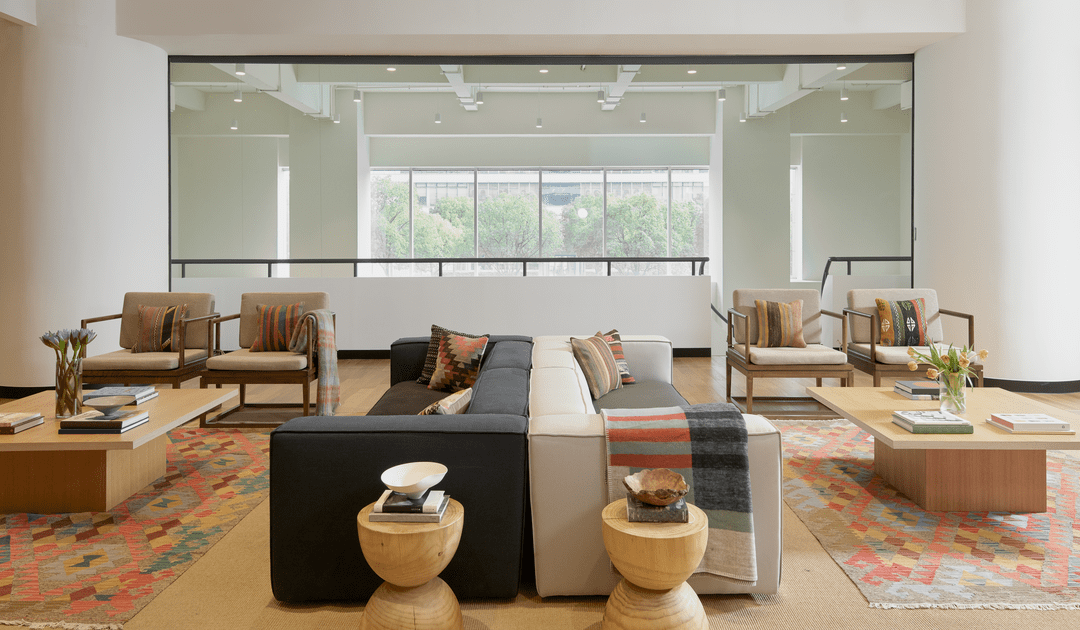 WeWork On Demand Expands to 15 New NYC Locations, including Locations in Queens
Sep 23