How wallpaper can enliven a space

In WeWork locations around the world, wallpaper turns mundane moments into something worth thinking about

Mumbai, an industrious metropolis marked by towering skyscrapers, serves as the headquarters to a number of financial institutions in India. You might picture any generic financial district scene—businesspeople shuffling on crowded streets while they fiddle with their devices—but what you’re probably failing to imagine are the leopards. Indeed: Several dozen leopards live in the city’s Sanjay Gandhi National Park, and leopards have been spotted more than once among residences and businesses inside the city center.

The leopard population is something that, for the most part, only locals know about. This is precisely why Neethi, former senior arts and graphic lead at WeWork, was the perfect person to outfit WeWork Raheja Platinum in Mumbai. Neethi, who’s originally from Delhi but has lived in Mumbai, created a leopard-printed wallpaper in the workspace’s game room. The design is definitely an aesthetic delight, but it’s also a great example of WeWork’s arts and graphic team’s mission to design artwork reflective of each workspace location’s local culture.

“We try to use wallpaper that tells local stories,” says Neethi. “It’s subtle—the wallpaper has a historical reference done in a contemporary way. It gives people a touch point and something to talk about.”

Most, if not all, of WeWork’s buildings are in some way influenced by their locations. “I rely heavily on the history of the space itself,” says Neethi, adding that this is the reason the arts and graphic team has a global reach.

“Having local team members is valuable because they have a knowledge that you can’t just Google,” says former global art director Jeremiah Britton. “You have to know the history of a building, and you can incorporate inside jokes or references only a local would understand.”

One can’t talk only about work in the workplace. Much of the wallpaper strewn throughout WeWork ends up as conversation pieces for employees and clients alike. A member might know about a local reference that a visitor may not, which serves as an opportunity to share something new. In this way, WeWork’s wallpaper has become a conversation piece in workspaces around the world. “When you know more context, it’s easy to be passionate and feel more involved,” says Neethi. “It makes members feel more special.”

Subtlety is key. “We make things that aren’t super-direct, so there’s room to get your own story in. Otherwise you’re preaching,” Neethi explains. Many of the designs are a little abstract to give people room to have their own take. Neethi has found that allowing for interpretation has payoff: She sees people making personal connections with her work all the time, and often members tag her in her illustrations on Instagram, adding their own reactions to her pieces. “As a designer, you live for these moments,” she said.

Some elements of design are implemented in spaces that make them almost feel secret. In mothers’ rooms, Britton says the team will often create “this wild art experience that is unique to just the moms who get to experience that room.”

Wallpaper can serve as a reference point

This wasn’t necessarily intentional at first, Neethi says, but art and wallpaper have become landmarks for WeWork members. “In India, the floor plans are nuts—they’re just so huge. We have massive buildings with massive floor plans, so wallpaper becomes a reference point.” It’s much more natural for members to identify a meeting spot by the color of the walls than, say, a conference room number. “Plus, it’s way more fun,” says Neethi.

“Using wallpaper as a medium allows us to do things unachievable with regular paint,” says Britton. The design gives members an experience that is visceral and painterly, a vibe not many office spaces present. 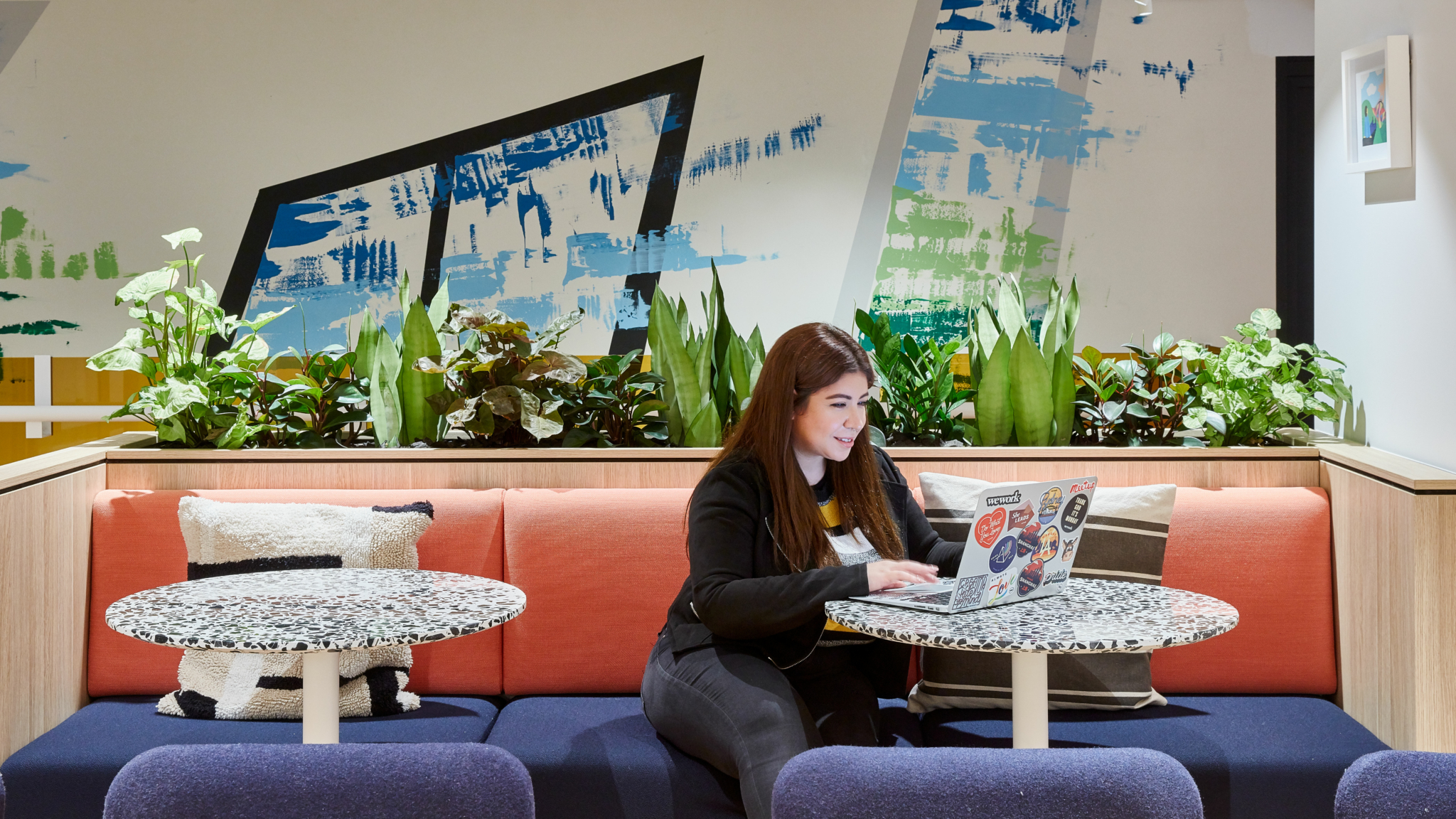 The growing popularity of freelance work
By Bradley Little 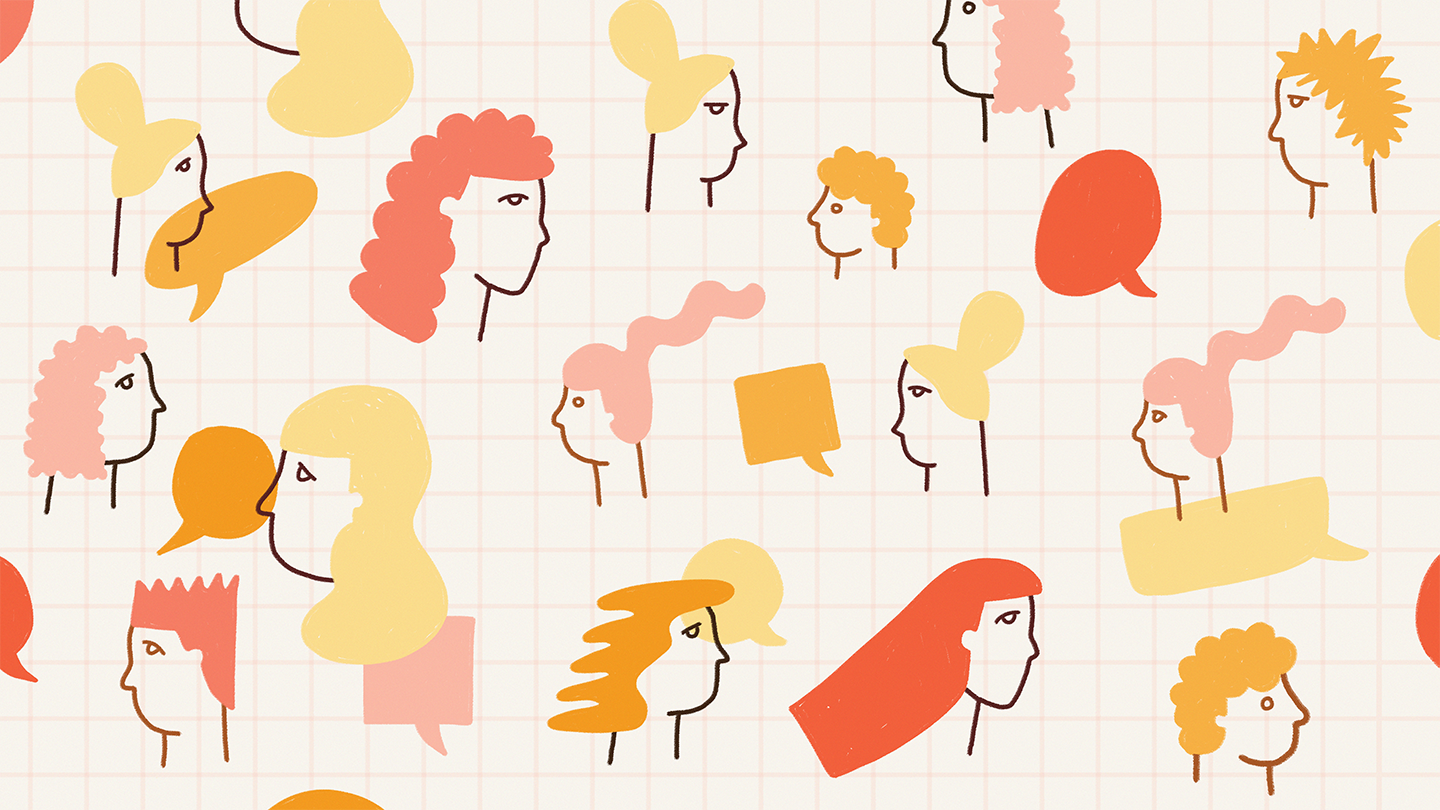 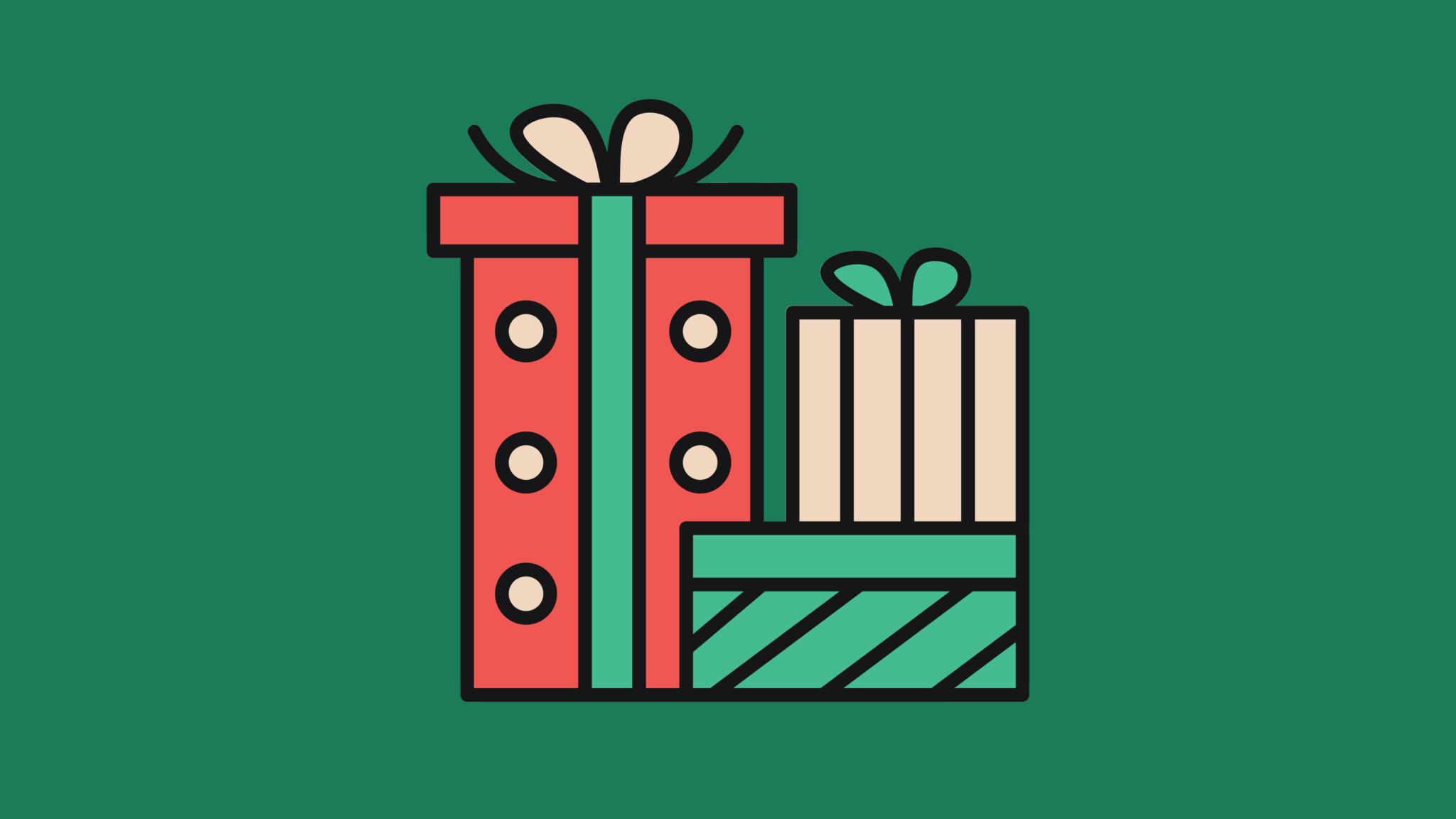 Wallpaper can spark conversation and thought in idle moments

If you visit a WeWork, you might not catch any wallpaper right off the bat. This is because WeWork’s designers strategically place the art to create immersive moments rather than distract you from your work. “We’re starting to use wallpaper to create breakout zones and discoverable moments,” says Neethi, adding that newer designs are less like traditional wallpaper with repeated patterns; instead they center around an instance. You might see a gradient design that resembles a sunset or a mountain landscape that elicits nature. These sights are fashioned to inspire; perhaps a burst of color is just what your brain needed to break out of a creative rut. Or maybe you find that a bright wall is reminiscent of a painting you have at home. Neethi says the wallpaper is meant to be consumed in “bits and pieces” to break up your day and make sure the eight-plus hours you spend in the office are stimulating.

One place employees can usually expect to see wallpaper is in the bathroom. “We consider bathrooms as wellness zones, so we can get a little experimental,” Neethi says. These spaces are ideal for creative bursts of color because in bathrooms you’re forced to break from your work. The hope is that your brain will relish the visual interruption.

The artists on the team have different approaches to wallpaper design, but there are a few themes that resonate with work around the world. “Tropicals instantly lift people’s moods—seeing pineapples, flamingos, and palms—it doesn’t matter what region you’re in, it’s very uplifting,” Neethi says.

You might also see wallpaper lining WeWork printer nooks. This kind of space can go overlooked in the corporate world, but, as Neethi puts it, it’s often where employees spend idle time as they’re waiting for a document to print or for copies to be made. Why not make this time a little more inspirational? “Dead space can be turned into a space everyone wants to go to,” Neethi says. The printer nook becomes a destination in a sense.

Being intentional about those little moments of surprise and delight is all part of the bigger WeWork picture. Offering a global workspace solution to businesses of all sizes, without losing design quality and those local touches that make WeWork unique, is an exciting challenge—one that requires a clear understanding of what employees need to do their best work.

Speaking of little moments, many wallpaper designs have secrets hidden inside: On first look, you might see only a pattern, but the second or third time perhaps you’ll spot an item waiting to be found. Every time you visit these spaces, you’ll find something new, says Neethi.

This article was originally published on August 16, 2019, and has been updated throughout by the editors.