Oat milk swells through the veins of the employees at WeWork’s New York headquarters. The nondairy milk alternative is the most popular pick to pair with coffee, according to Laura Araque, espresso bar barista at WeWork Chelsea HQ. Oat milk also happens to be one of the more sustainable milk options on the market: Oats require much less water to produce than, say, almonds, and not as much energy is needed to transport oat milk, since oats can be grown in many parts of the world. Oat milk’s popularity at WeWork is notable beyond affirming that people are into plant-based milks as of late; the preference shows that consumers will choose sustainable options when they’re available (and tasty).

When employers prioritize sustainability in their workspaces, everybody wins. The average person spends a third of their life at work, during which they are sure to consume, create waste, and everything in between. Businesses have an opportunity to make a positive impact on the planet by providing eco-friendly options. Here are four simple ways your company can introduce sustainable practices to the workplace.

WeWork’s espresso bar, which serves up about 1,500 drinks a day to caffeine-fiend WeWork employees Monday through Friday, began offering oat milk as a nondairy alternative a few years ago. Along with oat, the station serves plant-based options such as macadamia, coconut, and soy milk.

Why is offering dairy-free milk such a powerful move? Oat milk produces 80 percent fewer greenhouse-gas emissions than the equivalent volume of cow’s milk, says Mike Messersmith, general manager of Oatly, an oat-milk brand with space in WeWork 67 Irving Place. “There’s such a dramatic difference between cow’s milk and any plant-based milk,” he says. And while he’s an oat-milk enthusiast first and foremost, Messersmith stresses the importance of food-industry options that are gentler on the planet. “Fundamentally, we need to make it easier as an industry and as a food system for people to choose plant-based options and not feel like it’s a compromise,” he says. WeWork employees’ preference for oat milk shows that this strategy has legs.

You might be surprised to learn that the espresso bar at WeWork HQ does not carry almond milk, a seemingly ubiquitous option at this point. “Sustainability is one of this company’s top missions,” says Tommy McLarney, espresso bar barista lead. McLarney pulled almond milk from the bar about six months ago. “Almond milk has a terrible environmental impact, and I think a lot of people would lessen—or even erase—the presence of it in their diet if they knew.” Six times more water is required to grow almonds than the amount needed to grow oats.

When pressed, McLarney will explain to coffee-bar patrons why it stopped offering the milk. “Almonds are almost exclusively grown in a state that’s in drought and always on fire,” he says. From his position behind the bar, McLarney has an opportunity to educate WeWork employees about their choices, and they can take this knowledge out into the world.

If your company provides employees with coffee, it might be time to introduce them to the wild world of milk alternatives.

In 2018, WeWork announced that it would not serve meat at company-sponsored events or meals.  Research suggests that cutting meat from our diets is one of the most significant actions an individual can take to reduce their personal impact on the environment. As a company, WeWork estimates that it can save 6.7 billion gallons of water, 445.1 million pounds of CO2 emissions and over 15 million animals by 2023 simply by eliminating meat at our events.

While this kind of policy may not work for every company,  there’s still an enormous opportunity to make an impact through the choices made about food. ezCater, a business catering platform with offices in WeWork 40 Water Street in Boston, lets users search with “vegetarian-friendly” and “vegan” filters, making it pretty simple to select pro-planet food options. “Sustainability has been a really hot topic with our users,” says Shannon Westbrook, an office coordinator for the company. “We have a bunch of clients who specifically request reusable or compostable materials,” Westbrook says. He anticipates more filters that take eco-friendliness into consideration to arrive on the platform soon.

How many items in your office are thrown out faster than they’re used? When plastic utensils, dishware, cups, straws, and coffee stirrers are disposed of, they often end up in landfills, where they can leech potentially toxic chemicals into groundwater. Or they find their way to the ocean, where they can, sometimes fatally, harm marine life and infiltrate our food sources. Reducing our reliance on single-use plastic can curtail pollution and cut back on the carbon emissions that come from their production. WeWork has eliminated single-use plastic materials from buildings globally: WeWork partners with suppliers that can deliver goods in more environmentally-conscious packaging and natural, compostable materials, and we’re constantly working to improve.

Replacing all single-use plastic items can seem daunting, so consider starting small. When The We Company tackled the plastics in its kitchens, “we really tried to prioritize not replacing single-use plastics with single-use other crap,” says Lindsay Baker, head of sustainability and wellbeing. Instead, WeWork replaced disposable cups with ceramic mugs and metal cups, swapped plastic for metal cutlery, and opted for refillable glass jars for condiments like honey.

Baker says it was important to prioritize reusable materials over “recyclable” ones because even items like compostable dishware aren’t guaranteed to be disposed of properly. “Many cities around the world don’t process compostable waste outside the landfill,” she explains.

Get creative everywhere else

There are all kinds of small changes your company can make to foster a more sustainable work environment—some may take a little creative thought. Would additional recycling bins around the office promote more recycling? If there’s a lot of coffee drinking at the office, is it possible to compost the grounds? If there are no composting services in your area, might there be an employee or two interested in using the coffee waste for their home garden?

Even swapping plastic coffee stirrers for wooden ones or a few reusable spoons can make a difference. You don’t need a ton of resources to start making a difference.

Interested in workspace? Get in touch.
TRENDING NOW
01 11 best coworking spaces in Dallas 02 A catering platform connects restaurants with those in need 03 What’s the right way to give feedback over video chat? 04 How China’s return to work informs new workspaces 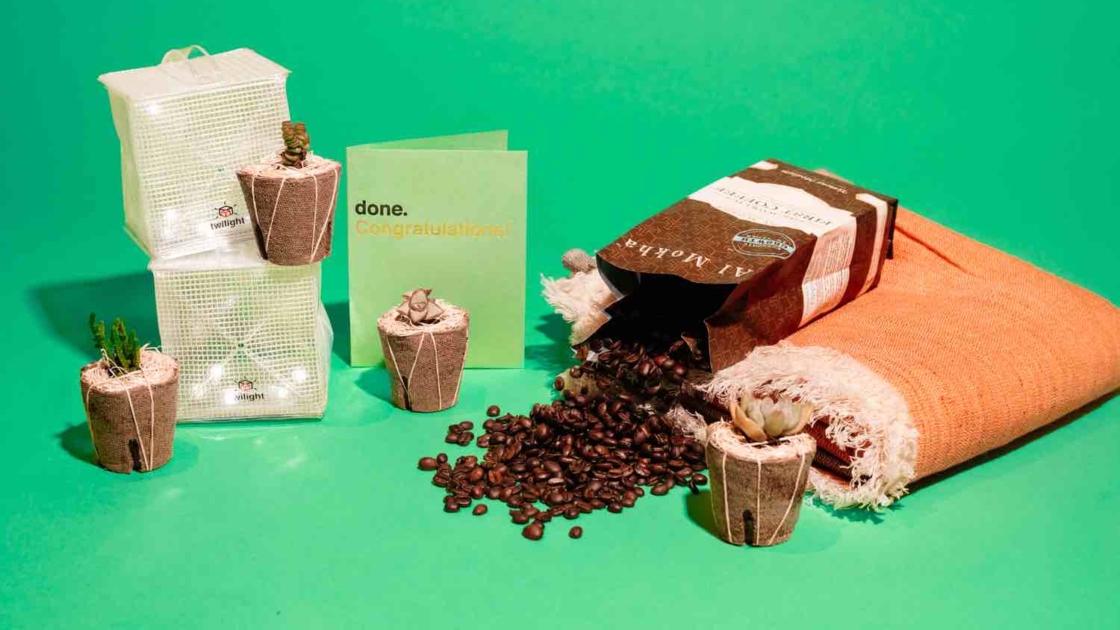 Each of these must-haves is a present for Mother Earth, too 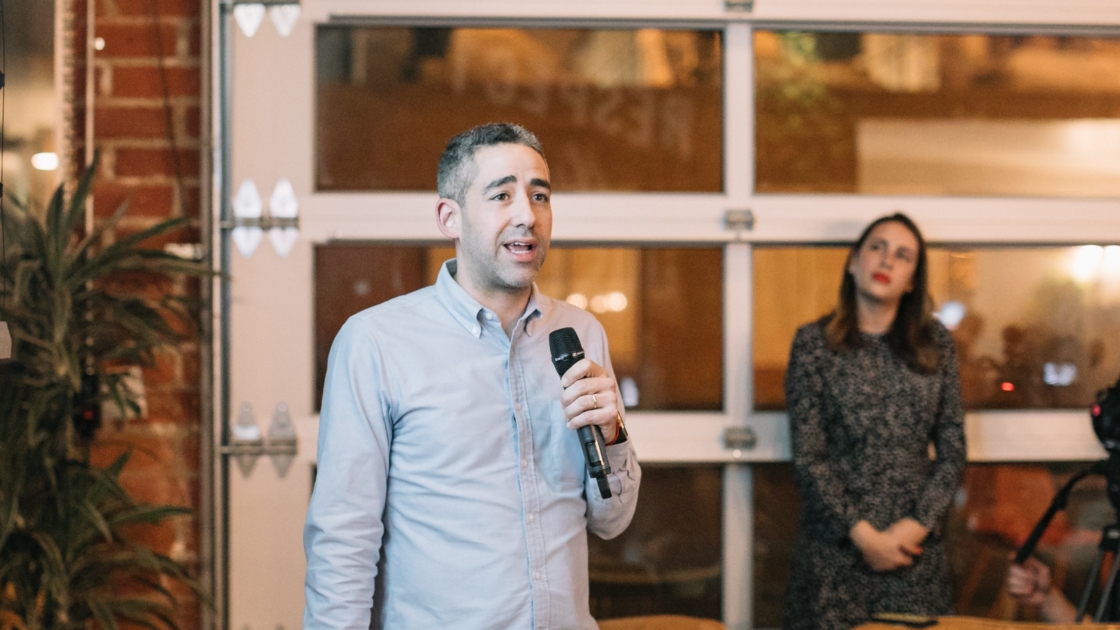 In the future, an eco-friendly rental car will be at your doorstep 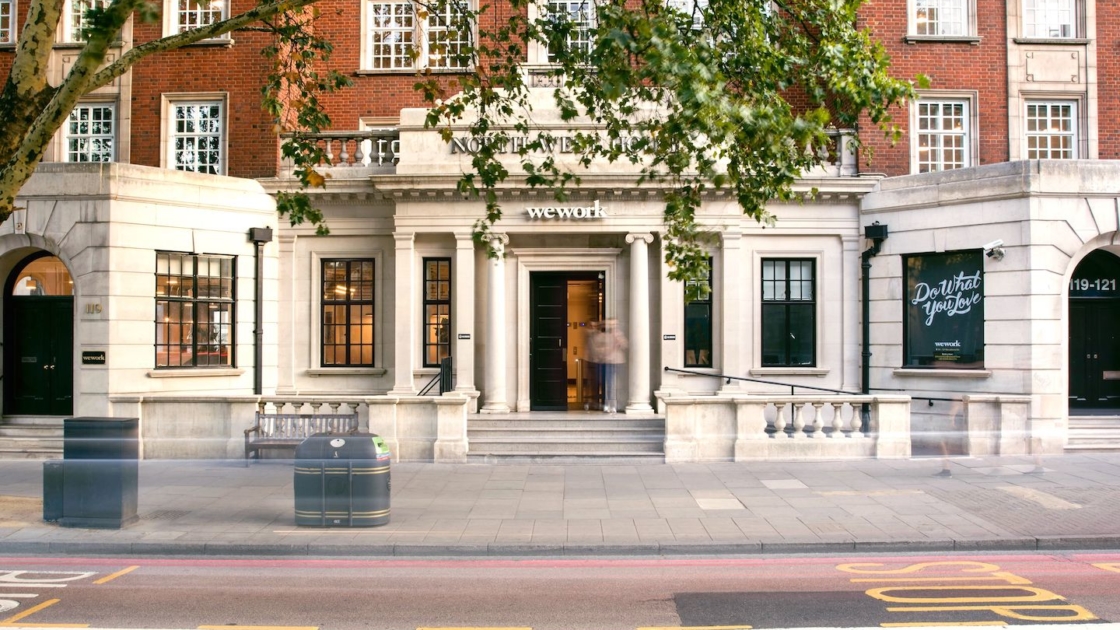 Nine things to consider when moving an office in the UK

Running a business is a full-time job, and so is running a move