Careers are not linear—and that’s OK

By trading an upward trajectory in one industry for a chance in another, I learned that taking a windy road is the best path to achieve my goals

What do you do when presented with diverging roads in your career? The first road is familiar, a traditional path to elevated titles and more responsibilities. The other road is windy and veers off into new, unforeseen directions.

In the beginning of my professional life, I thought careers were vertical ladders to be climbed. I had the tenacity to formulate one goal and worked my way up in the industry toward it. But life intervened: My partner got an opportunity in a different city, and so we decided to move. Our imminent move meant I had to leave my job as well. The choice I faced in choosing a new job challenged not only how I thought about my ambitions but also my entire philosophy about career trajectories.

Working toward one goal

Since graduating university, I had a singular ambition: to open my own hotel. I was so intrigued by the hospitality industry. I loved catering to customers and crafting experiences for them. I’ve never thought of a hotel simply as a bed for a traveling businessperson; rather, I’ve considered it a place of relaxation, pleasure, and even escape.

When I began my career, I started working my way up the ranks of a large hotel management company. I believed that if I worked hard enough, I would learn enough to one day be able to set out on my own. My first job was at the front desk of a hotel that was part of a large hospitality company in Ottawa. I found that I excelled at the operational work, and I was steadily promoted to become a sales coordinator and then a guest experience manager within the management company. Within five years, I became a director of guest experience.

Around this time, my partner accepted an offer to transfer to Montreal. As we prepared to move, I started my own job search in the new city—a search that brought me an opportunity I hadn’t expected outside hospitality.

Due to my track record of success working in hotels in Ottawa, I received a slew of job offers from hotels in Montreal. But I was also offered another position, one that was different from the rest: Shopify, a commerce company, asked if I would join the internal operations team to help manage its office in Montreal.

My partner had worked at Shopify for three years, so I knew about the company and its culture. But the role itself was new to me. I had never worked in the technology industry, nor had I managed an office before.

I grappled with the decision. If I stayed in the hotel world, I would be on the path to leading a large team and securing a general manager title. Whereas if I joined Shopify, it would look on paper as if I was taking a step back. I would be taking a lesser title, and as the sole office operations manager in Shopify’s Montreal office, I would only be managing myself.

However, the opportunity at Shopify would allow me to apply my hotel experience and operational skills to a new industry, to a new set of customers: Shopify’s global employees. The startup environment would also allow me to build new experiences and processes from scratch. I would have the freedom to create new experiences for Shopify’s employees without a hospitality conglomerate’s red tape.

It’s hard to remove oneself from the traditional path to success. The idea I had always believed in was that by sticking to one industry, and being promoted within it, I would eventually be able to manage that company. I’m from El Salvador, and my parents, who still live there, also encouraged me in this vein. They cheered me on in what they viewed as a stable path with a clear trajectory to leadership. All my friends and colleagues knew how much I talked about opening my own hotel. I felt that if I picked Shopify, I would be jumping ship and abandoning my oft-stated mission in life.

I eventually decided to go with Shopify. What shifted my opinion was thinking not about what I would be giving up, but about what I’d be gaining if I took this opportunity.

Managing offices at Shopify draws upon many of my hospitality skills. Working directly with hotel guests made me better at listening to feedback, synthesizing it, and finding the right solution. This empathy is essential when I’m thinking about how to improve employee experiences at Shopify.

Another skill I carry with me is strategic thinking. At the hotel, we had to plan for times of high occupancy, which strained resources. At Shopify, we need to think ahead about what’s to come in the markets where we’re expanding the fastest. As a fast-growing company, we need to collaborate cross-functionally and be able to communicate clearly—skills I honed at the hotel.

In a year and a half at Shopify, I was promoted to become its global coworking spaces specialist, looking after our offices in coworking spaces around the world. My job is to provide our global employees with an engaging experience as we continue to internationalize the business.

Shopify’s business model is to empower people to have control over their own online shops. The same ethos applies to how the company treats employees. In my old job, I had to convince the general manager of a hotel, and find budget to be able to act. Now, as the manager of an international program of mini-offices that cater to our global employees, if I want to change a room by adding features to it, or host an event in the office, I can do that, and I have the resources to do so. If I want to give distributed workers access to a WeWork space to improve their overall experience, and it makes business sense for Shopify to do so, I can. We now have several WeWork spaces globally as we expand.

If I had never made the jump, I would have never known what else was out there. I wouldn’t have known the skills I had developed in hospitality were in demand elsewhere.

There are many paths to a goal

Despite my transition to a new industry, I still maintain a passion for hospitality. The idea of careers that I initially had—that I needed to stay in hotels, become a general manager—to get to my end goal was too narrow. If my ambition is to one day open my own hotel, there are many ways of getting there.

The expertise I’m gaining in this different industry is an asset, not a liability. I’m learning skills that will help me on whatever my next path may be.

One lesson I’ve learned, for example, is the importance of investing in people and experiences. Better workspaces means more productive and happier employees. At Shopify, we deeply believe this. Hotels, on the other hand, are notoriously bottom-line driven and will sometimes cut costs at the expense of guest experience (giving away one, as opposed to two, bottles of water in a guest room, for example). Now that I see what investment in people and resources can do, I have a more holistic approach to service.

Opening a hotel is still a dream for me. I still love the creative aspect of being able to provide experiences to others. A few years ago, I would have told you I wanted to open a large, splashy hotel like the Disney resorts in different parts of the world. Now, with my heightened focus on the customer experience, my goal is to open a boutique hotel. I see it as a small, 15- to 20-room space where every corner has thoughtful details. I’d like to build someplace people go to because it brings them joy. I’m confident that everything in my career—especially my experience at Shopify—will help me get there.

Oscar Rodríguez is the global coworking spaces specialist for Shopify’s real estate team. He has more than eight years of experience in space operations and looks after Shopify’s offices in growing markets around the world, primarily through a partnership with WeWork. Prior to joining Shopify, Rodríguez worked in sales and operations in the hospitality industry and was most recently the director of guest experience at a boutique hotel in Ottawa, Ontario.

FILED UNDER
FLEXIBILITY CAREER MANAGEMENT
Interested in workspace? Get in touch.
TRENDING NOW
01 Five best coworking spaces in Brooklyn 02 When everything is in flux, in and out of the office 03 Three ways to use office space in the new world of work 04 10 tips to manage stress as you return to the office 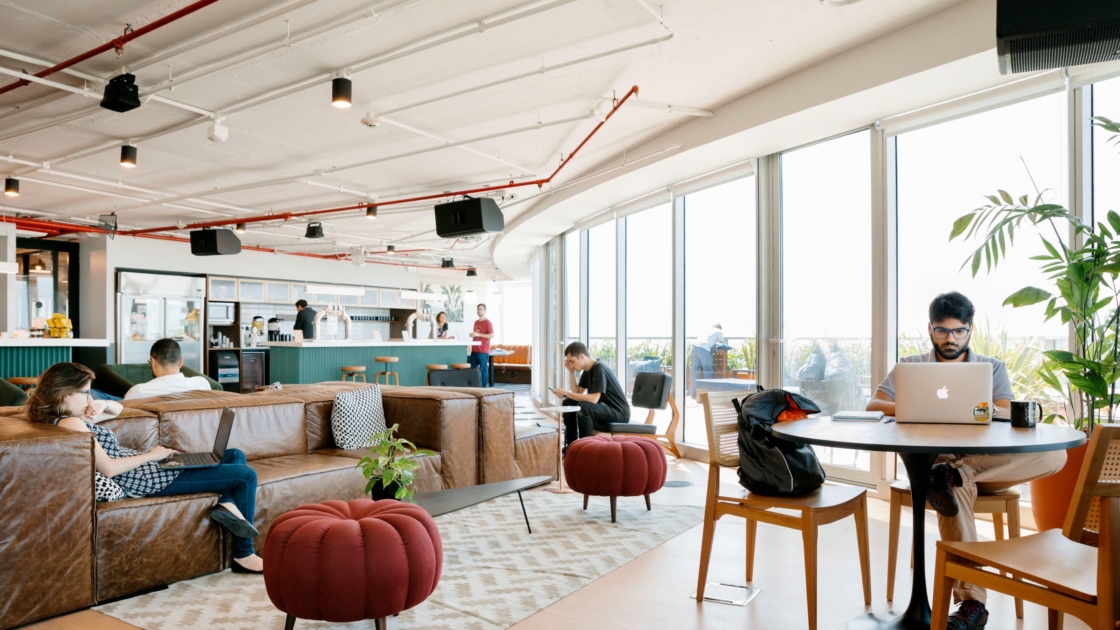 Whether it’s finding new partners or sourcing fresh talent, coworking in Rio leads to a wealth of opportunity 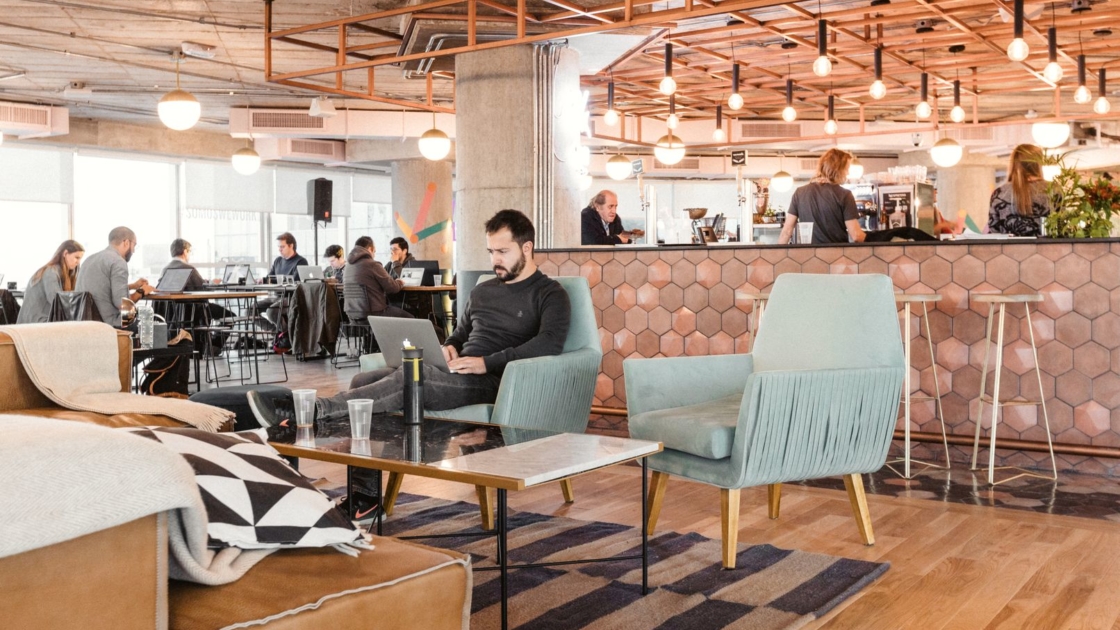 As the startup sector in Buenos Aires continues to thrive, coworking spaces are increasing collaboration and driving innovation further 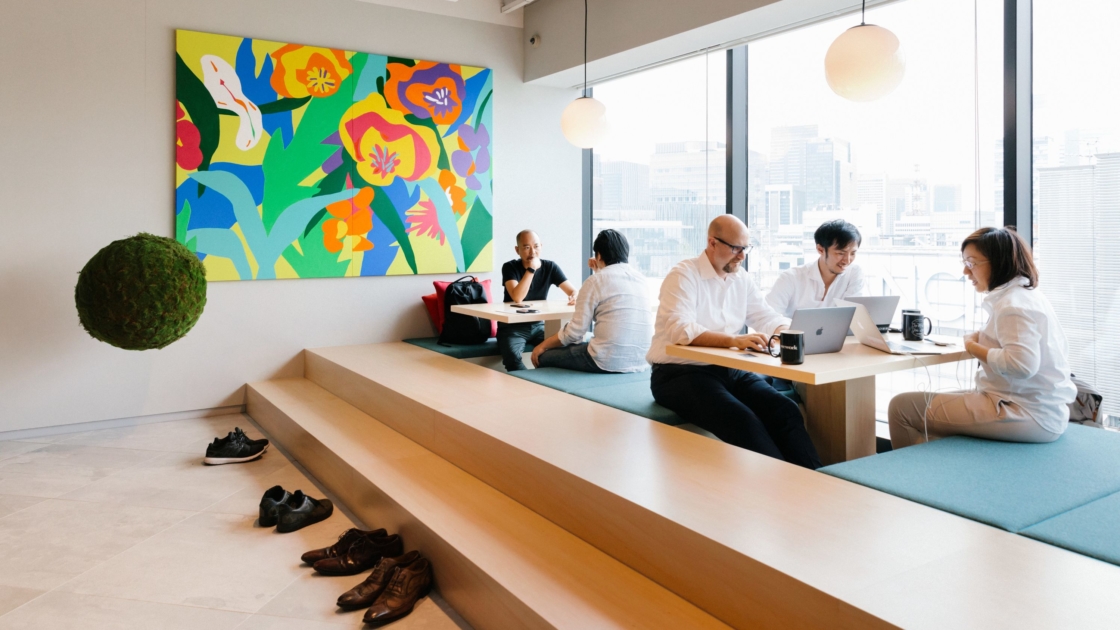