‘What’s the best way to inspire (or push) creatives to be more creative?’

I manage a creative team, but my creatives seem stuck in a rut. Their ideas aren’t bad exactly; they just lack the sizzle that I remember hiring them for—and they are definitely not going to cut it with a demanding client. (All of our clients are demanding!) My efforts to get them to do better—mostly telling them to have another go at it or try harder—haven’t been very effective so far. When the work just isn’t there, how do I make it better? What’s the best way to inspire (or push) creatives to be more creative?

Creativity is a weird, magical thing—and it is really hard to press a button and just, bam, make it happen. One, two, three: Be creative! It doesn’t work. In fact, putting pressure on people to be more creative almost always ends up sucking the life out of them and their ideas. Yet the expectation that someone, having gotten a job as a creative, is able to perform creatively on the spot is a huge part of our working culture.

Clearly, being “creative” is a tough job. New, exciting ideas need not just be ready at a moment’s notice, they must also be palatable to other people (like demanding clients, as you point out) and ultimately make money for a company. This is complicated, and I feel your pain. Managing creatives is especially hard, because creativity inherently does not want to be managed! But, of course, these people are employees responsible for delivering something, just like “non-creatives,” and their value to the company is connected to the job they do. And your job is connected to getting the best from them.

So how do you make your creative team members feel not like they’re being managed but like they’re simply being given all the support and resources they need to be as creative as possible, i.e., do their very best job? It’s a multifaceted answer for multifaceted people.

To do their best work, creatives need a physical workspace that is conducive to their work—think good light, art on the walls, and space for downtime. Even more importantly, creatives need a safe space—one in which judgment and criticism are limited. In team brainstorming sessions, for instance, make sure that everyone gets to share their ideas before the critique begins. This can be hard, since schedules, budgets, and client particularities tend to limit the sense of what is possible to achieve in the workplace. But to be truly creative, sometimes you need to take the needs of other people off the table, at least at first, and allow your brain to think without the constrictions of other opinions and feelings and needs. Give your team space to do that: Have a meeting in which you let them say whatever they are thinking; give them room for their ideas to bloom. (Later you can always separate the good ones from the bad, or, even better, encourage them to do so with their own ideas—a little self-editing, as it were.)

Before they get started on any tasks, make sure you’re providing your creatives with all the information they need to know in order to get you what you want, i.e., a short document that explains the project, its objectives, who the audience and client are, and details on tone and style, as well as timing and any additional pertinent information that they can refer to as they work. (You’ve got to answer these questions for yourself to start.) Don’t just throw a sheet of paper at a creative and say, “Give me your most creative ideas!” and then expect to winnow it down from there or simply be given what you want. We all need some guidelines to start with. Follow up with your brief by having clear conversations about what’s at stake, what the parameters of the work are, how it should look when you receive it, what refining it might look like, and so forth. Make sure there’s also time dedicated to your team asking you—or the client, depending on how you work—questions about the project. Creative ideas that also solve the problem you want them to can’t come from nothing, after all.

Create a culture of good feedback

Let’s get one thing straight: Feedback does not equal judgment or criticism. Creative people are as likely to spin out of their creative moment as quickly as they spin into it once self-doubt creeps in. (And, unfortunately, telling someone “do better” or “try harder” is one of the worst ways to inspire anything better—it’s self-doubt city from there on out!) A big part of what you need to do as a manager of creatives is to keep pushing back the self-doubt, preventing it from coming into the room, and make the creatives keep believing in the process of being creative.

This is where feedback comes into play. You want to set up a culture of good constructive feedback, which involves you not just telling your employees what you think in a positive, growth-focused way, but regularly asking your employees for feedback about you. Most importantly, what can you do to help them achieve their—and your—goal? How is what you’re doing working, and not working, for them? (Keep in mind, everyone might need something a little different here.) For you, the job is to listen and to adapt your strategy to what (reasonably) works best for each member of your team. Practice “compassionate directness” by being accessible and visible: One good way to put this in motion is to have regular meetings with your employees, both in groups and one-on-one, where you speak frankly about your goals as a team and how to achieve them. “The more people are connected with a sense of ‘we are in this together,’ the more they are open to feedback,”  says Liz Burow, VP of workplace strategy for WeWork. Raise issues in ways that make them feel safe and supported not criticized. “Hey, I like the start of this idea, but let’s talk through where it might go to help us get to X” is going to be a much better start than “This idea is lame, where’s that sizzle I hired you for?!”

Here’s another thought: How would you want to be talked to if you were one of the creatives you’re managing? Put yourself in their shoes and shape your feedback accordingly.

Give them a breath of fresh air

Everybody gets stuck sometimes. What stuck creatives need is a change. Luckily, there are millions of ways to help willing people get unstuck.

Be accepting of mistakes along the way

The adage is true that you can’t learn unless you mess up sometimes, and to be really creative, you’ve got to be free to not always (or ever) deliver something perfect the very first time. You also can’t be afraid of a punitive response if you don’t measure up. (Again, this is why having a supportive environment to do creative work is so important.) If you’re afraid you might get fired over a bust of an idea, well, you’re probably going to stop coming up with ideas that are anything other than safe and expected.

Rather than focusing on a win on the first try, it’s far more important that creative people keep going, because that’s how they’re going to eventually land on the solution that’s right. You can help them do that by supporting them through the mistakes, not criticizing them in a way that crushes them, and continuing to provide guidance about what you want and what works for you and your company throughout the process.

Be honest with yourself

Once you’ve started to have open, confidence-inspiring brainstorming sessions and creative follow-ups (after explaining to everyone exactly what the expectations are), take stock. Run a gut check for yourself and answer as truthfully as possible. Why do you feel like your creatives aren’t measuring up? Are they lazy? Do they have bad ideas? Do they not understand what’s needed on a project? Have they been given all the information they require? Are they coming to you with problems you’re not able to fix? Ask yourself, also, if you’ve given them the right assignment. You’ll generally get better results by encouraging your employees to do more of what they love (assuming it fits your goals, too), so try to tap into what’s fun for them. Creatives who are motivated from the start are inherently going to push themselves to deliver more.

Chances are, your creatives aren’t underperforming because they’re just bad at what they do—after all, you hired them due to their sizzle. It’s more likely that, like so many of us, they need the right environment and coaching to do their very best work. That may require some creative thinking from you, too.

Jen Doll is a journalist and the author of the memoir Save the Date: The Occasional Mortifications of a Serial Wedding Guest. Her writing has appeared in The Atlantic, Harper’s Bazaar, the New York Times, and other publications.﻿

FILED UNDER
CREATIVITY MANAGEMENT WORK FLOW
Interested in workspace? Get in touch.
TRENDING NOW
01 Six countries where it’s easy to snag a work visa 02 Thank-you office breakfast ideas for your employees 03 Six financial reasons why businesses choose WeWork 04 How to host your own office Olympics 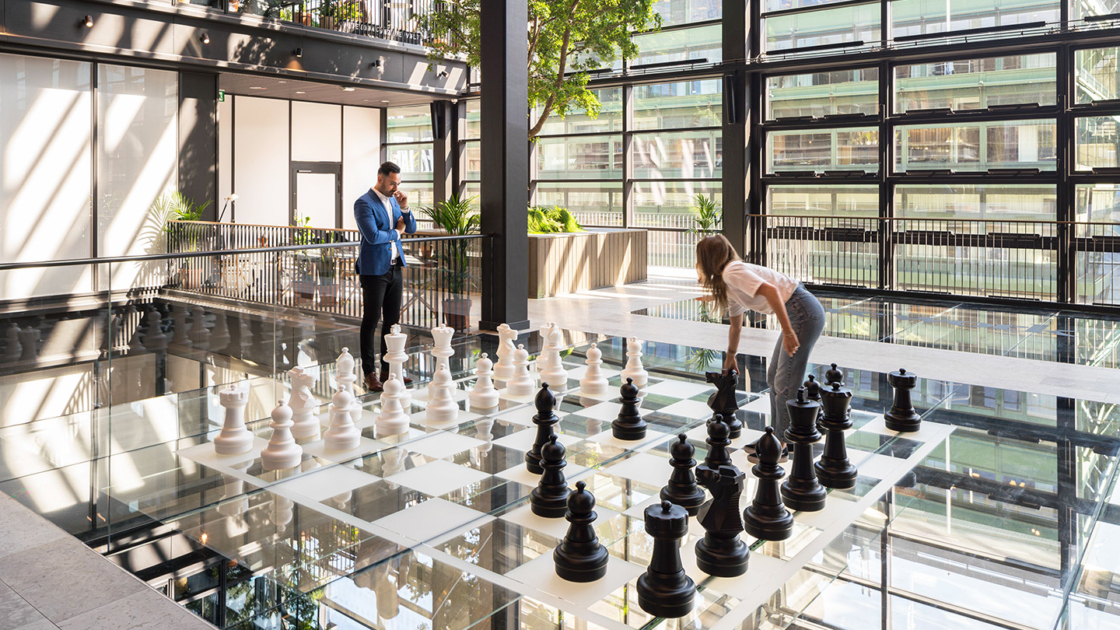 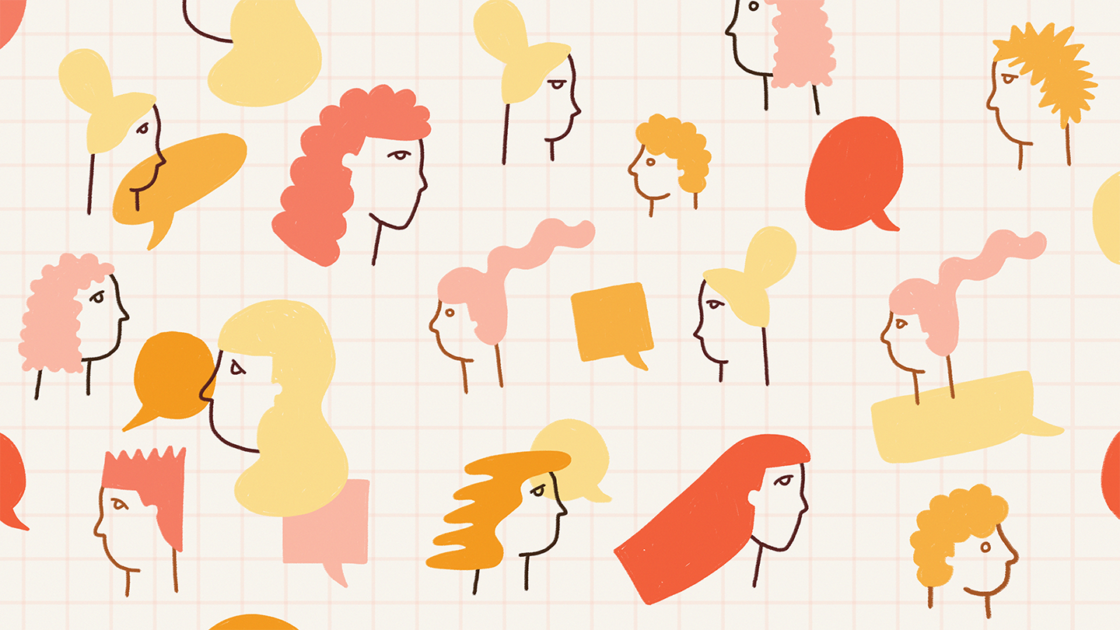 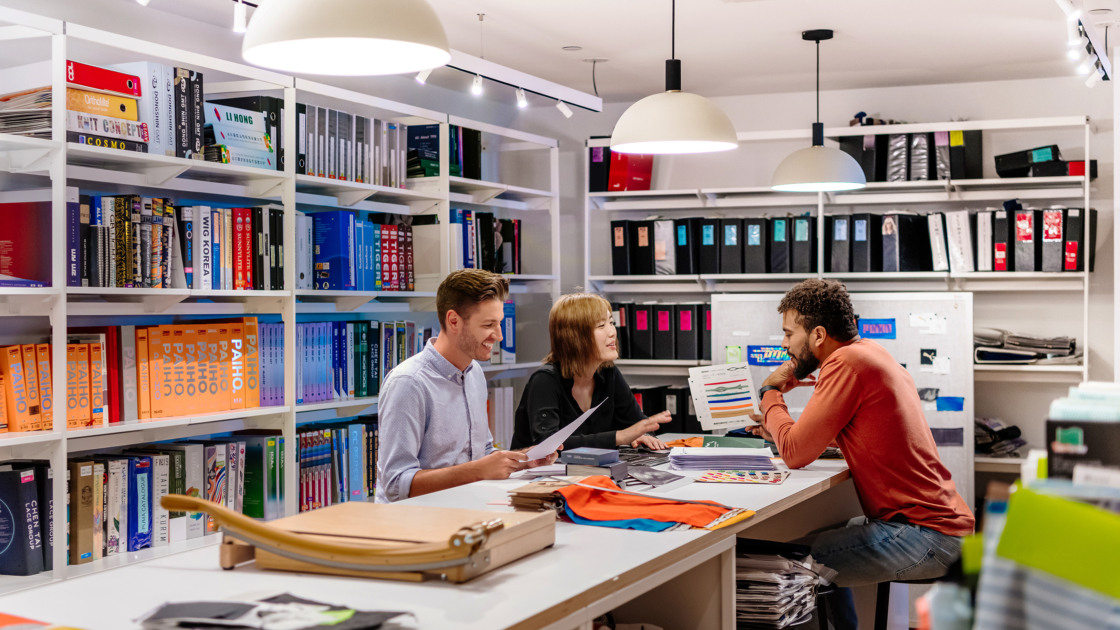