WeWork opened the largest location in Japan and one of the largest in the world, in London’s Canary Wharf, in December. The month started off with a record 52 new building openings across the globe, with 28 in cities across Europe, the Middle East, Latin America, China, and Japan, and 24 in the United States, Canada, and Israel.

WeWork Shibuya Scramble Square is set above Tokyo’s Shibuya Station, one of the busiest train stations in the world, at the corner of what is known as the busiest crosswalk in the world. The “scramble” refers to the rush of thousands of salarymen and -women making it across the wide lanes before the walk sign changes. Members at Scramble Square include Asahi Breweries, Dai Nippon Printing, and Sumitomo Life Insurance.

Several cities, including Milan, Oslo, Hyderabad, Cape Town, and Tampa, introduced their inaugural WeWork locations last month. The first in Tampa, Florida, WeWork Place, features a trademark internal staircase connecting the two floors. The space includes a variety of lounges, rows of desks, and kombucha and cold brew coffee on tap that’s made locally in Florida. Take a look inside.

Across the pond, WeWork 30 Churchill Place opened its initial few floors in December. It’s the first location to launch in Canary Wharf, London’s financial district. Located in a 20-story high-rise, it will be one of the largest WeWork buildings in the world when all 12 floors open. The space includes over 6,000 desks, a rooftop terrace, and eye-watering amenities, including a games room with ping pong and pool, a library, a yoga studio, a meditation room, and a speakeasy.

With red and black marble countertops and stainless steel in the pantry, “the aesthetic [at the Canary Wharf location] is sophisticated and grown-up,” says Scott Rominger, creative director of the United Kingdom and Ireland at WeWork.

Light wood permeates the space, giving it a comfortable and homey feel. Splashes of tartan fabric make the office feel particular to the United Kingdom. Local furniture makers Barton Bespoke created chairs that are functional and comfortable. But the most exciting part of the space? The layout, Rominger says.

The ground floor is open to the public and has a sense of vibrancy. There is a dedicated community bar, atriums, nooks, and banquettes, as well as lounges with daybeds, which infuse the workspace with a relaxed feel.

In Europe, WeWork Via San Marco 21 is a modern workplace in the heart of Milan’s historic center and WeWork’s debut in the city. WeWork Tjuvholmen Allé 3 is the first to open in the Norwegian capital of Oslo, where two more locations are forthcoming. Other countries that saw new locations in December include Colombia, Poland, Malaysia, and Japan, where Tokyo alone opened three new buildings in prime districts: Link Square Shinjuku, Daiwa Harumi, and Shibuya Scramble Square.

FILED UNDER
COWORKING DESIGN FLEXIBILITY
Interested in workspace? Get in touch.

We checked in with several of the first WeWork London member companies. They’re all going strong 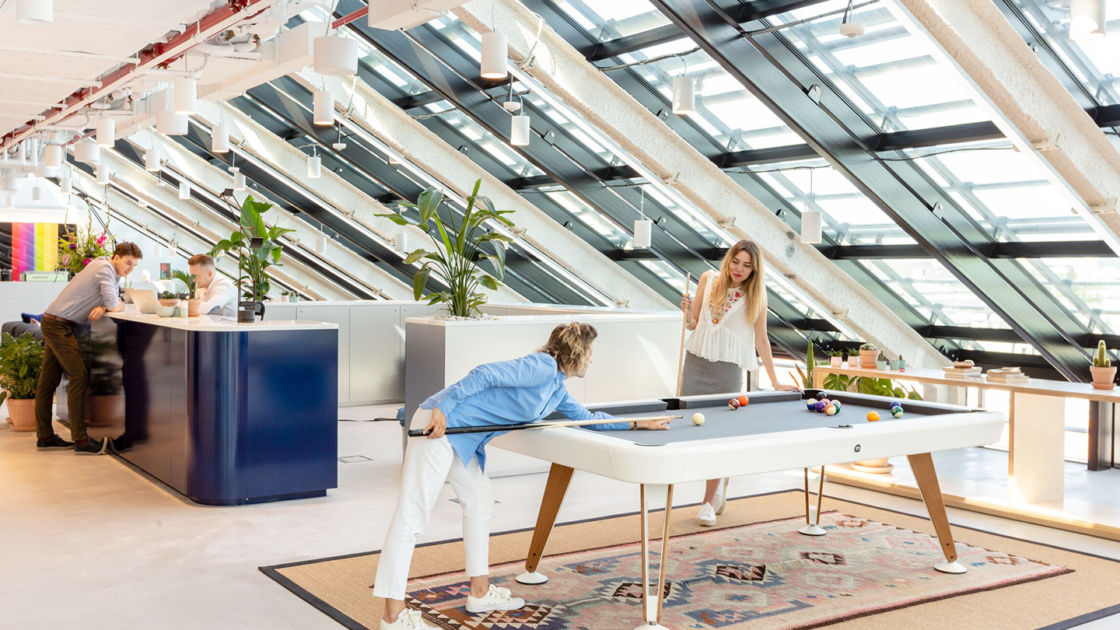 11 unexpected amenities at WeWork locations around the world 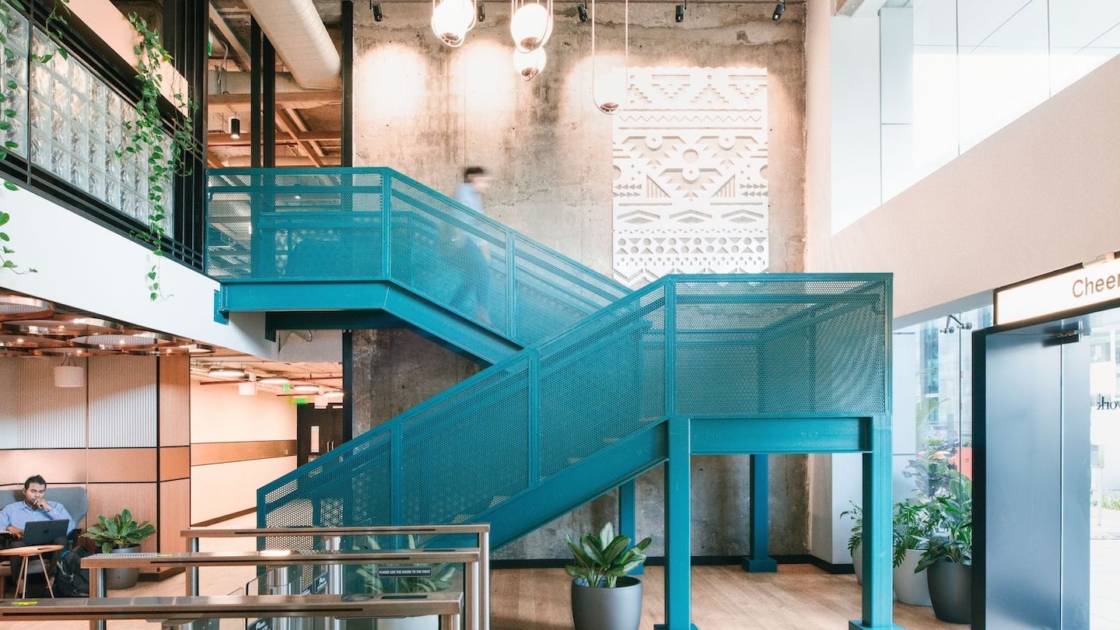 10 stunning staircases in WeWork locations around the world