NEW YORK, September 27, 2021 – WeWork, one of the leading flexible space providers, announced today that it will host an Investor Day on Thursday, October 7, starting at 11:30 AM ET. The presentation will include commentary from Sandeep Mathrani, Chief Executive Officer, Benjamin Dunham, Chief Financial Officer, and Chandler Salisbury, VP, Investor Relations and Corporate Development. The presentation will also include a question-and-answer session.

As previously announced on March 25, 2021, WeWork and BowX Acquisition Corp. (NASDAQ: BOWX, BOWXU, and BOWXW) (“BowX”), a special purpose acquisition company, entered into a definitive merger agreement, providing for a business combination that will result in WeWork becoming a publicly listed company.

The business combination is expected to close on or about October 21, 2021, subject to BowX stockholder approval and the satisfaction of certain closing conditions. Upon closing, WeWork will be listed on the New York Stock Exchange under the symbol “WE.”

About WeWork
WeWork was founded in 2010 with the vision to create environments where people and companies come together and do their best work. Since opening our first location in New York City, we’ve grown into a global flexible space provider committed to delivering technology-driven flexible solutions, inspiring spaces, and unmatched community experiences. Today, we’re constantly reimagining how the workplace can help everyone, from freelancers to Fortune 500s, be more motivated, productive, and connected.

BowX and its directors and executive officers may be deemed to be participants in the solicitation of proxies from BowX’s stockholders in connection with the proposed transaction. A list of the names of the directors and executive officers of BowX and information regarding their interests in the business combination is set forth in BowX’s registration statement on Form S-4 (Registration No. 333-256133) filed with the SEC. Additional information regarding the interests of such persons and other persons who may be deemed participants in the solicitation is contained in the registration statement and the proxy statement/prospectus. You may obtain free copies of these documents as described in the preceding paragraph.

Certain statements made in this press release are “forward looking statements” within the meaning of the “safe harbor” provisions of the United States Private Securities Litigation Reform Act of 1995. Such “forward-looking statements” with respect to the proposed transaction between WeWork and BowX include statements regarding the benefits of the transaction, the clear path to positive adjusted EBITDA, WeWork’s ability to continue self-funding its growth into the future, the amount of cash the transaction will provide WeWork, the anticipated timing of the transaction and the products and markets of WeWork. These forward-looking statements generally are identified by the words “believe,” “project,” “expect,” “anticipate,” “estimate,” “intend,” “strategy,” “future,” “opportunity,” “plan,” “pipeline,” “may,” “should,” “will,” “would,” “will be,” “will continue,” “will likely result,” and similar expressions. Forward-looking statements are predictions, projections and other statements about future events that are based on current expectations and assumptions and, as a result, are subject to risks and uncertainties. Many factors could cause actual future events to differ materially from the forward-looking statements in this press release, including but not limited to: (i) the risk that the transaction may not be completed in a timely manner or at all, which may adversely affect the price of BowX’s securities, (ii) the risk that the transaction may not be completed by BowX’s business combination deadline and the potential failure to obtain an extension of the business combination deadline if sought by BowX, (iii) the failure to satisfy the conditions to the consummation of the transaction, including the adoption of the Merger Agreement by the shareholders of BowX, the satisfaction of the minimum amount in the trust account following redemptions by BowX’s public shareholders and the receipt of certain governmental and regulatory approvals, (iv) the lack of a third party valuation in determining whether or not to pursue the proposed transaction, (v) the inability to complete the PIPE investment, (vi) the occurrence of any event, change or other circumstance that could give rise to the termination of the Merger Agreement, (vii) the effect of the announcement or pendency of the transaction on WeWork’s business relationships, operating results, and business generally, (viii) risks that the proposed transaction disrupts current plans and operations of WeWork and potential difficulties in WeWork employee retention as a result of the transaction, (ix) the outcome of any legal proceedings that may be instituted against WeWork or against BowX related to the Merger Agreement or the proposed transaction, (x) the ability to maintain the listing of BowX’s securities on a national securities exchange, (xi) the price of BowX’s securities may be volatile due to a variety of factors, including changes in the competitive and regulated industries in which BowX plans to operate or WeWork operates, variations in operating performance across competitors, changes in laws and regulations affecting BowX’s or WeWork’s business, WeWork’s inability to implement its business plan or meet or exceed its financial projections and changes in the combined capital structure, (xii) changes in general economic conditions, including as a result of the COVID-19 pandemic, and (xiii) the ability to implement business plans, forecasts, and other expectations after the completion of the proposed transaction, and identify and realize additional opportunities. The foregoing list of factors is not exhaustive. You should carefully consider the foregoing factors and the other risks and uncertainties described in the registration statement on Form S-4 discussed above, the proxy statement/prospectus and other documents filed or that may be filed by BowX from time to time with the SEC. These filings identify and address other important risks and uncertainties that could cause actual events and results to differ materially from those contained in the forward-looking statements. Forward-looking statements speak only as of the date they are made. Readers are cautioned not to put undue reliance on forward-looking statements, and WeWork and BowX assume no obligation and do not intend to update or revise these forward-looking statements, whether as a result of new information, future events, or otherwise. Neither WeWork nor BowX gives any assurance that either WeWork or BowX, or the combined company, will achieve its expectations. 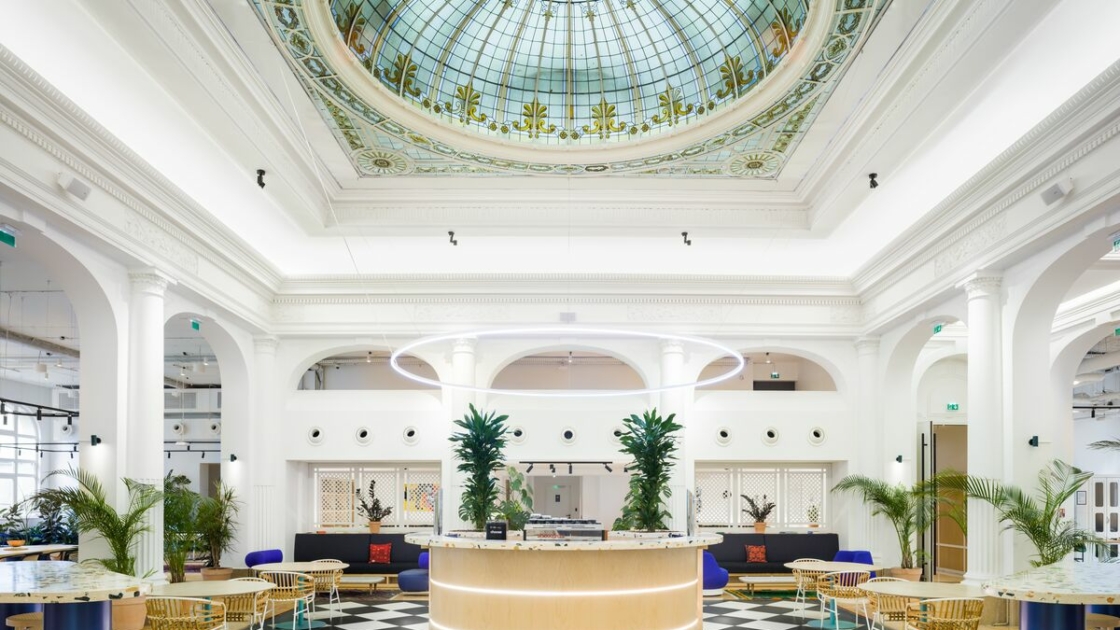 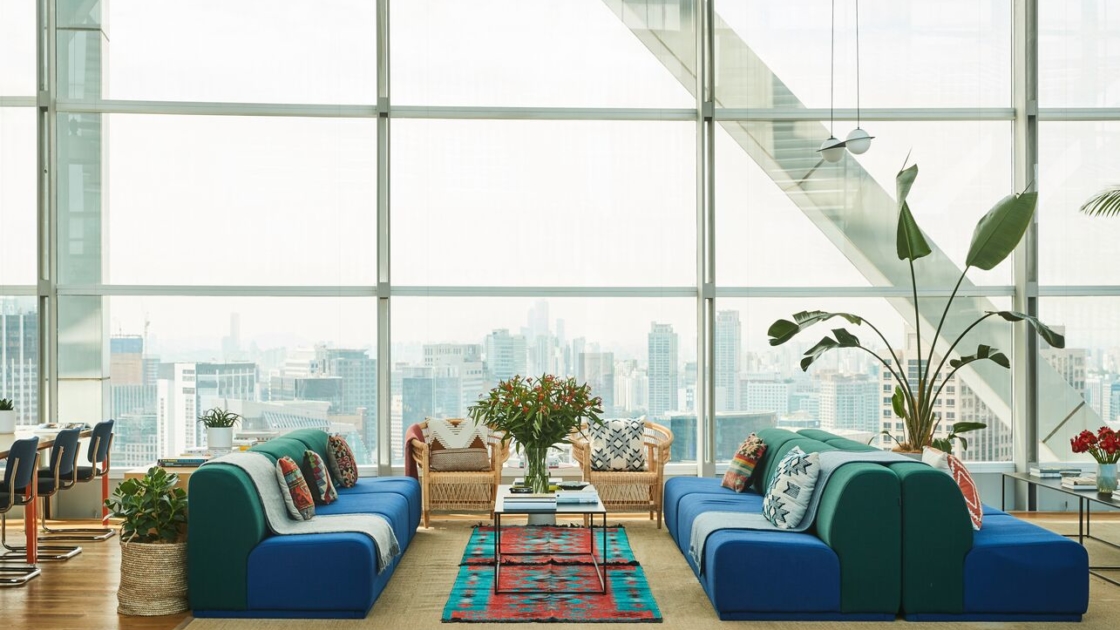 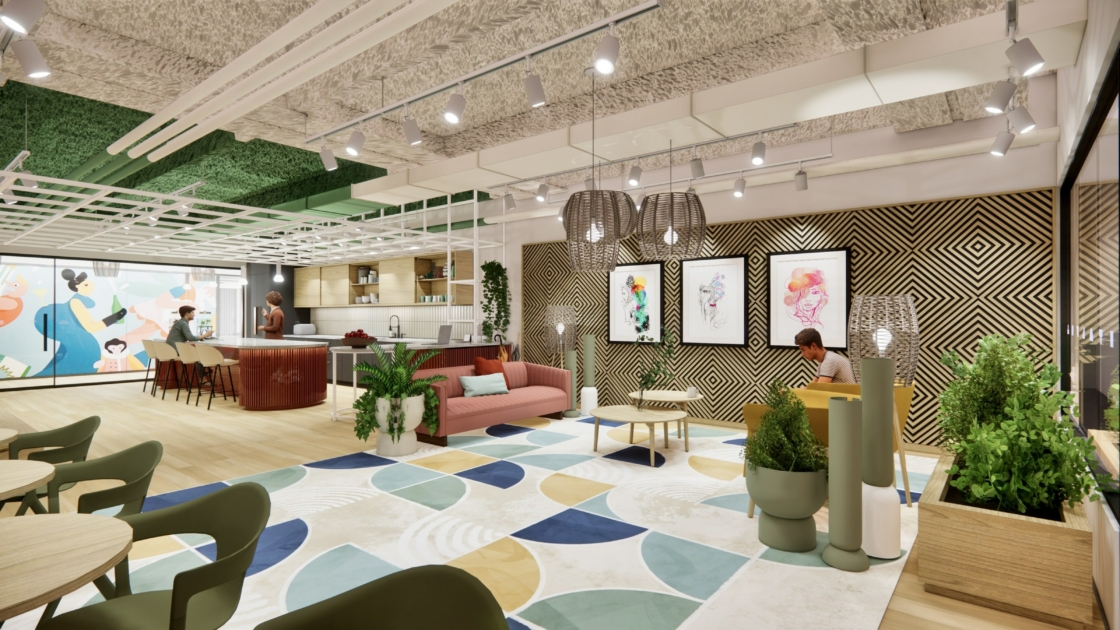