A linguist explains why email language sparks so many feelings, and why it doesn't have to

Since the dawn of business email, the signoff has been the most pervasive yet benign of practices. But when Julia Burnham, vice president of academic and university affairs at the Alma Mater Society of UBC Vancouver, tweeted a chart classifying email signoffs into categories of good and evil, the internet erupted in conversation. Who knew that email language could unleash such controversy?

Many of us are quite sensitive to the words we receive in email form, it turns out. Email is different from most forms of social media and realms of online communication because it’s not a public place, says Gretchen McCulloch, author of Because Internet: Understanding the New Rules of Language. “With email, since it happens in closed groups, you don’t necessarily know the social norms,” McCulloch explains, nor do you know the expectations of the person with whom you’re corresponding. “With most social media you can converge more quickly by looking first,” she says, adding that it’s easier to pick up on social cues and expectations in this public space. With email, you’re on your own.

All of this mystery can make us feel insecure about which language we’re using in our own emails, says McCulloch, and might lead us to judge the language we receive that doesn’t fit in with our expectations. Every aspect of an email—the signoff and beyond—is influenced by a slew of factors, including the industry in which we work, our company’s culture, and our generation.

A 2017 study conducted by the app Boomerang found that closing emails with the ever-predictable and mundane signoff, “Thanks in advance,” yielded the greatest rate of response. But how much joy does it spark? The purpose of a signoff varies, and experts have different opinions about what’s appropriate for particular kinds of audiences.

Cherie Kerr, author of The Bliss or “Diss” Connection? Email Etiquette for the Business Professional, told Entrepreneur that a simple “Thanks” is a safe and courteous salutation. “It keeps it pleasant but professional,” she said. On the other hand, Suzanne Bates, president and CEO of Bates Communications Inc. and author of Speak Like a CEO: Secrets For Commanding Attention and Getting Results, said the closing was germane only if you’re truly thanking people. “But keep in mind it’s casual; you should know them if you’re using this signoff,” she added. According to Bates, a simple “sincerely” is a tried-and-true signoff for a “formal business close.” An extra benefit? “You’ll never offend anyone” with “sincerely,” she said.

McCulloch doesn’t associate as many rules with our email language. Often we implement our “default” language when writing emails—but what’s considered appropriate varies from person to person. With greetings, McCulloch says she spots a lot of generational disparity: “I’ve seen it from all sides of the spectrum,” she says, noting that older generations may introduce with “Dear,” an address that millennials tend to find too formal or intimate. Younger generations also seem to worry that an email that opens only with the recipient’s name can be passive-aggressive or imply that the sender is angry. The opportunity for miscommunication in email is neverending.

“I hope you’re well.” It says so much yet so little at the same time, and it’s an idiom many of us use to pad the opening of our emails. The innocuous, empty phrase, and those similar to it, are phatic expressions—“phrases that are used for their social function rather than their literal meaning,” McCulloch says, and they’re not just reserved for email. Email writers use phatic expressions in the same way one person greeting another would ask, “How are you?” or “What’s up? ”in the flesh. Phatic expressions are used to signal social pleasantries rather than to ask for or offer information.

This type of language can feel especially cold or empty over email, but the intention behind it is usually genuine, says McCulloch. If you’re wondering why they can seem so overbearingly awkward, well, blame it on the inherent clumsiness that is email. “It’s an awkward situation to send someone an email when you don’t know them,” McCulloch says. “Phatic phrases try to mitigate this in a sense.”

Was your archnemesis sending a malicious message by dropping a “Ciao” at the end of their email? Or did they just return inspired from a life-altering Italian sabbatical? “We could all be more generous in terms of what we assume from other people,” McCulloch says. “We don’t need to immediately rush to assume that this person must be trying to be passive aggressive—it’s often not that personal.”

It’s in your best interest to avoid reading too far into language—especially in email, where inflection, body language, and other social cues are nonexistent. Even when you feel a nagging sensation that suggests certain language is not sincere, believe otherwise. Consider the phrase “per my last email,” which has become somewhat of a meme of its own: The saying, innocent without context, can be precocious and sarcastic when intended. It’s sometimes used to passive-aggressively signify that the recipient is incompetent and has wasted the sender’s time by forcing them to repeat something in a previous email.

Seth Godin, author of This is Marketing: You Can’t Be Seen Until You Learn to See, recently wrote about sarcasm on his blog, explaining how useless it can be in communication. “It’s hard to imagine a situation where sarcasm is the most effective way to make your point,” Godin writes. “The problem with sarcasm is that the level of displeasure is hidden. You might come across as snarky when you don’t mean to, or, the snarkiness you were sending might not land.”

Rather than assuming the worst when you receive language in your inbox that doesn’t align with your default, try to better understand the sender. McCulloch says she likes to mirror an emailer’s language (if they greet her with an “Hello,” she’ll do the same in response) because it helps people feel more comfortable. “If this is what they see as normal, why not join them in that?” she asks. “There doesn’t have to be just one right way of doing things, and the idea that there’s only one right way to do language is a problem.”

Play dumb if you have to. Or, as Godin puts it, “My new rule of thumb is to always assume goodwill and ignore any perceived sarcasm. Call it a Type II sarcasm-detection error.”

Kate Bratskeir is a writer for WeWork’s Ideas by We. She previously worked as a senior editor at Mic and HuffPost. Her work has also appeared in New York, Health, Travel & Leisure, Women’s Health, and more.

FILED UNDER
PRODUCTIVITY
Interested in workspace? Get in touch. 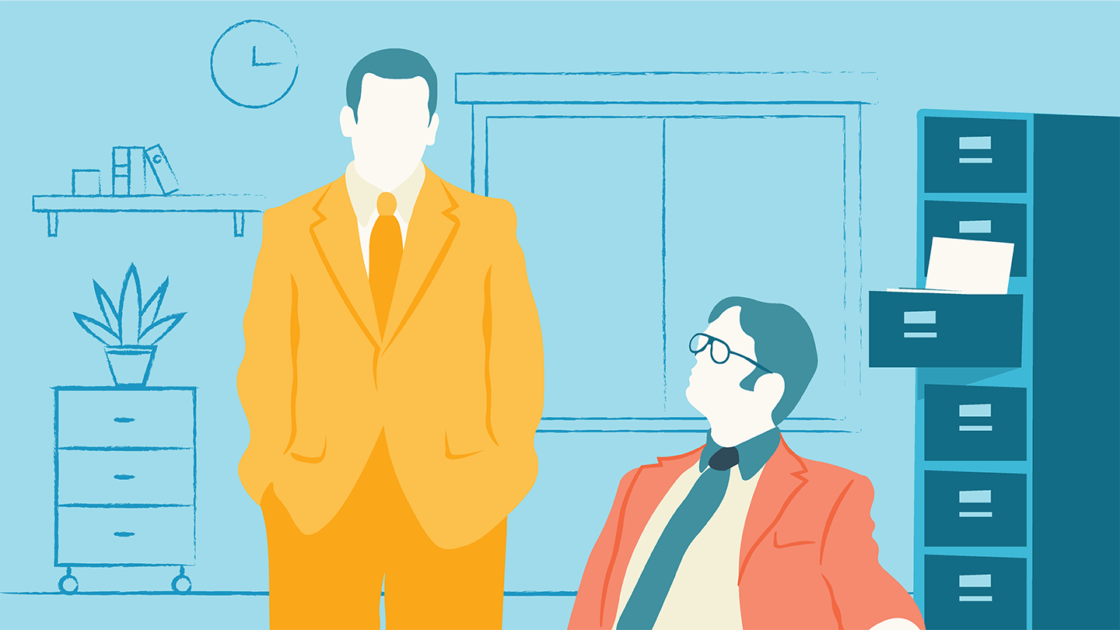 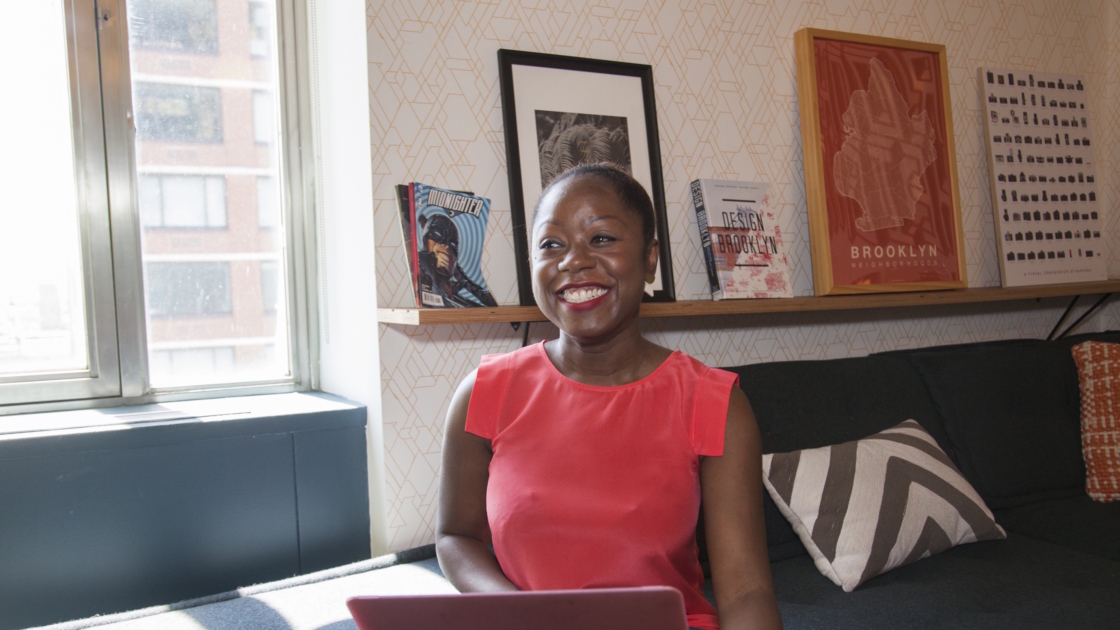 When you’re an entrepreneur, experience really does matter

New research confirms that founders over 40 have a much better chance for success. Here’s why that’s true 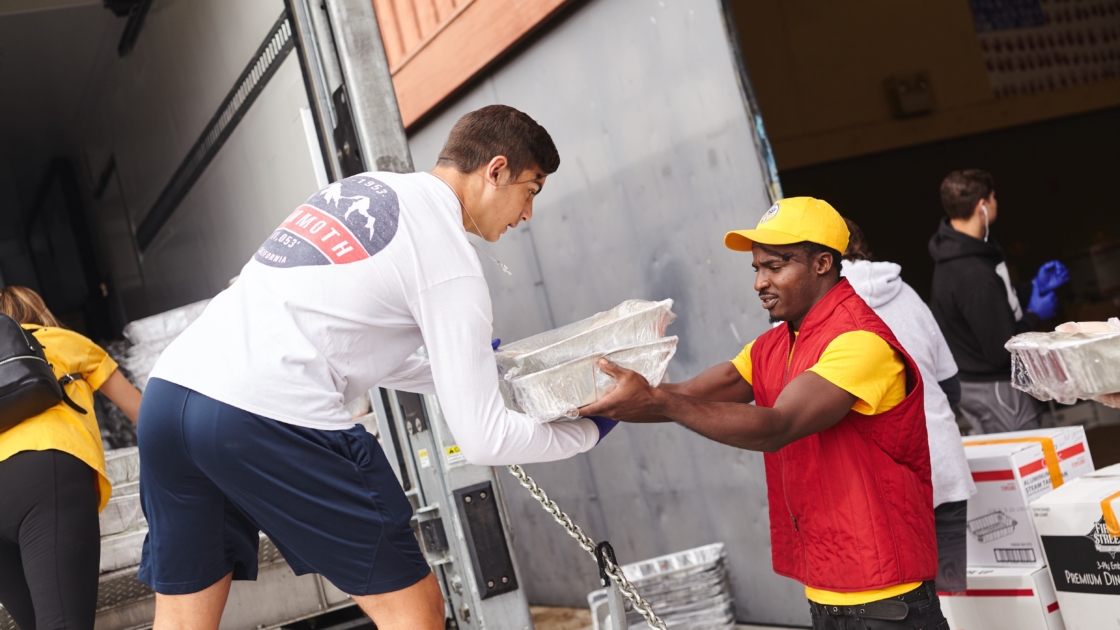