WeWork is helping women founders get back to the office

After a tumultuous year, WeWork’s Women for Tomorrow initiative helps these leaders get back to business

The pandemic had a disproportionate impact on working women. Since March 2020, female workforce participation has dropped to 57 percent—the lowest level since 1988, according to the National Women’s Law Center. Eighty percent of the 1.1 million people who exited the workforce during the pandemic were women, and in December, women accounted for all of the net job losses, as reported in Fortune.

To help offer women support to return to the workforce, WeWork, in partnership with the nonprofit Women’s Global Empowerment Fund, launched the Women for Tomorrow initiative. The program provides a total of $5 million toward a year of workspace and mentorship, including a one-year membership to WeWork All Access, which allows them to visit hundreds of WeWork locations around the world. We spoke to five awardees to learn about their stories and mission.

Maria Dyshel’s love of languages—she’s fluent in five—led her to the field of AI. “A few years ago I discovered chatbots,” says Dyshel, the founder of Tangible AI. “I fell in love with the idea that we can finally talk to machines in our own language and they understand us.”

Today she’s helping mission-driven organizations benefit from AI. The company helps from ideation to building a solution to understanding whether that program actually works.

Last year was a difficult one for nonprofits. The sector suffered from an economic downturn that impacted donations. “Yet it made nonprofits realize how digital engagement is important,” says Dyshel. Many had relied on in-person services, and suddenly that was no longer possible, so it forced them to adopt digital tools more organically. Tangible AI was there to help.

As a Women for Tomorrow initiative awardee, Dyshel loves the resources and structures provided by WeWork All Access. “The effect of meeting in person is just phenomenal, but the ability to peer over someone else’s shoulder, and to be able to assist them or look at the same screen for a project is just mind-blowing,” she says.

Not long into helping her parents with their retirement plans, Rhian Horgan hit a wall. “I had worked for JP Morgan for 17 years before starting my company, so I consider myself financially literate,” she says. Yet, when it came to reading up on health, wealth management, and life decisions, she found herself browsing 300-page manuals in Barnes and Noble. “I said to myself, there must be a better way.”

Horgan realized that fintech was mainly built for a younger demographic—people between the ages of 50 and 70 were largely neglected. Her solution: the Silvur app, which helps a customer base between ages 50 to 70 navigate the web of health, wealth, and life decisions.

Horgan is quick to point out that the over-50 consumer isn’t tech-inept. “These are consumers who built the internet: They were the entrepreneurs of the environments we live in,” she says. Yet, given that they started on a desktop, their expertise is substantially different from those who came of age in the era of touch screens.

These customers are very purposeful, she says. They want a guided journey and to read a lot of content, so thinking about how content factors into the experience is important. They also tend to spend more time within the app than a millennial, so the goal is to create an experience to enable longer periods of perusal, she says.

Now that she’s received a WeWork All Access membership as part of the program, Horgan feels more supported than ever. What she’s looking forward to most: in-person collaborations, especially with the team members she’s never met in person.

“This gives us the opportunity to test into what the in-office strategy looks like without having to lock ourselves into a long-term lease,” she says.

MXDC aims to organize and strengthen the community of highly qualified Mexican professionals in the greater Washington, D.C., area. It’s a mission that COO Diana Palomares and her team take seriously.

“What motivates me is to empower others, both professionally and personally,” Palomares says. “That is a fundamental part of the mission at MXDC, and it is the reason I joined the leadership team.”

Vulnerable groups, not limited to but inclusive of girls and women, are often left behind, especially in business, she says. Hence the need for organizations that are committed to equity and inclusivity.

The Women for Tomorrow initiative couldn’t have come at a better time for MXDC. As more and more people become vaccinated, having a physical space for the organization will become crucial for networking possibilities.

“We have to make sure there are resources and allies who share our values and together build an equal society,” Palomares says.

Raising awareness of an autoimmune disease

At age 25, Sumaira Ahmed was diagnosed with neuromyelitis optica spectrum disorder (NMOSD), a rare autoimmune disease that leaves patients blind and/or paralyzed. She lost her vision and had weakness and numbness in her extremities. Even so, she considered herself lucky in some ways.

“There are patients that are misdiagnosed for years. I was so lucky I got diagnosed so quickly, and treated with the right medications so quickly,” she says. “I felt like I had a responsibility toward the community.”

Ahmed founded The Sumaira Foundation, a nonprofit dedicated to raising awareness and promoting scientific research on NMOSD while building a community of support for patients and caregivers.

Ahmed, who grew up training to be an actress in India, still has a day job in healthcare outside of running the foundation. “I never stop working,” she says.

2020 was, despite it all, a good year for the foundation. “We were able to quickly pivot the programming to a virtual setting, and through that our niche was wider, our engagement stronger,” she says. “We were able to bring together people from all over the world. In terms of connecting with the community, the foundation became stronger.”

Still, a physical office space is crucial. Ahmed travels a lot for work, so the WeWork All Access membership will allow her to use a different WeWork space when she travels to meet doctors or visit infusion centers. “There’s still a lot of work to be done in an in-person setting,” she says.

The pandemic transformed her business both in terms of its method and its essence. On-site training events moved online, but the company also started exploring new service lines.

“We could help shape what was being accelerated, especially around remote work,” she says.

Medellin is a popular destination for digital nomads, and Milkes observed that when nearly all flights in and out of the country were suspended during the pandemic, nomads stuck in Colombia could not do basic things like open a bank account or sign a lease. “Imagine being stuck in a country and not having the psychological security of being able to go to the doctor because the visa had expired,” she says. That’s when the company decided to help launch the new visa for digital nomads.

Being a woman in tech in Latin America has its challenges. “If you look at the quantity of LatAm entrepreneurs, there are very few women leading tech companies,” she says. “This has a lot to do with how society perceives women: We need to break through those barriers.” At World Tech Makers, seven of the 12 employees are women.

She is thrilled to have access to a WeWork All Access membership as part of the Women for Tomorrow initiative. “Even if we’ve [been used to] doing remote work, I felt like I was in a cage. Going back to the office is going to be so much better,” she says, noting that being in an office will help foster more clarity, well-being, and a better headspace.

18 entrepreneur books to motivate and inspire
By Madelyn Cuello 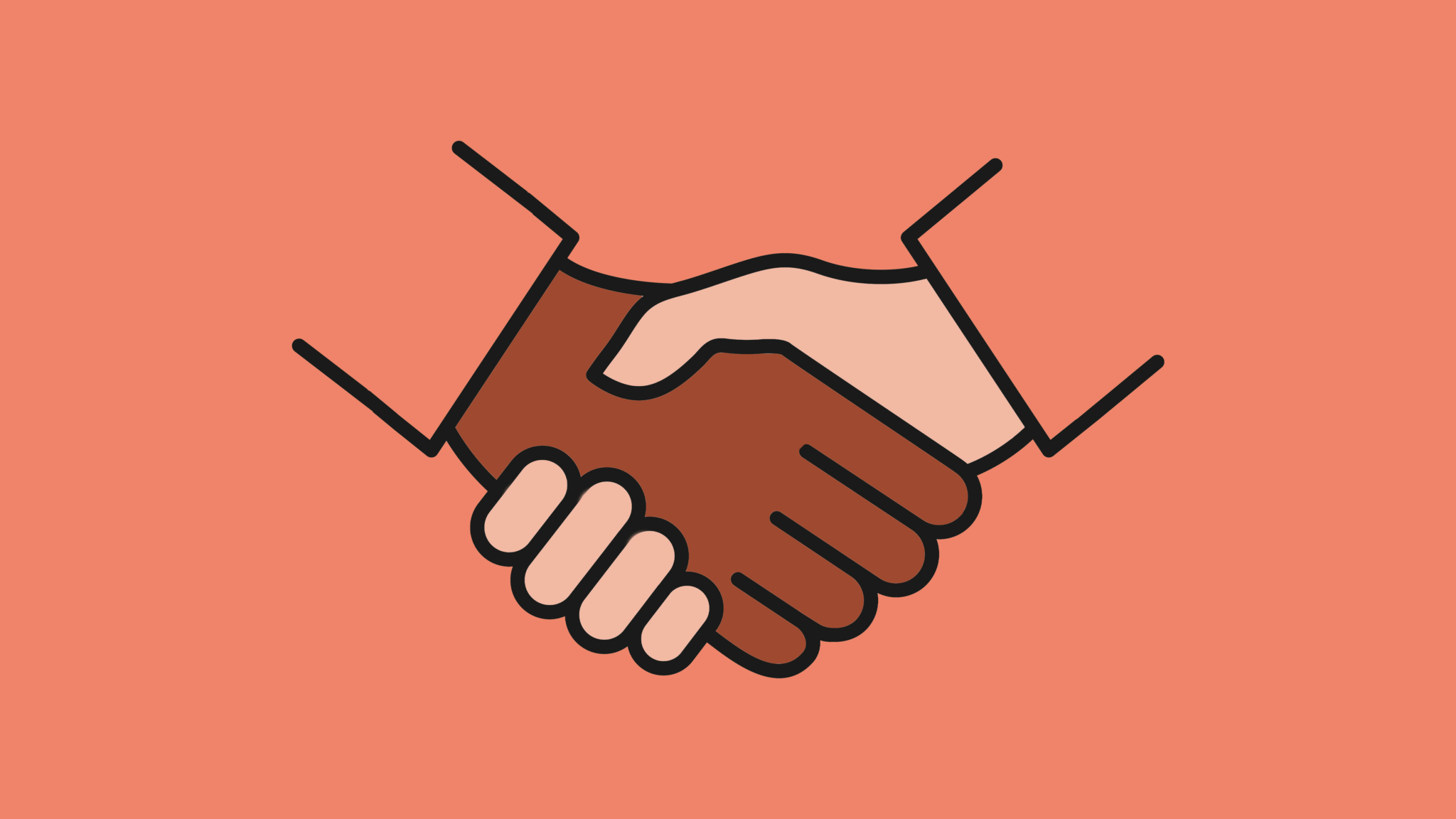 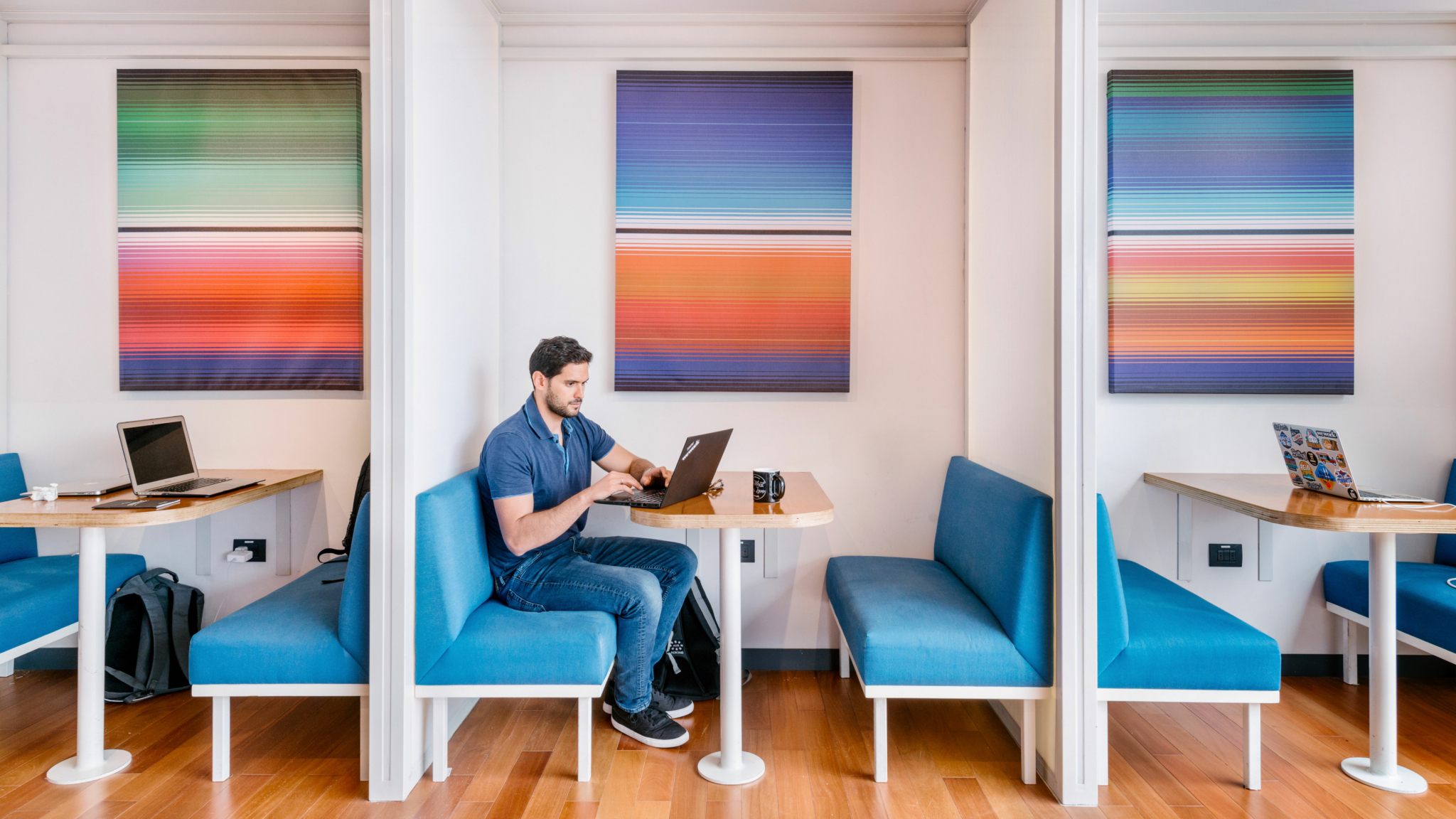 What is a strategic plan? Here are five steps to develop one
By David Ciccarelli