Make your return to the office easier—get 25% off a WeWork All Access membership for the first 3 months. Terms apply. Learn More
MEMBER SPOTLIGHT
Anjie Zheng
September 25, 2020

The data scientist with a clear vision for clean water

Doll Avant was researching the water crisis in Flint, Michigan, in 2016, as CEO of Water Transit Solutions when her father was diagnosed with diabetes. A former NASA statistician and recording artist, her dad was an influential figure in Avant’s life—from him, she inherited her left-right brain merge, Avant, a data scientist and singer, says.

What especially troubled Avant was that neither her dad’s diet nor his lifestyle had changed before the diagnosis. But then she found a study that linked the level of arsenic in the local drinking water to a host of health complications. There wasn’t a clear link to her father’s sickness, but the discovery got her thinking.

“That’s when it became personal to me,” she said. “I wondered: How many people are exposed to chemicals because they’re in their water?”

Avant’s father passed away in June 2017 due to kidney complications. (Avant declined to state the name of the town where he lived so as not to denounce one municipality, but rather to draw attention to the pervasiveness of water quality issues. She discovered that there are over 3,000 locations in the U.S. with more lead in their water than in Flint.) Two weeks after her father’s funeral, she launched her company, Aquagenuity, to provide consumers with information on water quality across the country.

“After Flint, people were marching in the streets and treating it like a political problem,” Avant says. “But I’m a data scientist. I saw this as a data problem, as well as a problem of inequity and class. The people who needed information about what was in that water couldn’t get it.”

Hidden dangers in our pipes

While most drinking water in American is safe, some of the pipes that water travels through are not. Decades-old service lines that lack interior protective coating become old and corroded, and are the primary cause of lead and chemicals leaching into water. Lead, in particular, has loomed large in recent water crises in places like Flint, Newark, New Jersey, Pittsburgh, and Washington, D.C. Drinking water laced with lead, a neurotoxin, has been linked to health issues including brain and kidney damage, especially for young children and pregnant women.

Even beyond these geographical hot spots, corrosive pipes are a widespread problem. There are an estimated 6 million lead service lines bringing drinking water to Americans. Most were laid in the mid-1900s and have a lifespan of 75 to 100 years. Maintaining and expanding that infrastructure would require $1 trillion over the next 25 years, according to the American Water Works Association.

Since lead is flavorless and odorless, the only way to detect it in drinking water is by testing. Poor areas—primarily rural ones and communities of color—often lack the resources to do that, or to invest in updating old pipes. While the federal Lead and Copper Rule mandates municipalities to take action only when they detect 15 parts per billion of lead in samples of tap water, no level of lead in water is considered safe because lead builds up in the body over time.

For residents in many parts of the country, information on the quality of water that comes from their tap is incredibly difficult to find. Why? There are more than 50,000 local water utilities in the U.S.—each with their own reporting practices, says Alfredo Gómez, a director in the natural resources and environment team at the U.S. Government Accountability Office (GAO), a congressional oversight body.

“Across the country, you have small, medium, and big water utilities, all with different data and information—some of it is online, some of it is not, some of it is just in annual reports they send out once a year,” says Gómez.

There aren’t strong regulations to monitor old, potentially dangerous pipes, or report publicly on them. States don’t mandate that utilities report on lead service lines, and the Environmental Protection Agency (EPA) doesn’t require states to do so. As such, EPA data on lead service lines is woefully inadequate, found a 2017 GAO study. The GAO recommended that the EPA tighten requirements for states to report information about lead pipes—but as of September 2020, this recommendation has not been implemented.

What’s more, even if the water provided by your municipality is clean, it still has to travel from the town pipes to your home and into your faucet. Otherwise uncontaminated water might travel that “last mile” through pipes with high levels of chemicals, leading to contaminated drinking water out of the faucet, says Avant.

Avant calls Aquagenuity (“where water meets ingenuity”) a data company. The company’s goal is twofold: to collect water quality information so that consumers can easily learn what’s in their water, and to ultimately predict and prevent water-related crises.

The Aquagenuity team created a proprietary data engine that aggregates and analyzes all publicly available information on water quality from municipal and federal sources. They had to be creative in how they accessed the data—sometimes calling local switchboards and even filing requests under the Freedom of Information Act.

Avant invented a proprietary algorithm (the AquaScoreTM) that turns this hard-to-understand water quality data into a score from 0 to 100, similar to a credit score. This allows residents to see at-a-glance how their water compares with EPA limits and how it impacts their health. Avant’s hope is that the AquaScoreTM will become widely adopted so that more people can understand how their water is impacting their health before it turns into a public health crisis.

The company is also working to gather data from grassroots sources. Aquagenuity offers a testing kit that allows consumers to test their own water. Much like a DNA testing company, Aquagenuity collects this information in order to build maps of water quality in the neighborhood where the test is conducted. The company also provides some information on water quality by zip code for free via a web app and a mobile app, currently in beta.

Avant says her work is driven by knowing that, due to systemic inequities, we don’t all have the same access to basic resources. “Water affects all of us, but communities of color are negatively impacted disproportionately,” she says. Infrastructure in low-income Black and brown neighborhoods tends to fail at a higher rate for many reasons, including generally lower investment in those communities.

“Having a historical perspective on our place in American history informs the work that I do, trying to bring environmental justice,” she says. The Atlanta native studied Afro-American history with a focus on economics as an undergraduate at Harvard University.

Aquagenuity, which has a team of six working both out of WeWork 101 Marietta St NW in Atlanta and in Seattle, recently completed the Softbank Emerge accelerator program and was awarded a WeWork Black-owned business grant.

Avant credits the mentors she had growing up, including her father, for helping her navigate the inevitable challenges that come with being a young Black female entrepreneur in a space where few look like her. “I didn’t know that you were supposed to have limits on your thinking. So I didn’t,” she says.

Avant also sees her work as an extension of the activism taking place in the streets. “After the march is over, what’s left are the businesses that we build, the jobs that we create, the legacy that we leave,” she says.

“If I’m able to build this company, I can reinvest resources into disenfranchised communities,” says Avant. “If more people who look like me get access to resources, we’re going to solve problems that other people might not solve.”

FILED UNDER
IMPACT SMALL BUSINESSES BLACK-OWNED AND PROUD
Interested in workspace? Get in touch.
Was this article useful? 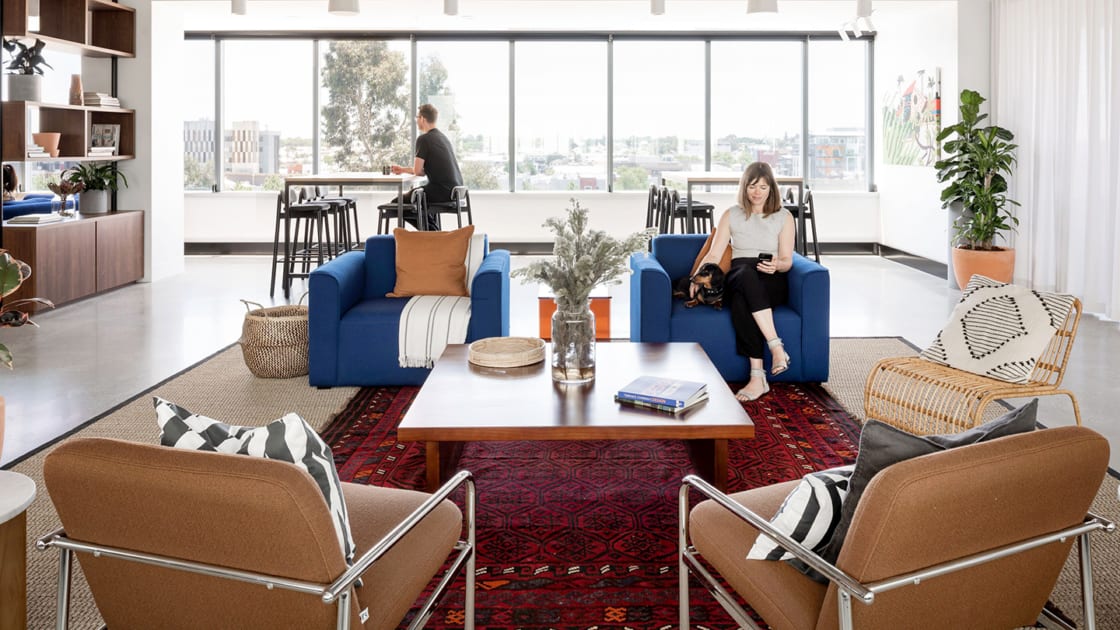 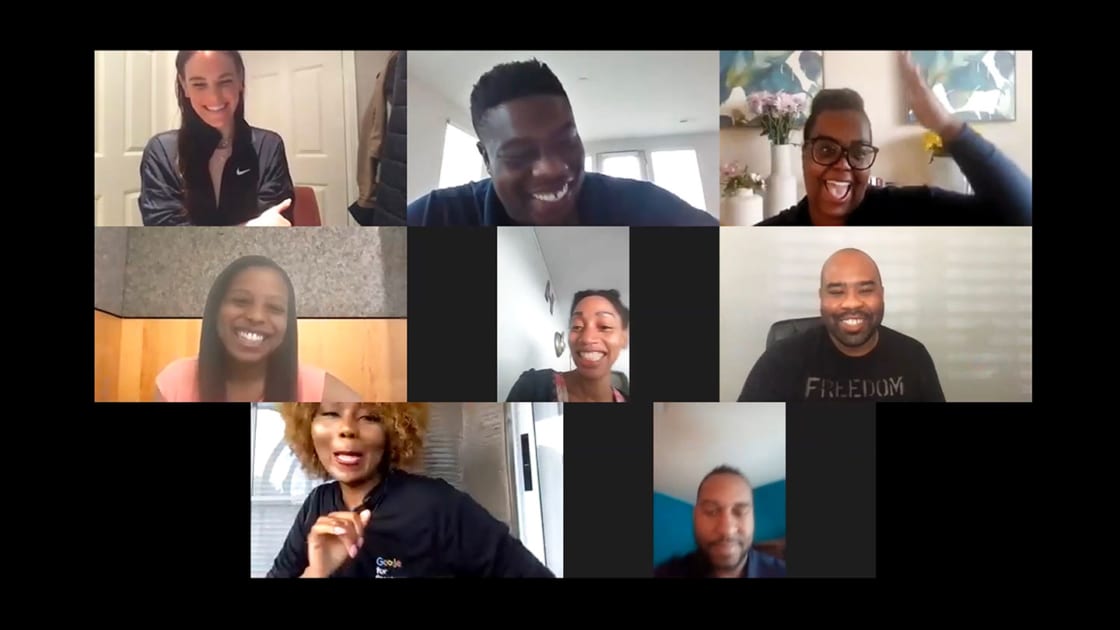