This Pride month, a landmark decision underscores the work these Black women have been doing all along

On June 15, 2020, the U.S. Supreme Court ruled that a civil rights law protects workers from discrimination based on their sexual orientation or transgender status, making it illegal to fire employees based on these identities. This was a major win, coming after many years of advocacy from the LGBTQ+ community and allies, and it’s a decision that will have a resounding impact on many.

While this progress is encouraging, it is also a reminder of the work that still needs to be done in order to protect the rights of the LGBTQ+ community. This Pride Month, we’re sharing the stories of two women who have been longtime advocates for the cause.

Paving a way for herself—and for her community

For Cee Smith, who has dedicated her life to building up the LGBTQ+ community, this Supreme Court decision felt extremely personal. When she was 19 years old, Smith held a management position at a company in the food and beverage industry. Her team was small and close-knit. After working at the company for some time, she decided to come out to them. The next day, she was fired.

“I felt lost and devalued,” says Smith. “I didn’t feel like there was anyone I could turn to who could rectify the situation.” Back then, she had no legal standing to challenge her firing, so she decided to take her career into her own hands.

The experience catapulted Smith, currently a member at WeWork 80 M St SE in Washington, D.C., into a life of entrepreneurship—one in which she would have control over her professional career and could be herself to the fullest. Today, Smith is a serial entrepreneur, angel investor, and LGBTQ+ advocate. She has launched a number of businesses, including Cee Smith Media Group and Rainbow Noise Entertainment, the first LGBTQ+ record label in the country, and has helped nine other LGBTQ+ founders start their own businesses.

Smith is happy to help others forge their own path, especially because she’s had to pave her own way ever since childhood. Growing up as a Black queer youth, she found that the mainstream media didn’t highlight many people she could identify with.

“How many people understand what it’s like not to see anyone who looks like you portrayed in a positive light?” Smith says. “We need to reflect the true voices of our community. Everyone deserves to see worth in themselves as they grow up.”

Seeing themselves in the public eye

Representation matters. For so long, people like Smith and Aria Sa’id, a transgender advocate and cofounder of the world’s first transgender district in San Francisco (appropriately titled The Transgender District), felt its absence.

“There is a formula for being successful [in life],” says Sa’id, who is based out of WeWork Golden Gate Theatre. “That includes boxes to check, like going to college, getting married, having kids, etc. I don’t fit that formula at all. I had to make it up as I went along,” she says.

When Black transgender folks have been represented in the past, the portrayals have often been inaccurate and inhumane, says Sa’id. “Some people think that [transgender people] fell out of the sky in 2007,” she jokes. Yet many Black queer and trans leaders have been at the forefront of the fight for the liberation of their own community. They are leaders whom most people don’t hear about in a typical history class.

Visual representations and cues acknowledge the work and stories of the trans community, says Sa’id. The Transgender District, located in San Francisco’s Tenderloin neighborhood, is adorned with trans Pride flags and murals and artwork by transgender and nonbinary artists.

“When we see the flags, the murals, the street names, we get to witness how much we’ve contributed to the rest of the world,” she says. “Everyone can see the fullness of our journeys and our stories.”

“This Pride season we’re going back to our roots,” Sa’id says. “We’re acknowledging that the liberation of LGBTQ+ people that started with Compton’s Cafeteria riot (1966) and Stonewall (1969) were led by Black trans women.”

It’s a long time coming, but finally, she feels that progress is being made. “People are finally listening and having very intentional conversations about us as a full-bodied people—not as a monolith of experience,” Sa’id says.

For Smith and Sa’id, part of being a community leader is elevating other underrepresented voices. “I never want to be the only one—the token,” Sa’id says. “I need to bring other Black queer and trans folks in and support them in their leadership.”

Part of Smith’s goal as an angel investor and entrepreneur is to build an LGBTQ+ economy—one that creates capital to support and reinvest in LGBTQ+ entrepreneurs. “It’s really powerful to enact the change that you want to see,” Smith says, not just for her own success, but for those who can become even more successful because those doors have been opened.

Having more advocates at the table is the best way to create change for underrepresented communities. “Our disparity does not shift, our culture does not shift toward acceptance unless we are at those tables, leading those conversations, creating those solutions, and addressing our disparities ourselves,” Sa’id says.

In other words, members of the transgender community know best how to fight back against the disparities they face. “We [as trans folks] get to educate the audience on how to advocate for us and how to treat us,” Sa’id says. “We have a way to build allyship and explain what we expect from our allies.”

The groundbreaking Supreme Court decision, community advocacy from people like Smith, and the visual representations that Sa’id and her team have fought for all help to validate LGBTQ+ progress.

“I get to really celebrate who I am. I get to be unapologetic and proud of the legacy that I inherit with my community,” Sa’id says. “All of the labor and the heart and resilience that we have as a community … it’s unmatched.”

Jenna Wilson is a senior associate on the social media team at WeWork and a writer for Ideas by WeWork. She writes about impact, sustainability, and WeWork’s employees around the world.

FILED UNDER
COMMUNITY IMPACT ENTREPRENEURS
Interested in workspace? Get in touch. 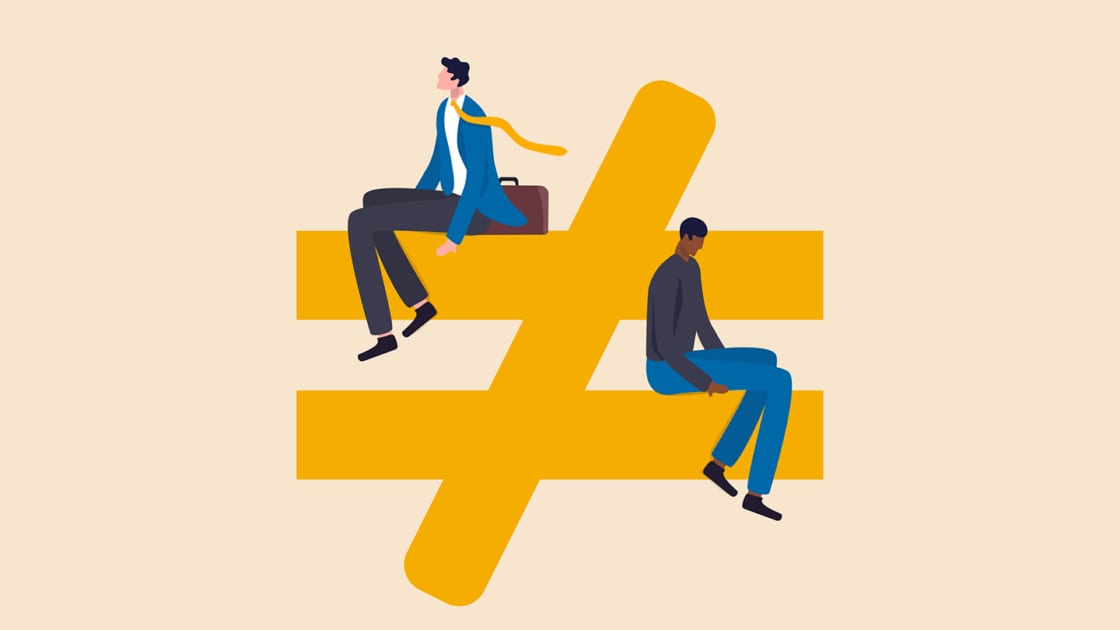 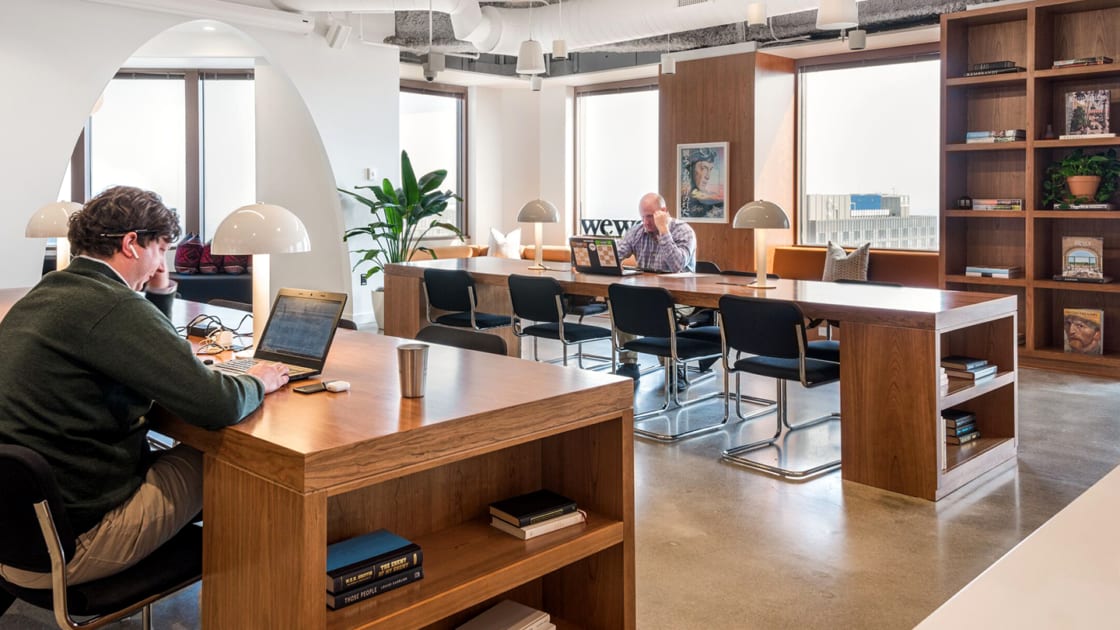 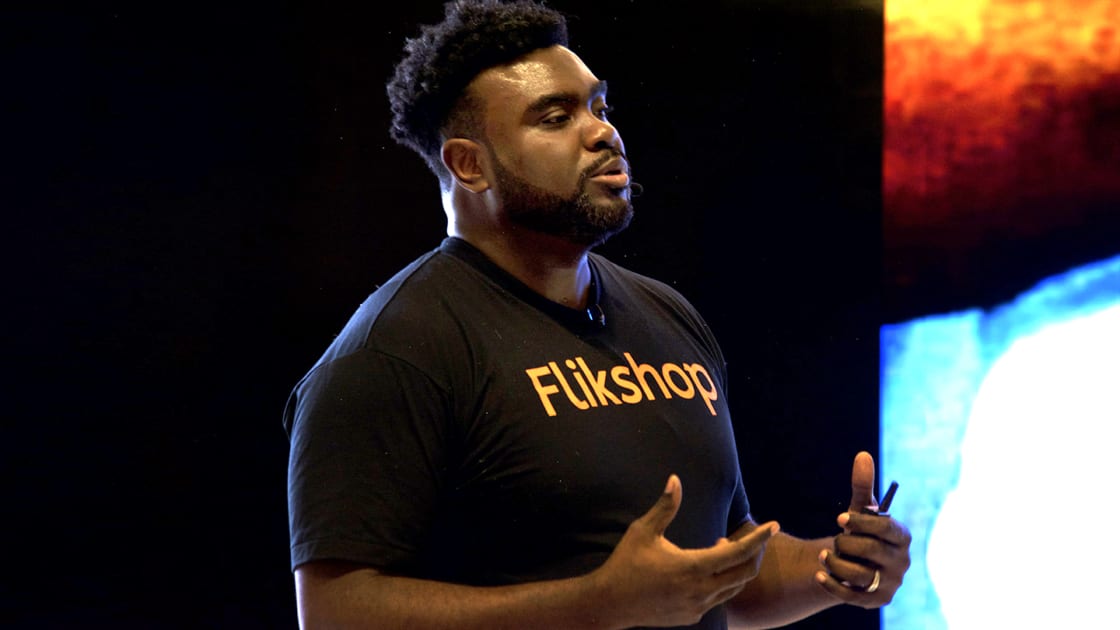