Residents of Perth, Australia, are returning to work under safe circumstances after six weeks of restrictions. Even though their lockdown period during the pandemic was shorter than in other parts of the world, many have felt the effects of working from home. Getting out of bed and jumping into meetings in the next room was one perk of working from home, but, for many, the novelty didn’t last.

“Pre-COVID-19, working from home was a choice. Throughout the growing pandemic and restrictions, working from home became a mandate, and cabin fever started creeping in,” says Fiona Nguyen, a member of WeWork William Square in Perth, in Western Australia. “I missed my office space, the separation of work life and home life, and more importantly, I missed the people.”

Residents of Western Australia are lucky to live a life that is almost back to pre-COVID-19 comforts. Roughly 80 percent of WeWork members in the state have returned to work, supported by the security measures that are in place in the buildings.

Since returning to work, Nguyen has moved into a larger office so she has sufficient space to host clients as well as her two British bulldogs, Murphy and Franklin. She started her intellectual property firm Girl Friday IP, in 2017, and is running it as a solo entrepreneur. Nguyen is one of many members who have adapted their offices and staff configurations to be more considerate of social distancing: She moved into a six-person office, took out four desks, and added a lounge so she can host meetings while being space-conscious.

“It’s almost as if I have created a WeWork within a WeWork. I am inspired by the distancing measures that [WeWork] has set up and is trying to achieve, and I have tried to implement that in my own work culture and office,” she says.

A recent study by WeWork and research firm brightspot strategy found that working from home can have negative effects on people’s ability to maintain social relationships and to have unplanned interactions. This is not only hard on people’s mental health but it can also have a negative impact on businesses. Small business owners rely heavily on social interactions to propel their companies. Since the restrictions eased in Perth, there have been numerous paid or unpaid collaborations between small business owners at WeWork William Square.

“When we need something to be done and need to outsource work, we tend to look at the community first,” Nguyen says. “I’m working with a number of different members at the moment. It doesn’t ever feel like pressure to use each other—it has happened organically. We share contacts and we also share knowledge. I honestly don’t think that I could ever set up office anywhere else after being here.”

Dean Mitchell, state manager of liquor wholesalers Southtrade International, moved his team into WeWork at the beginning of the pandemic from a more traditional office environment. Mitchell has a team of four who manage sales for the state. As two of his employees are on the road a lot managing their relationships with the State’s bottle shops, Mitchell has chosen to keep half his team working from the common area in their WeWork location to avoid crowding in the office.

“I consider our move into WeWork as one of Southtrade’s strengths. It’s a modern, safe, and positive environment,” says Mitchell. “The community managers are incredible at keeping the place clean. It’s always so neat and tidy here, and it’s incredibly consistent. The team is also great at making sure people act according to guidelines, which helps us feel extra secure when there are a lot of people in the building,” he says.

For Ian McLachlan, COVID-19 put an end to his frequent cross-country trips. He works at WeWork William Square, as his family is based in Perth, but he is general manager of Peritus Technology, a car park technology provider based on the other coast of Australia, in Melbourne. McLachlan used to spend half of his time on the East Coast. The pandemic put a stop to these trips, and with them, the connections and face-to-face interactions that he would get from spending time with his colleagues in Melbourne. Ian is a self-proclaimed social animal who loves being around other people at work.

“Being at WeWork provides that degree of separation between home and work. It provides a difference, having the basic social interactions—your ‘good mornings,’ check-ins, and chats by the coffee machine—and especially the Friday afternoon drinks,” says McLachlan. “I don’t know how well I would have coped if I didn’t have these. It’s made life a lot easier for me.”

McLachlan has a two-person office to himself, so maintaining social distancing has not been an issue for him. That said, he prefers working from the common area, where the social distancing and cleaning measures continue to impress him.

The community at William Square has been a strong one from the start. But going through the (in some cases) traumatic experience of being kept at home and isolated during a global crisis made the community even stronger and more close-knit.

“During the restriction period, we all checked in on one another and made sure everyone was keeping their spirits up,” says Nguyen. “We really have one another’s backs here, and now that we are on the other side of it, we are a stronger community for it.”

The sentiment that keeps coming back to the community teams echoes the report findings by WeWork and brightspot strategy—there is nothing quite like human interactions in well-designed spaces to inspire innovation, ideas, and community.

Anneli Jonsson is a community manager at the new WeWork William Square, where she leads a team of three to create a strong community with a complete focus on member experience. She has a background in sustainability research and hospitality management and has been in customer-facing jobs for the majority of her career. Jonsson has used this experience since joining WeWork in 2019.

FILED UNDER
COMMUNITY APAC SMALL BUSINESSES
Interested in workspace? Get in touch. 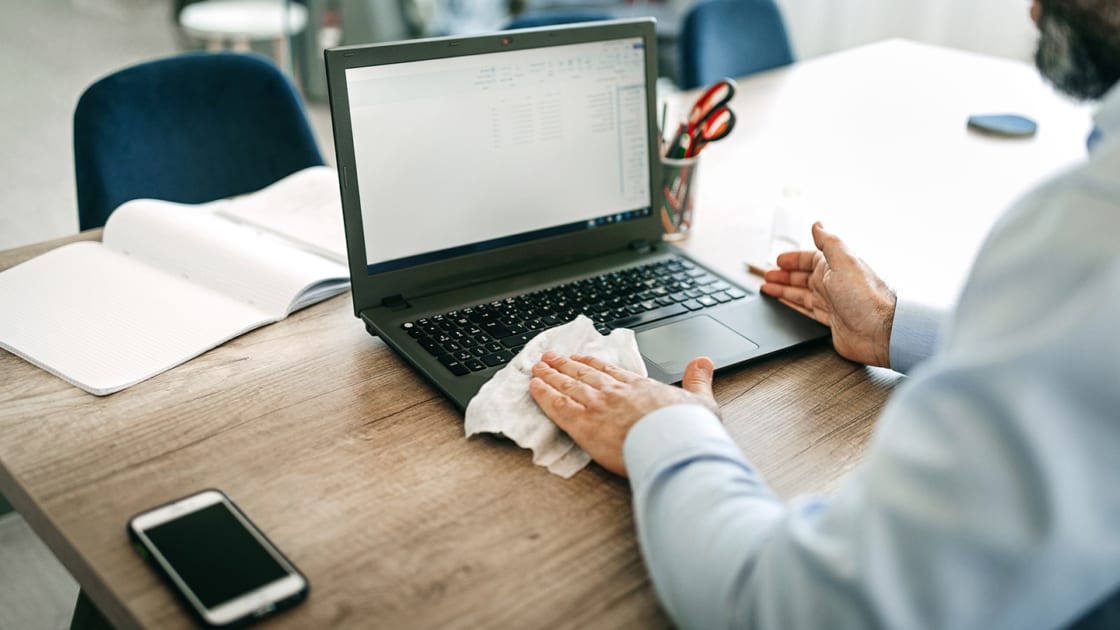 The best way to clean your office desk during the coronavirus

As we return to the office we left months ago, here are some helpful tips on cleaning those workstations