What you can learn from Minnesota’s headquarters economy

This Midwest state has developed a unique business ecosystem. Here’s what you can learn from it

Minnesota is home to 17 Fortune 500 companies, and Target, General Mills, and Best Buy are all headquartered in the state. Its headquarters economy is diverse, with enterprise companies representing a cross-section of industries including healthcare, retail, agriculture, manufacturing, financial services, medical devices, food production, bioscience, and energy.

“[The] healthy industry mix is part of the reason that for the last half-century-plus, we’ve been a very steady region in terms of our economic growth,” says Matt Lewis, vice president of strategic initiatives at Greater MSP, an economic development organization focused on job creation, business growth, and retaining and attracting talent to the Twin Cities of Minneapolis and St. Paul.

But Minnesota’s business giants aren’t just focused on their own bottom line—many are investing in smaller and midsize companies, too. They’re helping to fuel the state’s business growth by providing access to capital and mentorship, and by sharing their industry knowledge and connections.

In Minneapolis alone, there are 10 accelerators. A few notable ones: General Mills has its own venture capital arm, 301 INC; Target has an accelerator for retail startups; Cargill and Ecolab have partnered with TechStars to create a Farm to Fork Accelerator; Land O’Lakes has a dairy-focused accelerator; Allianz Life Ventures and Securian Financial recently partnered to form an insurance accelerator; TreeHouse Health, which has a partnership with Blue Cross Blue Shield of Minnesota and other enterprise companies in the area, functions as an accelerator, venture firm, and innovation center.

WeWork Labs, a global innovation platform for early-stage startups and corporations, has launched in Minneapolis to empower small and enterprise companies. The platform, which has over 57 spaces in 32 cities and 15 countries, offers local and global resources. These resources include a custom curriculum for each member company, the ability to connect with and learn from other businesses of all sizes through a global network, and various programming, mentorship, and networking tools. Recognizing the growing business needs of the state, WeWork has also opened three locations in Minneapolis, providing a home for over 400 companies.

Enterprise companies have good reason to invest in upstarts. Partnerships between big businesses and small ones can drive innovation that otherwise might happen more slowly in the large companies—think of it as the 21st-century version of R&D. And not only are the state’s big corporations investing in startups—venture firms are too. VC investment in Minnesota reached a record $786 million last year.

“The community in Minnesota as a whole is adamant about supporting success,” says Dan Bastian, cofounder of Minnesota-based popcorn disruptor Boomchickapop, which was sold to food giant ConAgra in 2017. “We love local companies, and everyone is willing to support [them], from retailers and suppliers to bigger companies that are willing to pitch in and give advice.”

The union between enterprise companies and growing startups in Minnesota not only drives innovation, but can serve as a model for how other states can strengthen and create a more diverse business ecosystem.

An environment for businesses to thrive

Minnesota’s “headquarters economy” emerged decades ago because of several factors, as University of Minnesota professor J. Myles Shaver outlines in his book of the same name. Postwar, people in the region were educated at very high rates, creating a highly skilled workforce and an explosion of managerial and executive talent. These workers moved from company to company within the area, and some went on to start their own businesses. These early companies, including Control Data Corporation and Medtronic, laid the groundwork for Minnesota’s thriving business environment.

Minnesota was one of the only states in the Midwest with a net-positive migration population last year, meaning more people moved to Minnesota than left.

Steve Grove, commissioner of the Minnesota Department of Employment and Economic Development (DEED)

Last year, DEED tracked 226 expansion projects and found that they created 8,800 new jobs and brought $2.4 billion in new investment to Minnesota—in large part thanks to these incentive programs.

And although Minnesota doesn’t have the most favorable tax climate for business—its corporate income tax rate is 9.8 percent, making it one of only six states that levy business taxes above 9 percent—Minnesota has launched tax incentive programs. In 2010, it enacted the angel tax credit to allow investors from inside and outside the state to invest in Minnesota startups. The result has been more than $421 million in private investment from angel investors, Grove says.

How enterprises and startups partner

As an example of how enterprise companies have stepped up, Cathy Connett, CEO and managing partner of Sofia Fund, points to the MN Cup, the largest statewide business plan competition, and the Itasca Project, which involves “a group of 50 CEOs of some of the largest companies in town and other nonprofits and organizations that have focused on a variety of issues that impact the competitiveness in the Greater Twin Cities area,” Connett says. The project led to the formation of Greater MSP.

Companies like General Mills are also doing their part. John Haugen, founder and managing director of 301 INC, the company’s venture arm, says 301 INC started as an internal innovation unit but evolved to focus on emerging companies.

“It just made sense to start looking externally and leverage the strengths—the passion, vision, and nimbleness—of entrepreneurs with the expertise and resources that we as a company could provide,” Haugen says. “What sets 301 INC apart from other VCs is that we have General Mills’ 150-plus years of expertise and leadership to help guide our entrepreneur partners in actual food issues and opportunities.”

Though 301 INC has yet to invest in any Minnesota-based companies, it does sponsor and participate in the MN Cup and Grow North’s Food Ag Ideas Week, which focuses on sustainable agriculture.

Atif Siddiqi, founder and CEO of the mobile technology company Branch, says accelerators can play a critical role in helping new companies thrive. He should know—Siddiqi was a member of the inaugural 2016 class for Target’s Techstars Accelerator.

After the three-month program, Siddiqi relocated his business from Los Angeles to Minneapolis and has scaled the company to more than 50 employees in the last three years.

“When we first moved up here—myself and three other engineers—we were working with companies like Target and other Fortune 1000 companies in the area,” Siddiqi explains. “So we thought, ‘Let’s see if we can grow our team here.’ What we found was, for a B2B software company, it was a really good place to be because there was a lot of good engineering talent who understood how to implement software in these large organizations.”

Ryan Weber of Great North Labs, a VC firm that focuses on Midwest companies, says early-stage companies in Minnesota really benefit from being part of an ecosystem anchored by enterprises.

“For some startups, they target large corporations as customers. Those that go through the accelerators often get pilots with the large corporations, although it isn’t guaranteed,” Weber says. “This is a big change from 10 years ago. The big companies understand that tech is causing accelerating changes and they need to better embrace a startup mindset. And part of the way they can do so is to provide support to early-stage companies in their region that could, down the road, be good acquisition targets or partners.”

Boomchickapop is a shining example of this. Cofounder Angie Bastian says several big companies supported her family’s business as it was growing: Target took a meeting with the company while it was still small, and several large, local grocery chains embraced the brand.

“One of the things I’m most proud of is the way we built the company,” Bastian says. “It felt like a community. People enjoy working together and helping each other. I think that’s also a reflection of how Minnesota works.”

Greater MSP’s Lewis says that what makes Minnesota such a great place to build a company is that it offers something hard to find on either coast—a thriving business ecosystem in a place that’s actually affordable.

“There are a lot of amazing economic hubs across the country and around the world, but most of them aren’t convenient places to live. There are a lot of other places where life is quite convenient and affordable, but those don’t tend to be places that grow globally leading companies,” Lewis says. “This is a community that’s figured out that healthy balance.”

Get in touch to learn more about WeWork workspace options for larger businesses.

FILED UNDER
REAL ESTATE NORTH AMERICA
Interested in workspace? Get in touch.
TRENDING NOW
01 Bridging the gap for students with disabilities 02 Signs that reinforce social distancing in the office 03 Getting work done when nothing’s business as usual 04 16 best coworking spaces in New York City 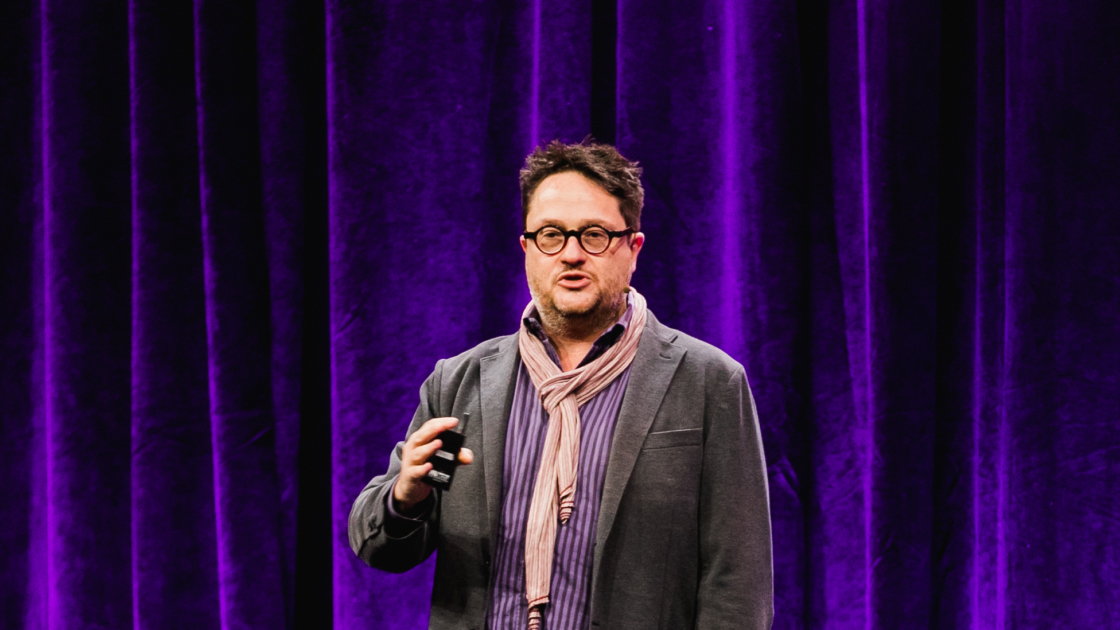 Tokyo is a lively, strategic locale to open an office headquarters, and these are the best neighborhoods to put down roots 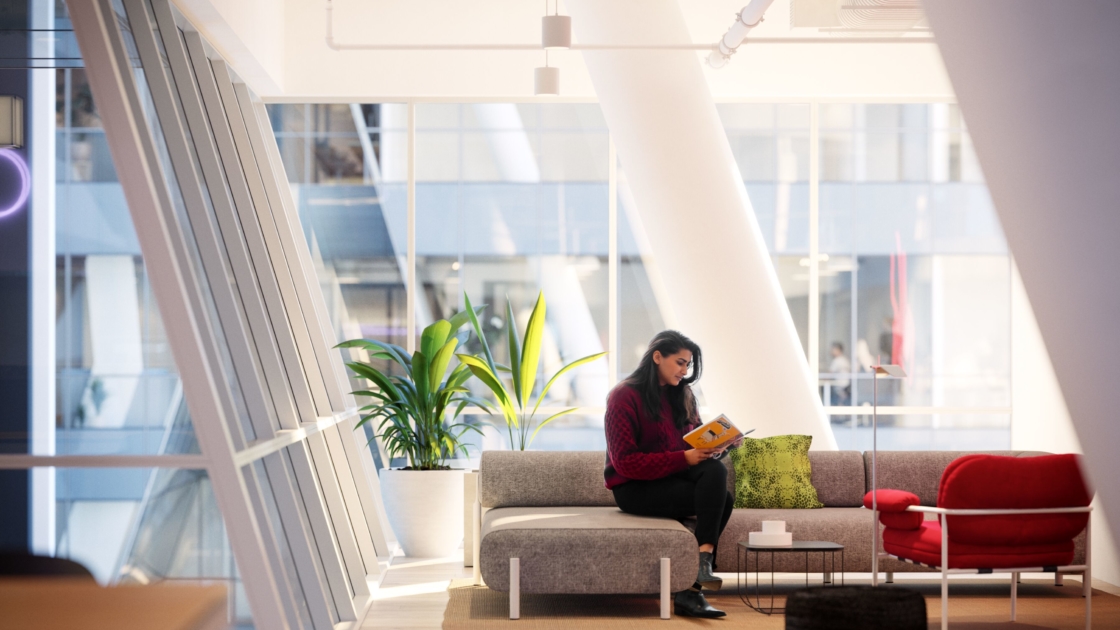 With Johannesburg rapidly growing its influence on the world stage, now is an ideal time to open a regional headquarters