Back when he helped organize festivals like Burning Man, Sebastian Jünemann says his team could “build a city somewhere in the middle of nowhere for 50,000 to 70,000 people.”

That experience led him and six other people to found Cadus, a nonprofit that constructs mobile hospitals in the world’s most extreme and difficult conditions, from the frontlines of war zones to the epicenters of natural disasters. Jünemann says he wanted to bring the spirit of those big communal gatherings into humanitarian aid.

Bringing access to medical care to people in need since 2014, Cadus impressed the judges at WeWork’s Creator Awards Berlin 2017, where the organization won $130,000. Early this year, it took home another $500,000 at the Creator Awards Global Finals in New York.

Jünemann returns to the Creator Awards Berlin this week to talk about the organization’s mission. “Our main project,” he explains, “is an emergency response unit that will bring medical and technical help to the people who need it most.”

Jünemann’s team of 10 full-time staffers adds as many as 40 volunteers depending on need, funding cycles, and the types of projects available. Jünemann, a member at Berlin’s WeWork Stresemannstrasse 123, says he’s “never felt such support.”

In the nonprofit’s dedicated workshop space in Berlin, Cadus builds everything a medical team might need in a crisis area. The focus is on keeping everything affordable and easily repairable. All their innovations are open-source, so they are available to other nonprofits doing similar work.

“Our aim is to develop a blueprint for mobile hospitals for small, medium, and large nonprofits in poor countries,” Jünemann says.

Treating ‘as many people as possible’

Shortly after the organization’s first mission—rushing to the scene after the Philippines was hit in 2013 by one of the strongest tropical cyclones ever recorded, Super Typhoon Yolanda—the Cadus team was asked to join a group of journalists covering a war zone in Syria. Since then, Cadus has deployed in places like Iraq and Yemen—precarious zones to which many aid organizations don’t travel. “We’ve become specialists in dirty situations,” Jünemann says.

Besides working with people whose lives have been torn apart by war, Cadus also focuses on the international refugee crisis. Their work has become more difficult as many European countries close their borders.

“A few years ago, most European states were more open than they are today,” Jünemann says. “There are a lot of efforts to close down the refugee routes, which forces the refugees to find alternatives, which are often more dangerous. That means we have to be much more mobile.”

A paramedic since 1997, Jünemann says that funding is hard to come by for a relief organization like Cadus. That’s why the continued support from WeWork has been so important.

“We equipped our emergency response unit with [the Creator Awards] money,” Jünemann says. “Before, we didn’t have any resources money-wise, so we had to ask for private donations or official funding before starting a new operation. Now, we’re ready to deploy immediately after we’ve identified a crisis.”

Cadus is currently at work in Syria and is soon starting a new project in Bosnia. It’s also implementing a new airdrop system to deliver payloads from small planes that will be deployed in Nepal before the end of the year.

“The problem after disasters is that there are not enough specialized pilots for longline operations,” Jünemann says. “With our system, it is possible to drop into these locations.”

When asked about his organization’s overarching goal, Jünemann has a simple response: to save lives.

“What we are doing is basic emergency response and basic life support,” he says. “We are going there when no one else is. If I had to name a goal, I’d say it is to treat as many people as possible.”

For luxury consultant and venture capitalist Marigay McKee, ’50 is the new 30′ 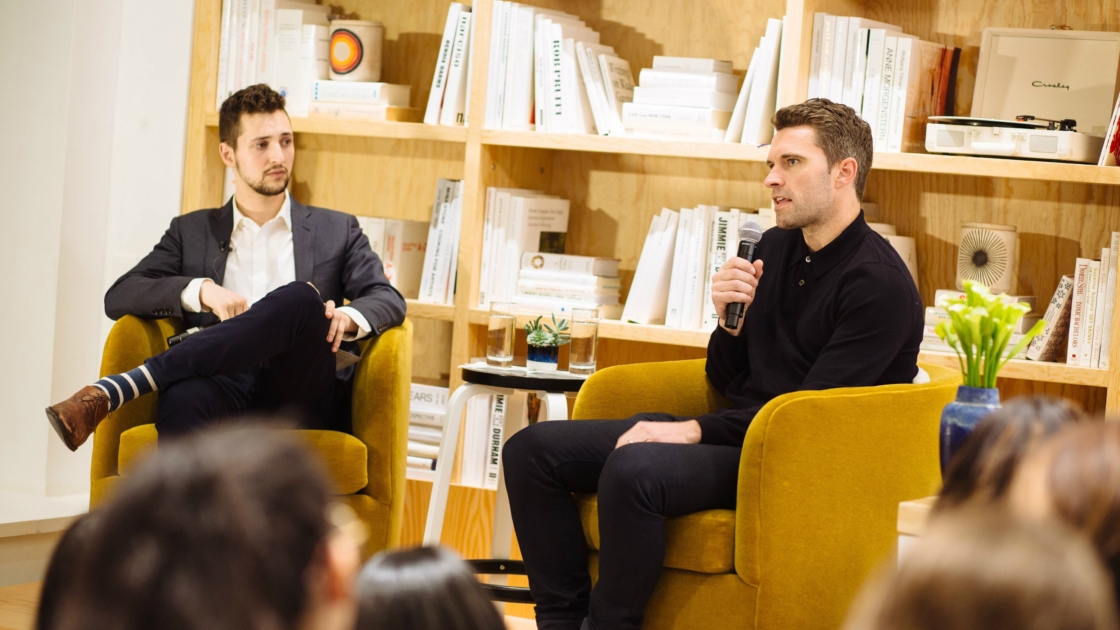 In building Allbirds, less has always been more