For luxury consultant and venture capitalist Marigay McKee, '50 is the new 30'

It’s not every day that the assistant who welcomes you to a meeting is furry and walks on all fours. But on the day I meet Marigay McKee inside her bustling WeWork space on Manhattan’s Park Avenue, McKee’s 4-year-old black border terrier named Sutter greets me just before her owner.

It’s a warm welcome, but I’m really here to catch up with McKee, whose two-decade-plus career as a corporate retail executive changed course in 2016 when she decided to launch her own luxury consultancy, MM Luxe Consulting, and later, venture-capital firm Fernbrook.

No stranger to the demands of a busy schedule, the British expat worked as the president of Saks Fifth Avenue for just over a year, leaving by 2015 due to cultural differences. Before that, she spent 15 years as chief merchant at iconic London department store Harrods. (Fun fact: During her time at Harrods, McKee makes a cameo on the U.K. version of The Apprentice—season one, episode four, should you be interested.) Those roles are part of the reason McKee welcomes the move away from 14-hour workdays to those perhaps slightly shorter, with more flexibility, and on this particular day, dog-friendly workspaces.

At first, MM Luxe brought her to “small-scale endeavors,” as McKee describes them, in the beauty and fashion retail worlds. Eventually, she landed larger, more lucrative accounts, like the $25 billion Hudson Yards redevelopment project, which includes commercial and residential properties.

It’s fitting that our conversation is taking place inside a glass conference room, acting as a sort of reverse fishbowl; we see other WeWork members jaunting from their offices to take phone meetings and coffee chats in the lively kitchen area. The commotion is just the kind of energy rush she lives for these days. (It also happens to be a place better suited to take meetings than her townhouse, where she started MM Luxe. In 2018 alone, MM Luxe met with 200 companies inside WeWork and invested in 11 of them.)

“I said to my team—they’re 25, 26, and 27, ‘Let’s go to this building on Fifth [Avenue,]’ which is tiny and very expensive, and they said, ‘Let’s go to WeWork,’” McKee remembers. By 2017, the MM Luxe team (and soon after, Fernbrook) would set up shop in there. “I love being able to work with young people, surrounded by young people, where someone will knock on the window and ask me to give them advice,” she says. “For me, 50 is the new 30. I lead a younger life now than I did 20 years ago.”

How so? For one thing, she’s spent the past six years adding to a list of athletic accomplishments that would make anyone feel lazy, including trekking through the Himalayas and climbing Mount Kilimanjaro and Everest. She’s an avid SoulCycler, has traded in her morning scones for organic granola, and insists that transcendental meditation is a requisite for her mental health.

She’s also a fan of any number of shorthand mnemonic devices and acronyms to help her keep track of to-do tasks and decide in whom and what she’d like to invest. There are the five “P’s” she manages at Fernbrook: “People, positioning, pricing, place, and of course, product.”

There are also the “E’s” and “S’s” of retail: “experience, environment, and emotion,” plus “selection, service, substance, special, and streamlined, together with a solid digital backdrop.” Finally, the five “H’s” of people in whom she decides to invest: “hard work, humility, honesty, and sense of humor. Oh, and humble, too.”

These are the kinds of principles McKee, who said she wanted to go into business for herself after spending decades serving the needs of billion-dollar companies in which she wasn’t figuratively invested, applies to her work today. Taking the plunge toward self-employment would be daunting for anyone, but McKee says she had three or four clients ready to work with MM Luxe before she even left Saks, making the transition from corporate to startup life frictionless.

After MM Luxe found its footing in early 2018, McKee decided her consulting work, generally limited to the retail world, also limited what she could have an impact on. McKee’s husband, an investment banker and lawyer, planted the seed. “‘Marigay, you’re generating cash and you’re doing well, but you’re not creating wealth,’” she remembers him saying. “I thought, he’s right. I need to do a fund where I can invest in all the young brands and young talent that can’t afford to have me as a consultant, but where I can be a free consultant to them if I invest in their brand.”

Although McKee has broadened her scope as a venture capitalist outside the retail world (Fernbrook invests in everything from vegan cafés to artificial intelligence), her retail consulting work allows her to keep her finger on the culture. McKee believes the traditional department store won’t totally die off, though it will need to be reinvented; and while retail will move primarily online, brands will need to exist in the physical world (see the three “E’s” for the reasons why). Concept stores that are “destinations” will flourish, she says, and stores that exude a private-club feel will be better off than those that don’t.

If MM Luxe is her firstborn, Fernbrook, she hopes, will solidify her legacy. McKee co-manages Fernbrook with Bill Detwiler, her partner, and the two are raising a round of seed funding to support their portfolio of a little over a dozen companies.

“I’m in the middle of raising a $50 million fund, and that just sounds so grownup to me,” McKee says. “I never even thought I was grown-up enough to go on a board,” noting that she serves on two in New York City: cultural center The Shed and the Lesbian, Gay, Bisexual & Transgender Community Center, commonly called The Center. “When they asked me, I thought, ‘Am I old enough to do this?’”

Age notwithstanding, McKee has not only reimagined where she sees herself going—with at least another 10 to 15 years building Fernbrook, she says—but how she plans on getting there.

“Gone are the days someone works in an office from 9 until 6 for 30 years, takes their two-week holiday every year, and goes to the same supermarket,” McKee says. “Variety is the spice of life, and life is getting more spicy.”

FILED UNDER
CAREER MEMBER SPOTLIGHT SMALL BUSINESSES
Interested in workspace? Get in touch.
TRENDING NOW
01 A catering platform connects restaurants with those in need 02 What’s the right way to give feedback over video chat? 03 How China’s return to work informs new workspaces 04 U.S. real estate in economic dips: looking back and forward 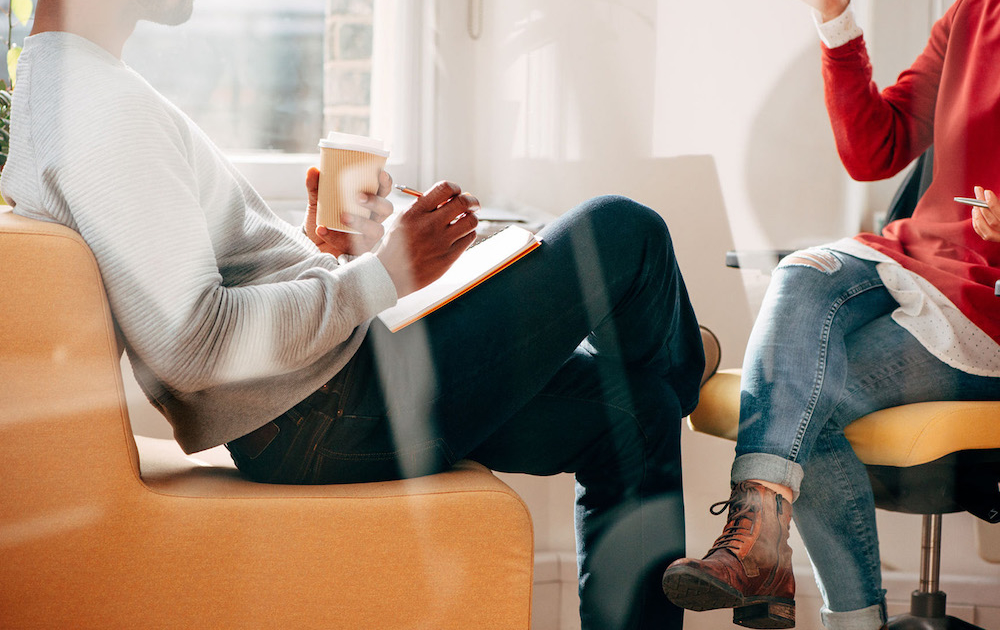 Six power moves every executive assistant knows how to make

These gatekeepers are heavily relied upon and work closely with top execs. This career is not for the faint of heart 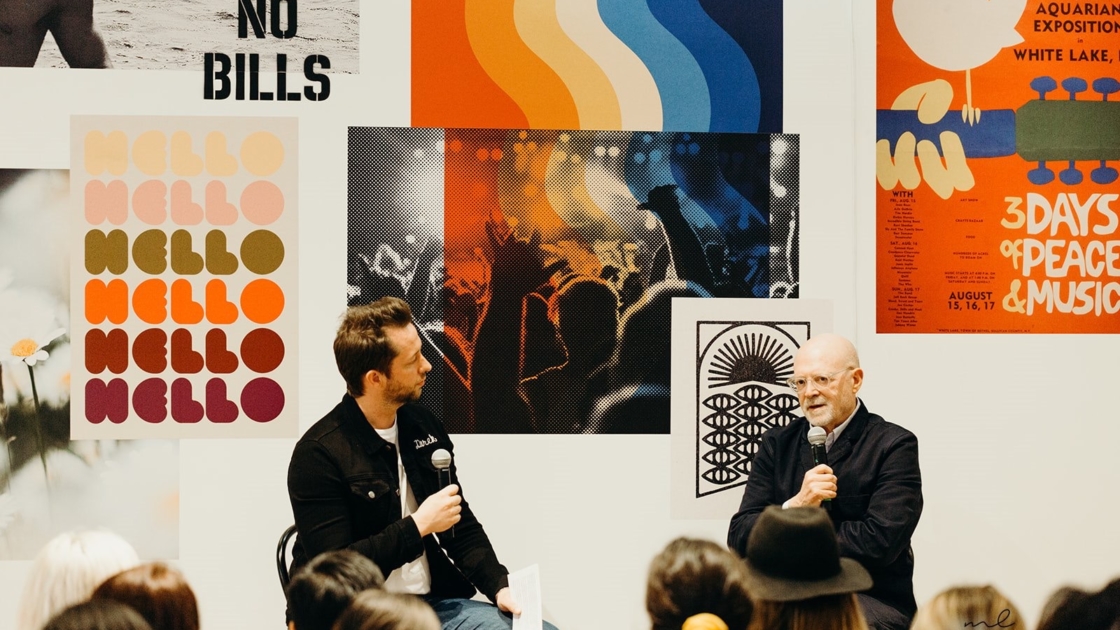 How to thrive in today’s retail environment, according to Mickey Drexler

Secrets of success from the former head honcho of J.Crew, Old Navy, and Gap