The secret to marketing that’s impossible to copy

As marketers, we’re always searching for a formula for how to be successful — but there’s no formula for this:

While watching Wistia’s recent dance video promoting a feedback survey, I realized that it wasn’t the production, the camera, or the lighting that made the video so compelling, or explained why I watched and shared it with friends. It was the personality of the company’s people shining through.

Wistia offers an incredibly comprehensive guide on how to make marketing videos for your company, but there’s one vital ingredient to successful marketing that can’t be taught in an instructional video.

A brief history of marketing

Psychologist George Silverman pioneered the notion of word-of-mouth marketing, back in the 1970s, long before Twitter and Facebook. At the time, he was conducting focus groups with physicians when he noticed a fascinating and powerful phenomenon.

“One or two physicians who were having good experiences with a drug would sway an entire group of skeptics,” Silverman observed. On the other hand, “a dissatisfied group of ex-prescribers who had negative experiences” with a drug could also persuade believers in the drug to stop prescribing it. 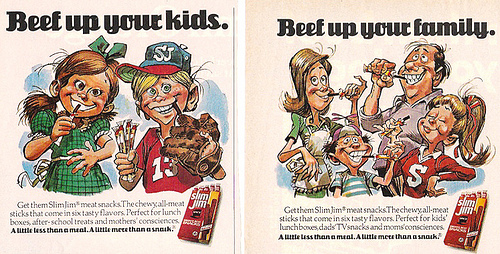 With the advent of the internet, and social media in particular, that all changed. Today, messages can spread incredibly quickly around the world, and you don’t have to spend a single penny. Now, the power is distributed among everyone — and the kicker is that people will spread your message for free.

But there’s one catch. You have to have a message worth spreading.

Invest in culture to tell a message worth sharing

Early on, Zappos was like any company that had a healthy advertising spend to get its message out. Then CEO Tony Hsieh had an interesting insight that led him to slash their advertising budget.

Hsieh noticed that the most powerful marketing messages came from positive customer experiences. Articles like this one, Check Out The Insane Lengths Zappos Customer Service Reps Will Go To, received tens of thousands of views and spread the brand of Zappos without having to spend a single cent.

“Let’s take most of the money we would’ve spent on paid advertising and paid marketing and instead of spending it on that invest it in the customer experience/customer service and then let our customers do the marketing for us through word of mouth,” Hsieh decided.

That worked because Zappos intensely invested in the value of customer service in their company culture. In fact, a core tenet of Zappos’s cultural values is to deliver WOW, a customer experience so over and beyond the norm that it makes you say, well, “WOW!” It’s that ingrained, infectious culture that drives outlier performance to the point that people feel compelled to spread the message about Zappos’s brand themselves. 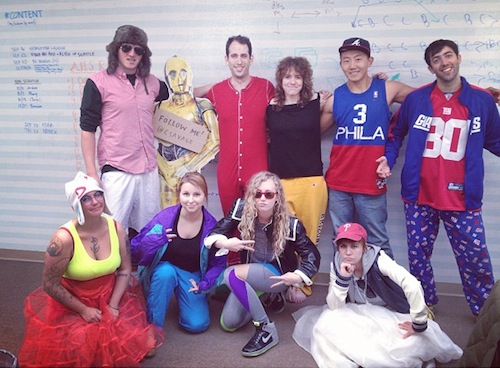 Like Zappos, it’s Wistia’s internal company values that drive its distinctive videos. Wistia co-founder and CEO Chris Savage described the way they do things as: “Go a little over the top, have a lot of fun with it, and express our own excitement.” That’s how you end up with a rap video for a new feature announcement instead of your typical email blast and a dance video asking you to fill out a boring old survey.

They invest in their unique company culture by spending a lot of time fostering it and thinking about the vocabulary they use to communicate internally. It’s not trivial or something that comes without deliberate effort — Savage told me it’s something that they’ve had to “fight for.”

To Savage, this extra effort is worth it. Their internal weirdness and distinctiveness, which radiates in their videos, becomes Wistia’s competitive advantage that drives their formula for making successful videos time and time again.

How to make culture your marketing advantage

The best thing about culture is that it can’t be replicated by copycats. Culture works when it’s authentic, and that which is authentic is highly personal.

Here are some concrete tips on how you can cultivate your company’s distinct and authentic culture.

A distinctive, authentic company culture becomes an integral part of its brand. It can be a critical ingredient to your message and story that not only drives that powerful modern-day word of mouth — it provides internal cohesion. And without some contemplation and communication in your company about how to cultivate an actual culture, drawn from the people and their sense of purpose and values, you won’t get to a message worth spreading.

Editor’s note: This story was written by Walter Chen and originally appeared here.

Interested in workspace? Get in touch.
TRENDING NOW
01 Alternatives to working from home or the local coffee shop 02 How to offer employees healthcare benefits 03 Employee benefits requirements as a small business owner 04 A consultancy with a creative way to collaborate in person