How to undermine an underminer, and other toxic workplace behavior

My company offers an unlimited vacation policy, but the thing is, no one ever seems to take vacation. Instead, pretty much everyone at the company—from the top down—talks about how we work all the time like it’s a badge of honor. If someone does take off work, eyes are rolled and jokes are made. But I really, really need a day off. Maybe longer. How do I approach this, given the company culture?

In this situation it appears that your coworkers, at the behest of the overall organization, have sipped from the company Kool-Aid a bit too heavily. I’m not blaming any of you. This problem is, unfortunately, rampant in the United States. As Quartz recently reported, America is the only wealthy country that does not require private employers to offer vacation time to its employees. (In the UK, people get 28 days a year—and that’s before holidays.) It gets worse. According to a 2017 Glassdoor survey, the average U.S. employee takes only about half their eligible vacation time, and 66 percent of Americans end up working while on vacation. Unlimited PTO policies—which, on first blush, seem like a great perk—can actually exacerbate this problem: When employees realize that no one really expects them to use those days, they end up taking even fewer days than they would be allotted in a normal policy. Then, when you decide to leave the company, they don’t have to pay out any unused vacation days.

The fact is: Workaholism is a very real mental-health problem, and it’s one that your company appears to be promoting through its culture. So, while I don’t want to just throw around the word toxic, I fear your company culture may be a tad toxic. You’re all gaslighting one another in some misguided effort to get to the top, to avoid shame, to appear superhuman. But what’s the top? Working 365 days a year without a break? That would be a shame.

There’s endless research indicating that taking time off from work is good and necessary and wise. It helps with stress reduction and heart disease prevention, makes us more productive on the job, and helps us sleep better, too. It keeps people at their companies longer, and motivates them to do better work. Everyone needs days off—many of them, in fact.

I think you have two solutions, one in the short term, and one in the long. First: Plan a vacation. Take at least a week. You’ve earned it! Talk to your immediate manager(s) about it, get the approval(s) you need, and go. Shift your mindset toward not caring what other people think (try it—it’s magic). Who cares what snarky comments might flow free in the break room while you’re gone? You’re the one going to Tahiti, or Japan, or your mom’s pool in Florida, and I really want you to enjoy it. Stop thinking about work. Think about you. When you get back, brush off any rude comments and simply say, “Yeah, my vacation was awesome, thanks for asking. You know, you really should take one soon! Hey, check out this picture of my overwater bungalow…”

In the longer term, if this persists, and if you get pushback from managers for actually taking PTO, it’s time to seriously consider whether this is the healthiest place for you (or anyone) to work.

Did I mention taking vacation might also help you live longer? You gotta take care of you.

My coworker is an underminer. She’s always very casually putting me down in front of other people (including our manager) or criticizing my work (like saying, “Oh, we better double-check this,” whenever I do something). If she’s called out, she generally acts like it’s a big joke, or makes fun of me for being “so sensitive.” What can I do to stop this?

When faced with an underminer, or someone who throws out rude comments like it’s nothing, I am a big fan of politely but directly saying how you feel. Part of the power of the bully is making you feel ashamed and that you have no right to retort, so we are forced to hold in our feelings—and our completely sane arguments to the contrary. But you are entitled to feel the way you do, and you should say something in your own defense—and do it in front of the people who matter, i.e., your manager, so that they don’t simply accept what your coworker is saying to be true. I’ve learned that if you don’t actually let out a slew of curse words or threats or start throwing K-cup coffee pods, if you say the things you mean in a calm, collected way, you can say just about anything (within reason—always within a certain amount of reason).

It might help to practice in advance, preparing comebacks for her most likely criticisms. When she casually puts you down—“Jen is terrible at math! Isn’t that so cute? What a total English major,” say something pointed and maybe a little bit funny: “My degree from MIT/AP calculus credits would beg to differ, but I’m always glad you’ve got my back, Cruella.” (Don’t call her Cruella.) Or “Good thing I write words for a living and know how to use an Excel spreadsheet!” Whatever you say, do defend yourself (calmly, again, do it calmly, as if you’re pointing out simple fact). Turn the conversation around on her, and use it to show how much she’s wrong about you—or maybe how she’s right, but not the way she intends it. When she says, “Oh, Jen is so sensitive, ha ha ha,” you might retort, “Yes, I do tend to care about things that are important to me, and this job is very important to me.”

She’s trying to ruffle you. Ruffle her back with your unrufflability as you call her out on what she’s doing.

Remind yourself that you don’t actually have to feel hurt by her words. And pay attention in the office: Are you the only person who this coworker undermines, or does she cut a wide swath? This sort of behavior tends to affect everyone. If you find others are dealing with this as well, talk to them about it! You all can form a united front in correcting her when she criticizes any of you, and speak up to defend one another against her underminery. Sooner or later, your managers will get the drift. Maybe they already have.

As a final measure, keep track of the infractions: Write them down, and be prepared, as they pile up, to talk to your manager about what’s been happening. She’s a bully, and I bet you’ll find you’ve got more than just your words on your side.

Asking for a (slightly smelly) friend: If you leave the office during lunchtime to hit the gym, is it required that you shower before returning?

I am sure that there are some people who would give you an unequivocal yes here. I am not one of them. Look, there’s a difference between going to a gentle yoga class and running a marathon. If you’re getting sweatier than you can remedy with a damp, soapy cloth and some deodorant, yeah, you should shower. If you notice that when you return to the office people tend to avoid sharing airspace with you, yeah, you should shower. But if you’ve just foam-rolled for 45 minutes, slipped back into your office clothes, and headed back to work because you’re tight for time, you’re probably fine.

This question is equal parts about the exerciser and those in the office, however. Doesn’t it just feel better to shower after a workout? I think so. Then again, most of the time, I work from home and sit in my own exercise stew for hours on end. The dogs never complain, but when I do shower, I feel really good about it.

FILED UNDER
CULTURE MANAGEMENT WORK FLOW
Interested in workspace? Get in touch.
TRENDING NOW
01 Driving the future of work: Synergies in the new normal 02 Benefits of in-person meetings and how to still have them 03 Five best coworking spaces in Miami 04 Why Miami is the nation’s commercial office gateway to Latin America 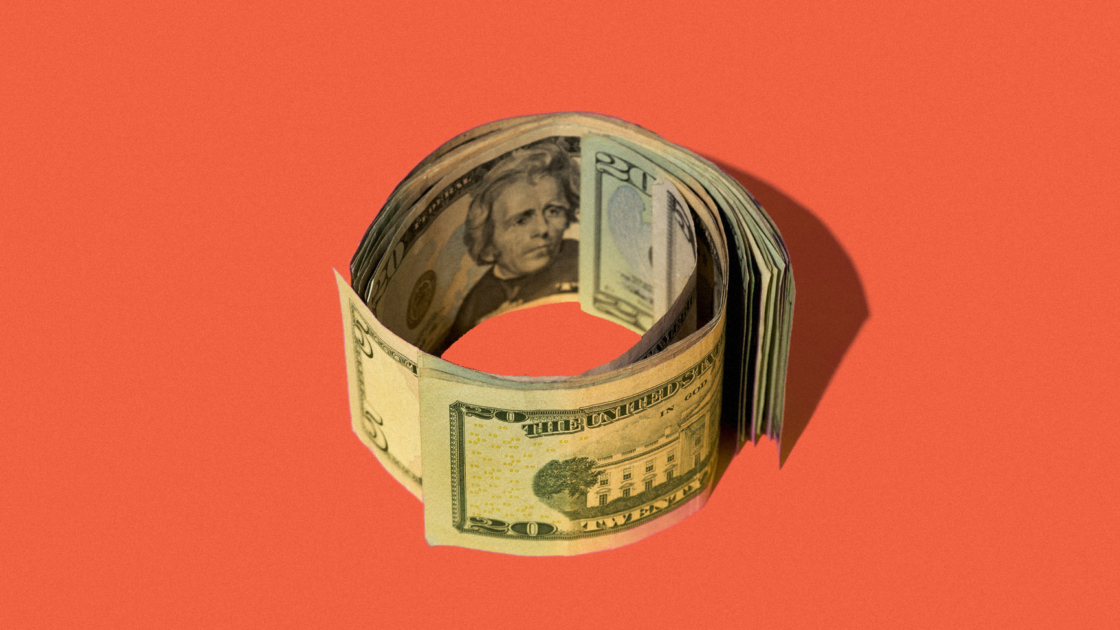 Experts share how to use cold, hard facts about your work and industry to get the pay bump you’re after 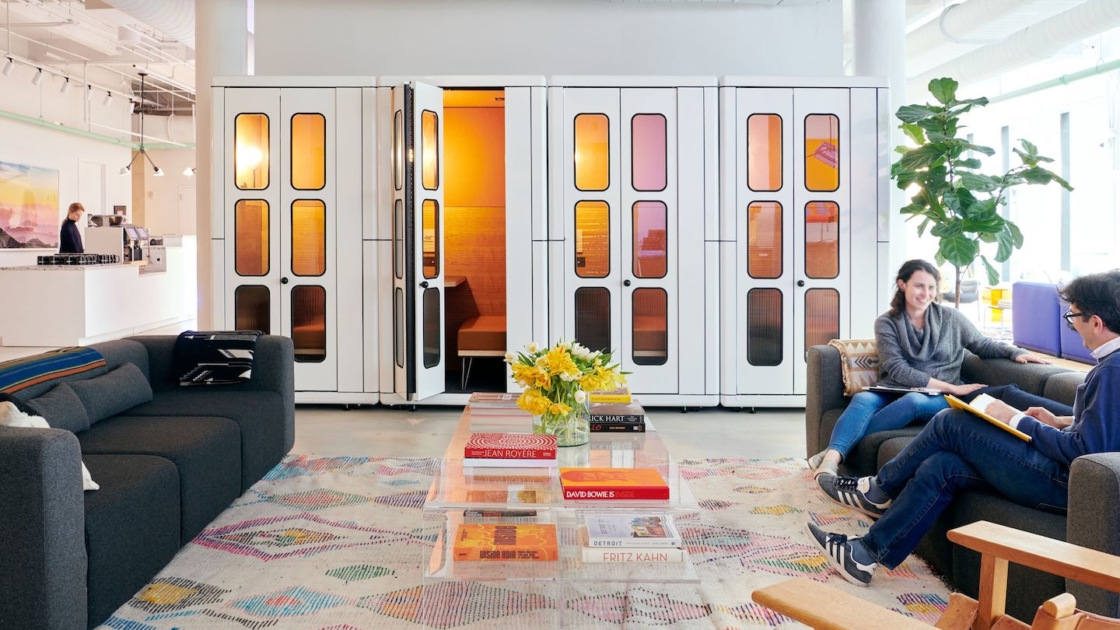 Here’s why trust is key when embracing a flexible workplace

Employees perform at their best when companies empower them to work when, where, and how they want to 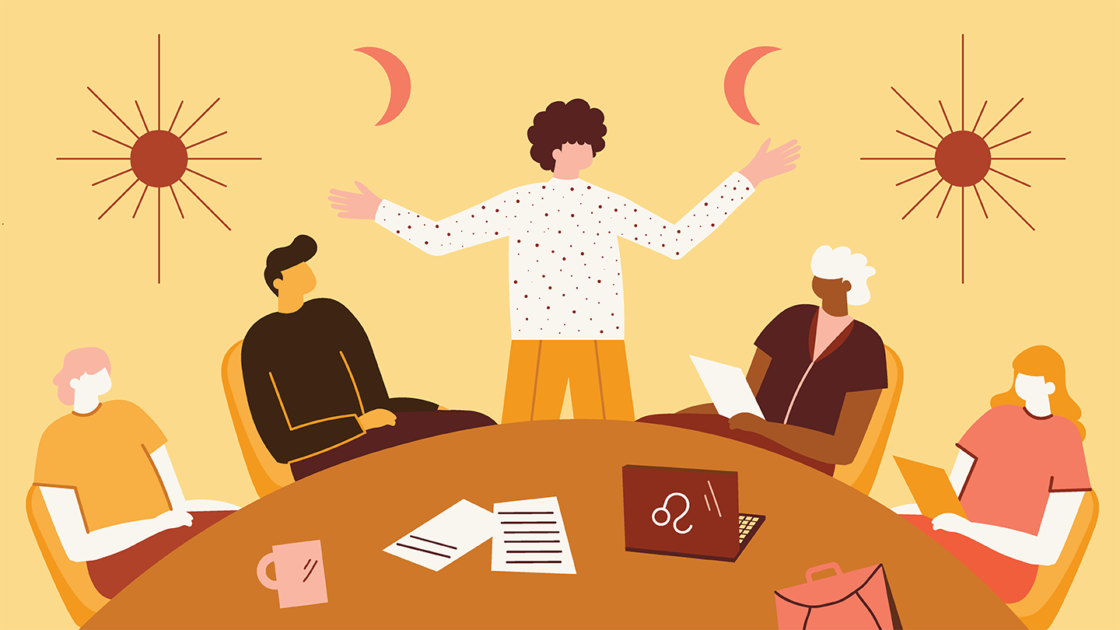