What I learned pitching my startup on ‘Shark Tank’

When I got word that the world would finally see my episode of ABC’s hit television show Shark Tank, I felt relief and terror, in that order.

The message came seven months after I had filmed an episode for season six of ABC’s hit television show. The airdate, they told me, was less than three weeks away.

I felt relief because it was the end of an almost yearlong waiting game since the producers had first invited me to appear on the show to talk about my company called Zinepak. The terror followed because I suddenly realized that I had absolutely no idea what my business—or my life—would be like in the coming weeks.

Moments after receiving the email from the Shark Tank staff, I shared my feelings of excitement and uncertainty with my friend Colin McGuire. After offering his congratulations, he said something that resonated with me: “Don’t be afraid to ask for help over the next few weeks,” he said. “Entrepreneurship is a team sport. There are lots of people who want you to succeed and will be happy to help if you ask them.”

His words stuck in my mind like the hook of a popular song. The more I thought about them, the more they rang true. Every entrepreneur is, at least in part, a product of the support system he or she has built. The appearance of my company, ZinePak, on Shark Tank was the culmination of my years spent building a business. But how many untold thousands of people helped shape the journey along the way?

From my professors at the University of Central Arkansas who served as a sounding board when I had the idea for ZinePak to family members and industry professionals who offered feedback on early iterations of my product, it was easy to pinpoint the handful of people who had major contributions. But countless others helped in myriad ways, large and small, often without even knowing: authors whose books I read, conference speakers who offered inspiring words, fellow entrepreneurs who suggested certain systems or processes.

The days leading up to the Shark Tank episode were a bit of a blur. True to my friend’s mantra, I asked for a lot of help. I worked nearly around-the-clock with one company to help launch a new website and with another to make sure it wouldn’t crash when potentially hundreds of thousands of people logged on during the episode. I reached out to at least a dozen reporters, asking them to help me spread the news.

In true “team sport” fashion, all of our partners went above and beyond. WeWork and TriNet even partnered to help organize a viewing party for 150 of our friends, family members, and clients in New York City.

Appearing on Shark Tank was an exhilarating, although somewhat intimidating, experience. In addition to being grilled by five savvy professionals who’ve questioned hundreds of entrepreneurs in this fashion, there was the constant thought that this show would be airing on national TV in front of 8 million people. I’d have no control over what material would be used or how it would be edited. 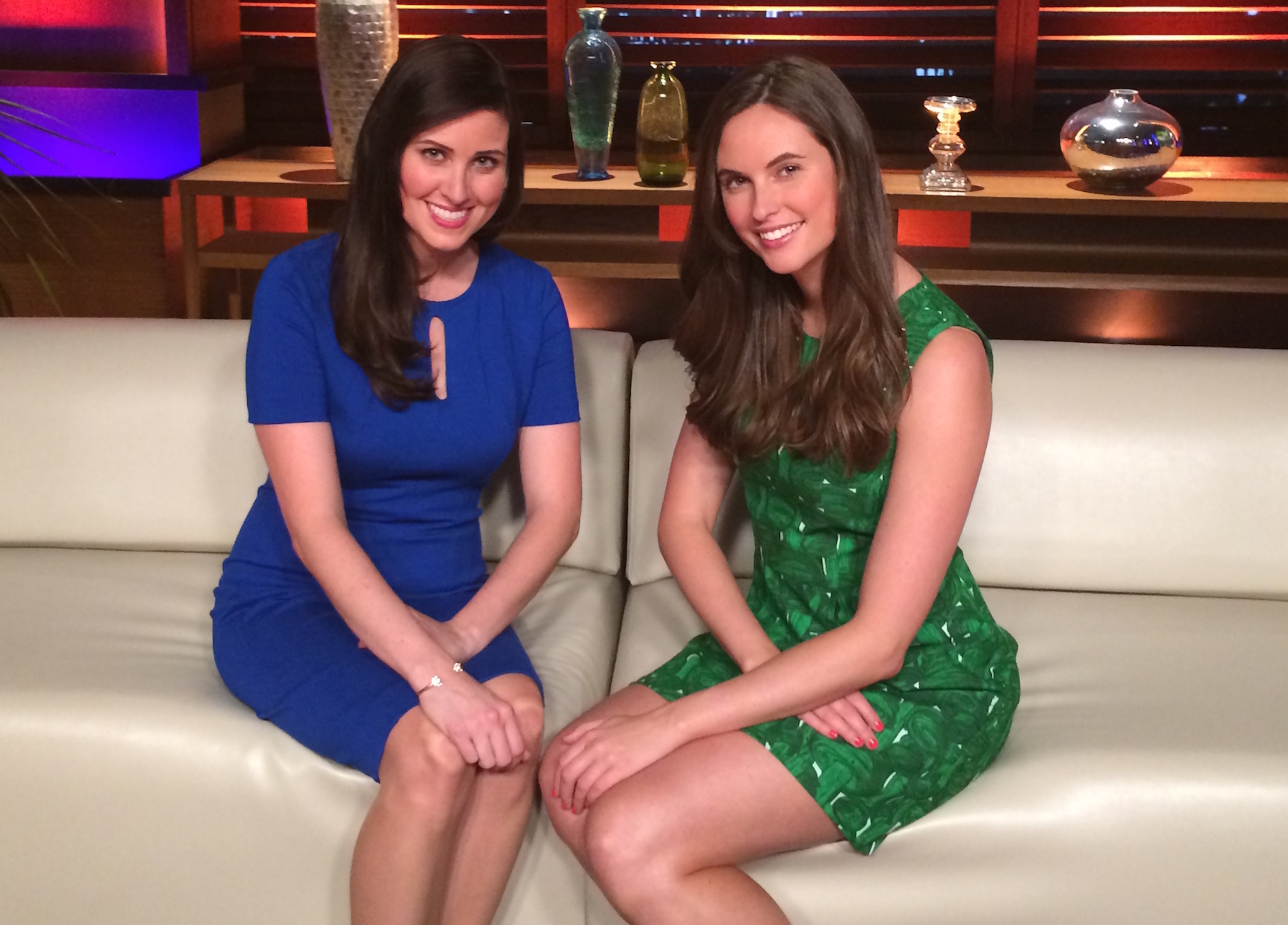 The months between the filming and the airing were even more nerve-racking because of all the anticipation that built up. We were the 26th episode of the season, meaning we had watched, analyzed, and second-guessed the pitches of at least 100 other entrepreneurs while waiting for our own.

In the end, my co-founder and I were both very pleased with the final cut of the episode. Not only was it representative of the hour-long negotiation with the Sharks, but it also painted our company in a positive light. Our prep work proved sufficient (our website didn’t crash, we didn’t run out of stock of our major products at retail), and we spent the night celebrating with everyone who had helped us get to this point in our business. They were the “team” in this crazy “team sport.”

Had I taken time before filming Shark Tank to think about all the people I was representing, I would have been infinitely more nervous. The outpouring of love and support after our episode aired has been incredible: literally hundreds of people, ranging from childhood summer-camp counselors to grad-school professors to casual acquaintances from fellow members at my WeWork Empire State workspace have taken the time to congratulate me.

My number-one takeaway from appearing on the show is the overwhelming support—and power—that I have in my corner. All of the people who were excited by our appearance were excited because they believe in us. They want the people to succeed as much or more as they want the company to succeed. Although I’ve always known lots of people were rooting for ZinePak, it was wonderful to have such a powerful reminder.

As an entrepreneur, it’s easy to feel the weight and pressures of what’s happening in your business and forget to ask for help. We’re problem-solvers. We like to fix things. And we like to do it by ourselves. I know I’ve made these mistakes, and I’m willing to wager lots of other startup founders have, too.

But in the future I’m going to be much quicker about asking for help, whether I need advice, an introduction, or just moral support. National TV or not, a helping hand is much closer than you may realize. After all, entrepreneurship is a team sport—and this entrepreneur is in it to win it.

Interested in workspace? Get in touch.
TRENDING NOW
01 Spectacular views and a welcoming vibe in Salt Lake City 02 What’s driving the great resignation? 03 14 best coworking spaces in London 04 Breaking free from the monotony of working from home