These five sci-fi characters will make you a better leader

One of the main joys of science fiction is how it can give a fresh set of eyes to the regular day-to-day. By placing its protagonists in bizarre situations, readers recognize their own lives, with a twist. But strong sci-fi characters don’t just provide a more entertaining version of reality. They actually help us recognize how much better our lives could become.

Below are five characters that offer unique leadership lessons to readers, whether it’s due to their decisiveness, focus, and ability to adapt, or how they interact with others and refuse to be part of a system that isn’t evolving and benefiting everybody.

It’s no wonder that Ender’s Game is one of the few works of fiction on the U.S. Marine Corps’ required reading list. Ender Wiggin, the central character in the classic Ender’s Game, was born into a world at war with an alien race—one in desperate need of new leadership. On his first day of school, Ender is teased and bullied for being a forbidden third child. He chooses to not just defend himself, but to brutally assault the leader of the bullies. Ender both protects himself, and makes himself known to outside forces. 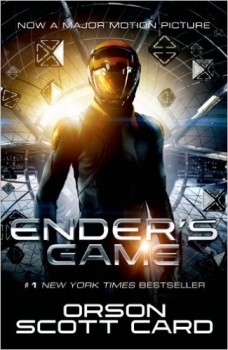 Ender eventually gets into the prestigious Battle School, a training facility for the war with the aliens. The key element of Battle School is the Battle Room: a war games simulation where all students practice. The rules are simple: get five players to the other side. While other teams become obsessed with fighting and winning the battle, Ender sneaks five players across. Ender Wiggin is one of the best examples of clear-headed leadership literature has to offer.

Lesson learned: Never take your eyes off the stated goal.

On the opposite side of the spectrum you have a character like John “Control” Rodriguez from Authority, part of Jeff VanderMeer’s Southern Reach Trilogy. You couldn’t find a leader more different than Ender if you tried: middle-aged and on his last legs, Control is brought in to run a secret government agency investigating a geographic anomaly known as Area X. At the same time, the drama of his predecessor lingers—she is presumed dead, but some within the department believe her to still be alive. Those who believe in her constantly work to undermine him in departmental meetings, and it becomes clear that the geographic anomaly is changing in ways that nobody could expect. 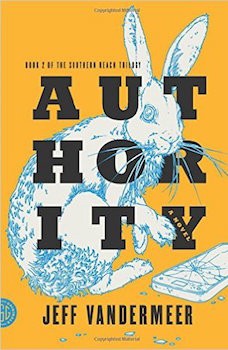 How do you manage when tensions that supersede threaten to drag you down? You focus on basics. Control can’t determine the fate of his predecessor, so he focuses on getting the paperwork right. He starts to gravitate towards organizing his predecessor’s various messes, gets departments talking to each other again, and starts to work towards making the department go organic on cleaning supplies. When your vision for managerial success is being mired in corporate drama, it can be best to focus on the details that are so boring, no one else is even looking at them. Once you’ve got those under your thumb, you’ll have much stronger leverage next time.

Lesson learned: In the midst of chaos, focus on the details.

Both Control and Ender have some context for their situations: they’ve lived with them for a little while, or at least heard rumors. Lilith Iyapo, the main character in Octavia Butler’s Dawn, isn’t so lucky. She awakens to that she is one of the last survivors of humanity, the rest killed off in a nuclear war. Who is telling her this? The Oankali, an alien race that has been preserving her and the others, waiting for the right moment to awaken them. They have startling news for her: the plan for survival is to breed humans with the Oankali, and it is her job to prepare the rest of the humans for the endeavor. 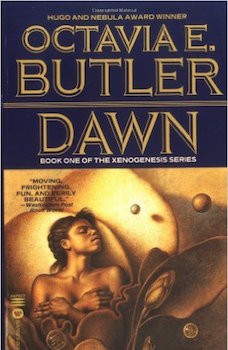 What separates Lilith from her fellow survivors is that she truly embodies the term “survivor.” It is revealed that before being awakened, Lilith had cancer, passed on from her mother. The Oankali are particularly interested in the genetic conditions that cause human cancer, since their lifeblood comes from trading genes with other races. What she considered her worst trait is suddenly flipped on its head. What has widely been viewed as a weakness is actually a source of power. Lilith is able to use this knowledge as a source of strength from which her leadership emanates.

Lesson learned: When survival is the goal, learn to be flexible.

4. Renly Baratheon, A Song of Ice and Fire

The events within A Song of Ice and Fire, which Game of Thrones is based on, are set in place by a crisis of leadership. To simplify things: a once unifying dynasty has been overthrown, and in the chaos of political alliances that follows, the next king is killed. With the throne up for grabs, five competitors step up for the position. One fights for independence from the rest of the kingdom, while most of the others base their claim on some sort of lineage and birthright. Renly Baratheon is different, and his style of leadership is one of the few worth following in George R.R. Martin’s entire series. 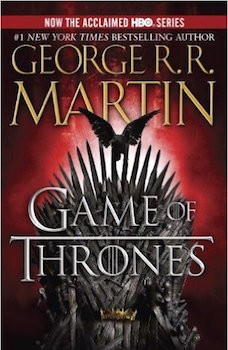 Renly has familial ties to the throne: his older brother Robert was the usurper overthrowing the old dynasty in the first place. However, Renly is the youngest of three brothers. He also sits behind the middle brother, Stannis. While a brilliant military tactician, Stannis is a cold, ruthless man with little time for politics or alliances. He sees only strength and power, good and evil. And in his brother’s black-and-white vision, Renly sees opportunity.

Birthright is a very big deal in the world of A Song of Ice and Fire. It’s almost impossible for someone to legitimately challenge a claim made through it. Renly is able to do this by pointing out to many, many people that strength alone does not define a king; alliances are just as valuable. By knowing that leaders don’t work in isolation, Renly makes as strong a case for being king as anyone.

Lesson learned: Friendships are worth their weight in gold. Watch how you act.

So far, all of these characters have operated under some sort of hierarchical structure. This isn’t the case for our last unconventional leader, the mysterious V at the center of Alan Moore’s V for Vendetta, who leads a revolution against a fascist government in England. Moore imagines a society based on fear of what is different, using massive surveillance to assuage itself: cameras on every street corner, spies everywhere, and propaganda pouring in through the television. 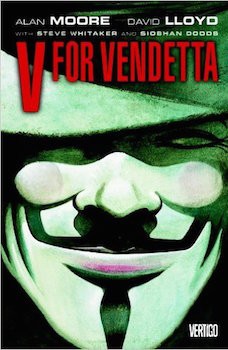 V uses classic guerilla tactics: he’s able to sneak into the government’s TV station and broadcast a message of resistance. By hacking into a government computer, he’s able to emotionally manipulate leaders, as opposed to taking armies into battle. But V’s most powerful weapon is his unforgettable mask, his branding: the Guy Fawkes mask. The question of V’s true identity is posited throughout the book, but at the end, his protégée Evey comes to realize that identity is less important than what the mask stands for. It’s no coincidence that the Guy Fawkes mask has risen in visibility worldwide as a symbol for resistance: it offers a mystery and power imbued upon it by V. V realized that his goal was less important than taking credit for it, and subsumed his identity under his work.

Lesson learned: A little anarchy never hurt anyone. Perhaps a system already in place is stale and needs to be shaken up. So make sure systems stand up tall to show their strength.