“Influencer”: It’s a job title that didn’t even exist 15 years ago, and yet the art of engaging social media followers with aspirational curated content has evolved into a business that’s not only legitimate but often lucrative and seriously in demand. And it’s not just the pros who aim for online clout—even casual users of social media platforms are often looking for ways to boost their following and generate more meaningful interactions with their online communities.

So how do you actually gain—and maintain—influence? For the answers, we looked to three of the biggest names on the scene.

With over 5 million followers on Instagram alone, Aimee Song, a WeWork member in L.A., is one of the most well-known fashion influencers 11 years after starting her blog, Song of Style, as a college freshman. Brazilian-born Camila Coelho has parlayed her fashion and beauty know-how into a YouTube subscribership of over 4 million, a following of over 8 million on Instagram, and her latest venture, a clothing line that launched this June in partnership with Revolve. L.A.–based Chriselle Lim, who boasts over a million Instagram followers, is the founder and CEO of creative agency CINC Studios.

Below, get insight and advice gleaned from panel discussions with the three influencers, which took place during NYFW at WeWork Now.

In the social media game, it’s all about the likes. Your content is regarded as more significant—and profitable—if it generates impressive engagement. And there’s a psychological aspect at play, too: Many studies have shown that receiving likes can boost dopamine levels to an addictive degree.

But it gets all too easy to confuse the euphoria of racking up likes with actual fulfillment, says Song. Though Instagram initially piqued her interest because she could share photos of her dog’s antics, her Halloween costumes, and favorite meals, like-chasing quickly took over. “In the beginning, it was healthy because I was doing it for myself,” she says of using social media. “I just wanted to create a moment.” After people responded positively to her photos and her follower count exploded, her motivation shifted. “I started looking at the likes,” she remembers. “‘Oh my gosh, this only got X number of likes. When I went overboard on this other photo, I got much more likes.’ I started doing it for the validation. That’s where the problem arises. Your passion and hobby are no longer your passion and your hobby.”

Align yourself with brands you truly believe in

Spotlighting and recommending products through ads and collaborations is the bread and butter of many influencers’ careers. It can be tempting to gravitate toward the most profitable partners and deals, but top influencers warn that your audience will quickly suss it out if you’re pushing a product just for the payoff.

“When I started working with brands, [I realized that] if I don’t like something, it’s going to sound awkward and fake,” explains Coehlo. “I made the decision that I would only advertise things I truly believe in.” A quick profit wasn’t worth the potential risk of alienating her supporters, she adds. “Even when we weren’t making any money, I said no. If I lose my followers’ trust, it’s forever.” Lim contrasts “the more, the merrier” mentality she had toward the beginning of her career with her current “quality over quantity” mindset. “With less but more thought-out content, brands are benefitting, followers are benefitting, and I am benefitting because it’s less stress,” she says.

Song also noted how organic discovery and research of products you’re truly interested in can lead to authentic, mutually beneficial collaboration. She pointed to a period when she had taken up juicing, and her followers suggested she use a slow juicer for higher nutritional value. She dove into online research to find the most suitable model, and after opting for one from a Korean brand, the company coincidentally reached out to her for partnership opportunities a week later. “I always feel like I manifest it,” she says of genuine partnerships.

Be willing to adjust your POV

Sometimes, all three influencers explain, growing and maximizing your opportunities can require lowering your defenses. “It’s easy to just listen to good comments, but I like reading the bad comments,” said Coelho. “Some are not just mean. Some people give good feedback.” As a public figure, you have to distinguish unconstructive criticism, harmful attacks, and demands that sacrifice your integrity from suggestions that might benefit you or opportunities that could expand your platform.

Lim spoke about the reversal many brands underwent in their attitude toward working with bloggers of color in recent years, as they realized how profitable and brand-beneficial embracing diversity could be. Suddenly, companies who had ignored her were clamoring to work with her. “I was really offended by that at the beginning. You didn’t want me before and now you do?” she says. Though her anger was valid, she’s glad she considered the situation from a different vantage point. “I had to put that into perspective—it was my personal ego in the way. If they’re using me and I like their aesthetic, I’m going to do the same—use them!”

Take care of yourself

In the glossy landscape of social media, the ease of comparison, a breakneck pace, and a revolving-door mentality toward what’s considered trendy, relevant, and, by extension, valuable all coalesce into a recipe for precarious mental health. Song credits therapy, which she started a year ago after a friend’s recommendation, with helping her to prioritize her mental fitness. Despite an initial aversion to the concept (“If you’re from an Asian household, you don’t talk about how you feel,” says Song, who is Korean-American), she’s found that her therapy sessions have influenced every other aspect of her life. “I became a better communicator,” she says.

Other boons to her peace of mind are unplugging (she didn’t use her phone at all during a two-week vacation this summer, and plans to do it again in the future) and one key realization about standing out from the crowd. “Since I was very little, I always wanted to be somebody else. I always looked up to other people, like the popular girls in high school,” she says. “But I realized that no matter how hard I worked, if I’m trying to be like somebody else, I’m always going to be second best. If I stay true to who I am, then I’m going to be the best version of myself.” And that individualism is a true asset, she adds. “Nowadays, [being] different is so much cooler than being just like everybody else.”

Rachel Mosely is a freelance writer and editor based in New York. She covers entertainment, culture, and travel, with work appearing in Cosmopolitan, Town & Country, Elle, The Root, and more.

FILED UNDER
CREATIVITY PRODUCTIVITY PERSONAL GROWTH
Interested in workspace? Get in touch.
TRENDING NOW
01 How to prioritize tasks when everything’s important 02 Why I don’t work from home even though I could 03 The next year will cement new trends in how we work 04 How Asahi Beverages cultivated one culture under one roof 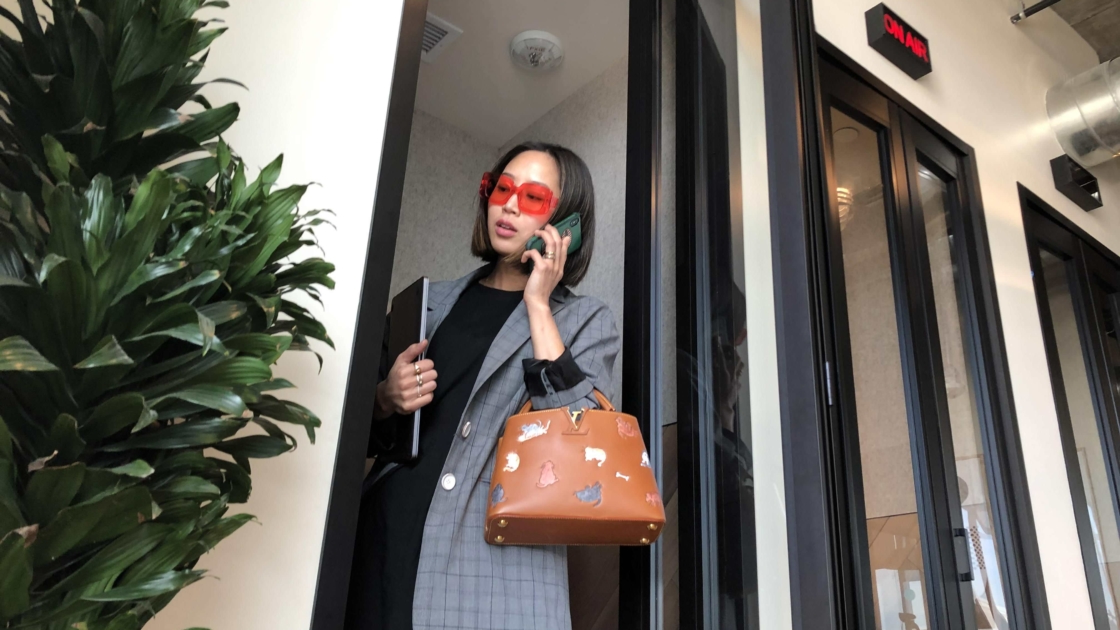 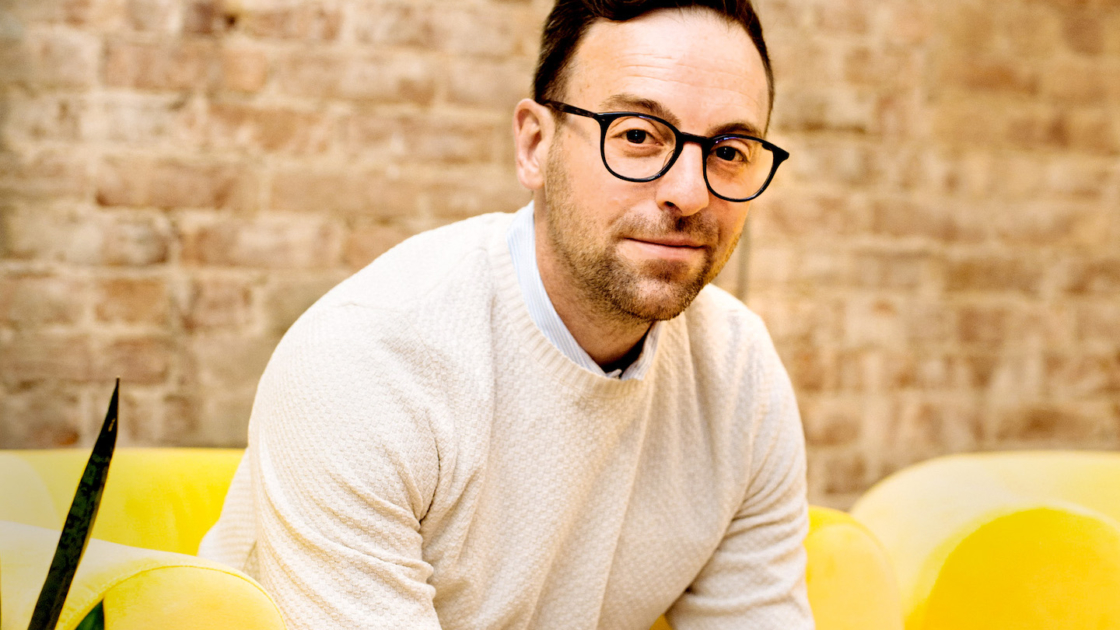 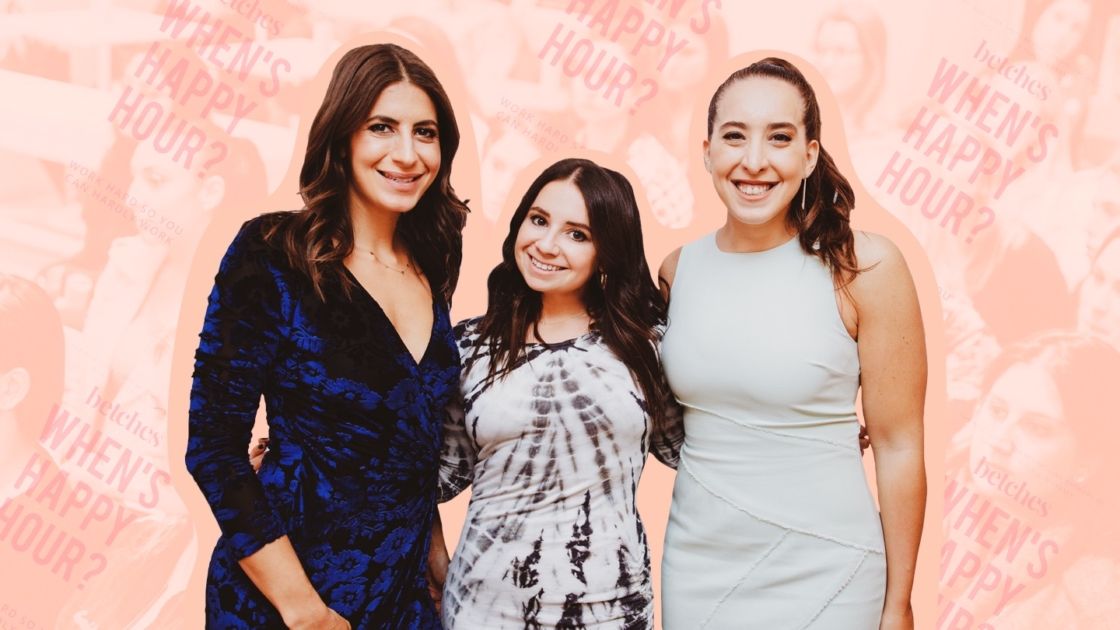