Building a product is only one facet of running a business

Do What You Love is a new series that showcases the entrepreneurs behind emerging companies. In this edition, we sat down with Ranjan Roy, the cofounder of Informerly — here’s what he shared: 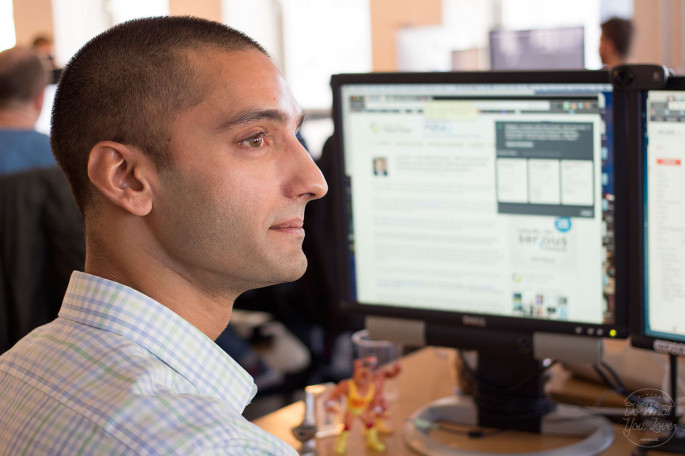 I’ve always been interested in the flow of information. How you take it in, and distribute it to others. When I was younger, I traveled to India every other summer and I saw how broken information was across the world–people in the States had no clear idea about what was going on in India and vice versa. I liked the thought of connecting like-minded people who live in different places.

For what I wanted to do, working in corporate wasn’t the solution. I was in trading for about 7 years and it was a comfortable lifestyle, but I knew I wanted to be in the media world. I wanted to build something from scratch in the media space that would bring value to readers.

When your heart’s not in what you’re doing, it’s time to go. At a certain point, I realized I was in the wrong career when I was having the most fun setting up my Bloomberg Terminal. The biggest danger about the corporate world is that people just try to get by and become complacent. If you aren’t feeling hungry and passionate, you shouldn’t be sitting where you are.

Global connection is the ethos of what we try to do at Informerly. The world is still fairly disconnected, but technology and news play an incredible role in connecting people. So we created a site where our audience of ecommerce professionals can share relevant industry news from around the world. 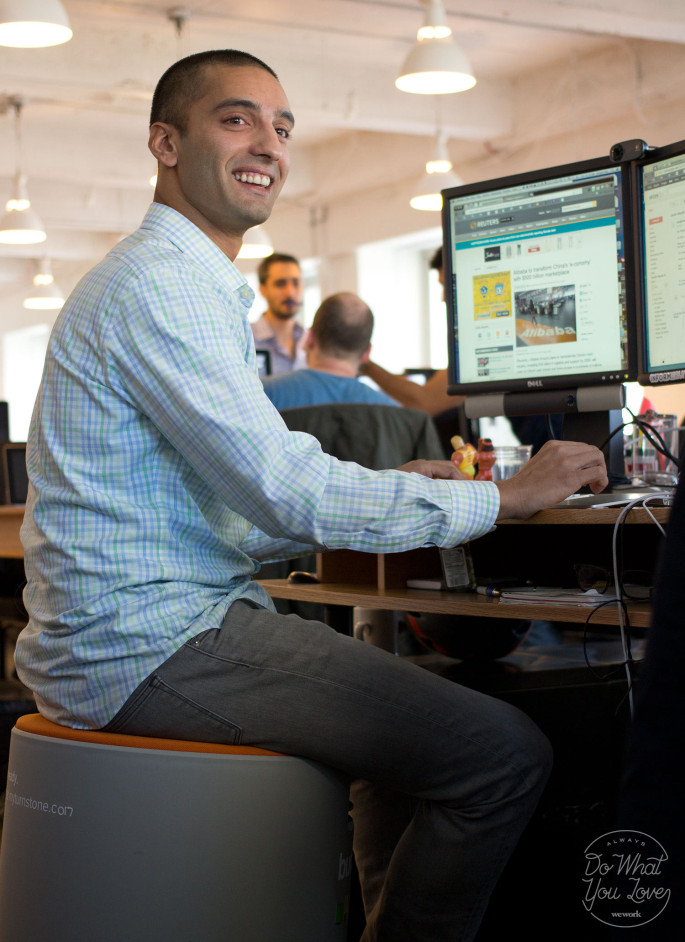 When you’re a brand new entrepreneur, it’s scary. Independent of the actual product you’re building, there are many questions you face as an early stage startup: how do taxes work? What type of company should I incorporate? When you’re starting out, you have to speak to people who’ve gone through a similar process and can help you along the way.

Building a product is only one facet of running a business. And it’s not the primary part. In the beginning, we focused only on building Informerly. Eventually, we switched our mentality from just building to selling while building. It’s important to talk to your customers even before having a product in hand. This will save you from potentially realizing that your product is not necessarily what they’re looking for, and then having to start again from scratch.

Interested in workspace? Get in touch.
TRENDING NOW
01 WeWork’s sales team on businesses’ office needs in 2022 02 How to build a strong sales pipeline 03 New hire paperwork guide and checklist 04 How Okta uses data to inform its return to the office