I always said I was going to be a CEO

We sat down with Sonia Sahney Nagar, the founder of Pickie, for Do What You Love — a new series that showcases the entrepreneurs behind emerging companies. Here’s what she shared: 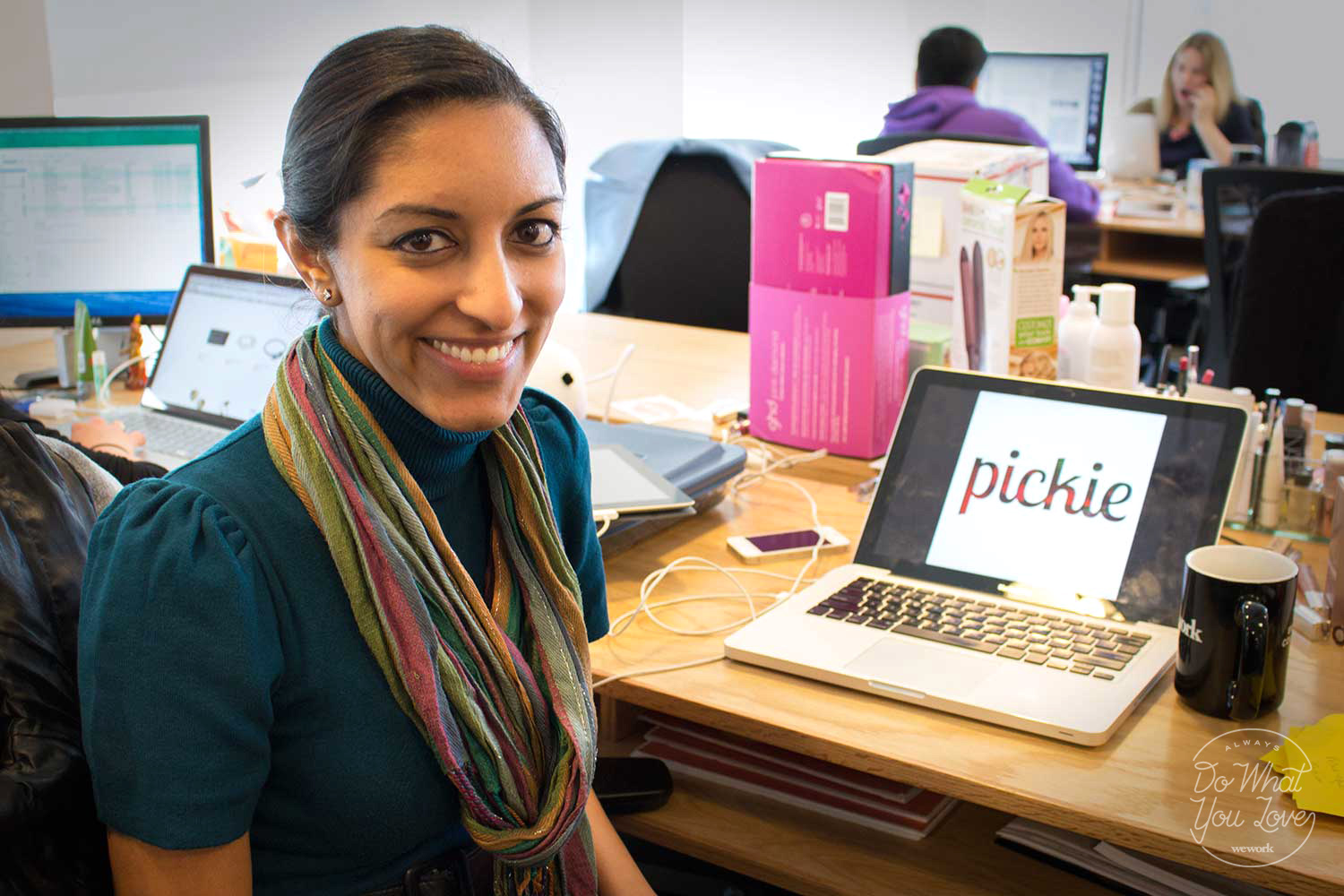 I studied mechanical engineering at the University of Michigan and got my start in tech a little bit there. I used to spend my summers programming for a company called Smiths Industries Aerospace and then after undergrad I went to work for General Motors in their advanced engineering group. Circa 2005/2006, I was working at General Motors and decided that it probably wasn’t a great place to build a career. So I decided to go back to school and went to Harvard and got my MBA. While I was in business school I realized what I wanted to be doing, which was working on a startup in tech.

There are so many things you don’t learn in business school that are important for real life. Hiring is really important in startups and that’s one thing that I had a little bit of a learning curve on. Because I moved from Seattle to New York, I didn’t have a huge network of people that were in the tech community when I started out. As a CEO, when you’re building a company, the number one most important thing is getting all the right people onto the team and knowing how to hire for different positions.

A lot of what you learn at business school is like 10,000 feet in the air: top-down, when you’re the CEO of this massive company, here’s how you approach problem-solving. Whereas when you’re in a startup it’s a lot of small, tactical things.

Pickie was founded at the end of 2011. It is a personalized shopping magazine. There’s inspiration all over the web. Our goal is to give you tailored, personalized content and marketing recommendations for products and content everyday.

Being an entrepreneur is a trendy thing to do and I don’t know if entrepreneurship is great for everyone. There’s a [venture capitalist] that told me once that when they’re investing in entrepreneurs they look for people to be able to authentically go after a problem-solution set and that you need to have some kind of a unique advantage.

I always said I was going to be a CEO, but I thought it would be at a large Fortune 500 company because growing up in the midwest, that’s where everybody goes. Now the joke is that I cheated by appointing myself CEO and starting my own company. Rather than working my way up I kind of jumped a few steps.

I definitely want to do something that’s bigger than myself or leave something behind that’s bigger than me. I come from a family of immigrants. My parents immigrated over the 70’s. They made big sacrifices to come to the U.S. and then they set me up at a very young age to love learning; I was always really good at school. And so they’ve always had expectations, I guess, but then I’ve also had this feeling like they’ve given me so much that I should be able to accomplish anything.

Interested in workspace? Get in touch.
TRENDING NOW
01 18 entrepreneur books to motivate and inspire 02 A Parisian office with a modern oasis and skyline views 03 New employee onboarding guide and checklist 04 Using design, light, and art to build the WeWork experience