Make your return to the office easier—get 25% off a WeWork All Access membership for the first 3 months. Terms apply. Learn More
PROFESSIONAL DEVELOPMENT
Abraham Gross
September 5, 2015

Five painless tips for startups from the Tweezerman

Dal LaMagna was an entrepreneur from his early days, in every field from advertising to entertainment, but the idea that would ultimately transform him into the Tweezerman was sudden and painful.

“My inspiration for Tweezerman was when I ended up with a backside full of splinters and was trying to take them out with a tweezers and a needle,” LaMagna says. “I got the idea for my first Tweezerman product: the splinter remover.”

Since then, his company has grown into a multi-million-dollar line of beauty-care products. LaMagna ultimately sold the business in 2004 after more than two decades of leadership, taking with him the lessons he had learned his life as an entrepreneur.

Speaking to a crowd at WeWork Soho West, he shared some of those lessons, many of them detailed in his book Raising Eyebrows: A Failed Entrepreneur Finally Gets it Right.

Though he’s now renowned for his business acumen, LaMagna recounts how procrastination ruined a can’t-miss project early in his career.

In 1969, Coca-Cola expressed an interested in his idea for converting drive-in movie theaters to drive-in nightclubs. LaMagna, still in college, was overwhelmed by the support.

“My professor told me to ask for $100,000, and I was amazed that they agreed to it,” he recalls. “But three weeks later, I didn’t have anything together, and Coca-Cola cancelled all their promotional projects, including my own.”

Risk-taking is an essential part of any successful enterprise, but LaMagna cautions entrepreneurs not to gamble. Instead, he advises that they “take calculated risks.”

The distinction was a hard-learned one. About the time LaMagna entered Harvard Business School in the late 1960s, a rich vein of gold was discovered in Alaska. He decided to invest quite a bit of money in the venture, but then stock prices bottomed out when it was clear most of the gold was beneath a sheet of ice.

“I literally lost my tuition the first day of school,” he says.

Though LaMagna was able to pull out of the slump, many aren’t so fortunate. He says entrepreneurs should always weigh their options rather than take reckless risks.

“Don’t invest in something you don’t control,” he cautions. “I’ve lost a lot of money that way.” 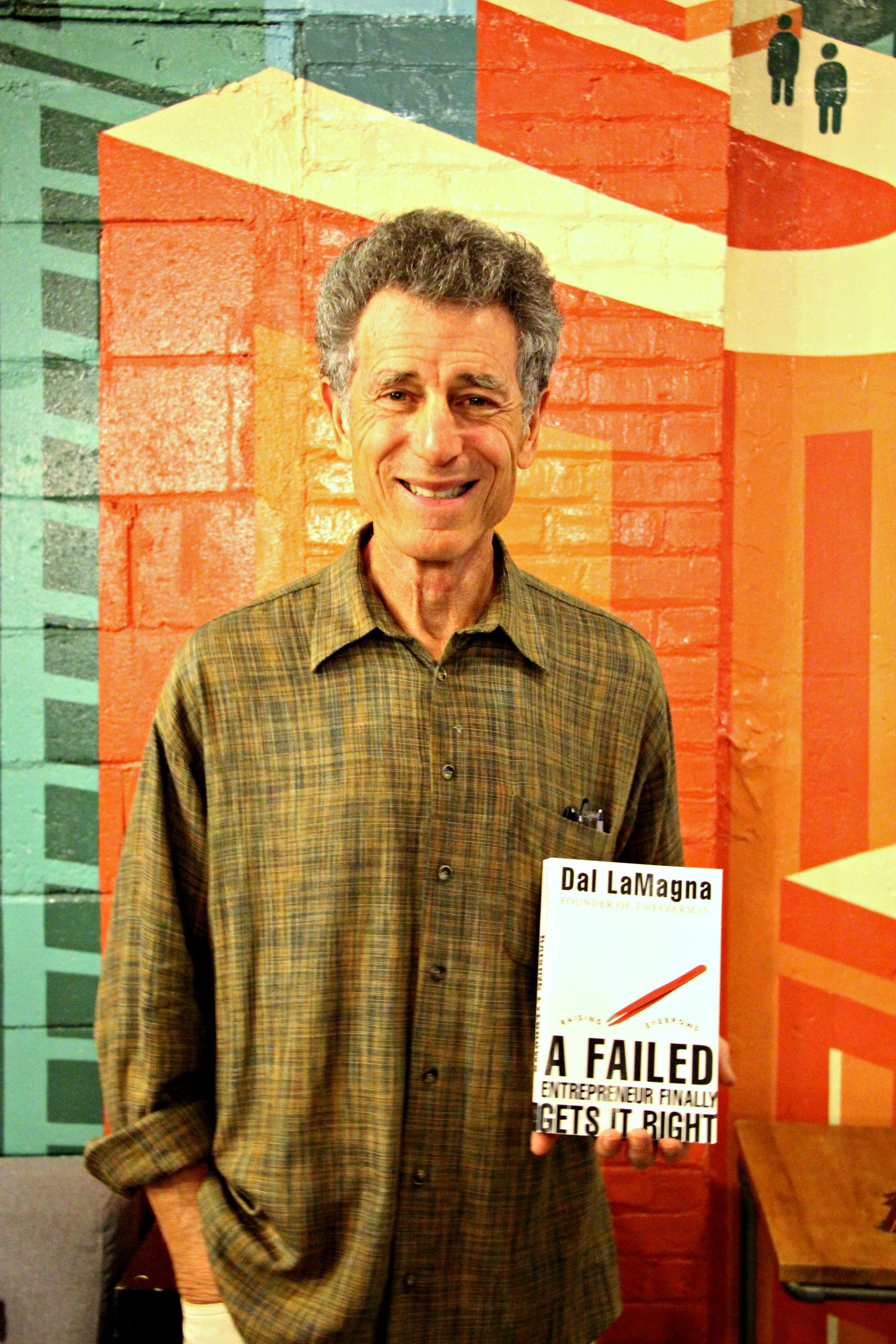 It’s tempting for a new business to diversify its offerings in order the reach more customers, but LaMagna encourages founders to “keep it simple and really focused.”

“When I started Tweezerman, this tweezer was all I had,” he says. “I sold tweezers to people tweezing their eyebrows.”

The company honed its signature product, adding nail clippers and other products only after customers and investors began to take the company seriously.

Tweezerman also taught LaMagna that being single-minded is not the same as being close-minded.

“Be persistent, but don’t be obsessed,” he says. “You may have to admit something isn’t working.”

Businesses are organizations, and organizations should be organized. As a founder of a startup with limited resources, LaMagna says that you need to be “fanatically organized.”

When starting Tweezerman, Lamagna took great steps to ensure he was running a tight ship. He says that hiring the right people goes a long way.

“The first person I hired, I followed them out to their car to make sure it was organized,” LaMagna reveals. “That’s how fanatical you have to be.”

Although LaMagna has built a successful business, he believes he could not have gotten where he is today without his employees. As CEO, LaMagna went out of his way to make sure his workers were invested in the company.

“I built Tweezerman into a $32 million business because I delegated to my employees,” LaMagna says with pride. “I made everyone a partner of Tweezerman.”

When the company was sold, employees also benefitted because each was a shareholder. LaMagna believes that in the fast-paced world of entrepreneurship, human goodness is among the most important lessons to enshrine.

“Embed the employees in every level of decision-making,” he says. “Empower them.”