Is it worthwhile to have workers in one office despite growing real estate costs?

Companies face unprecedented pressure to improve space utilization in their office—whether because of urban costs, the needs of knowledge workers, available technology, or all three. Understanding these driving forces can go a long way toward making a change that will help your company—and your team—thrive.

Let’s start with the obvious: Workspace is expensive. According to the NAIC, office space per square foot has more than doubled in the U.S. since 2000, with even higher increases for tech and professional services companies that cluster near public transit in talent-rich urban areas. In fact, for companies harnessing the power of their workers’ analysis and creativity—what Peter Drucker first dubbed “knowledge work”—the cost of office space is second only to compensation.

Companies that rely on office productivity to keep revenue flowing have begun to tailor their workspaces to create more worker interaction. It’s a move that can pay off in increased performance—as much as 20 percent, according to one study. Designing for more interaction typically means reducing individual workspace while bolstering common areas, but can also include more eccentric strategies, like increasing the distance to the bathrooms—Steve Jobs’s famously effective tweak at Pixar to encourage employees to casually converse.

Studies show that both desk and office space are underutilized

In decades past, tracking workspace utilization was a labor-intensive, manual task. But with the rise of smart building technology like occupancy sensors, RFID badges, and other potential data sources for employee presence and movement, “we can’t measure that so we can’t improve it” is no longer an excuse.

Just as a salaried worker wouldn’t last long at a successful company if data showed he slept during half his working hours, companies recognize that half-used workspace is just as wasteful.

What the data says versus what workers report

As always, data speaks truth. CBRE found that although its Cleveland workers estimated that they were at their desks a majority of working hours, occupancy data showed that the desks were empty more than 60 percent of the time. People are often poor estimators, so it’s important to measure any inputs into a decision rather than relying on human estimates. Smart buildings can take the lead here, measuring worker and environment data like occupancy, number of people and movement patterns, and comfort data points like humidity, light level, and noise level.

With your building telling you how your workspace is being used, your next step is to create a more adaptable space that meets workers’ needs in real time. Two shared space ideas have become popular ways to align supply and demand: hot-desking and hoteling. And they’re not just a startup fad. According to a recent survey, two-thirds of multinational corporations plan to implement shared workspaces by 2020.

Moving and shaking at the office

Both hot-desking and hoteling upend the model of a specific employee being permanently assigned to a dedicated desk. Instead, with both new models, workers are given the freedom to use any space that’s available, when they need it. The main difference between the two approaches is that whereas hot-desking is first come, first served, hoteling allows space reservations—sacrificing utilization to help mitigate uncertainty about being able to find a space to work.

Beyond creating shared desk space, companies are also creating workspaces that can change their shape and utility. For example, GE Digital’s San Ramon headquarters has movable meeting room walls. Track-mounted panels, which double as whiteboards, allow workers to create modular collaboration spaces of various sizes and configurations. A presentation has different space needs than a brainstorming session would, for example, and by allowing workers to use the same square footage for both purposes, GE has reduced its overall space requirements while improving worker productivity.

Companies can complement an adaptable-space approach with a broader strategy of flexible leases that allow easy expansion and contraction. This is particularly important to medium and large businesses that might not have a big enough footprint to shift head count among many sites.

One of the most efficient knowledge worker buildings in the world also happens to be the world’s smartest building. At The Edge, a Deloitte HQ in Amsterdam completed in 2015, there are 1,100 workspaces designed to serve 1,700 workers—with no assigned desks at all. The shared space has proven such a success that those same workspaces now comfortably accommodate 2,500 workers. In addition, the building devotes 25 percent of space to common and collaborative areas, more than double the typical 10 percent in a standard office building.

The building is also a net producer of energy, and its 34,000 sensors provide an accurate real-time picture of how workspace is being used. That granularity is reflected in the control systems, which allow workers to set their preferred lighting and temperature in the workspace they’re using. Similar workspace-level comfort controls have boosted worker satisfaction by 83 percent (GSA). The Edge takes environmental factors and preferences into account, then automatically customizes a space to the worker’s known settings. There’s more: The building also greets workers as they arrive in the parking lot, finding them a parking space that matches the needs of their vehicle.

For Deloitte, The Edge has provided an enormous recruiting benefit: Sixty-two percent of candidates specifically cite The Edge as an appealing factor.

The lesson for companies of all sizes is that companies and workspace providers need to get smarter about how space is actually used, creating adaptable, modular work environments that are more useful to more workers. It’s that user-centric mindset that will propel the next wave of efficient workspaces.

Get in touch about more efficient workspace options in your city. 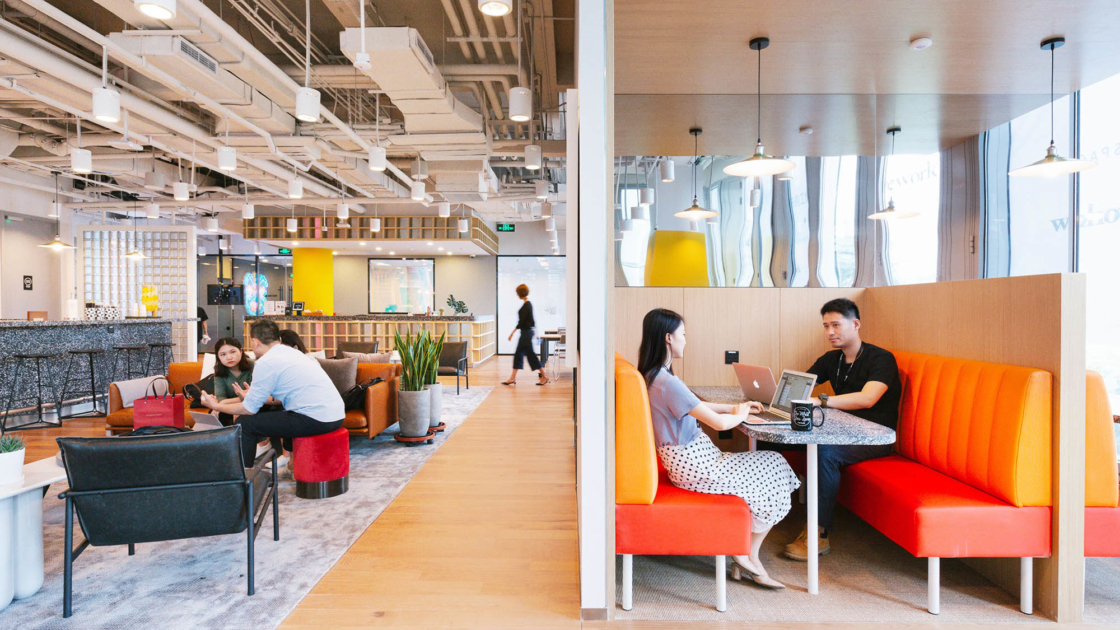 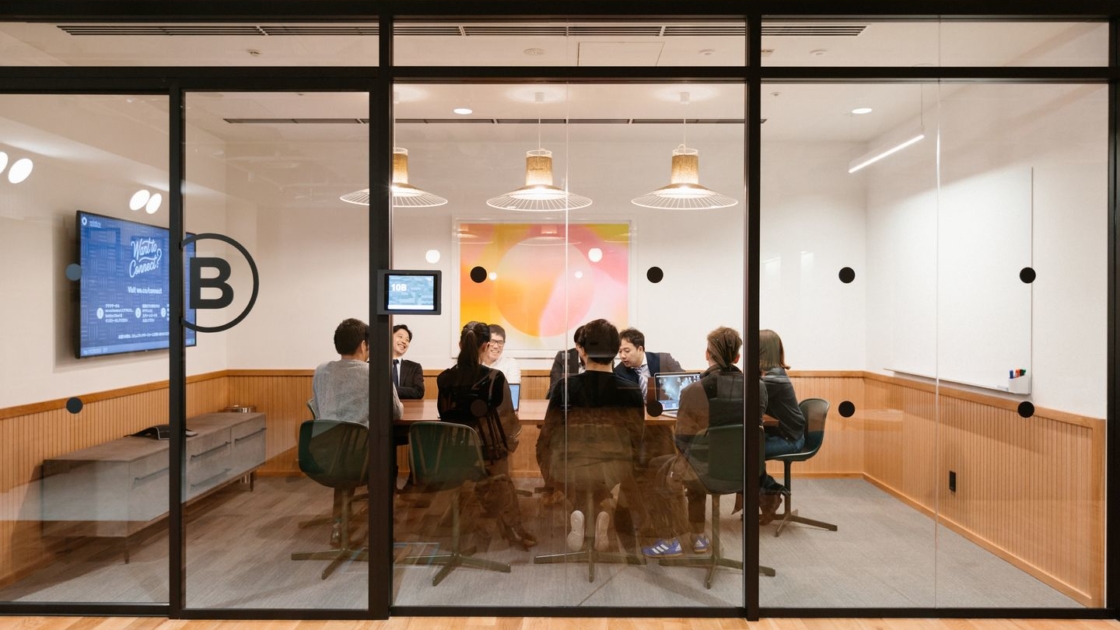 To optimize the workplace, you must know what data to look at

With the right information, you can take the guesswork out of office design and create a space where people can do their best work 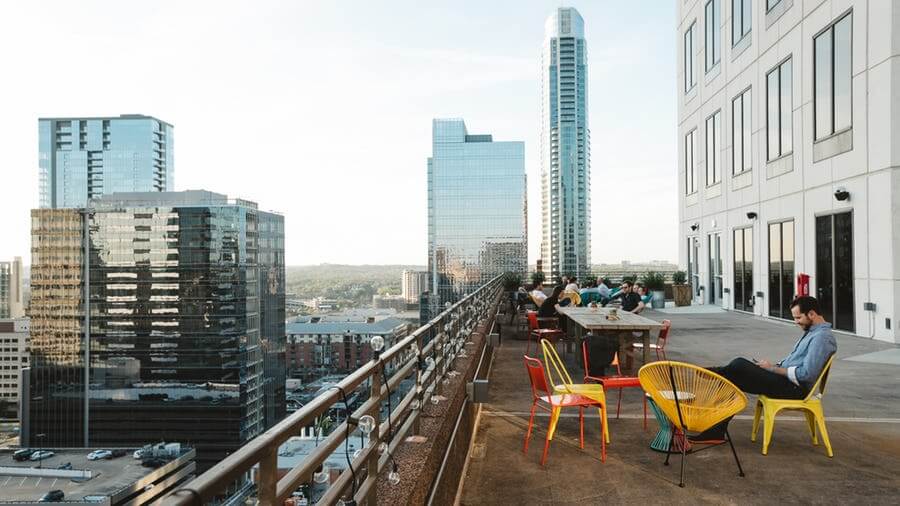 How to find affordable, prime office space in Austin