We checked in with several of the first WeWork London member companies. They're all going strong

In 2014, when Felix Jackson was looking for office space in Central London for his medical communications agency medDigital, he had to be led by instinct alone. Well, instinct and the blueprints of WeWork’s first London location, at New Kings Beam House on the South Bank.

“I found it on Twitter,” Jackson says, noting that it’s been four years, almost to the day, since he and his team moved into WeWork. “I’d been looking for a long time. You could get shared office space, which is very expensive, or you’re getting really poor quality space in a business park out of town. WeWork came along and that was it: that perfect sweet spot.”

The impact on medDigital, says Jackson, has been “enormous.” Clients were impressed, and overnight the company seemed like a much more serious proposition. Coming from a small office in the London suburb of Esher, the move to WeWork put medDigital at the heart of the action, with all the attractions of a middle-of-it-all location for prospective clients and potential hires.

This aspect of WeWork New Kings Beam House—plus the plentiful perks, like freshly brewed coffee and frequent networking events—is crucial for a small business like medDigital.

“We’ve had people come in and say, ‘I’d like to work here,'” says Jackson. “They’ve accepted the job before you’ve even done the interview.”

We checked in with several WeWork members who were among the first to take space at WeWork London. They are still members, some in their original buildings and others in one of the 38 other buildings that have been unveiled around the city.

The findings were released this week by Cebr, an independent economics and business research consultancy established in 1992. WeWork commissioned Cebr to develop the first detailed economic and fiscal impact analysis of WeWork’s impact on London’s economy.

Positive impact on the workforce

Andrew Stafford of Big Sync Music, which moved into WeWork New Kings Beam House at the same time as medDigital before moving to nearby WeWork 30 Stamford Street when it opened, has observed a similarly positive impact on his workforce.

“Any workplace that makes people want to stay around later than their working hours is good,” he says. “It blurs the lines between office and entertainment time.”

Office life at the music licensing agency can be “quite noisy,” admits Stafford with a chuckle, so he and his team make a point of making friends with their neighbors. “I’m still friends with some of the staff from the old building,” he says. “And it was nice to make new friends with everybody here [at 30 Stamford Street].”

The sense of community that is such a major element of the WeWork offer could be having more profound impacts, too. “Thriving at Work,” an independent study published by the UK government in 2017, found that 15 percent of people in the British workplace have symptoms of an existing mental health condition. That same report found that good working conditions and a healthy work-life balance are crucial when it comes to supporting workers through mental health challenges and ultimately reducing the number of people who are unable to work as a result of poor mental health.

Traditional offices can be isolating environments, but the sorts of amenities and services that WeWork provides—fully equipped kitchens to tempt people away from eating alone at their desks, free yoga sessions to help people relax, and regular social events run by members for members—could make all the difference. A study released this week by Cebr, an independent economics and business research consultancy, confirmed that 44 percent of WeWork members surveyed say that they value the events organized by WeWork.

‘Good for our company culture’

Being based at WeWork New Kings Beam House is “good for our company culture,” says David Ball, whose creative agency BrandFuel moved in when the building opened in October 2014. The agency has almost doubled its desk space at WeWork since those early days, going from 32 to 72 desks.

Ball reports that’s there a “real energy to the space,” with staff choosing their working stations day by day in response to the fluid, project-based nature of BrandFuel’s model. It’s a setup that also appeals to the agency’s clients, big tech companies with high expectations for office space thanks to the perks they’re used to at their own HQs.

“Our clients enjoy coming into our office,” says Ball. “It gets them away from the distractions of their own spaces.”

As WeWork has expanded its London footprint over the past four years, with buildings now spread across the city from Hammersmith in the West to Hackney in the East, a wider range of companies have been able to take advantage of its benefits. It now boasts 35,000 members in London.

WeWork not only offers appealing spaces in which to work; the company is a “good community manager,” says Ball. “We pushed our WeWork to be much better at recycling. They listened and the brand as a whole has done a lot to take away plastics. They listen and they act where they can.”

Back when BrandFuel began its WeWork journey, Ball says, “No one knew what it was. Everyone knows WeWork now and it’s a good brand to be associated with.”

FILED UNDER
COWORKING CULTURE EMEA
Interested in workspace? Get in touch.
TRENDING NOW
01 A catering platform connects restaurants with those in need 02 What’s the right way to give feedback over video chat? 03 How China’s return to work informs new workspaces 04 U.S. real estate in economic dips: looking back and forward 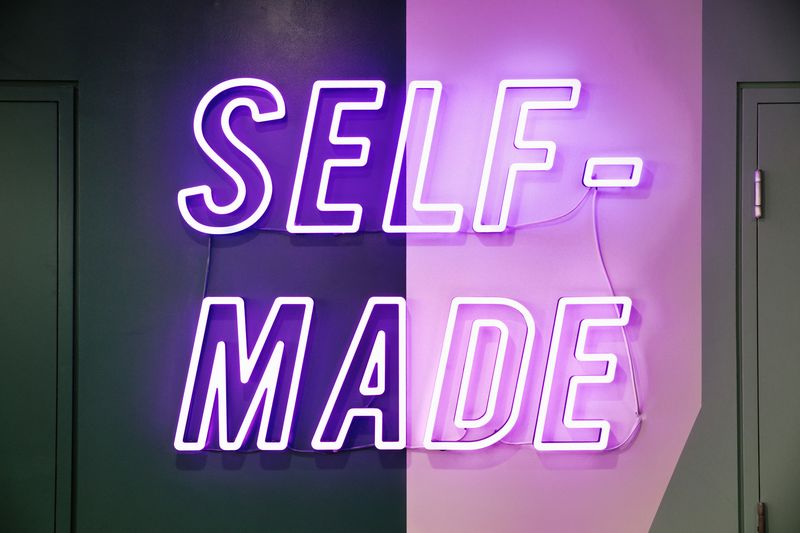 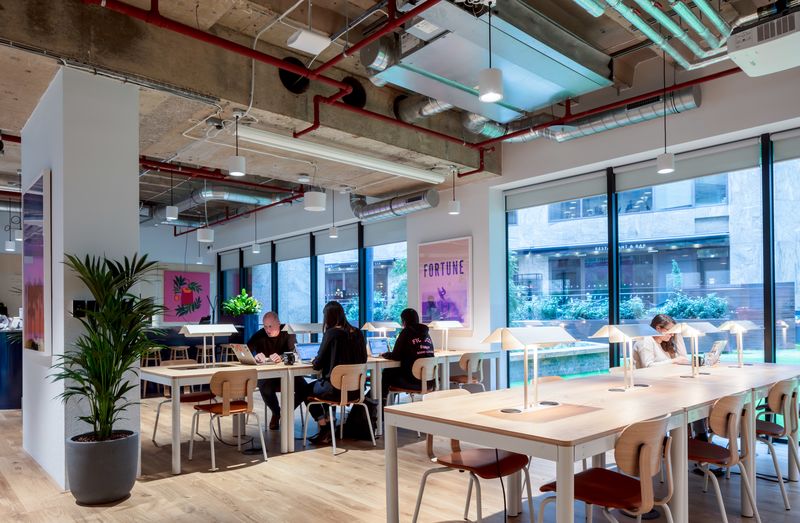 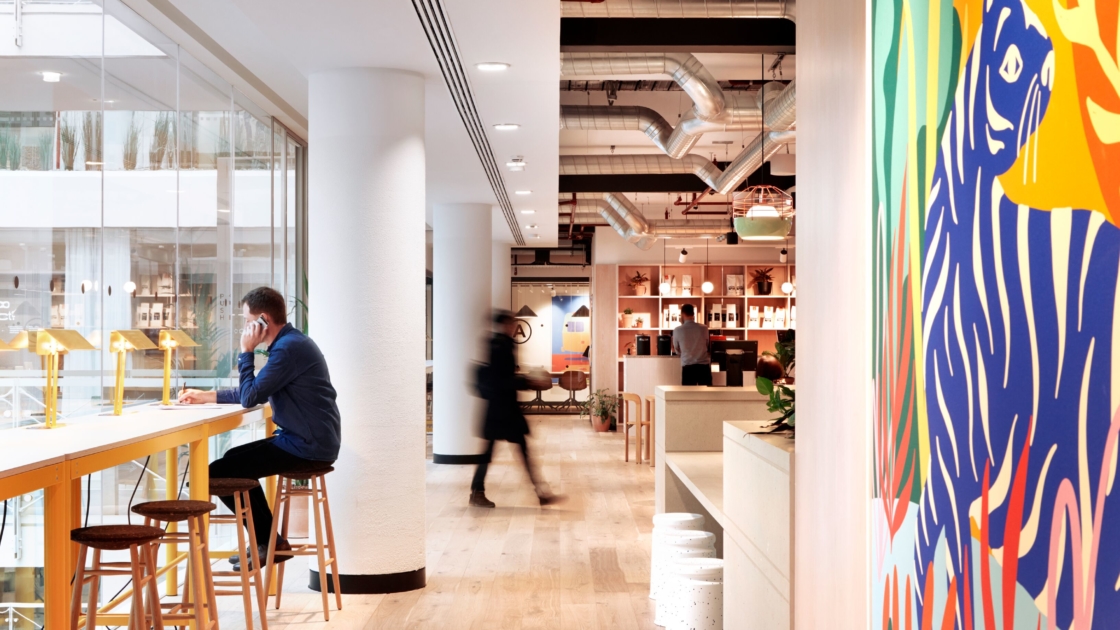