This entrepreneur brings inclusivity to the cosmetics aisle

When Tomi Gbeleyi couldn't find a makeup brand for her skin tone, she started her own

Tomi Gbeleyi put in her two weeks’ notice at a technology startup in Toronto on Martin Luther King Jr. Day last year—“that was important to me”—because she had a dream. The sentence lends itself to the wordplay, and yet, there is a path that leads straight from Dr. King to this Nigerian-born, Toronto-based founder of the growing beauty company Makeup for Melanin Girls Cosmetics (MFMG)—and that is visibility and dignity for all black people.

When WeWork member Gbeleyi, 27, started MFMG, she was working full-time as a marketing and sales executive at a sizable tech company where she says the good salary and travel opportunities could not erase the racial microaggressions and sexism she experienced.

“I tried to stay by telling them that losing seven women in one week meant that something was wrong,” remembers Gbeleyi. “I thought maybe I could help them. And all they said was, ‘We can just hire more people.’”

MFMG began as an Instagram page called “Makeup for Melanin Girls” in 2016. It showcased Gbeleyi’s favorite beauty bloggers and products and served as a space where women could see an aesthetic that celebrated the diversity of darker skin tones. The namesake cosmetics line would not be launched until a year later.

“I thought only a few of my friends would like the page, but it soon really took on a life of its own—I got 10,000 followers within a month,” she says. “I realize now that I was building a community around a need I had. The page became this coffee shop where women could just come and hang out.”

In 2017, she created a blog of the same name and used it as a platform to write about global events affecting the black diaspora, whether it was in entertainment, the arts, or beauty.

While balancing her digital community and working in tech, Gbeleyi would receive daily requests from her readers and followers to create her own makeup line. “Eventually, I was like, ‘Let me put out one product and see how it goes.’” In 2017, MFMG released its first product, the Glitter Palette—without bringing in any partners—and it sold out in two weeks on MFMG’s e-commerce store.

The multi-use Glitter Palette comes packaged in a simple black and gold case and holds 18 bright, sparkly hues for everything from eyeshadow to body glitter. MFMG logo’s simple font is prominently placed, reminding consumers that, yes, dark-skinned women can also rock bright colors. “That is still our most popular creation,” says Gbeleyi.

For Gbeleyi, the makeup world and its anti-relationship with women of darker skin tones weren’t just familiar to her as a consumer, but also as a model: She started while growing up in Nigeria and continued after she moved to Canada. Much has been written about the runway’s lack of diversity, and the same homogeneity extends to the behind-the-scenes action. While modeling in Canada, Gbeleyi remembers being asked more than once to bring her own makeup to shoots “just in case” the makeup artist didn’t have any products for her skin tone.

“One moment, in particular, stands out where I went to a casting call and I was the only black girl on the call sheet,” she recalls. “I remember the makeup artist scrambling in her bag trying to find something for me. In that moment, I just wanted to disappear into the ground because I felt like a burden. And all I had wanted to do was show up and do my job.”

In 2015, Sudanese model Nykhor Paul published an Instagram post highlighting the scarcity of artists who know how to apply makeup on non-white skin. It quickly went viral. She named every notable fashion week around the world, from New York and Paris to Milan and London, as being culpable not only in failing to hire artists skilled at doing all skin tones but also of fostering an environment where black models are made to feel unwelcome.

“Just because you only book a few of us doesn’t mean you have the right to make us look ratchet,” Paul wrote in the caption. Gbeleyi remembers reading the post; it struck a nerve. “When I saw that, I realized this never sort of ends, whether you’re an established model or you’re just trying to build your portfolio. Black artists can do makeup on anybody. Why can’t that be the same for everyone?”

MFMG can be used on the darkest skin tones, saving many women—like Gbeleyi back in her modeling days—from having to become at-home chemists with the little made available to them. At the same time, makeup artists can carry more than the bare minimum in their sets when there are companies dedicated to making products for skin tones all along the color spectrum.

In 2019, the company will look to expand by adding to its existing collections—which currently include six lipstick colors, faux-lash sets, and single glitter pods, alongside the popular Glitter Palette—to include an eyeshadow palette and lip liners to go with the brand’s nude lipsticks.

There is a phrase that surfaces when black women create, build, or vote in sizable numbers: “I’ll just do it myself.” MFMG joins the ranks of brands such as Iman Cosmetics, Fenty Beauty, Omolewa Cosmetics, and Maréna Beauté that have done just that, in which black women saw a problem and decided to solve it themselves.

“I’ve loved makeup since I was a little girl, and I’ve always been a problem solver,” says Gbeleyi, who now works alongside two employees in Toronto, and another who works remotely from Dallas. “I looked at the industry and I was like, ‘This is a problem.’”

Scrolling through its Instagram comments, it’s clear that MFMG is giving people not only what they want, but what they need. The excitement is visible in the raised-hand emojis that fill every post—makeup is nothing if not a divine experience.

The entrepreneur bringing beauty supplies to the office 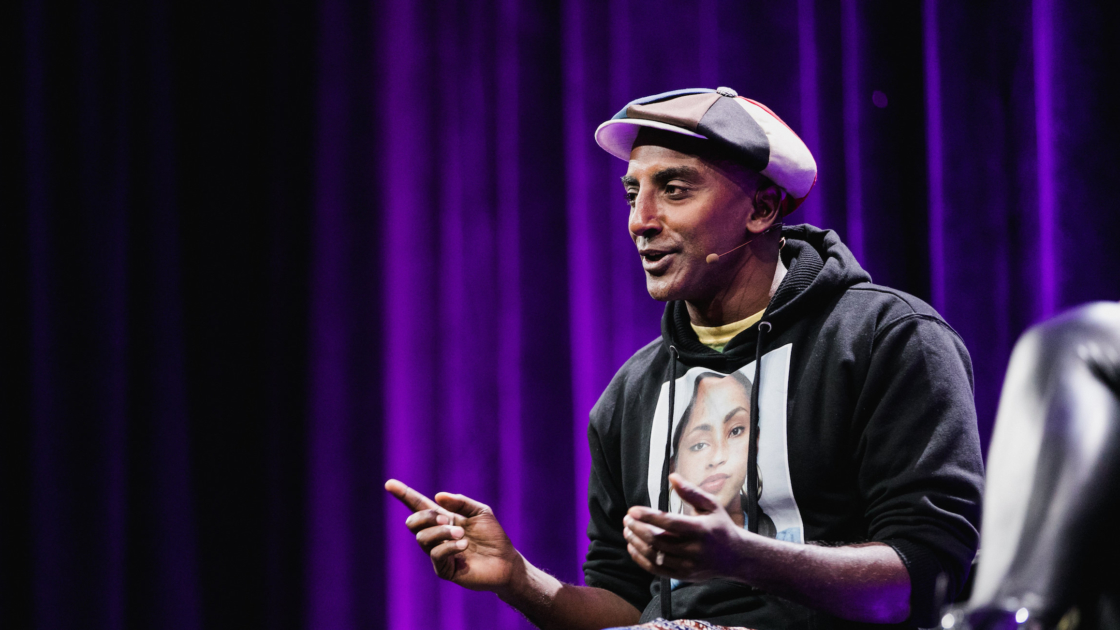