Garret Koehler and his business partners were about two weeks away from having to come up with a $70,000 payment on the building housing their recording studio Assemble Sound. And they had no idea how they’d manage to find the money.

It wasn’t just any building—it was a historic church dating from 1872 that anchors Detroit’s Roosevelt Park neighborhood. It has become something of a sanctuary for musicians looking for a place to jam, record, or just hang out with like-minded souls.

So Koehler pitched the company at the Creator Awards, held this week in Detroit. And he was “totally in shock” when Assemble Sound became one of the evening’s big winners. The $130,000 prize was enough to pay off the building entirely, securing the company’s future.

“It’s impossible to express how grateful we are,” said Koehler. “Everybody on the stage was so brilliant and passionate. We were just lucky to be up there with them.”

Sponsored by WeWork, the Creator Awards gave out $1.5 million at its event in Detroit. Over the course of a year, WeWork will be giving out more than $20 million in cities spanning the globe. The next event is scheduled to take place in Austin this June.

The evening was cosponsored by Quicken Loans, which gave out its own awards for Detroit Demo Day. All in all, more than $2.5 million went to entrepreneurs from as far away as Chicago and Toronto.

Along with Assemble Sound, many of the night’s winners had mission statements that promote doing good, along with making a profit. WeWork founder Adam Neumann echoed this theme when he took the stage.

“We’re now in a world where things need to change,” said Neumann. “We need to take the best from the non-profit world and the for-profit world and bring them together and have an organization that’s for more than profit.”

Another notable winner of the evening was the Ann Arbor-based Warmilu, whose product is designed to regulate the body temperature of babies born prematurely.

“I can’t describe how awesome I feel right now,” said the company’s CEO Grace Hsia. “It’s like I went to the moon and back with Elon Musk.”

The Creator Awards and Detroit Demo Day culminated with two simultaneous awards ceremonies—one at the elegant Gem Theatre, the other at Cadillac Square. Frequent drizzle didn’t dampen the enthusiasm of the crowd, which stayed for the after-party featuring a performance by rapper Wyclef Jean.

There were three categories of Creator Awards, including the Incubate Award for great ideas or specific projects that need funding, and the Launch Award for young businesses and organizations that need a little help getting off the ground. The third, the Scale Award, is for more established operations aiming to get to the next level.

The winners in the Incubate category—all of whom took home $36,000 for their organizations—include Tom Denison of Exoneree, Robert McHugh of Chicago Biofuels, Anjali Purohit of Studio Variously, Frannie Shepherd-Bates of the Detroit Public Theatre’s Shakespeare in Prison Program, Kris Caster of On the Town Riddles, Robert Mulokwa of Arkiv, and Elsie Amoako of Mommy Monitor. One of the most unique projects winning in this category is being spearheaded by Jovan Landry, who wants to create a hip-hop album entirely by women.

Incubate Award winner Josh Walters is cofounder of the Toronto-based company Feedback App, which aims to eliminate wasted food at restaurants by giving them a way to sell it at deeply discounted prices. He says the financial support from WeWork will help him and his cofounder finish the behind-the-scenes work on their platform.

“By the end of the summer, we want to launch with more than 100 restaurants on our app,” Walters says. “I think we’re going to reach that number sooner rather than later. The prize money from WeWork will help us make sure we’re ready to go.”

Another winner is Emily Kane, director of education at GirlForward. Her passion is creating workbooks and other materials for immigrant teenage girls who are learning English.

“We’ve already created a prototype,” says Kane. “Winning a Creator Award will help us get to the next step: distributing it to schools this fall so we can ask teachers and students what they like and what they don’t like.”

In the Launch Awards category, Chicago-based non-profit Bunker Labs won $360,000 for its national program to help military veterans start and grow businesses. Other winners were The Empowerment Plan and Imerman Angels, both of which won $180,000.

Detroit Demo Day’s nine winners included Good Cakes and Bakes, which took home $200,000, and the Social Club Grooming Company, which also netted $200,000, as well as an additional $25,000 for the audience choice award.

Winners from each Creator Awards event will come together for the global finals, which will be held in New York City on November 30.

FILED UNDER
CREATOR SMALL BUSINESSES ENTREPRENEURS
Interested in workspace? Get in touch.
TRENDING NOW
01 Six countries where it’s easy to snag a work visa 02 Six financial reasons why businesses choose WeWork 03 Thank-you office breakfast ideas for your employees 04 How to host your own office Olympics 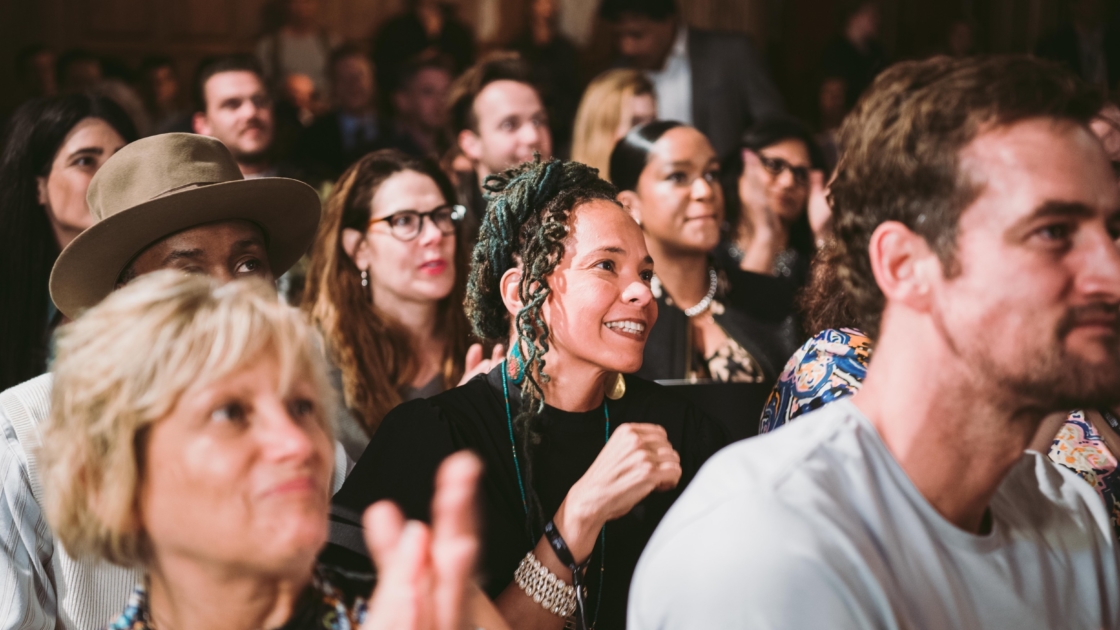 A total of 18 organizations—ranging from a group that sponsors theater productions in a women’s prison to a company that markets vintage athletic shoes—were among the winners at WeWork’s Creator Awards, held last week in Detroit. There were three categories of Creator Awards, including the Incubate Award for great ideas or specific projects that need […] 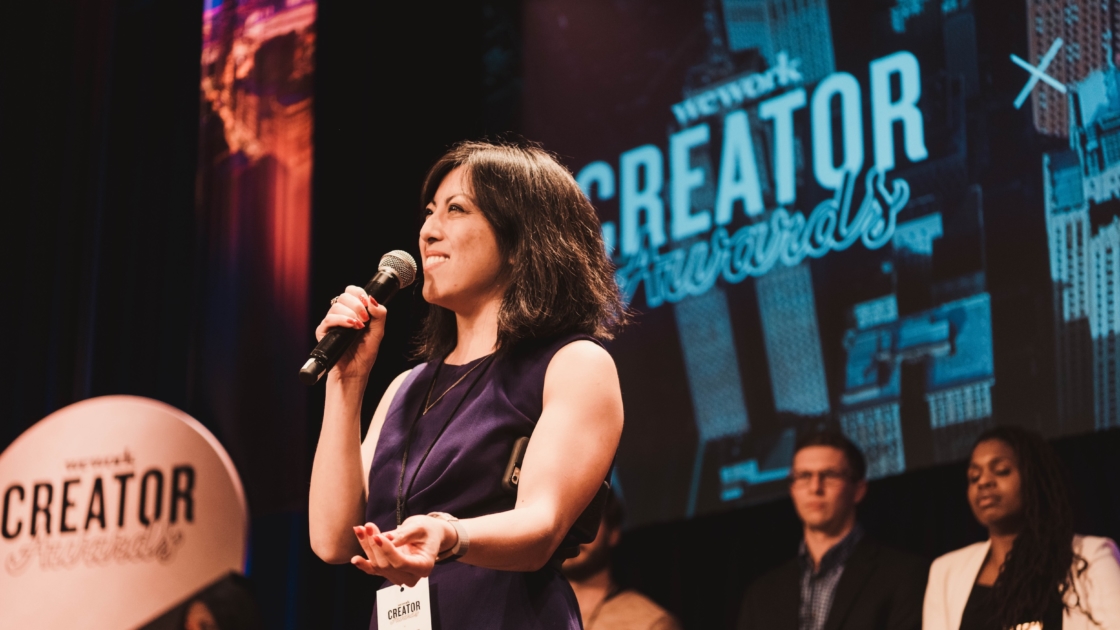 “To be a creator means to live out who I am, my potential,” says entrepreneur Jovan Landry. Landry’s a triple threat: a filmmaker, photographer, and emcee. Her dream is to create an all-woman hip-hop album. She’s not just talking the performers — every sound technician, graphic designer, and musician will be a woman. That groundbreaking […] 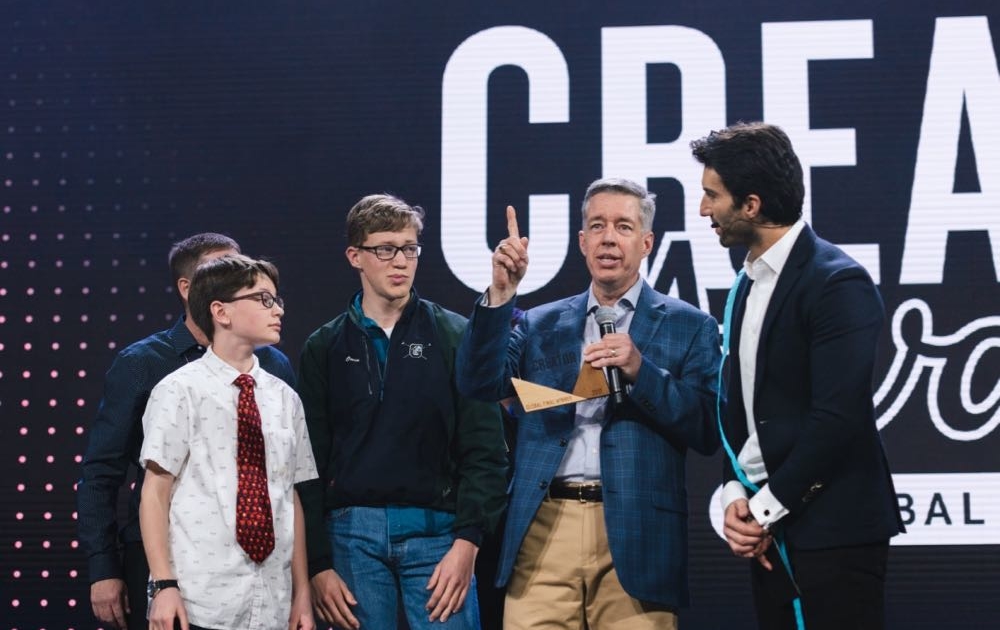