We all have to work on ourselves

David Ganulin is the CEO and founder of KettleBell Concepts, which launched in 2002 and has trained over 5,000 of the industry’s kettlebell instructors. We sat down with the fitness-minded entrepreneur for Do What You Love — a series that showcases the entrepreneurs behind startups and small businesses. Here’s what he shared: 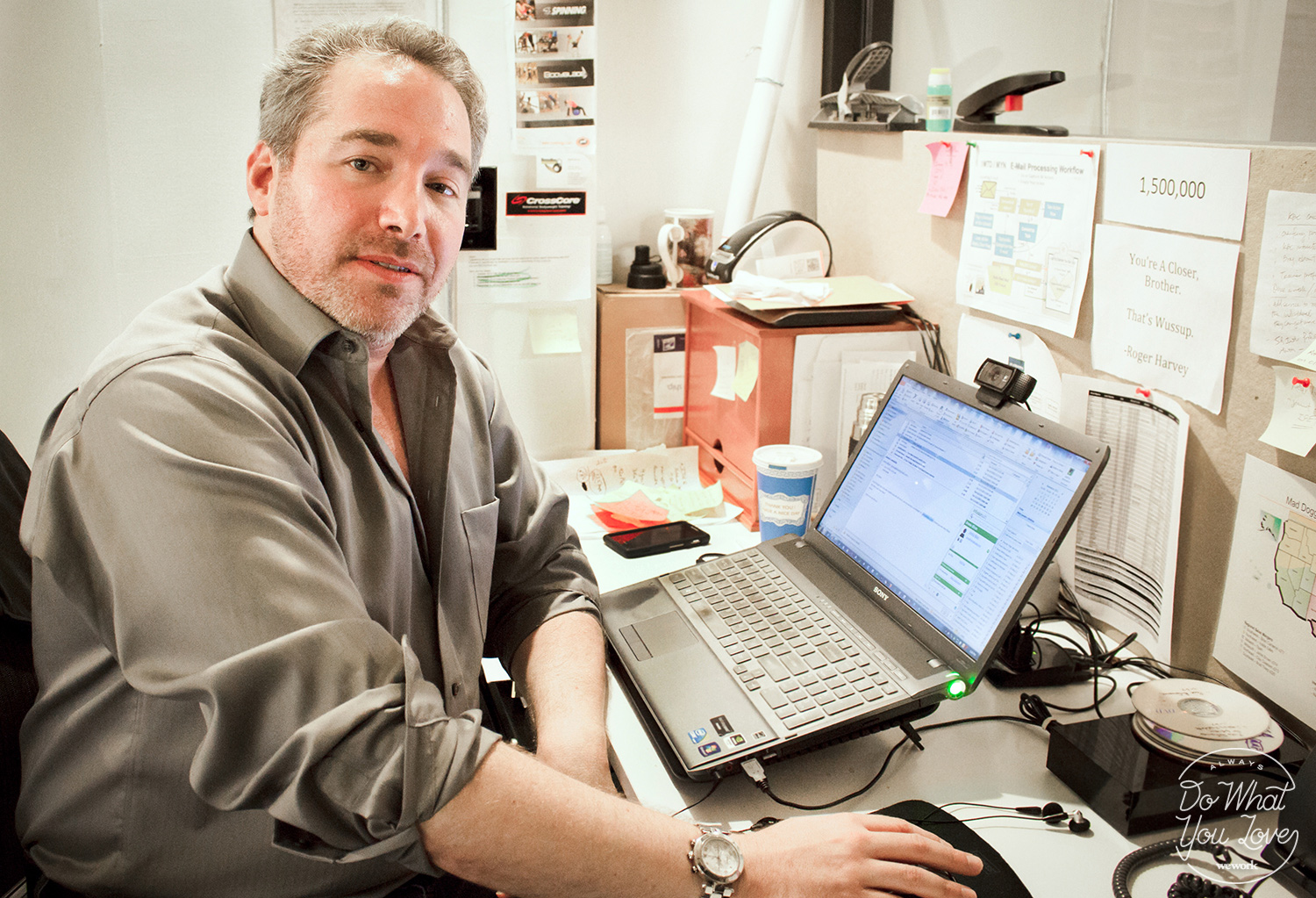 I grew up in Oceanside, Long Island. I went to SUNY Oneonta and then the University of Rochester for grad school. After that I went to Japan for six years. I wanted to get the hell out of here! I always wanted to travel and knew that if it was going to happen, it was going to happen after grad school. I was teaching English as a second language at colleges and universities and doing martial arts—all that kind of fun stuff.

Traditional Japanese martial arts have something that look like kettlebells. They’re nothing new. I started doing research into physical culture while I was [in Japan], like, what is this weird kettlebell thing? This was even before they existed more or less in America to any real degree.

I came back in late 2000 and didn’t want to teach anymore. I tried to get into publishing—that didn’t happen. [I] got a job at Woof.com and I was the fitness and wellness editor with them. That’s where I came across kettlebells again. After we all got fired because the website went out of business…I was forced to go into personal training at the Sports Club-LA on the upper east side. I figured, okay, I’m doing personal training, I’m doing okay money-wise, but this kettlebell thing wouldn’t leave me alone. It’s legitimate; it’s hundreds and hundreds years old. It’s got a story. It’s sexy. No one’s ever seen ‘em before. And if I can get the ladies who lunch with the nails, the hair and the make-up swinging around iron weights and like it, maybe there is a business there. So that’s kind of how I got started.

What is this kettlebell? It’s a gym in your hand. It burns a ton of calories. It’s got an ancient history behind it; it’s over 300 years old. The Russians used them and we use them now. It’s aerobic and anaerobic, which means it works your muscular and heart system at the same time.

I wouldn’t qualify myself as a fitness professional anymore. I don’t recognize myself as a trainer anymore, because I don’t want to. I’m more interested in marketing, business, scaling, and helping the people that work with KettleBell Concepts make more money and get more recognition, more clients. They’re the rockstars. I haven’t trained a client in a while. I train myself. I do it for me, now.

We all have to work on ourselves. You have to move your body somehow, because there is a direct correlation between productivity, creativity—all this great stuff that comes from the benefits of exercise.

I’ve never wavered on the belief that this funky looking thing can literally change the face of fitness. It’s not expensive, it’s not glamorous. And what happened? The fitness industry moved into exactly where it is now. Things like CrossFit are more and more popular; people want to play more, they want to move more. They want to use the ropes and the kettlebells more.