Make your return to the office easier—get 25% off a WeWork All Access membership for the first 3 months. Terms apply. Learn More
MEMBER SPOTLIGHT
Mark Sullivan
November 24, 2015

When the founders of Tiggly first met with Sesame Street more than two years ago, they didn’t get the answer they wanted to hear.

“That was back when we were more or less a new company,” says Bart Clareman, one of the three founders of the maker of interactive games for kids. “Here we were, this tiny startup, and there they were, Sesame Street. There was a lot of excitement in the room, but the consensus was ‘You guy are still a little too early in the game.”

Fast forward to last year at a chance meeting at a trade show. This time Tiggly Math, an app that teaches young people about numbers and counting, had just been released to great reviews. Now the people at Sesame Street wanted to talk business.

“A lot had changed since we first met,” says co-founder Azadeh Jamalian. “There suddenly was all this excitement around the idea of interactive games.”

The resulting partnership led to Sesame Street Alphabet Kitchen, an app that can be viewed on most smartphones and tablets. It can also be used along with the Tiggly Words learning system, which includes colorful letters kids can place directly on the screen to spell words. 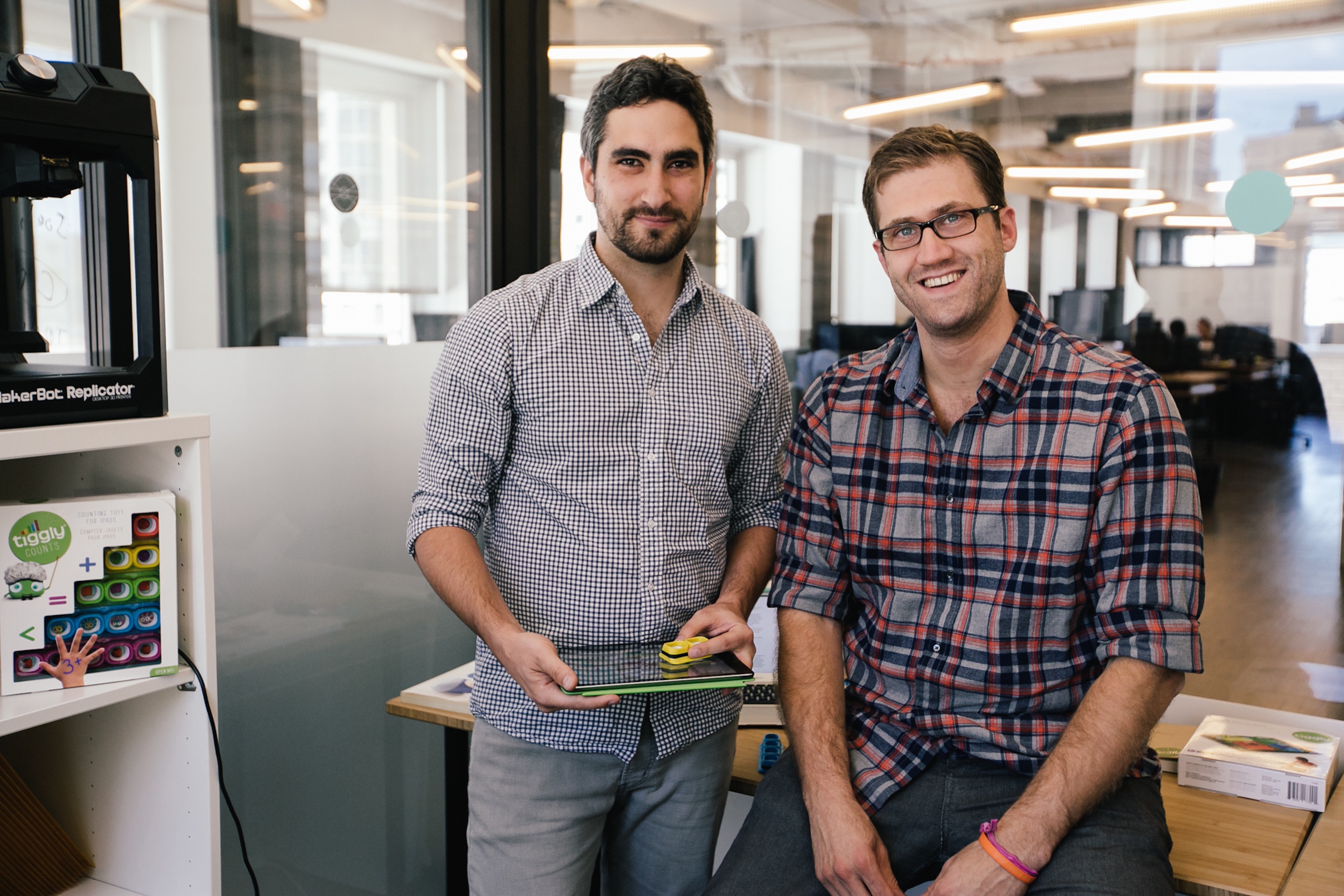 Sesame Street Alphabet Kitchen is being released November 26, just in time for the holidays. It has a deceptively simple premise: Cookie Monster asks kids to help him spell words, mix dough, and bake cookies. If they spell “pug,” for example, the cookie will be in the shape of an adorable dog.

When they’re done baking, kids can “eat” the cookies themselves or choose to share them with their blue furry friend.

“The voice acting is really awesome,” says Clareman. “If kids eat all the cookies themselves, you can hear the disappointment in Cookie Monster’s voice.”

Working with a huge company has been a learning process, says Jamalian. For example, the contract for Sesame Street Alphabet Kitchen was only signed last week—a potentially nerve-wracking situation.

“We wanted to make sure we launched the product by Thanksgiving,” says Jamalian. “That meant we needed to start it in the summer before we had a contract. But they assured us that this would really happen.”

Jamalian says they were pleasantly surprised at how hands-on the developers at Sesame Workshop were.

“We thought they wouldn’t be involved, that we’d have to chase them for feedback and approval,” she says. “But they were really awesome in being a part of the product. They had feedback for every single detail, down to the color and shape of every cookie in the app, and there are hundreds and hundreds of cookies in the app.”

Tiggly, a member at New York’s WeWork Fulton Center, has partnered with large companies before, including distribution deals with Target and Best Buy Canada. But the founders say this was a big learning experience for them about making the right deals at the right time.

“The thing is that for a small business, you feel like you have to move quickly because you don’t have a tremendous amount of time,” says Clareman. “ There’s nothing to say that you will still be around after a year. No doubt it can be disappointing when a potential partner gives you a ‘no for now’ answer, but you have keep it in the right perspective. It might come around again. And sure enough, for us it did.”