Henry Calle walked out of his recent job interview with the New York Aquarium certain he’d nailed it. He was delighted—if not unsurprised—when he received a job offer that same day.

“That was cool actually,” Calle says with a grin. “That was great.”

Calle, who’s studying filmmaking at Brooklyn College, hadn’t always felt that self-assured about his professional prospects. But now he’s enrolled at Bridges from School to Work, a nonprofit that helps young people with disabilities find, and keep, meaningful jobs.

“Bridges has helped me immensely,” says Calle. “I knew I had skills, but I wasn’t so good at putting it all together and structuring it and making it look nice on paper. Once I did, I felt so happy.”

Calle says the crutches he uses to get around have never held him back, but finding a job when you have a disability can be difficult. Just one-third of working-age adults with disabilities are employed, compared to 75 percent of those without disabilities.

Bridges is working in 12 cities across the country, including in WeWork spaces in New York City, Philadelphia, Boston, Los Angeles, Washington D.C., and a new space in Atlanta. For Calle, that meant meeting up near his campus at Brooklyn College with his Bridges mentor, Sam Martinez, to identify jobs, practice interview questions, and craft his résumé. Since 1989, the organization has helped over 19,000 young people like Calle find, and keep, jobs with over 5,000 employers.

“For some of our youth, this might be the first time that they are hopeful about their future,” says Anna Sammons, an employer representative at Bridges, who works out of WeWork 450 Lexington Ave in New York City.

Bridges received a WeWork for Good grant in mid-May, which awarded the organization a 100 percent rent discount from May to July for the spaces Bridges occupies in five WeWork buildings.

“The WeWork spaces have been so essential for us as an organization,” says Sammons, who hosts parent events in the common areas and even gets other WeWork companies to help out with job leads, mock interviews, and examples of workplace etiquette.

“Being professional, knowing what to say, knowing what questions to ask, I had all these things running through my head already,” says Calle about the skills he’s gleaned from Bridges. “So when the day came and I went to the job interview, I was really confident and not nervous at all.”

“They want to work and they need to work,” says Tad Asbury, vice president and executive director of Bridges. “Some of these kids are the only breadwinners in the family, some are foster kids, some are homeless.”

Knowing how to discuss your disability when job hunting can be a particularly challenging hurdle. Despite the fact that American employees are legally protected from discrimation based on a disability, one study found that applicants who disclose a disability received 26 percent fewer expressions of employer interest.

“Bridges very much helped me present my disability as more of a skill,” says Calle, adding that he now knows how to confidently discuss it in a job interview. “It’s very structured and focuses on the professional aspect of what you’re bringing and contributing to the department that you’re going to work for.”

Asbury says there’s myriad examples of student success at Bridges. One student in Dallas started out chopping vegetables in the kitchen and is now managing a restaurant where he’s looking forward to hiring Bridges students. What’s even more exciting, Asbury says, is that they’re eager to give back to their community. Every summer, in Chicago, the organization hosts an open house for new participants. Bridges alumni volunteer to sit on a panel and answer questions from new participants about what they can expect going forward.

“We want to put them in jobs and then see them grow through increases in wages and responsibilities,” says Asbury. “We want to start them down the path of having a career.”

Like many employees across the country, Bridges’ youth have been hit hard by the coronavirus pandemic, underlining the necessity of the organization’s mission. Bridges is now providing regular check-ins and training over Zoom.

“It is absolutely more important than ever to balance the scales of opportunity,” says Sammons.

“My mind was going crazy. I didn’t know how I was going to go through this quarantine without a job,” says Moises Asencio, who had just gotten a raise at his New York City retail job when his store was forced to close.

“Thank you for giving me motivational speeches for me to keep on going, and calls to see if I’m OK,” Asencio told Martinez on a recent Zoom call, causing tears to spring to Martinez’s eyes. “People don’t always do that, and I’m going to make sure that it was all worth it for you to guide me to greatness.”

FILED UNDER
COMMUNITY EDUCATION NONPROFIT
Interested in workspace? Get in touch. 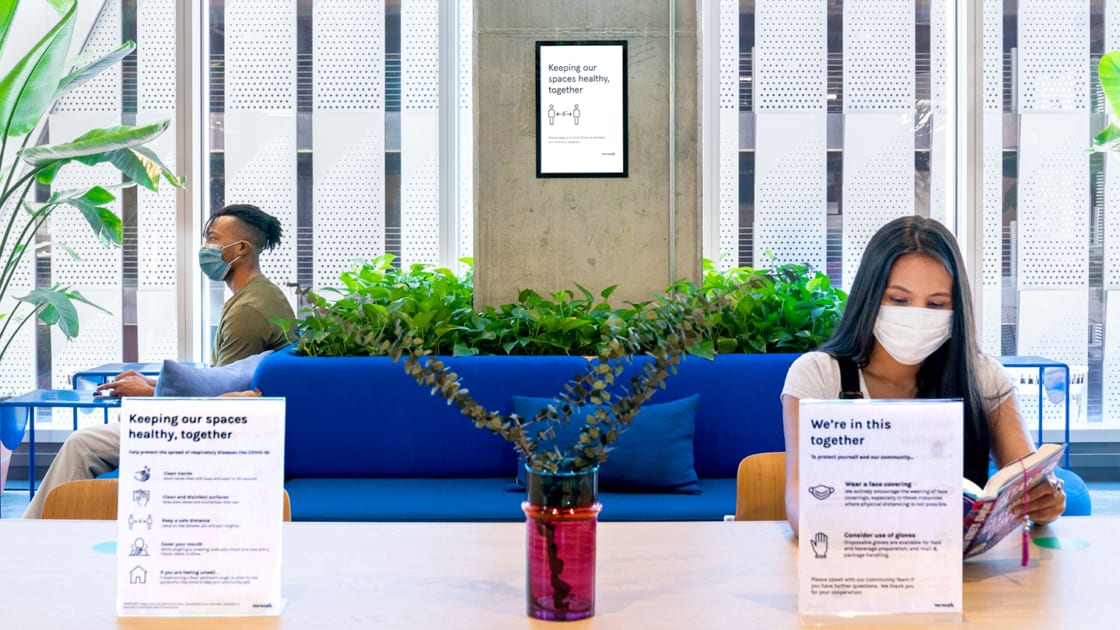 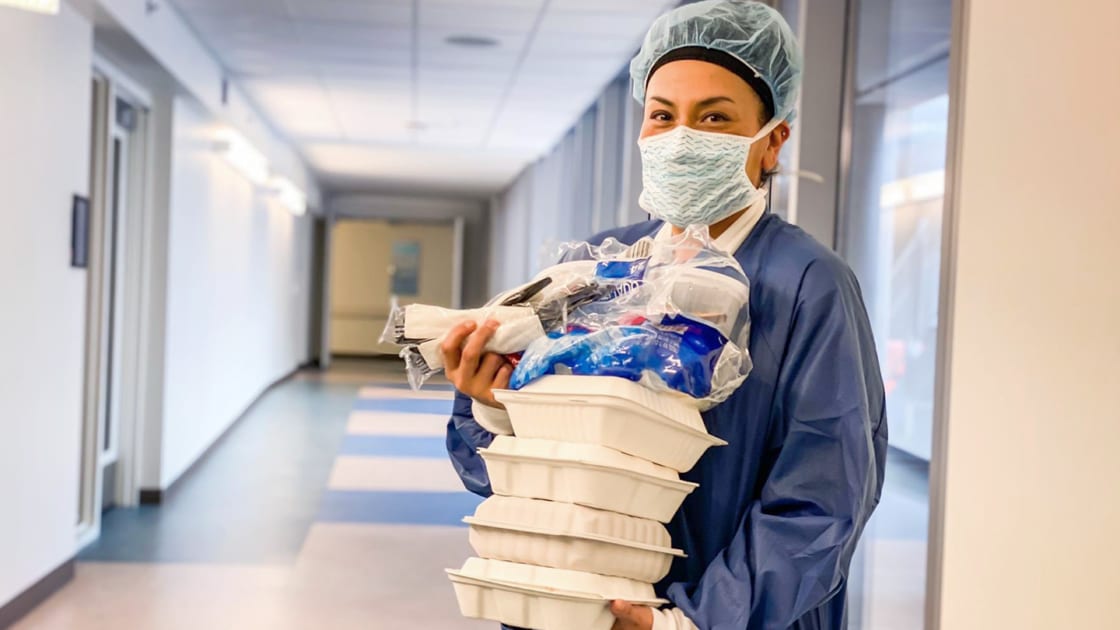 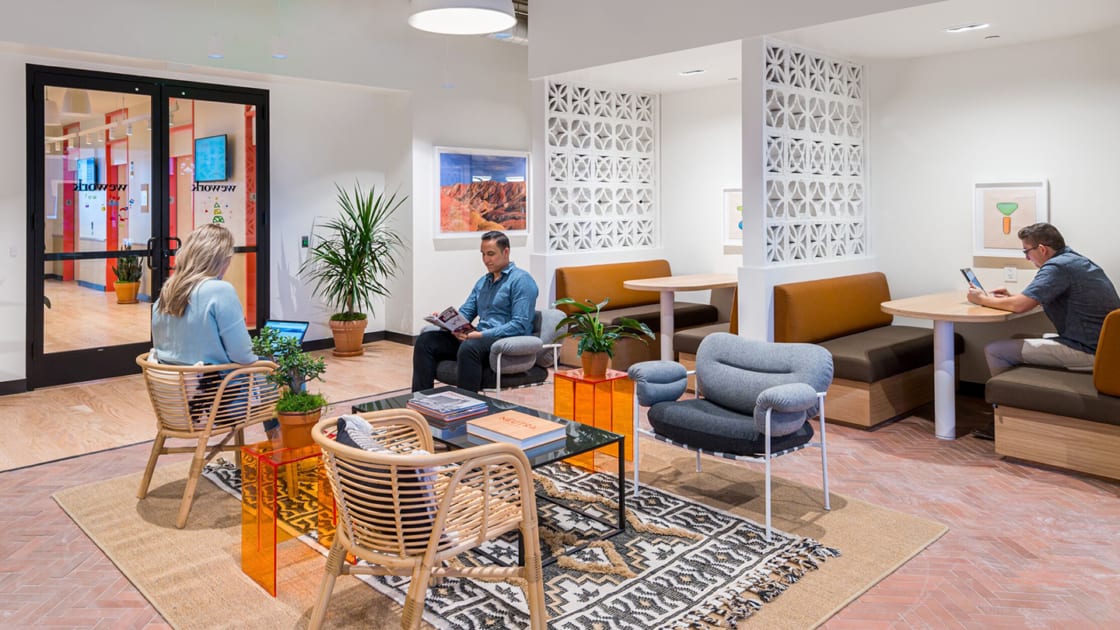