An accessibility expert finds a home base at WeWork

Arnold Cheng never intended to start a company. But in 2018, he was working part-time and freelancing for a disability advocacy organization called the Rick Hansen Foundation (RHF). Then RHF asked for Cheng’s help with something new.

“They were launching an accessibility certification program here in Canada and they were a little short-handed,” says Cheng. “When I went to drop off my freelance contract, my old manager practically begged me to apply for that program and help them out.”

RHF’s new program established nationwide standards that rated the accessibility of Canadian buildings and companies on a points system. Similar to the way the LEED green building rating system works, certified accessibility professionals conduct audits and score spaces based on factors like vehicular access, path of travel indoors, wayfinding and signage, and acoustic considerations. Once companies receive a rating, they can work with consultants to make changes that can improve their scores.

Cheng found that he really enjoyed the work. “I ended up liking [the consulting] because I use a wheelchair myself, and there are some things I saw that other people did not,” he says. “Instead of feeling frustrated about how certain things aren’t accessible, particularly office spaces, I was able to actually do something about it.”

Hitting his stride in a new career

What began as a side project quickly grew into something much bigger. In summer 2019, a few months after earning his RHF certification, Cheng launched his own consulting firm, called Spectrum Ability. He primarily works with companies that may have undergone an audit previously and want to improve their accessibility according to current standards. For those clients, Cheng gets the company up to speed on RHF guidelines and then works with them if they decide to pursue changes. He also works with businesses that may want to undergo an RHF audit but aren’t sure where to begin. Once a company requests an audit, he starts from the outside and works his way in—assessing the building’s transit stop or parking lot, then moving on to the reception area, bathrooms, and then the workspaces themselves.

“There’s a lot of focus on how to serve people with disabilities but not how to employ them,” he says. “For example, if you have a brain injury, and you’re sensitive to fluorescent lights, what are some options you can have? Or let’s say you have a vision issue, what can a company do better? Because when [potential clients] tell me they don’t have any people with disabilities working for them, I always say, ‘You don’t have any that you know of.’”

Whenever I’m feeling stressed, the community team is always chipper.

While the wheelchair is a universal symbol for disabilities, Cheng explains, in reality most disabilities are on a spectrum of ability—for example, low vision versus complete lack of vision, or a hurt knee from college basketball versus a visible lack of mobility. When he mentions this point to prospective clients, Cheng calls it a light bulb moment.

“Many people start thinking, Well, who would fit that category?” he says. “Chances are they probably know someone or they might have someone who’s working into older age who might be facing those issues.”

Assessing a workplace of his own

Cheng’s quick leap into business ownership was only possible with a strong workplace foundation of his own. After looking into a number of office options around Vancouver, where he’s based, he found WeWork Marine Gateway and quickly determined that it supported and enhanced his venture in a number of ways.

The first elements that spoke to this accessibility professional were, not surprisingly, accessibility features, starting with the location of the building itself. It’s set in a commercial development in South Vancouver, an area that’s easier for Cheng to navigate than the city’s downtown. 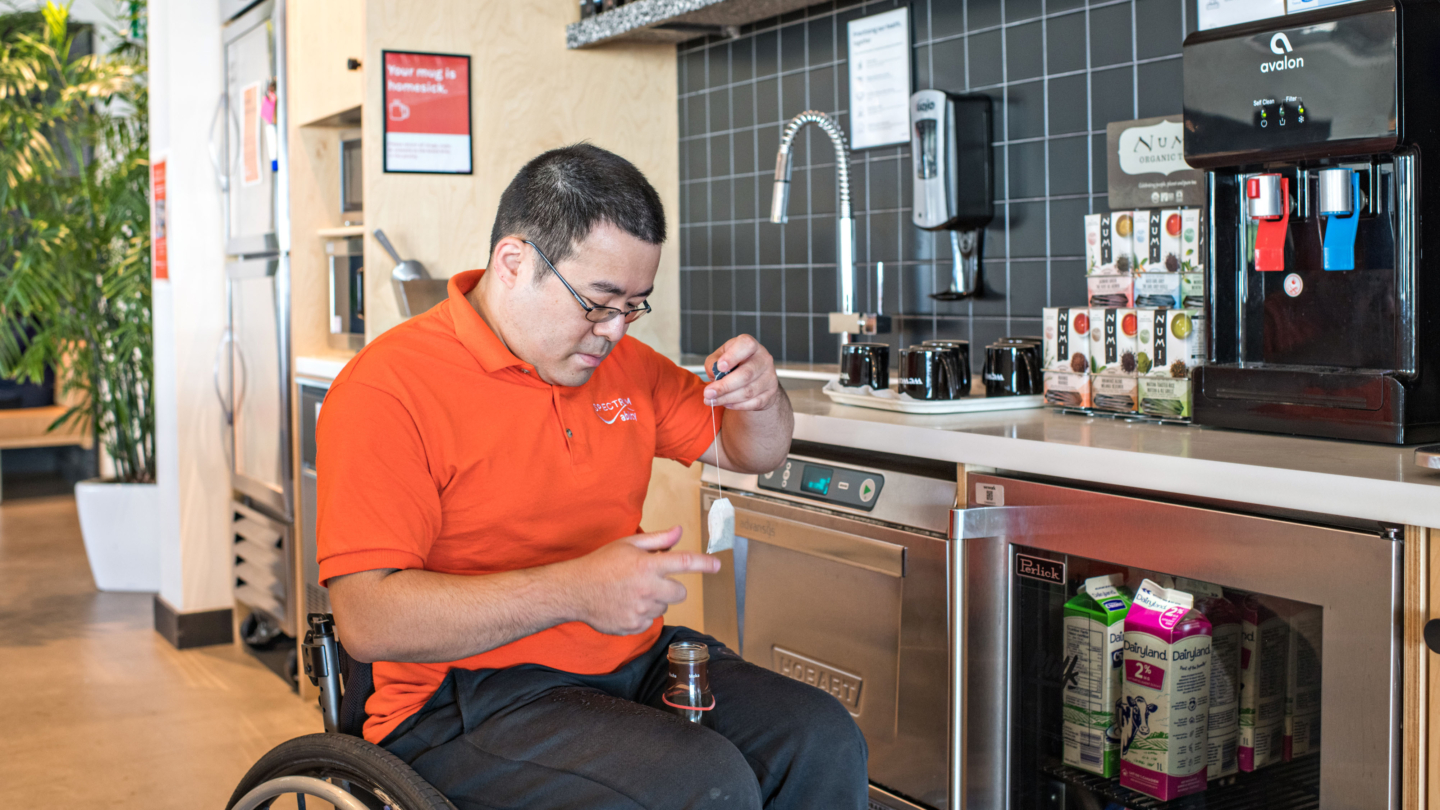 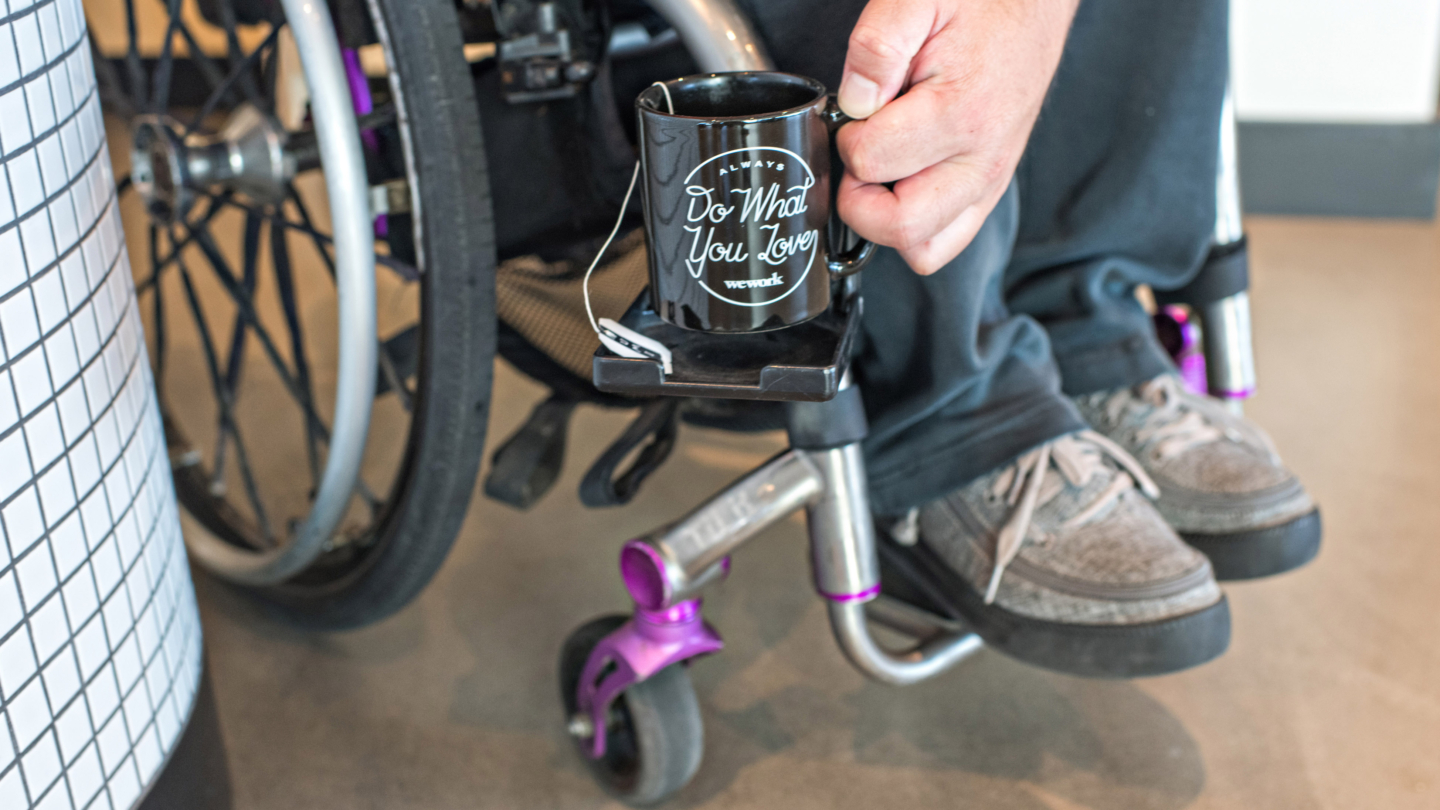 Cheng appreciates the sense of community he found at WeWork.

Inside, WeWork Marine Gateway was retrofitted with accessibility features, which made it Cheng’s top choice. It wasn’t just that the office space had features like a safe entryway in the front of the building, elevators between floors, accessible bathrooms, and doors painted in colors that contrast with the walls. It was that, when Cheng voiced his concerns to building managers of some of the offices he ended up not choosing, many of them, he says, didn’t seem interested in improvement.

When he toured WeWork, however, he noticed a difference. “I was impressed by the place right away,” he says. “Every time I would have a suggestion to improve the space even further, I felt listened to.”

That sense of care has made WeWork particularly important to Cheng, personally and professionally. His sense of connection comes from working alongside other members who are building their own businesses too.

“When you’re working alone without anyone around you, you have no way of knowing whether or not you’re doing well, and you’re also feeling a little bit alone,” he says. “Are you on the right path? Are you building your business the right way? At WeWork, there are people around me who are on the same page.”

Sometimes he bounces ideas off other members. Or they exchange complementary expertise, from legal advice to design. “It’s a web of fabulous unknowns,” says Cheng. “You’re one part of that web, but you don’t know where each branch goes to.” 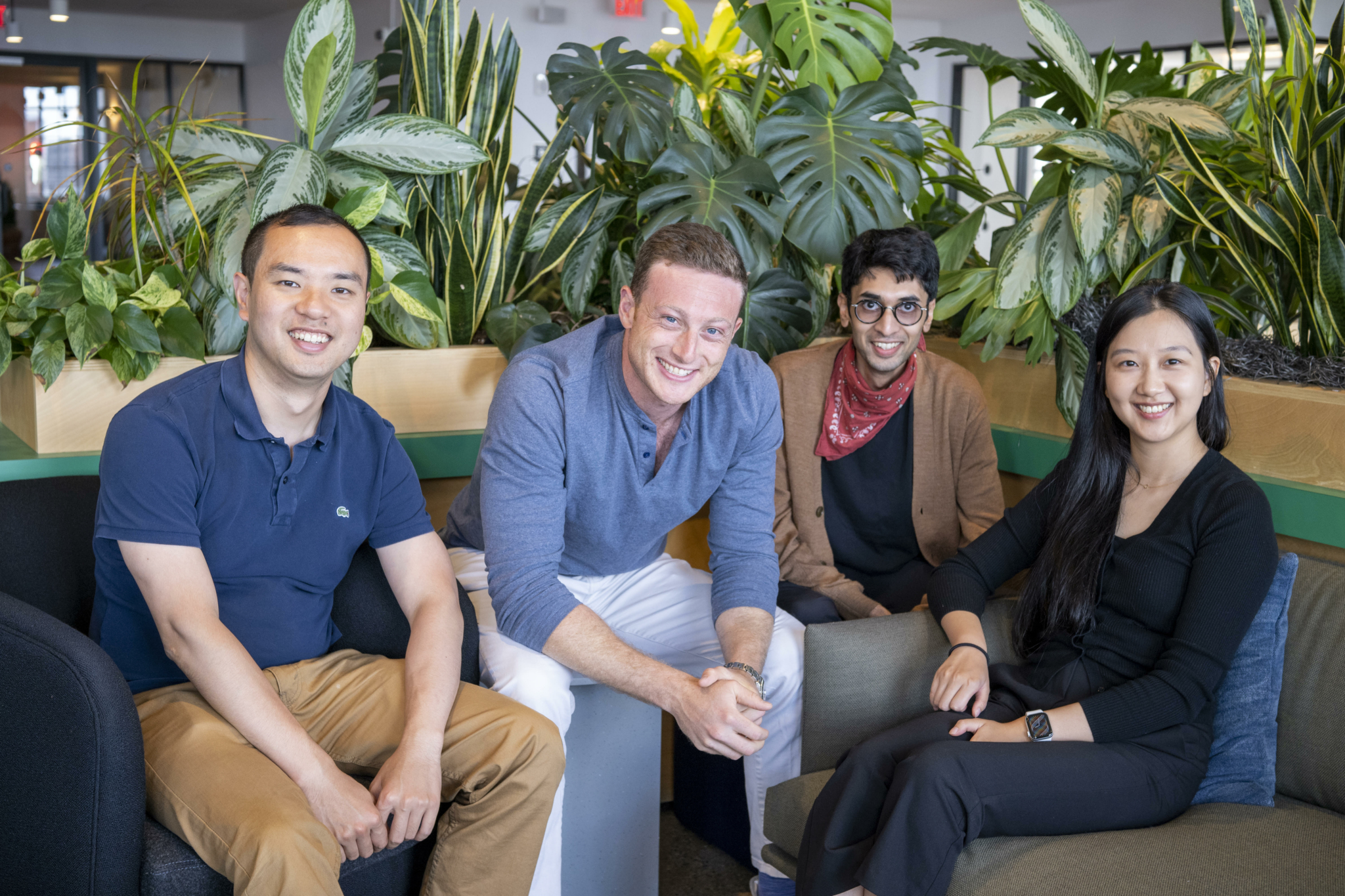 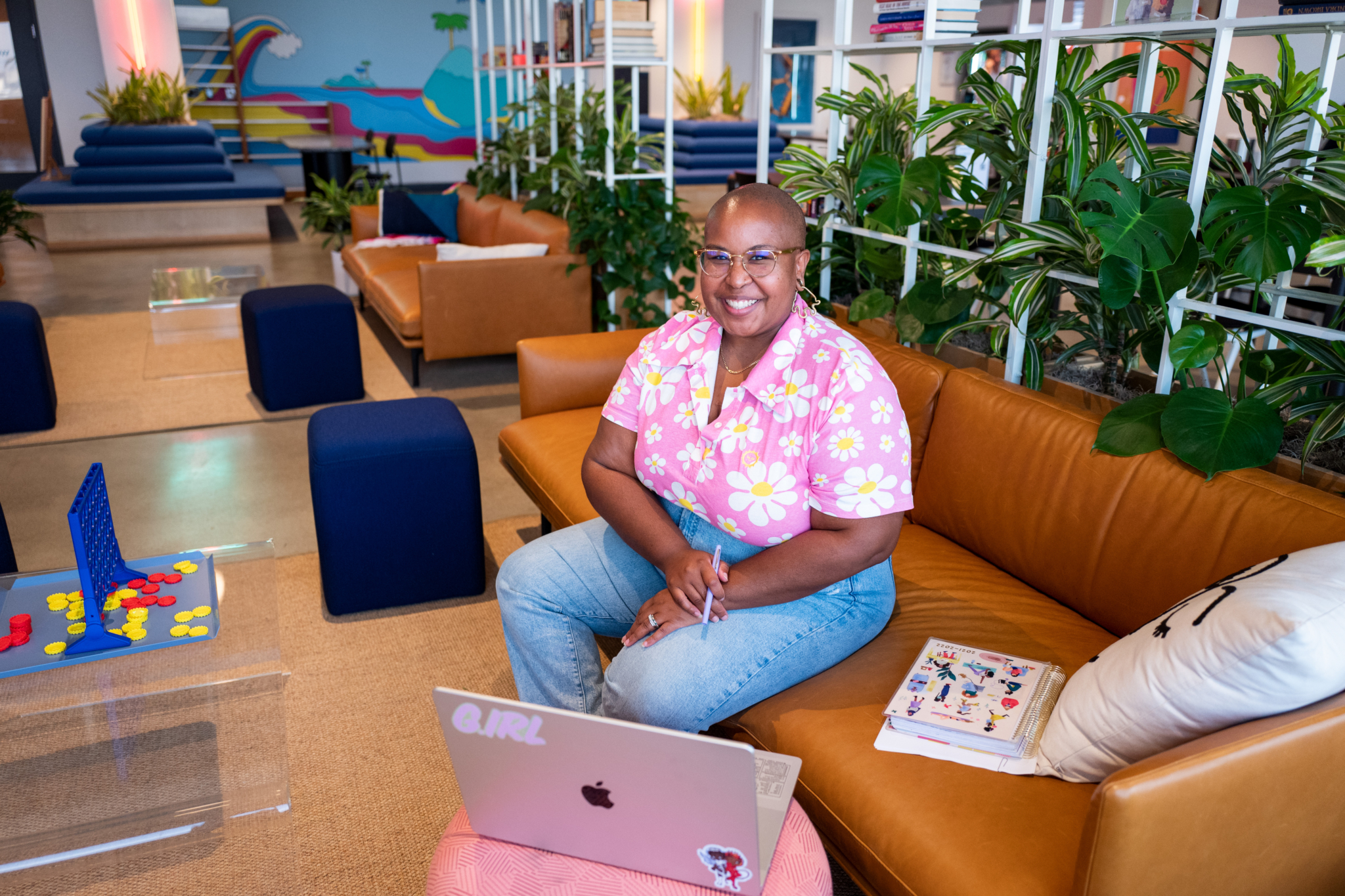 Finally, he says, the WeWork community team generates a sense of care that permeates the office, which has been integral to Cheng’s mental health through the ups and downs of business ownership.

“Whenever I’m feeling stressed, the community team is always chipper,” says Cheng. “I just go out there and check my mail, but I also chat with them a little and they can make me feel better in just one go. People don’t realize the value in that.”

Anna Dimond is a writer, editor, and content producer based in Los Angeles and in Cape Cod, MA. She covers the outdoors, culture, business, and politics for The New York Times, The Washington Post, ESPN, and Red Bull, among others.

Was this article useful?
Category
Member Spotlight
Tags
ALL THE WAYS YOU WORK
COMMUNITY
IMPACT